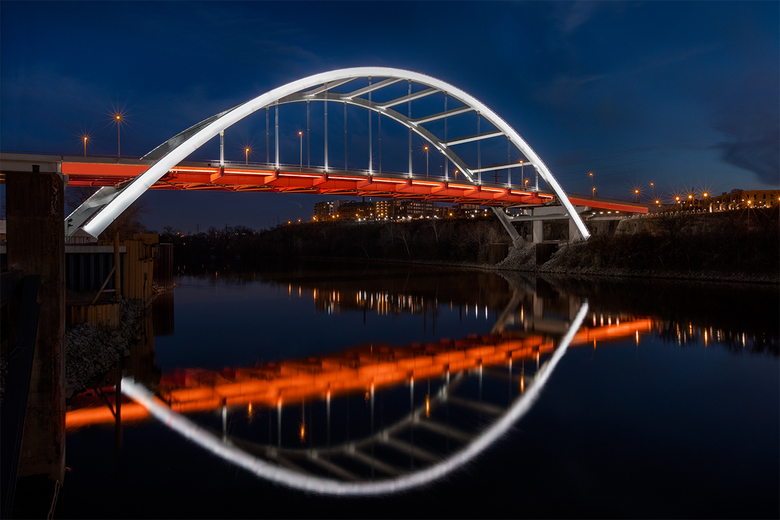 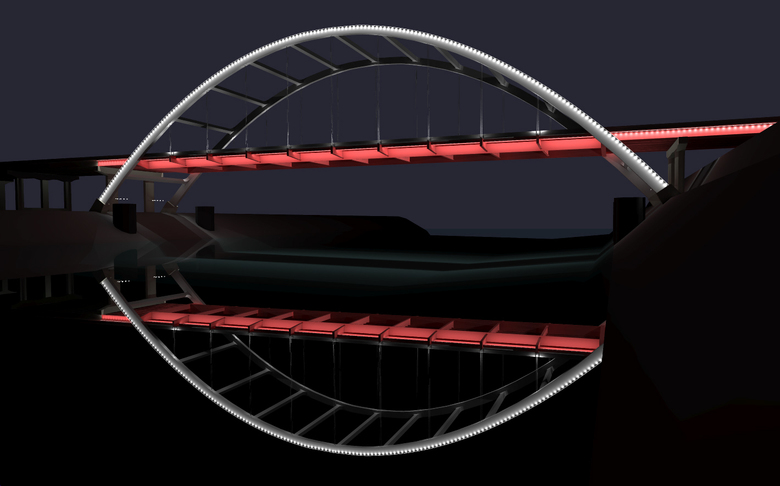 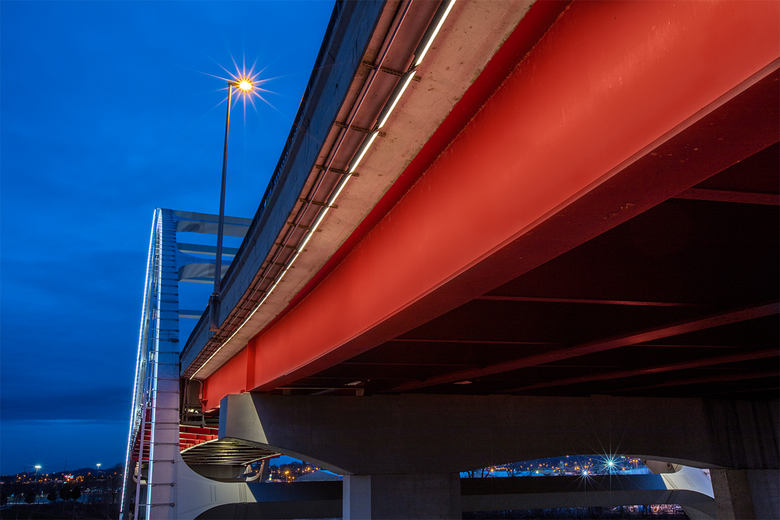 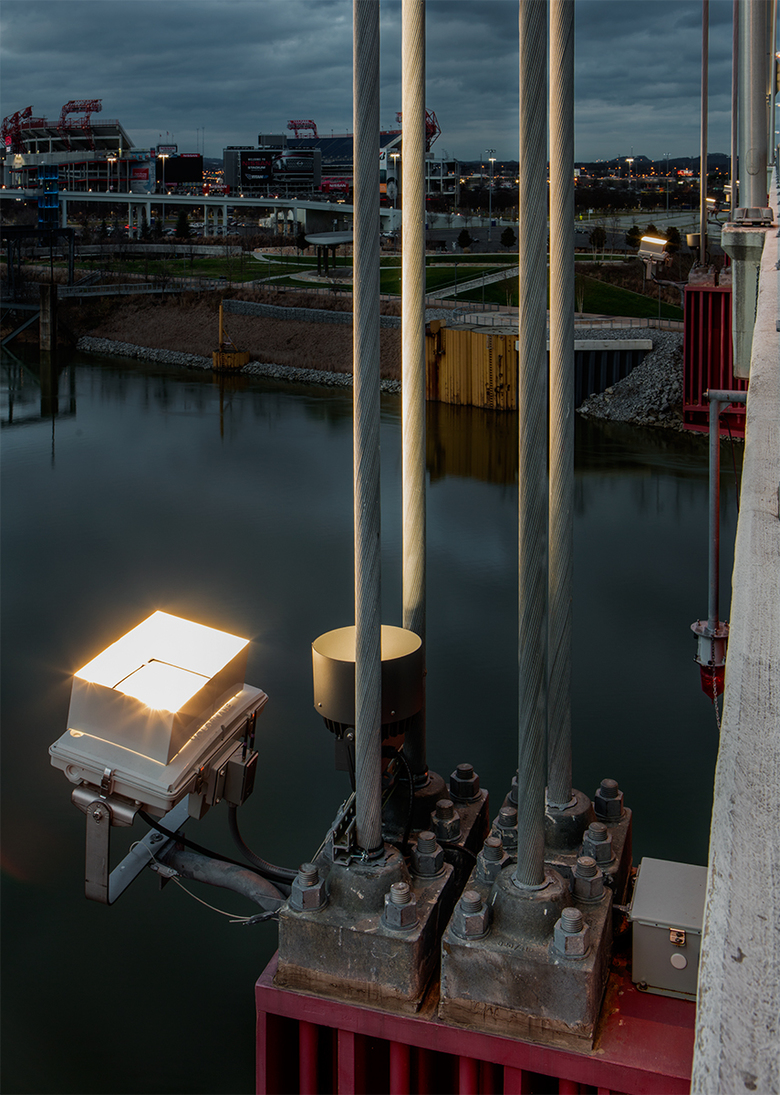 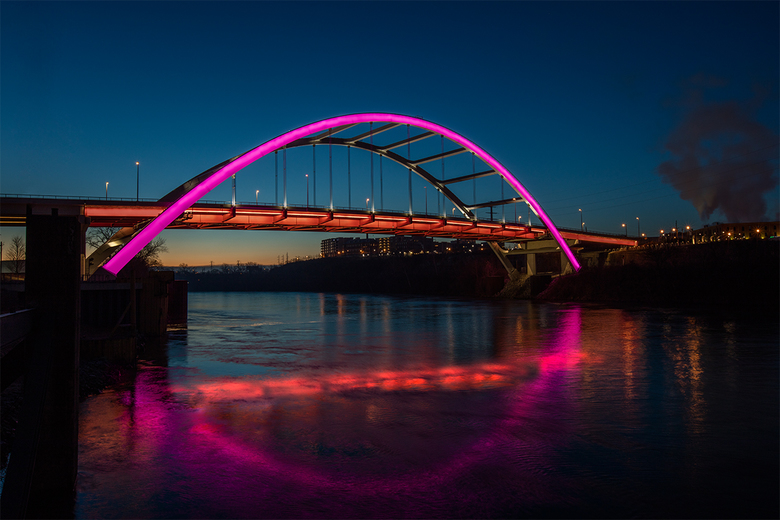 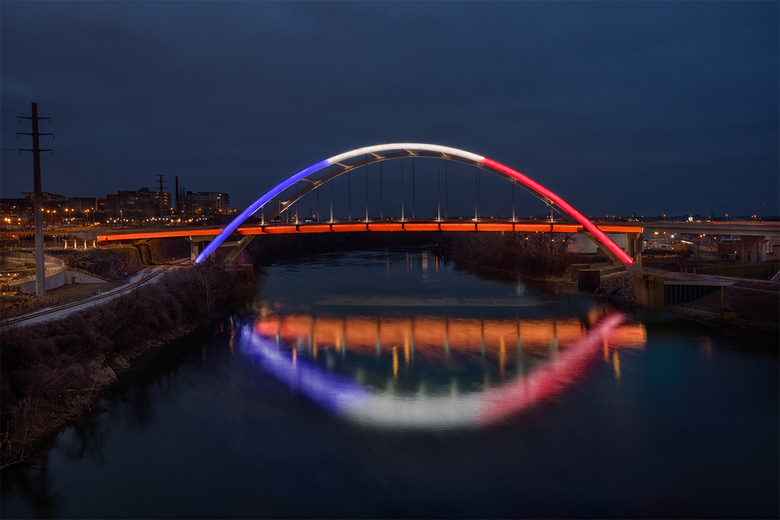 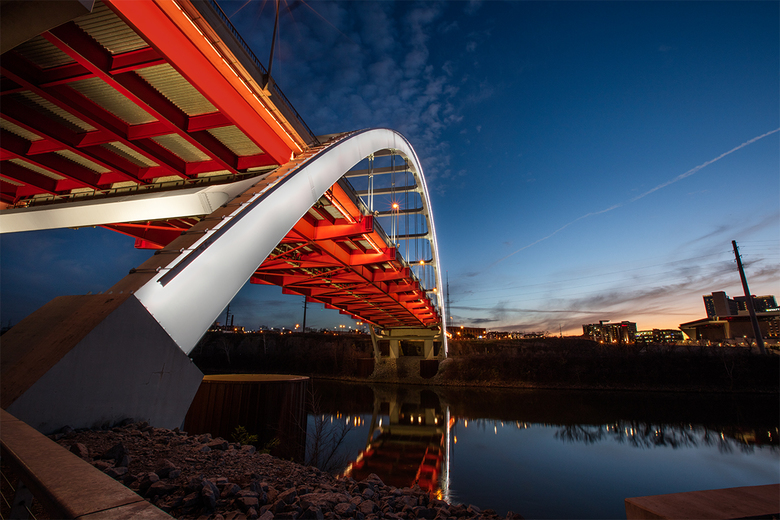 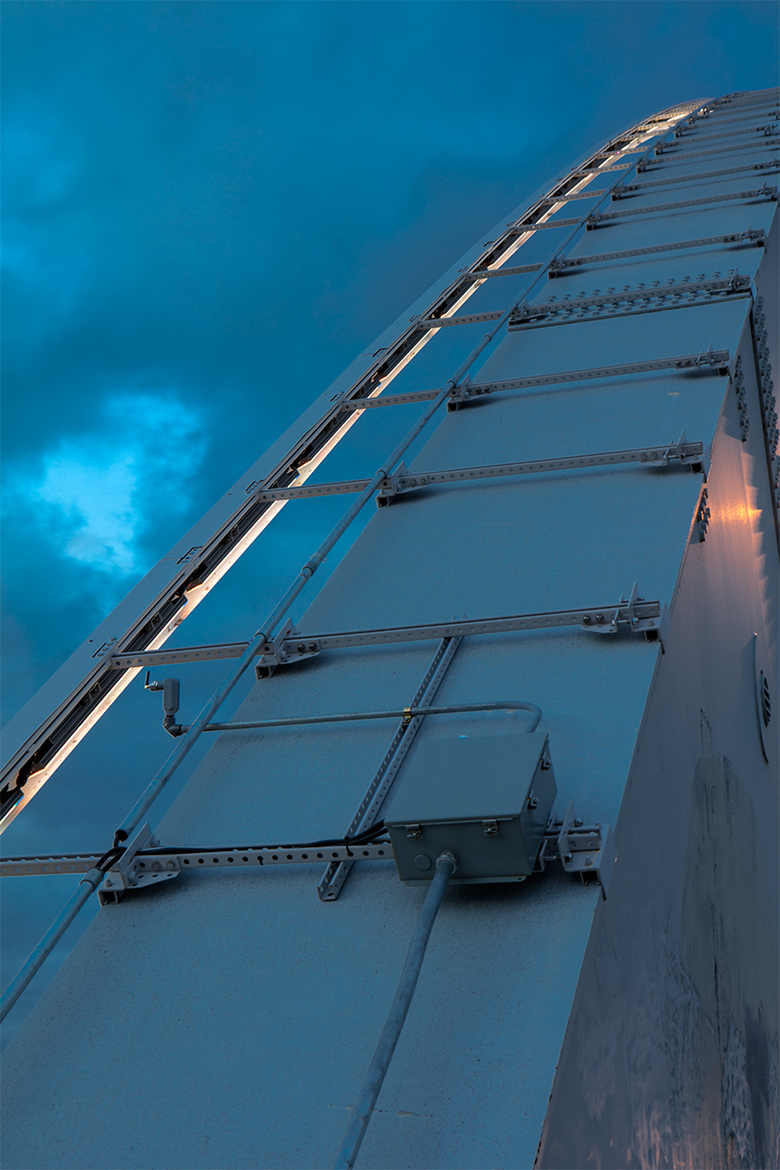 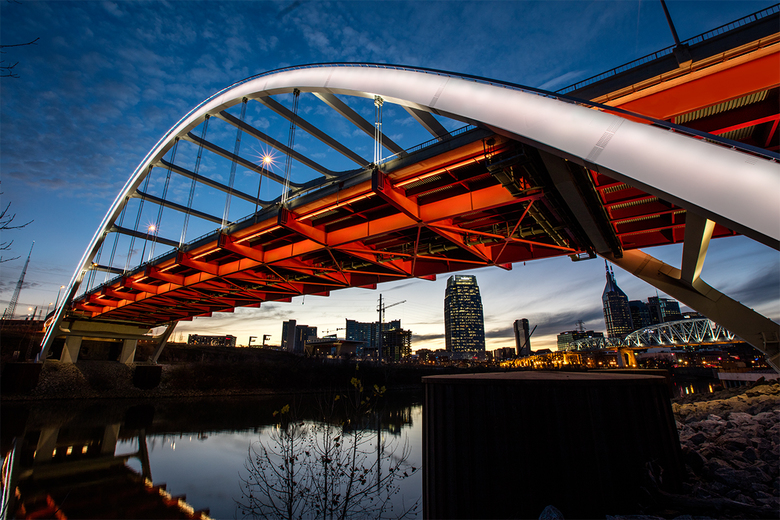 In a mere eleven months – from concept to completion – an existing bridge was transformed by lighting alone into an “icon” of the city, emblematic of a resurgent Nashville. Despite this rather breathtaking design and construction schedule, replacement of the existing and rather underwhelming cable lighting with a wirelessly-controlled, remotely-accessible LED system was inevitable given the energy savings, luminaire durability and versatility; determining the best option to celebrate the entire structure less so. Multiple approaches were evaluated for visual impact, effect on structure, glare control, mitigation of light pollution, maintainability and, as a municipal project, adherence to budget. Lighting calculations performed during the design phase, and mockups undertaken during construction, bore out the validity of the final selection. Remarkably, the design process was so thorough that the Contractor needed no RFIs during construction. When all is said and done, structure-mounted linear LED luminaires, deeply-shielded arch and cable washers as well as land-based pole-mounted floodlights balance the bridge’s dynamic civic presence with the Nashville night.