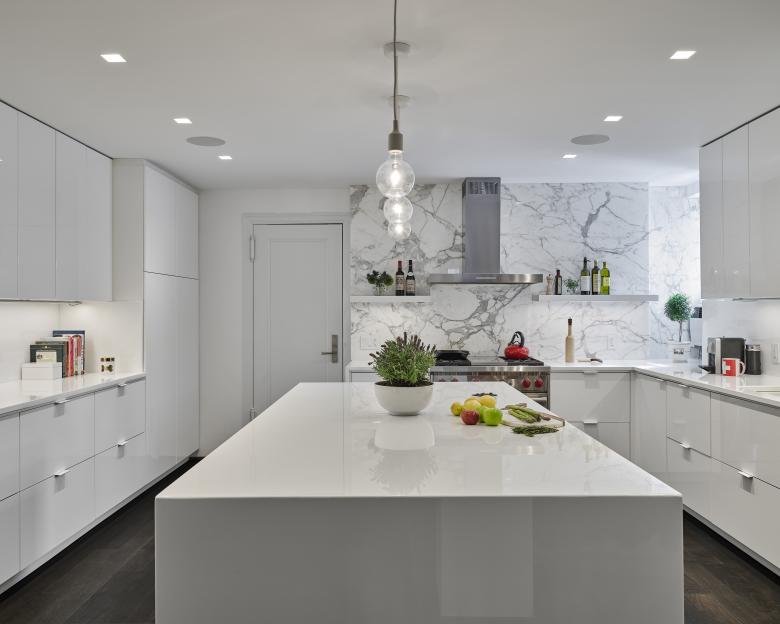 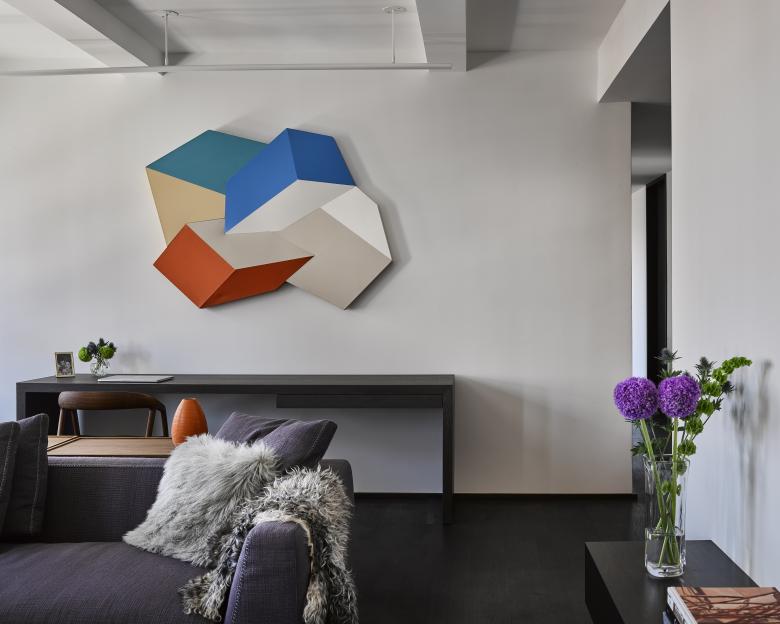 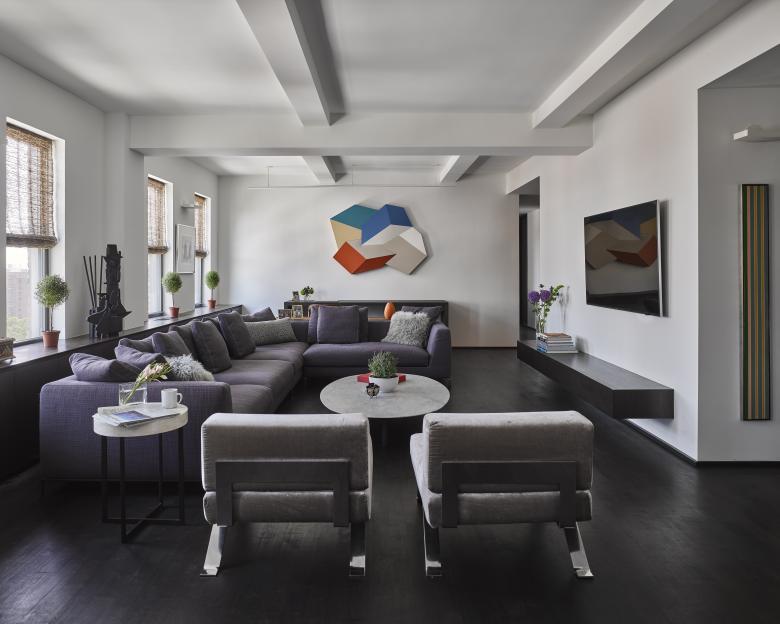 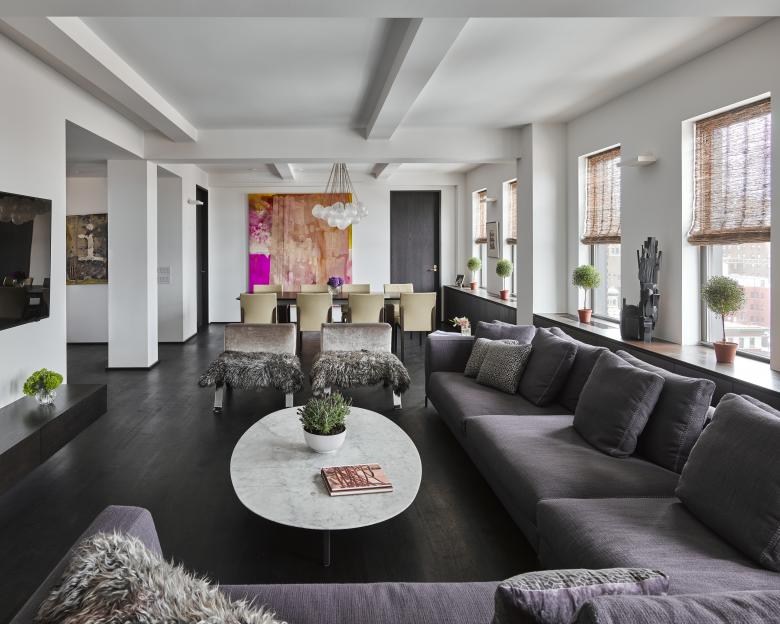 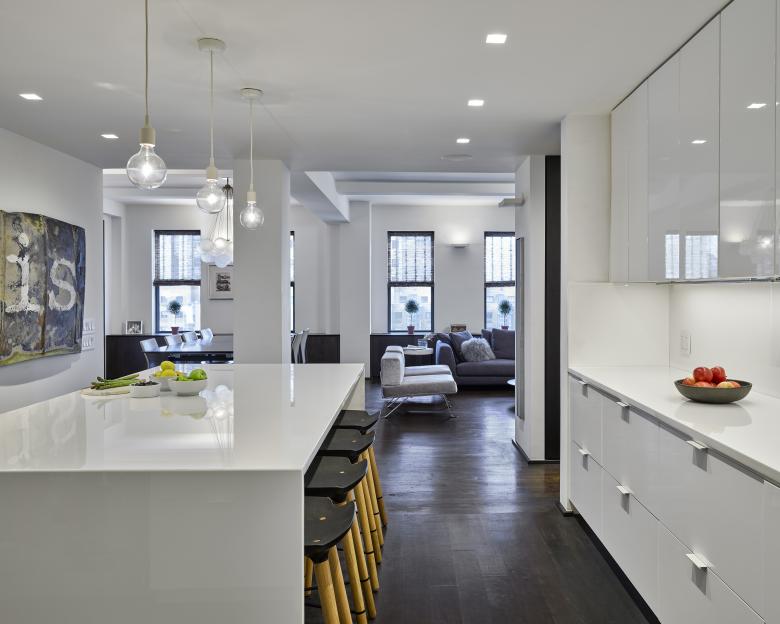 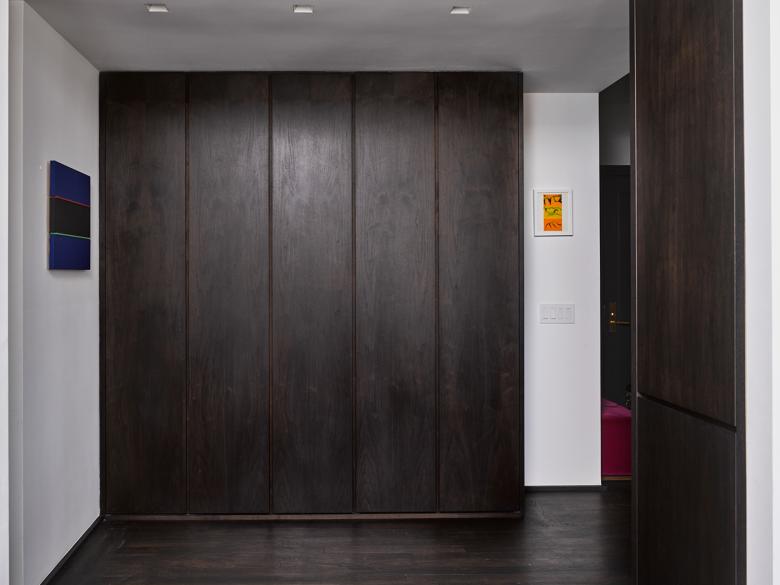 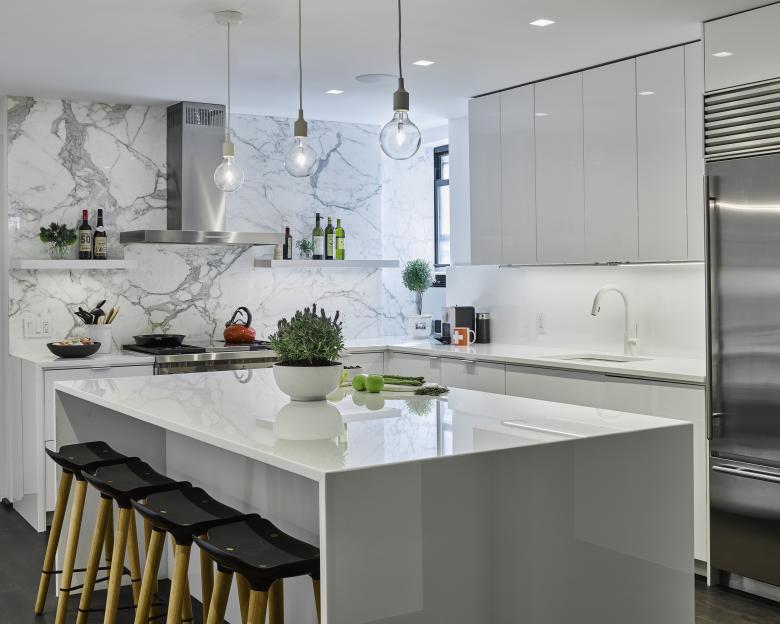 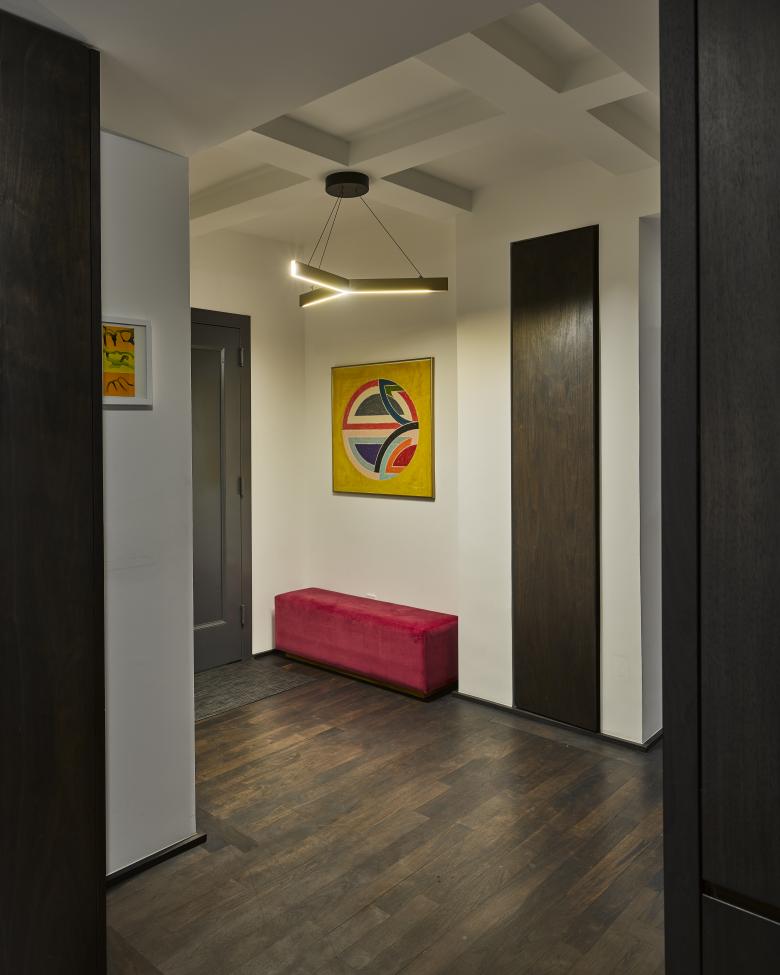 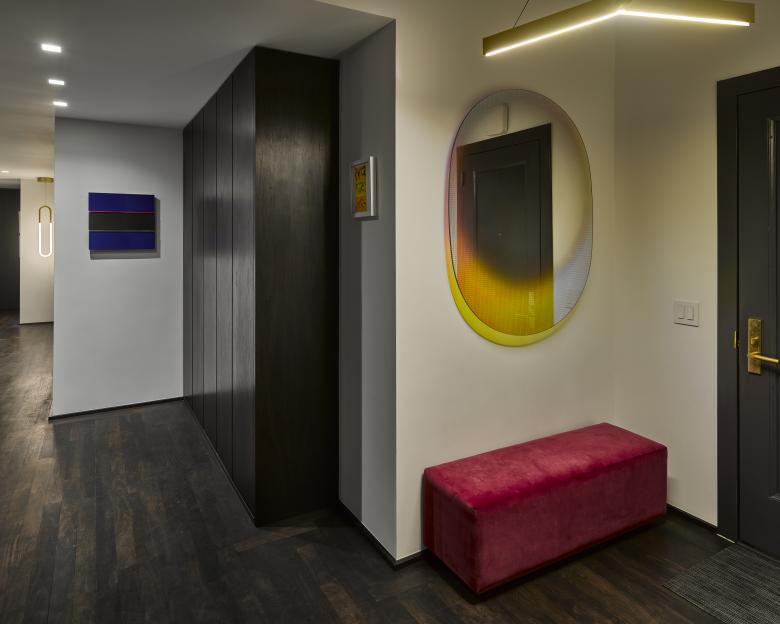 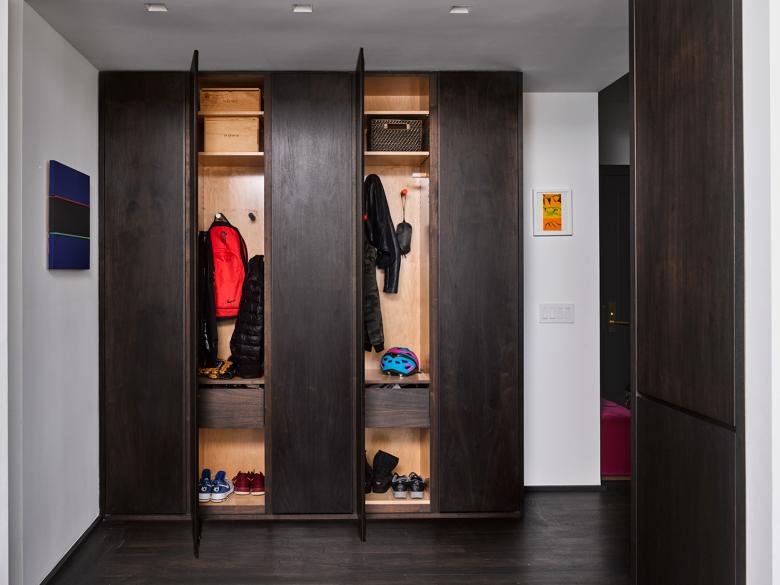 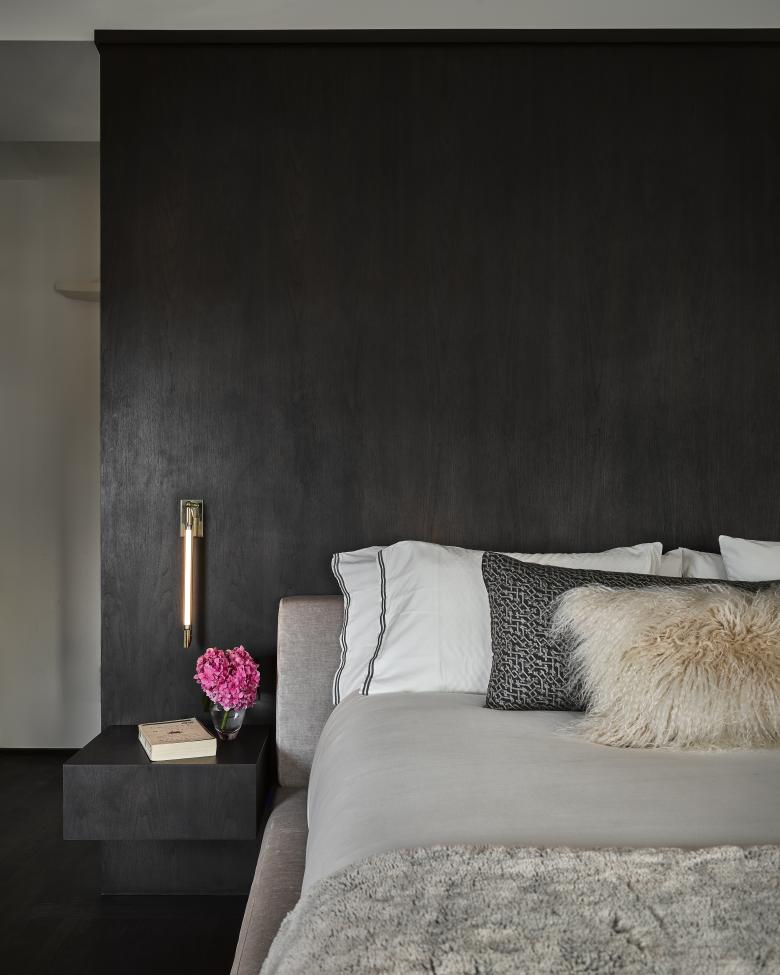 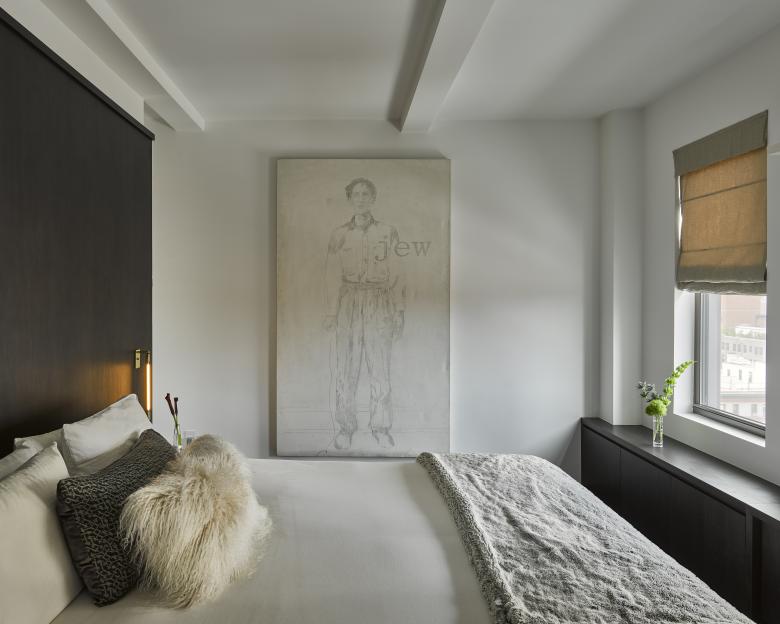 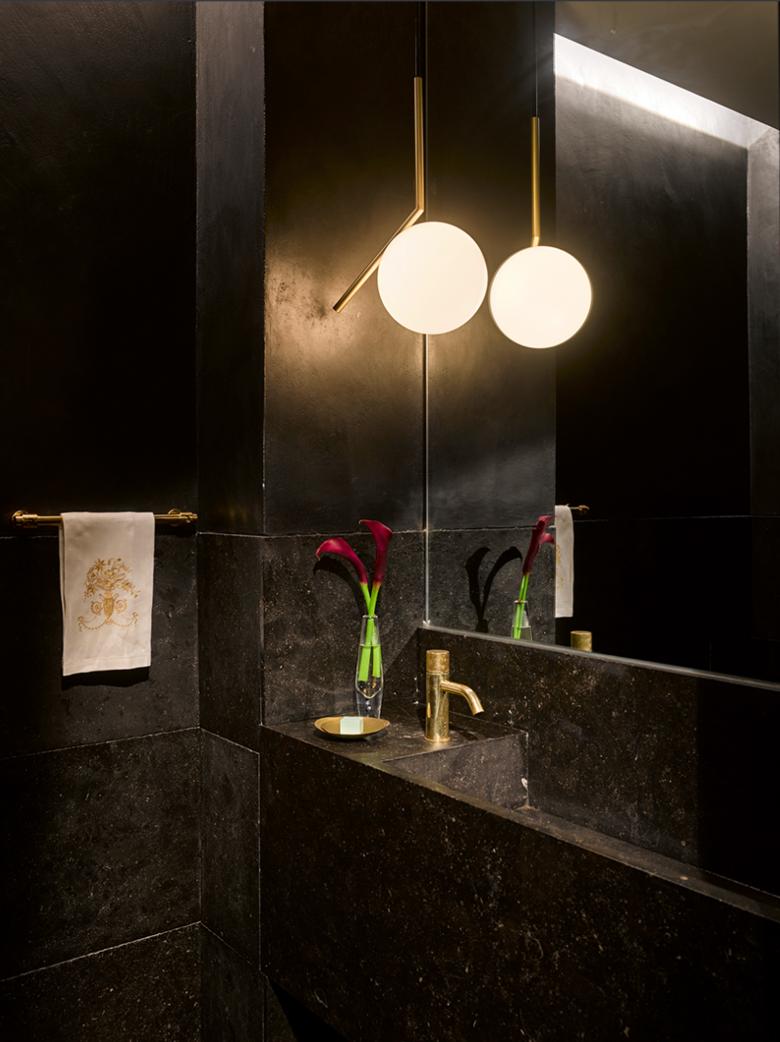 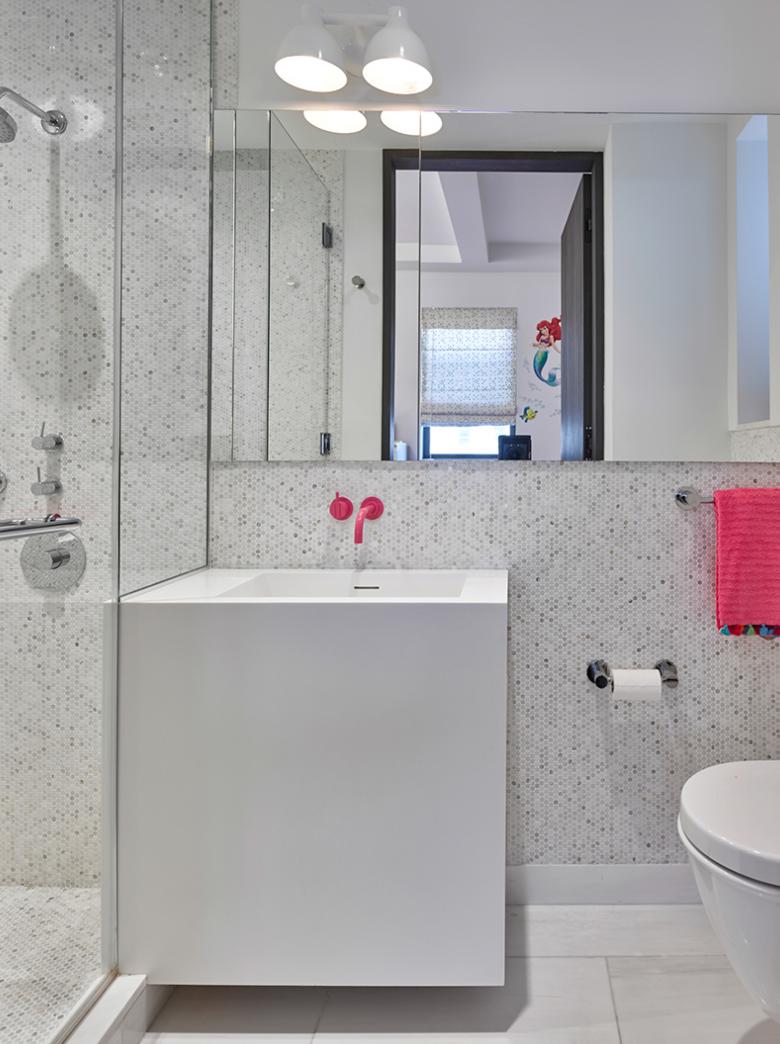 Coveting an open floor plan, the owner of two formerly traditional Upper East Side apartments hired De-Spec to overseeing combining them into one modern home. Understanding the family of six’s needs, emphasis was given to structuring the 3,700-square-foot home around family life in the digital age, with the goal of lessening children’s desire to hide in their private rooms. In this way architecture and programming serves as a central catalyst for their family’s life. The five-bedroom home includes a large open kitchen that flows into the dining and living room and a cavernous master suite for relief from family sounds. De-Specs familiarity with ‘wet over dry rules’, maintain of ‘riser walls’ and the banging steam pipes served instrumental in overcoming design challenges and figuring out the jigsaw puzzle around core elements.

Architecturally, two apartments were combined to meet the spatial needs of a family of six. With five bedrooms, including a cavernous master suite for relief from the family sounds, this apartment also features a large square open kitchen and Island which unfolds into the living room. The emphasis was on reconstructing family life in the digital age by creating a larger communal space between the kitchen, living room, and bedrooms.

Once the Living room, dining room were opened to each other, the row of windows appeared and organized the space. Windows facing North open space on 11th floor, really allowed the house to feel open to light and air. For the more pragmatic issues of arrival of four kids, with coats, bags, shoes, balls and bats, the entry foyer was designed like a ‘mud room’ with five vertical lockers, one for keys and mail and two coat closets, one for guests and two for the parents on the opposite wall. The master bedroom, an important place for parents of four, was layered with a walk-in closet, a closet off of the bathroom and bedroom facing the windows, with built-in head board and side tables.