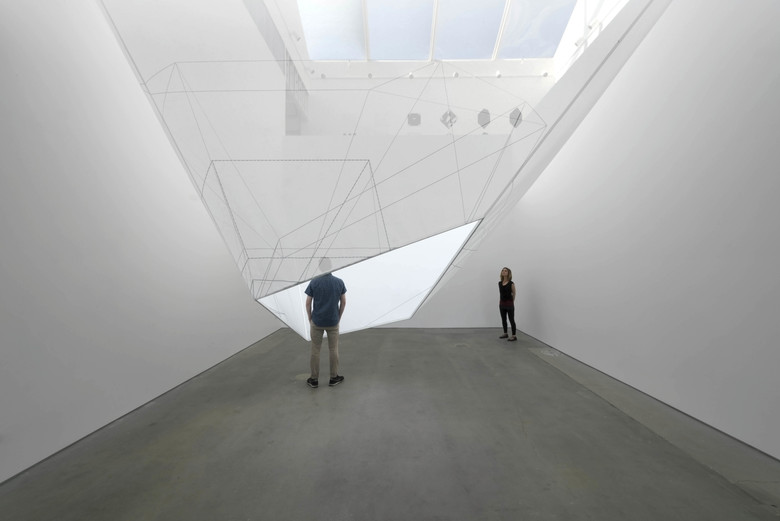 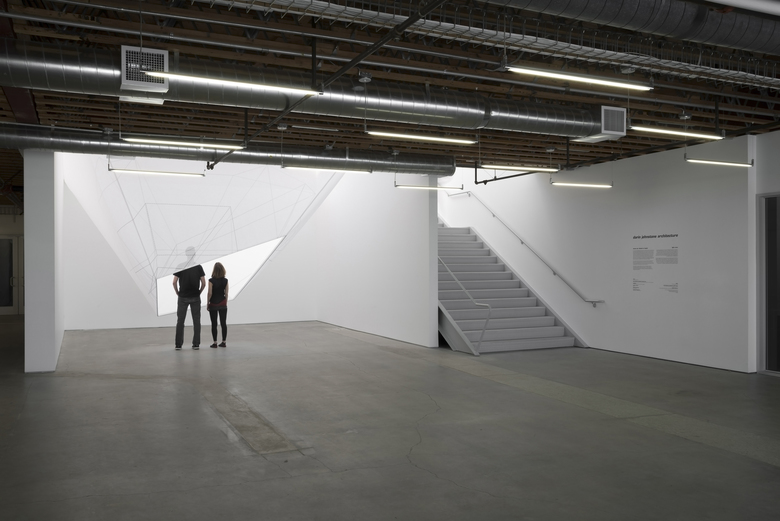 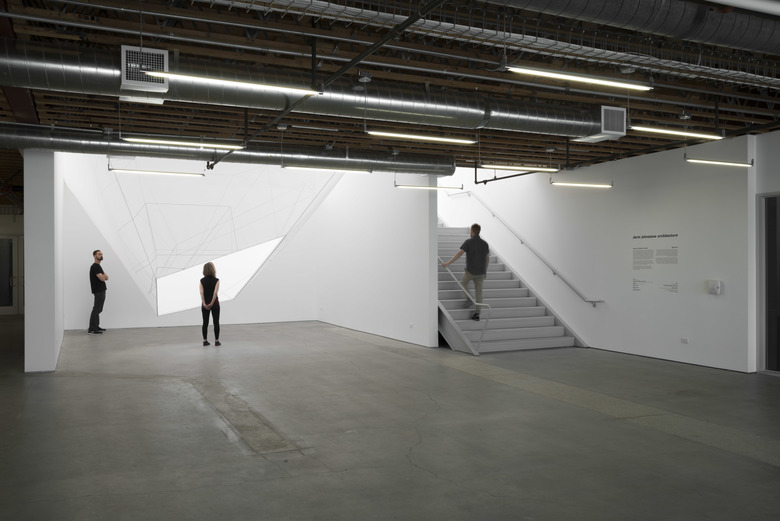 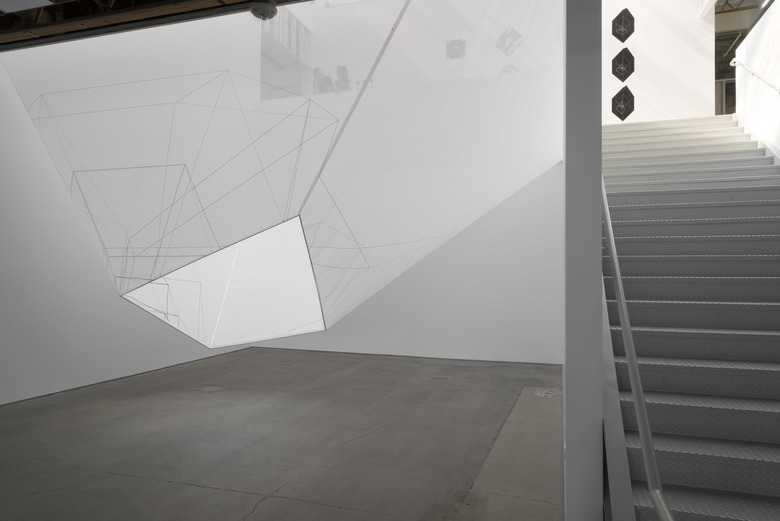 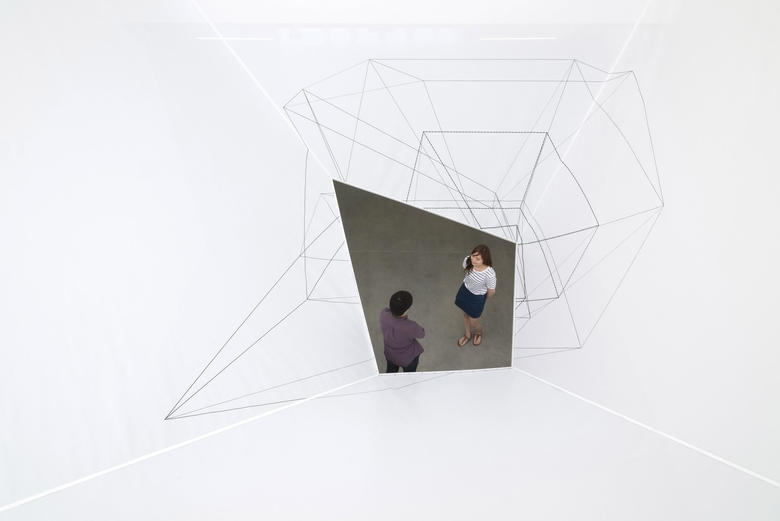 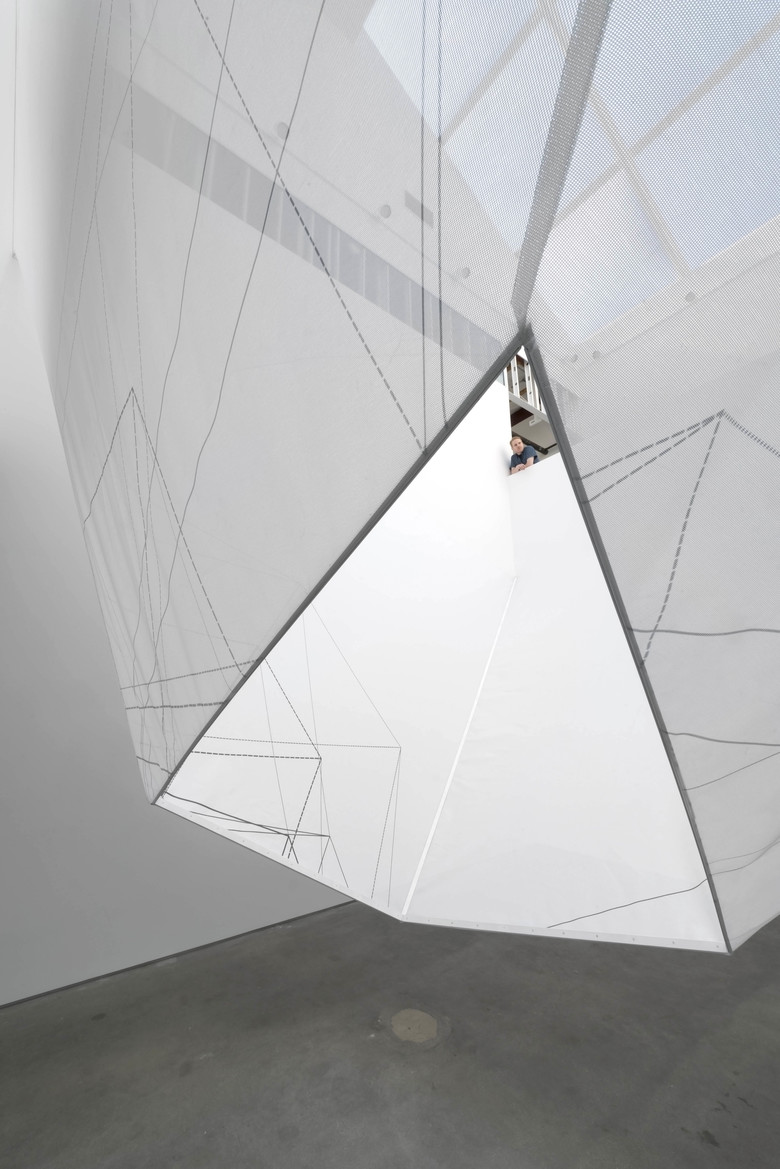 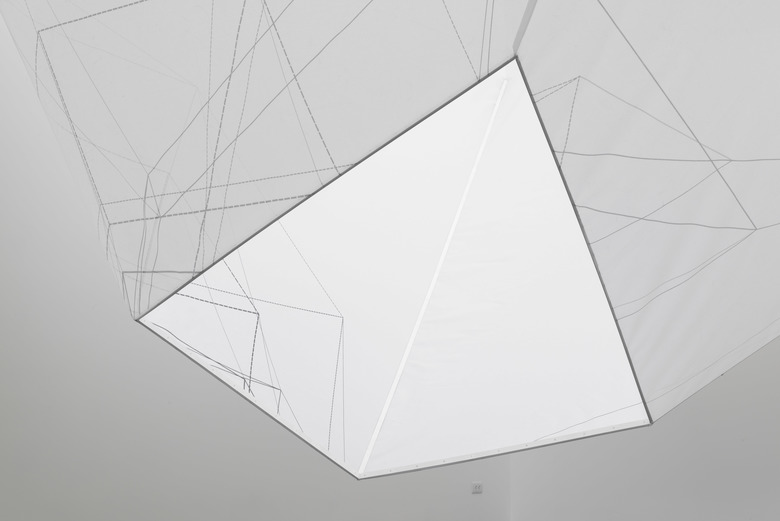 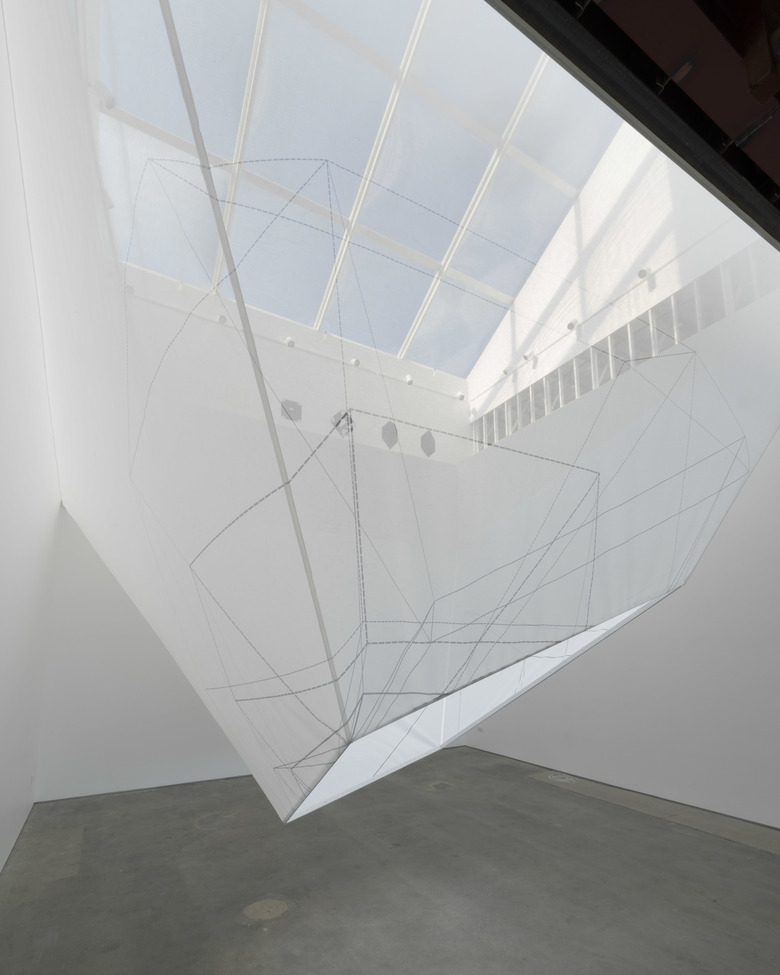 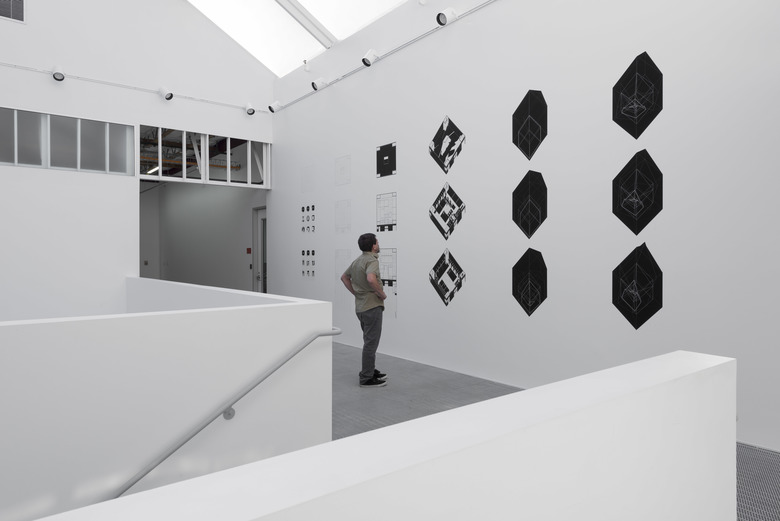 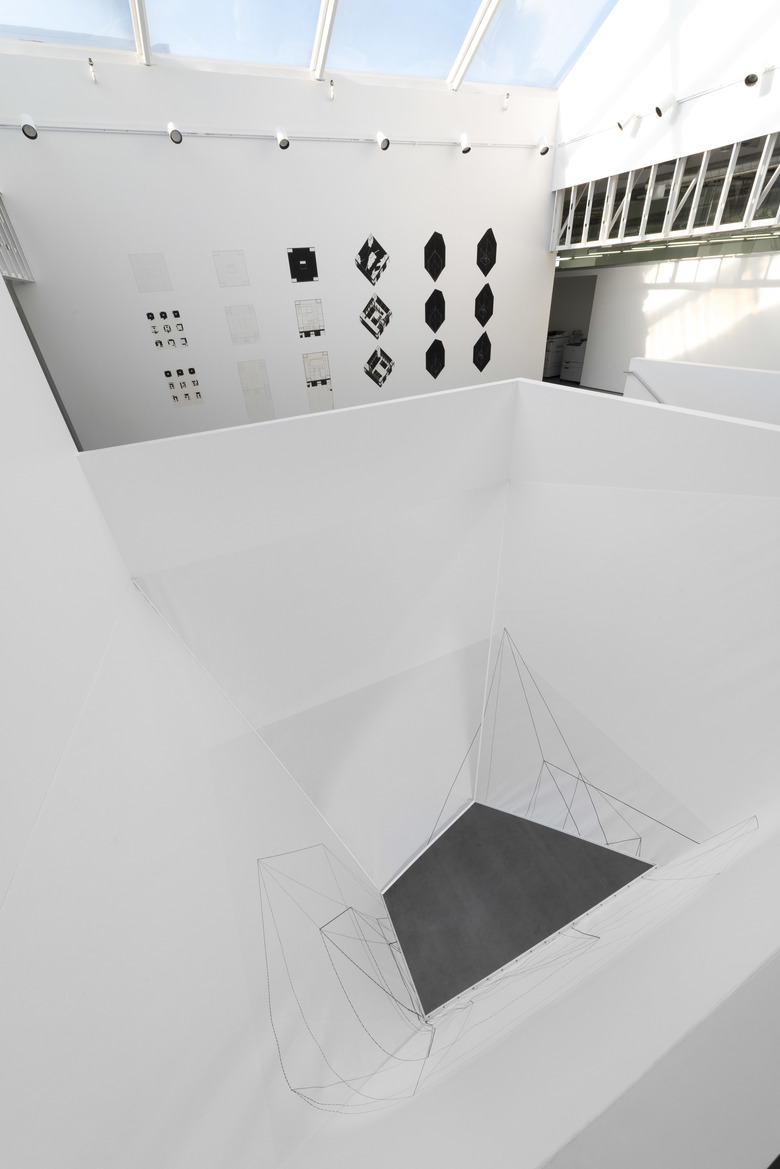 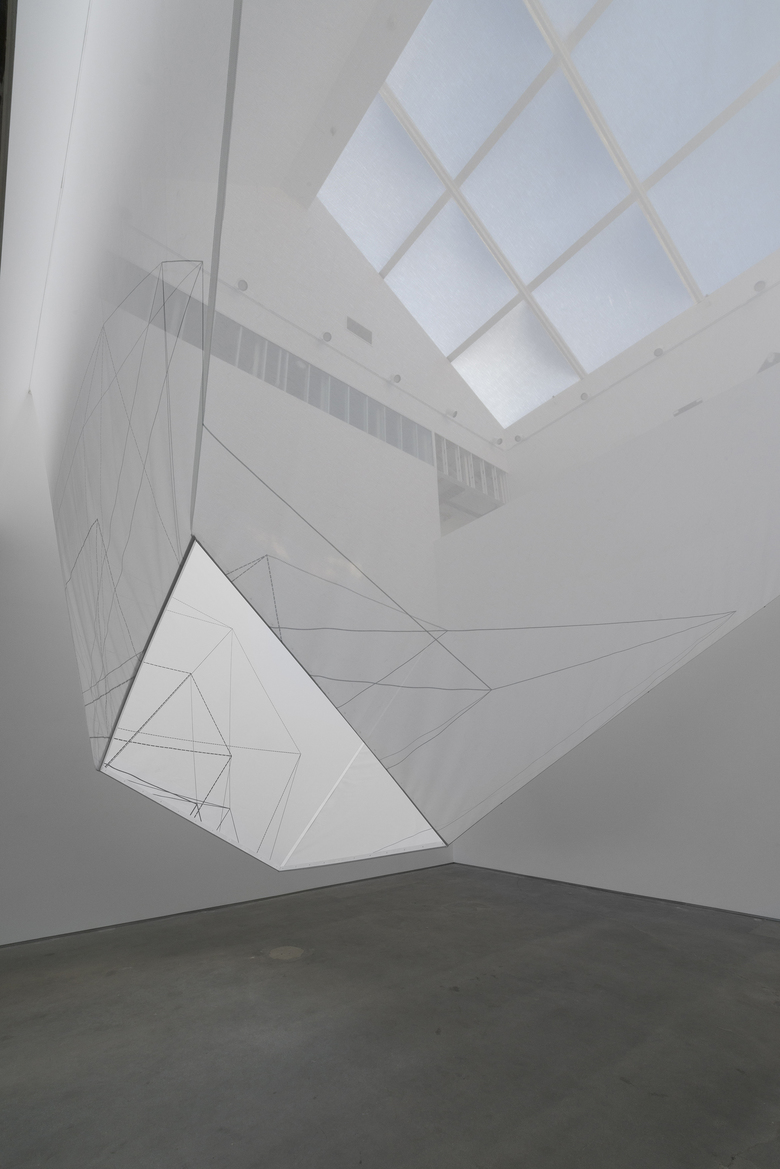 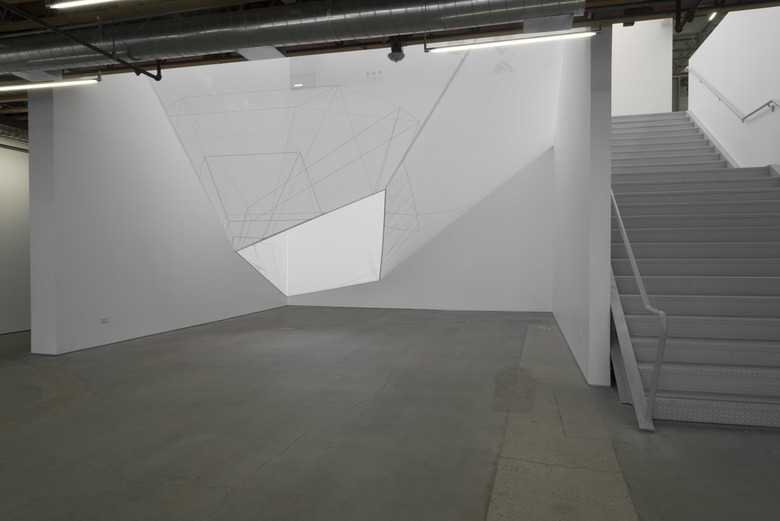 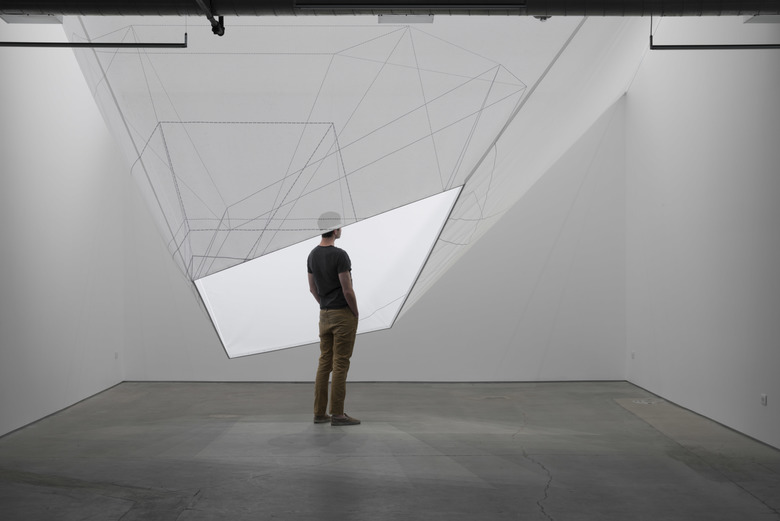 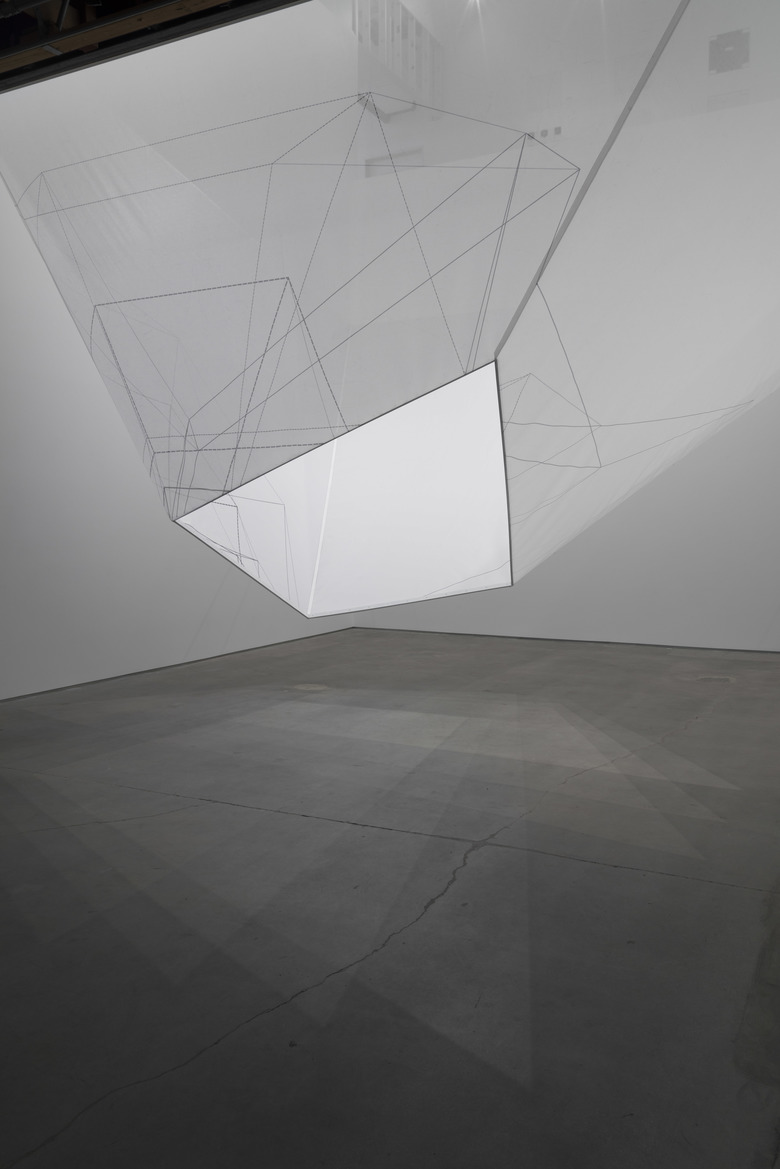 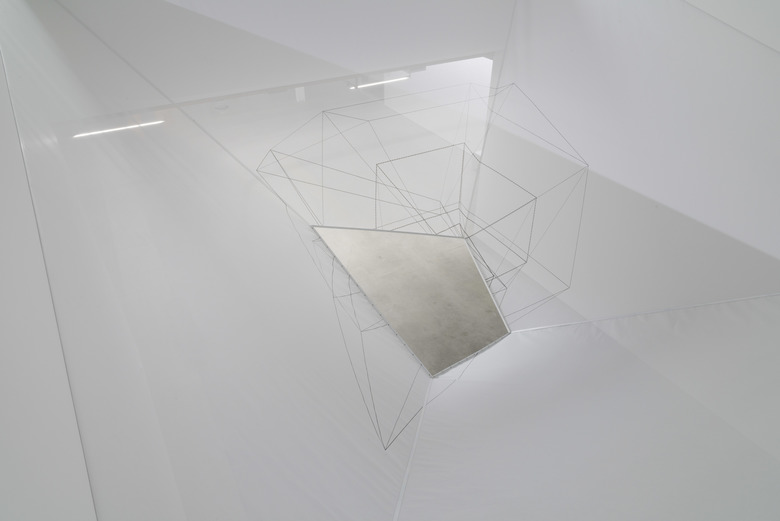 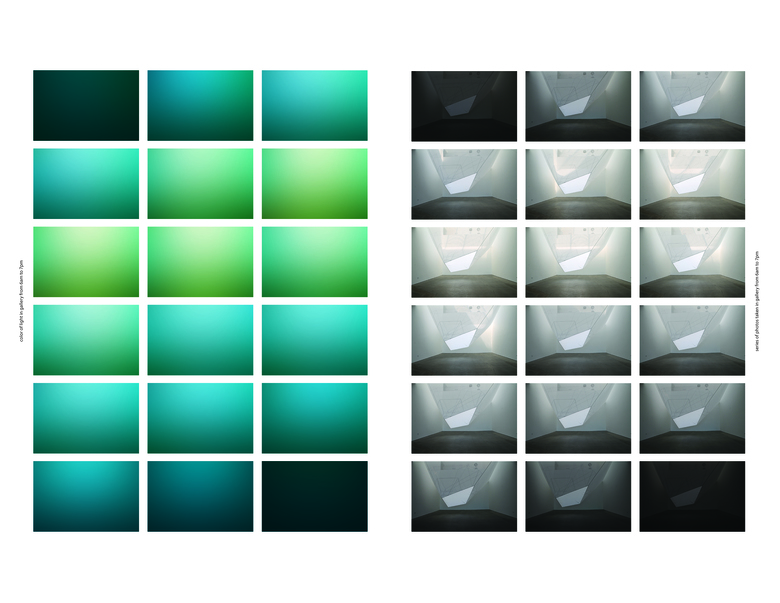 DJA was invited by Art Center College of Design to create an exhibit about the design of 870 South Raymond. The exhibit describes the newest addition to the South campus through architectural drawings and extends the building design with a full scale architectural installation.

The original building project occurred within an incredibly tight time frame. In less than six months the project was designed, constructed and occupied. Perhaps this is why when we were invited to create an exhibit about the design of the project, we felt compelled to do an installation extending the design. Often a contemporary architectural installation is an opportunity to express and test preconceived architectural notions and languages. We have certainly done that in the past but this project represented a different type of opportunity. Through this work we sought to reveal another set of potentials inherent in a situation that we had already structured in a very particular way.

The ‘haptic’ drawing series moves up and around the central gallery space while shifting from objective to subjective modes of representation . Depth and flatness toggle in and out as the drawing itself suggests multiple formal outcomes. With the drawings as a point of departure we sought to render material in light and ambiguify distinctions between line, surface, and mass. The idea of the drawing and its physical attributes are exploited to reveal the shifting qualities of the spaces we designed. The installation is intended to be drawing and object simultaneously. It is a projection of multiple outcomes and a rumination on presence.