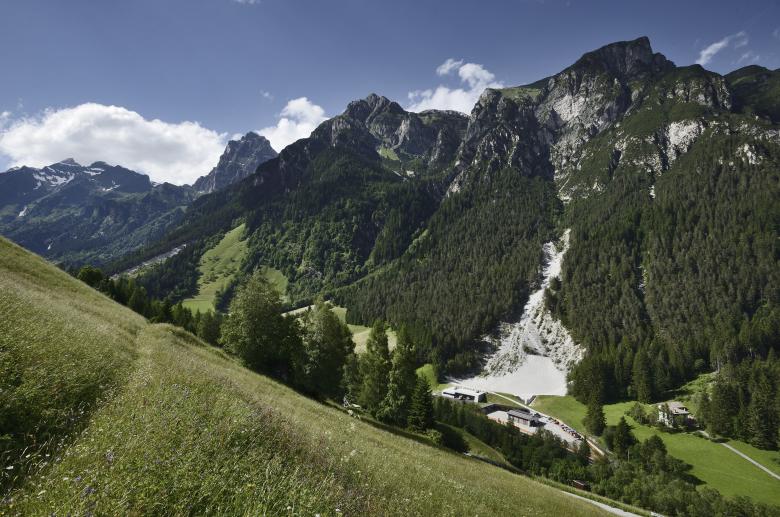 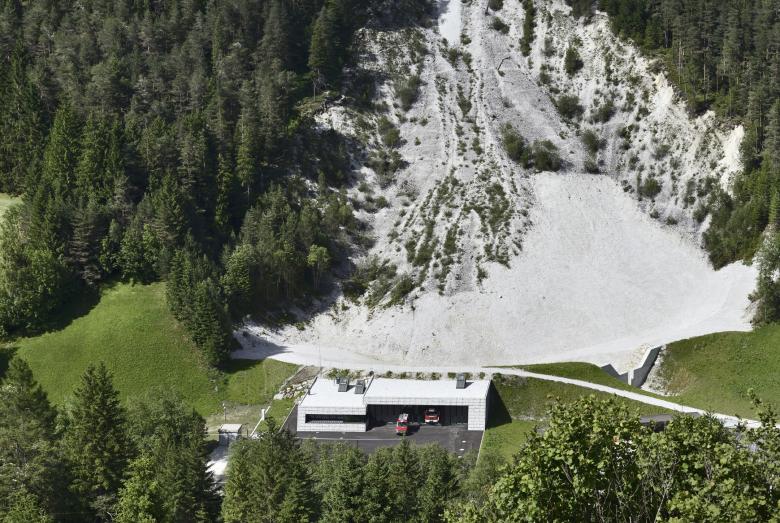 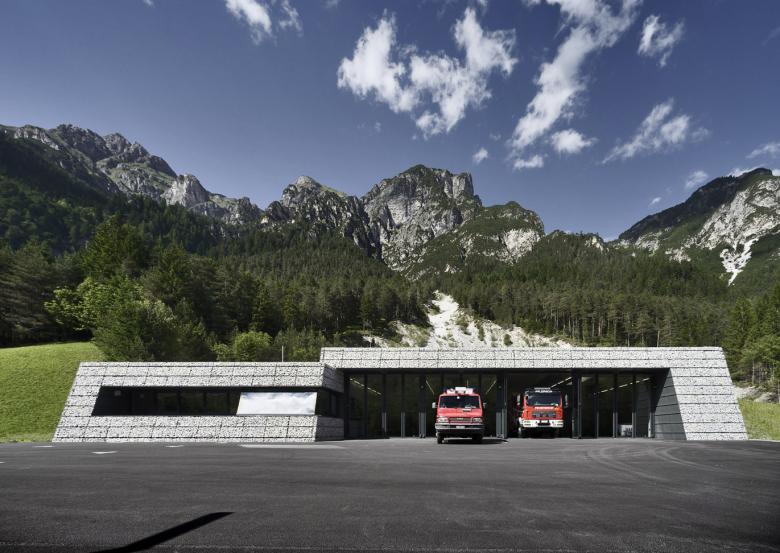 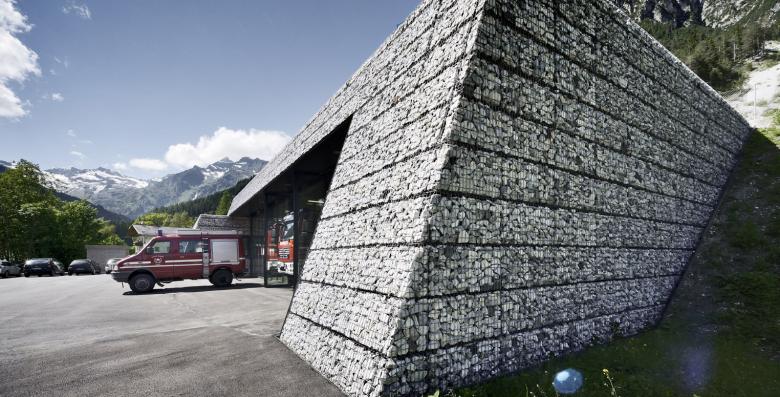 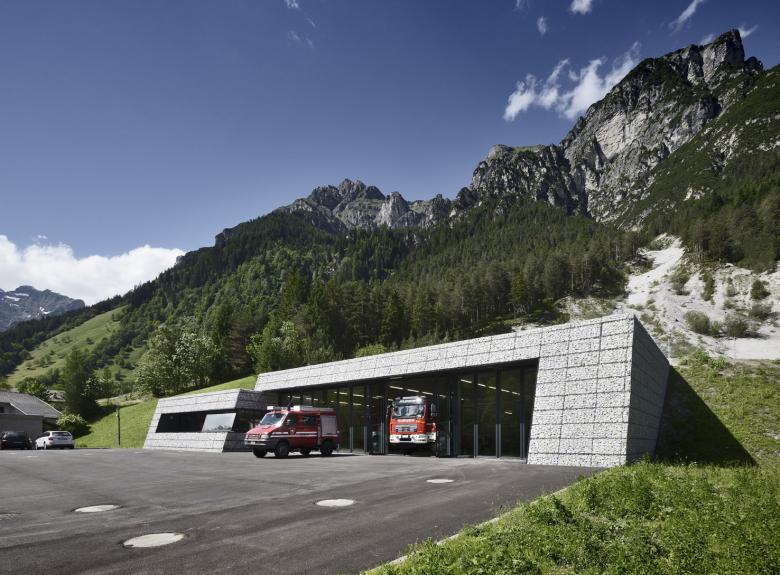 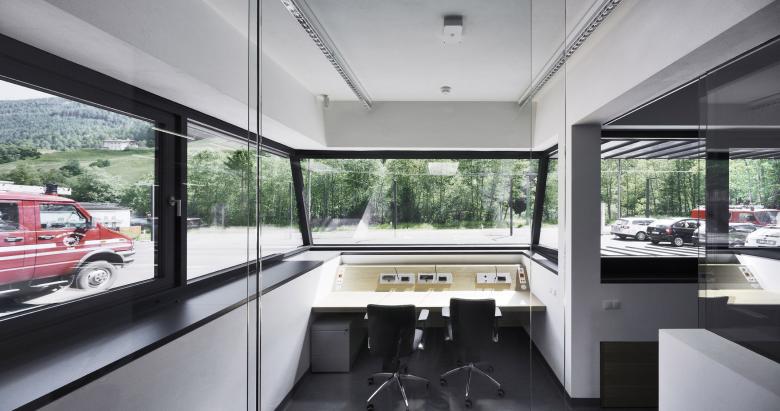 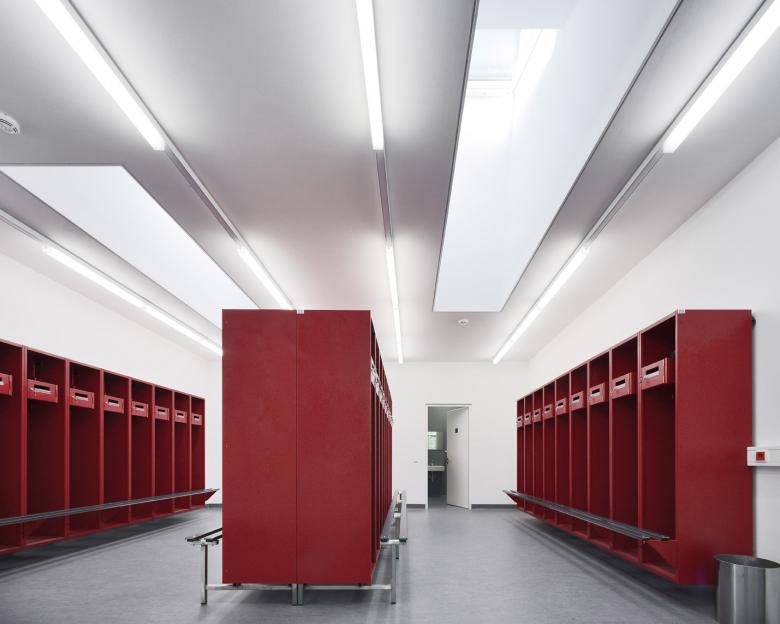 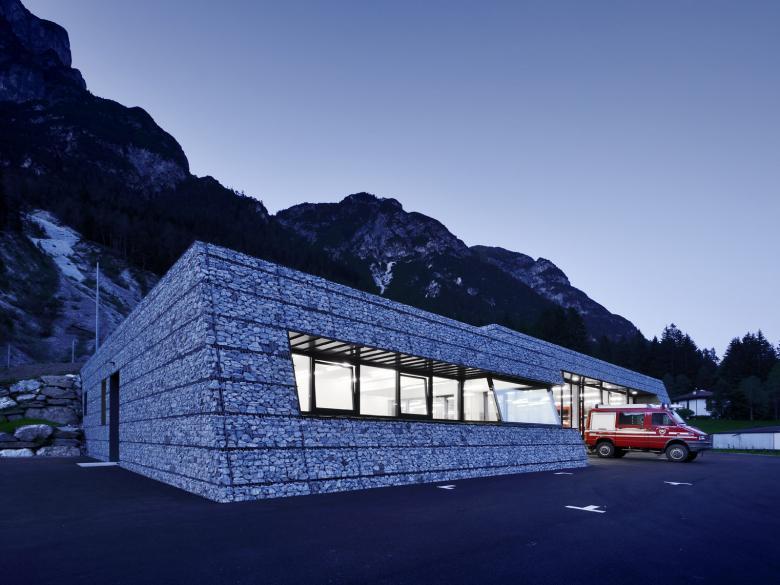 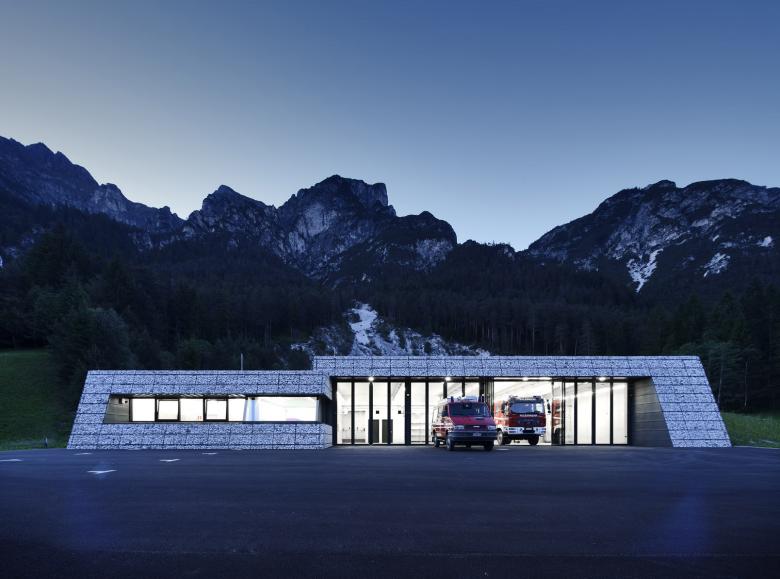 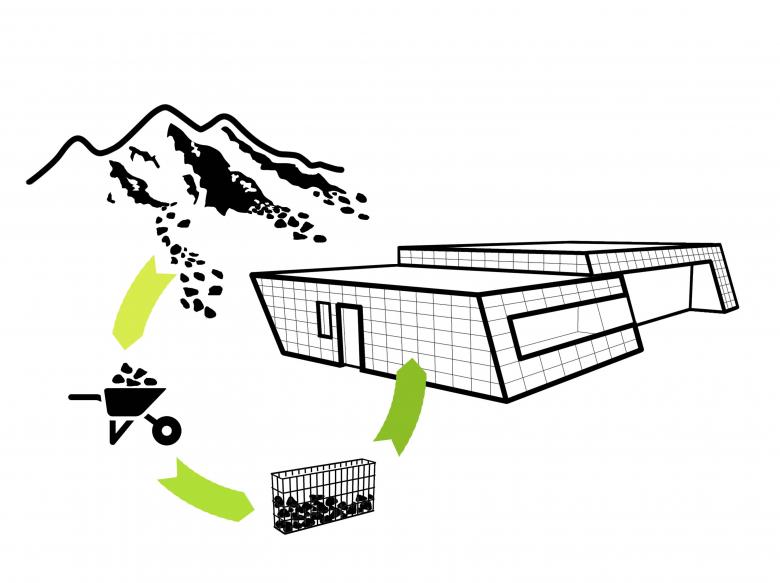 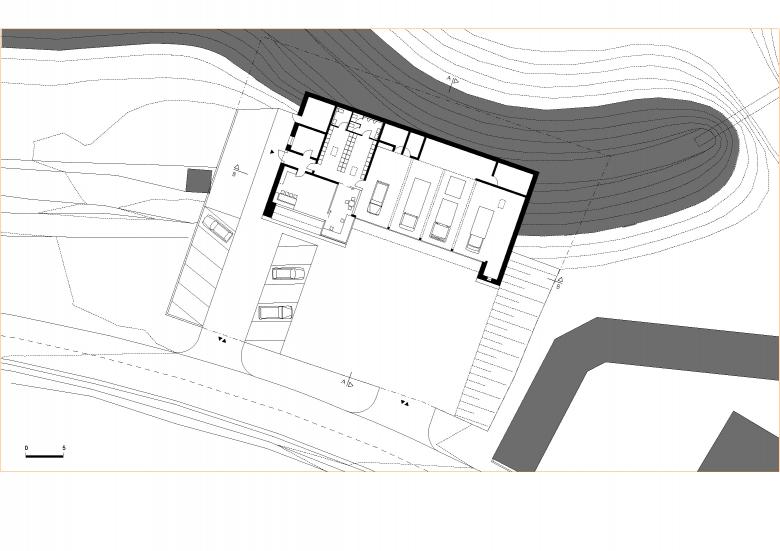 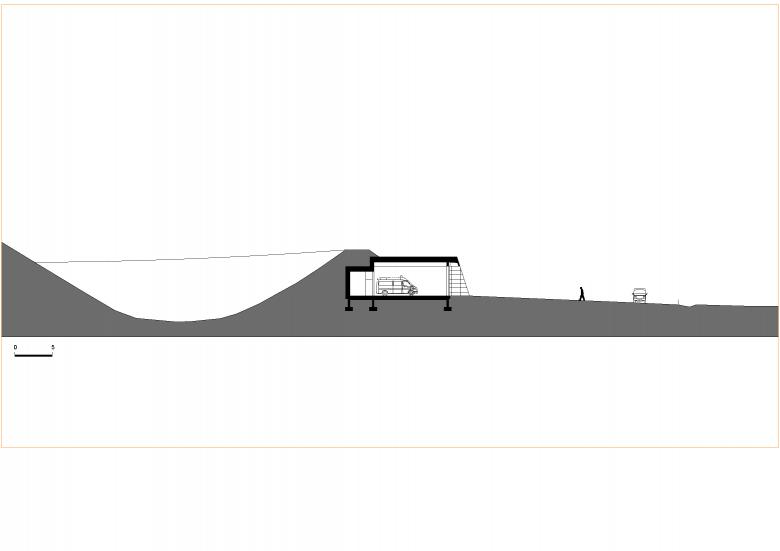 With its striking monolithic façade, characterised by clear and modern design and a deliberate selection of stone, glass and aluminum, the fire station was conceived as a continuation of the scree, caused by periodic mudflows from the mountain slope behind the construction area. By partially integrating the scree into the retaining dam, a sense of the optical continuation of its movement downstream is conveyed.
Custom made gabions were lined with dolomitic rocks and rubble sourced from on-site excavations for the design of the façades. The use of local stones and the façade’s gabion-walls strengthen the identity between the construction site and the building and blend the fire station’s modern design with its natural surroundings.