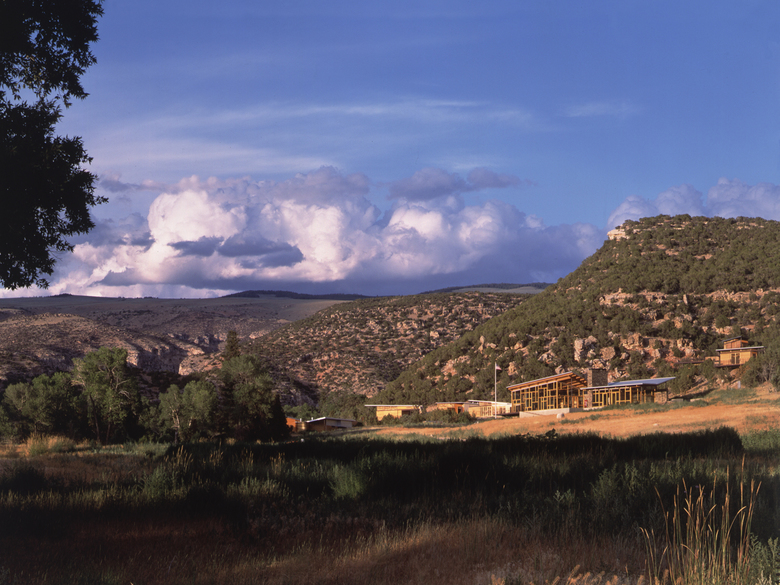 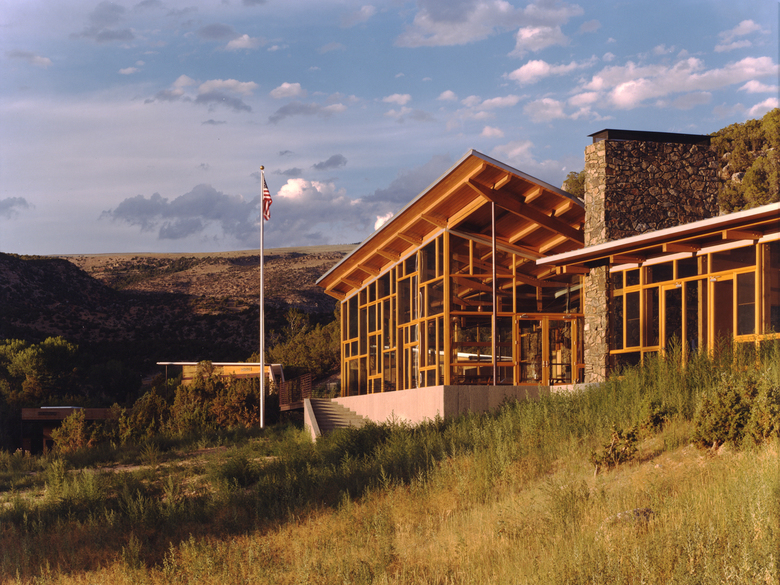 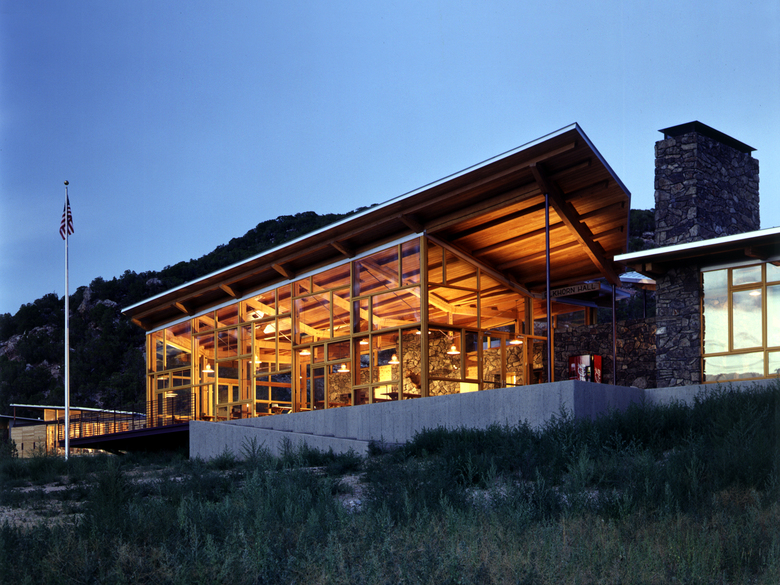 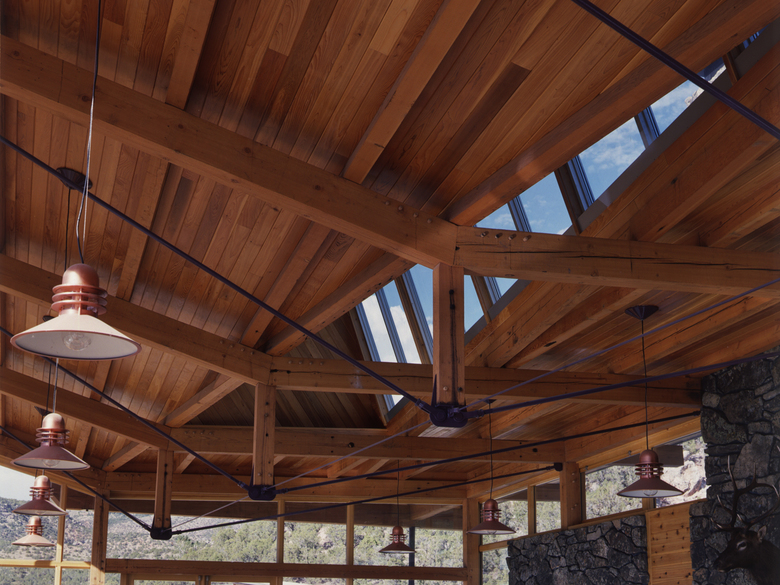 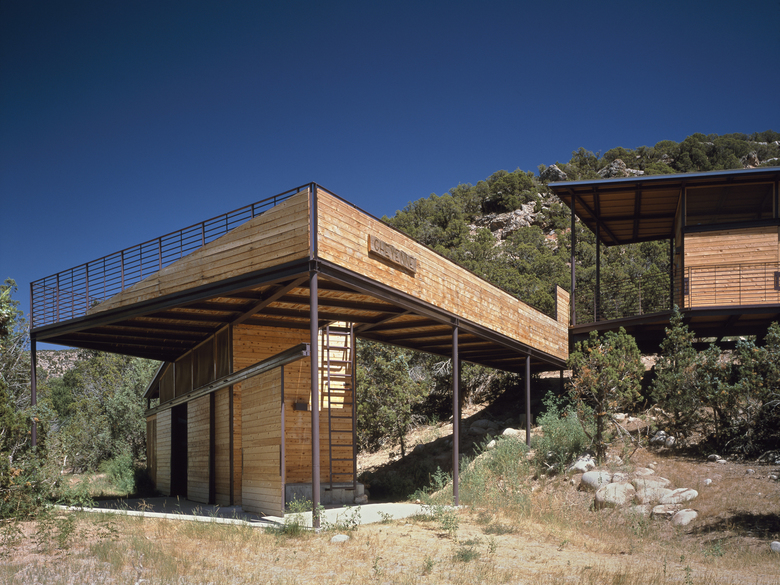 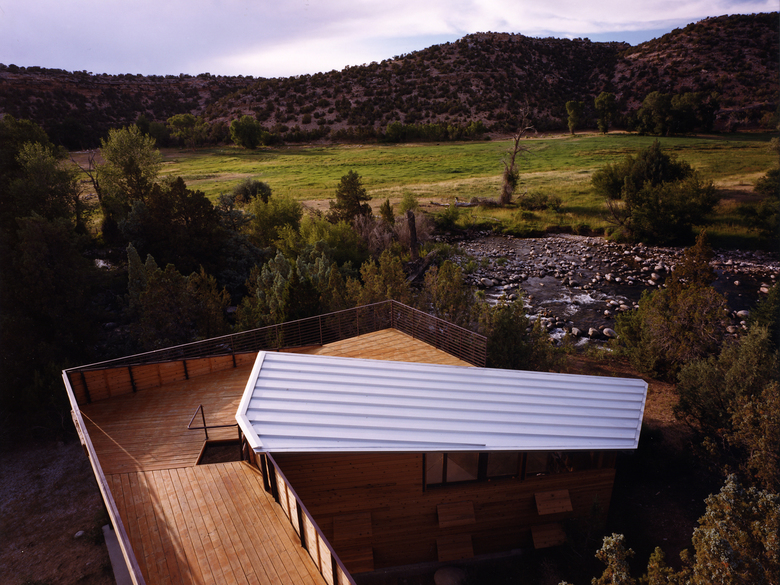 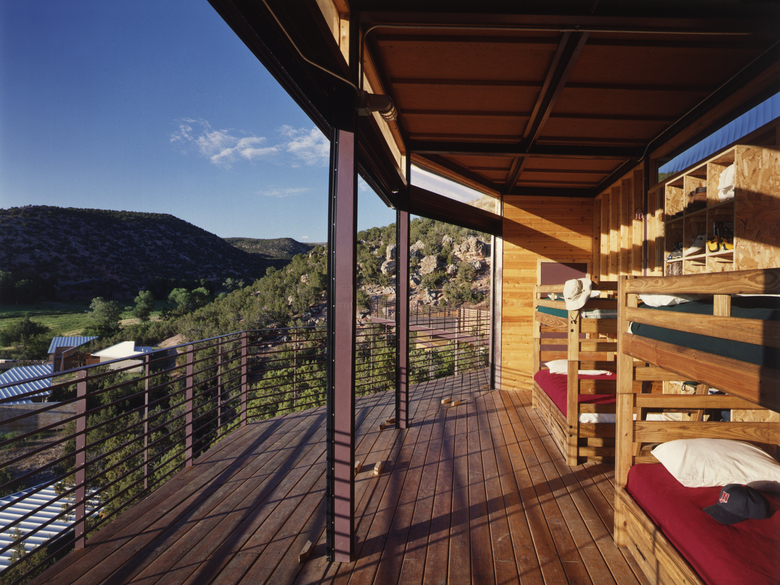 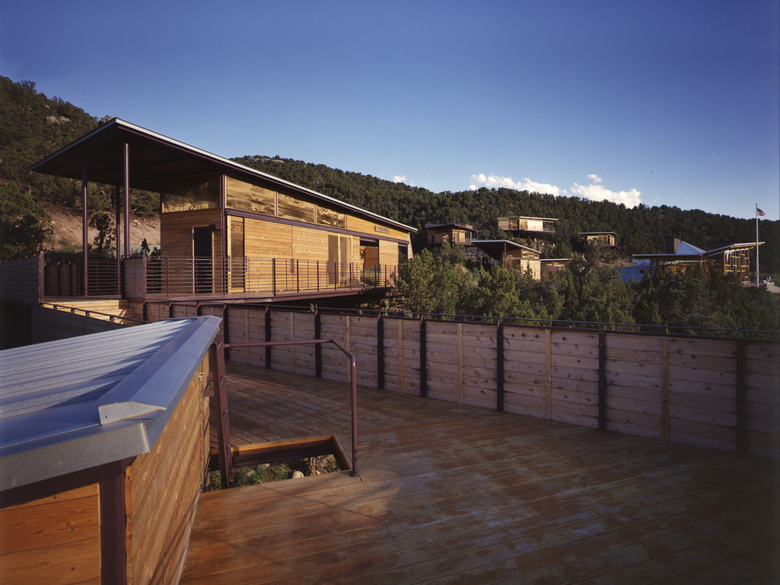 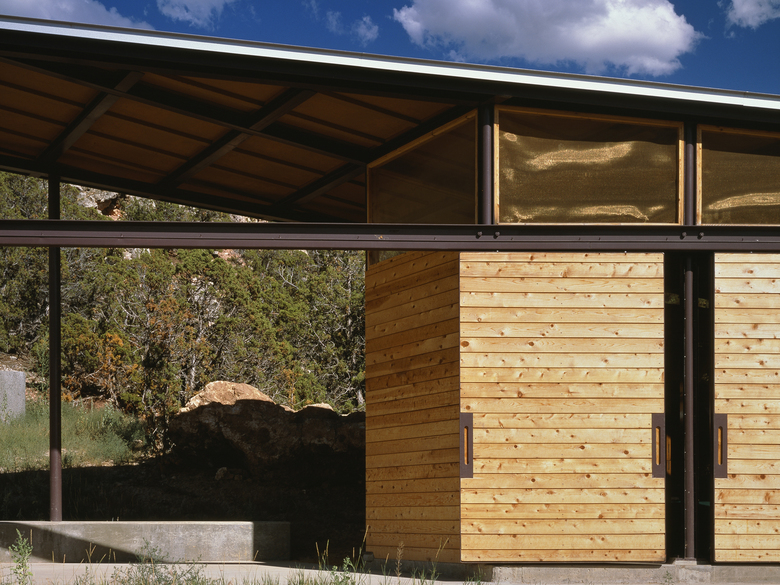 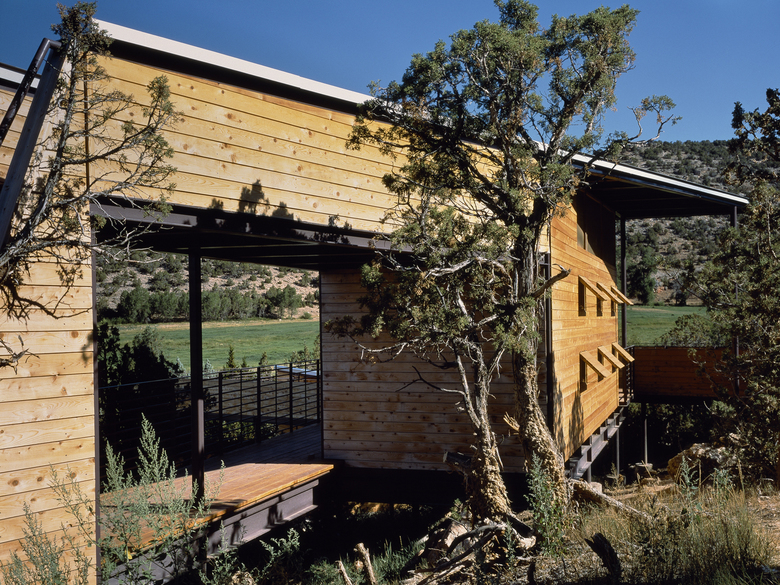 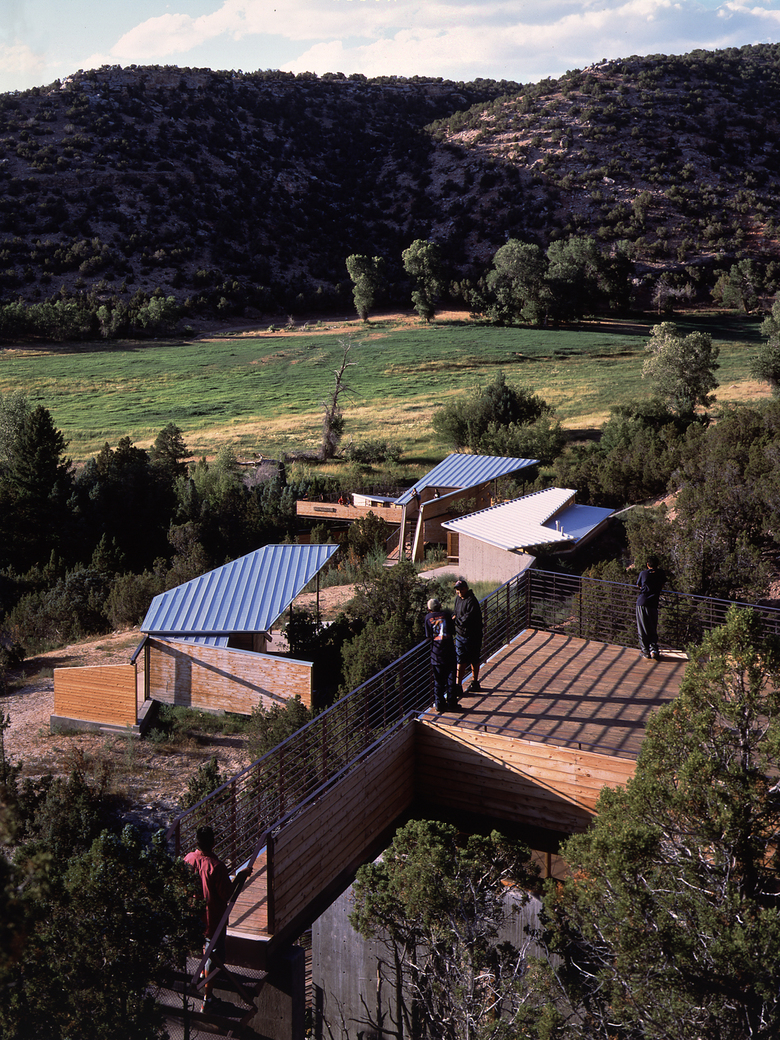 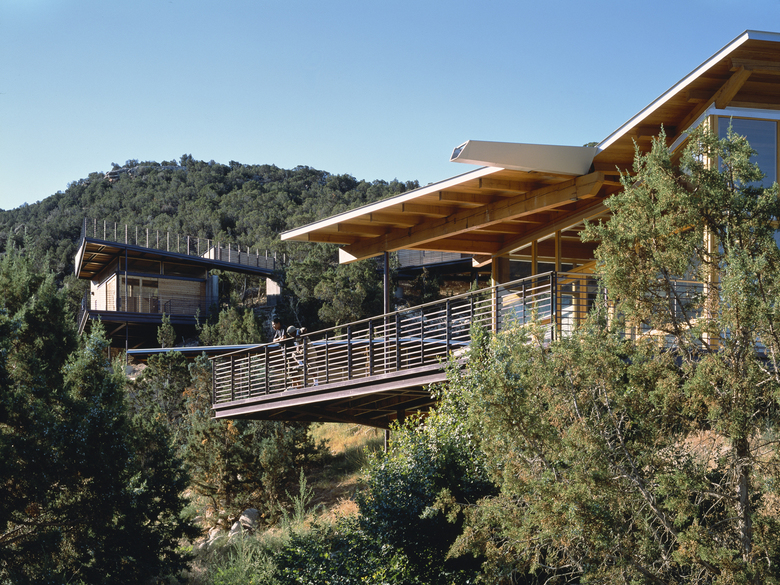 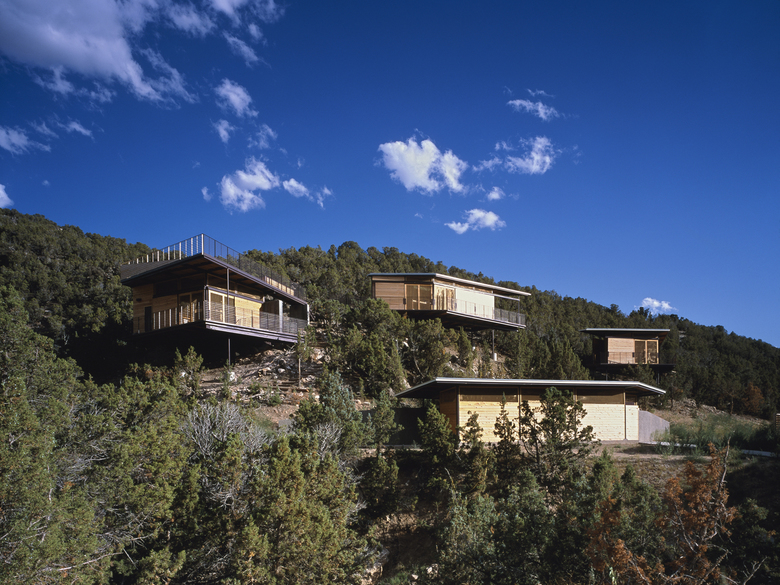 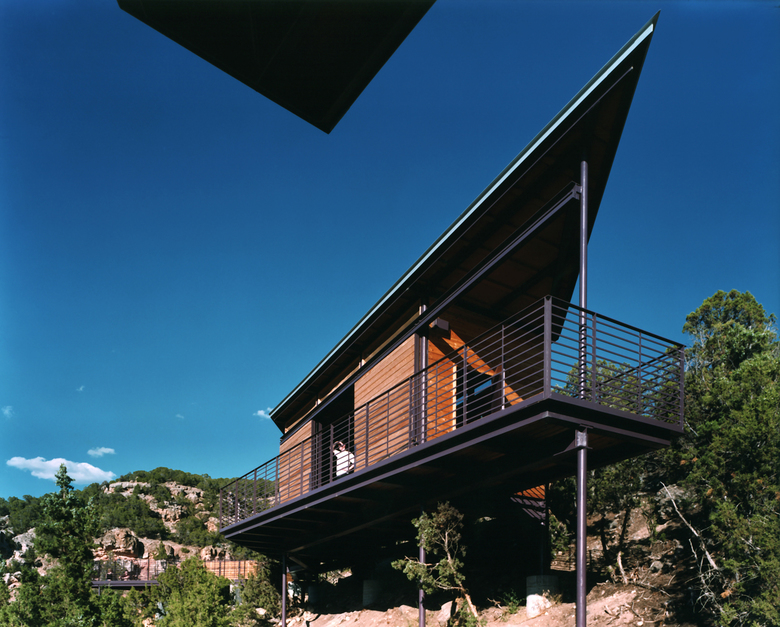 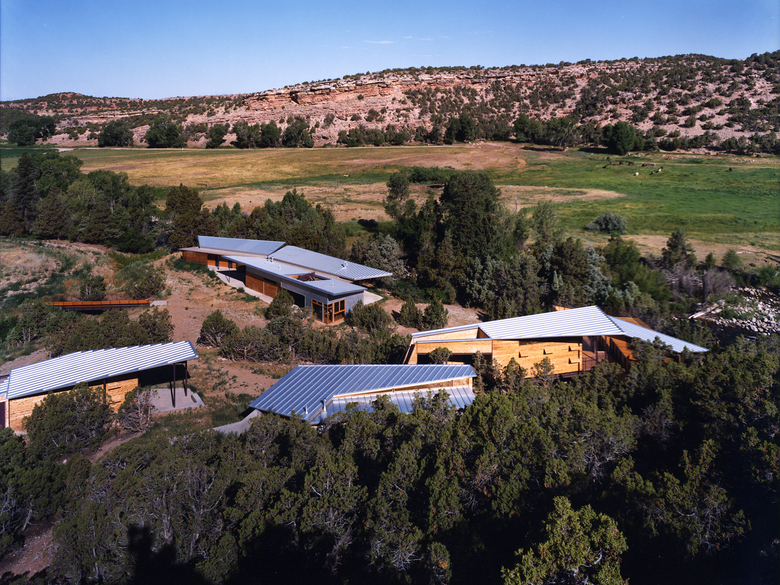 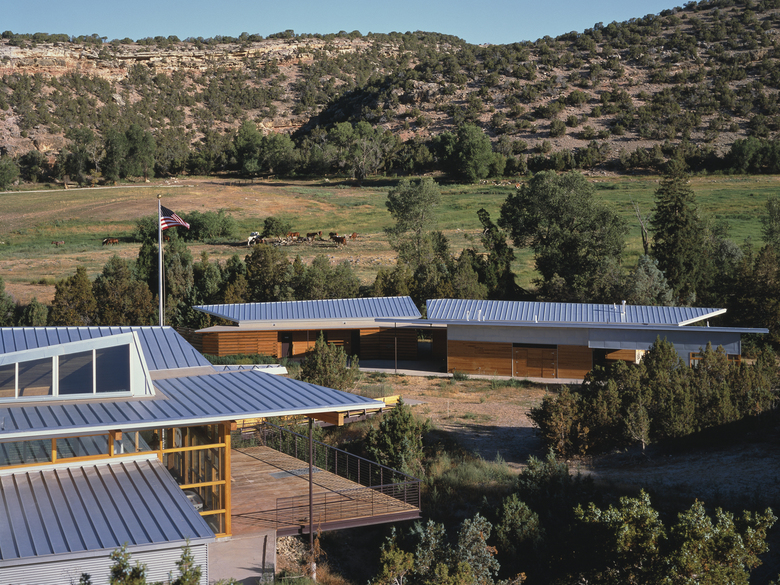 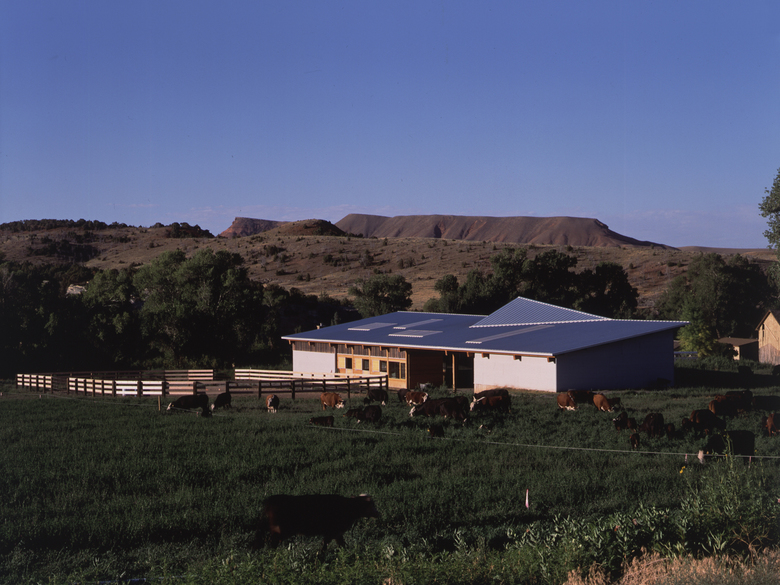 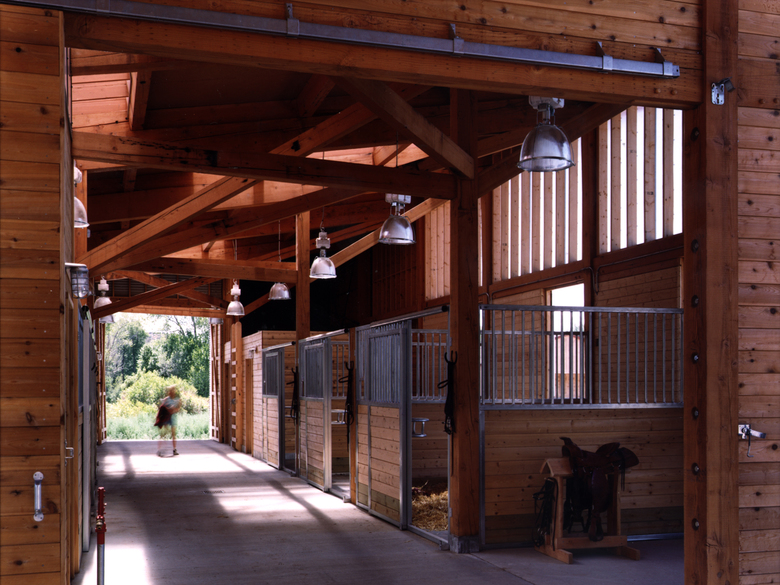 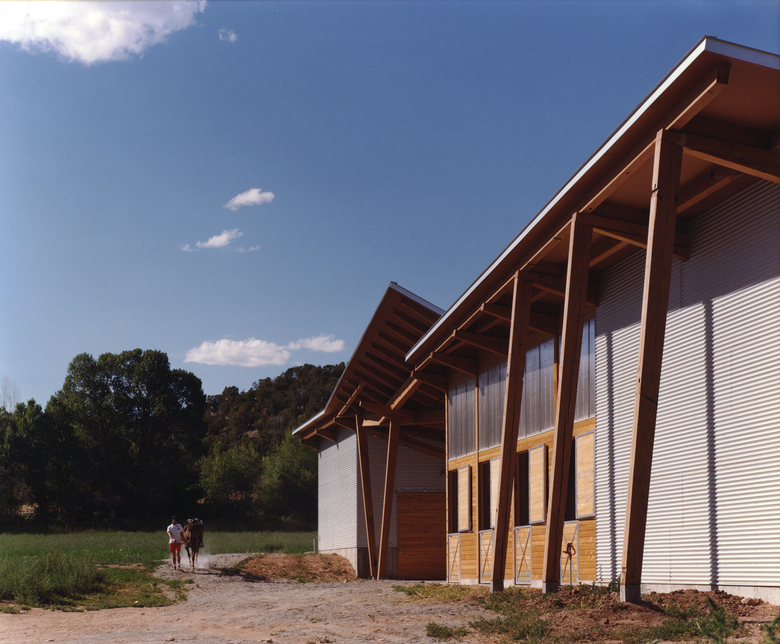 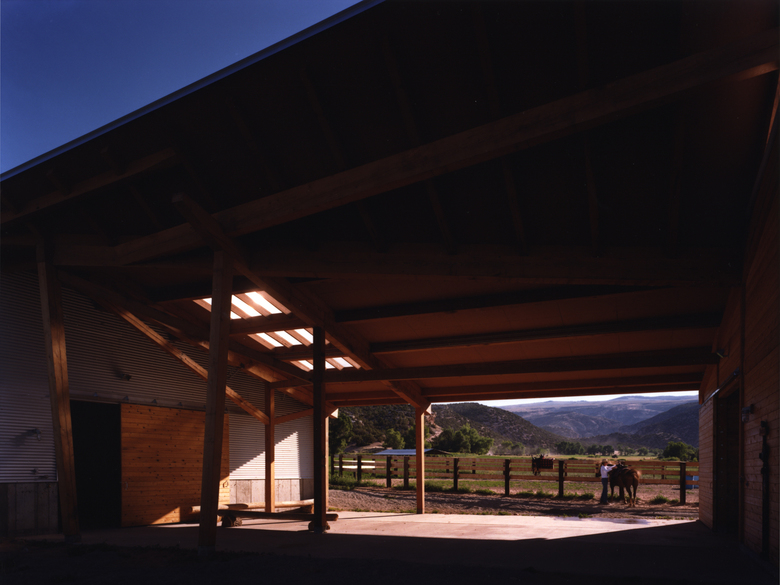 A camp for underprivileged urban Los Angeles eighth-graders who have strong academic and leadership potential. Paint Rock is the first stop for students selected for a five-year high school mentoring program; it comprises 16 buildings clustered at the entrance to a canyon: boys’ and girls’ cabins; a dining hall; director’s house; counselors’ lodge and stable.

The origins of Paint Rock are far from Wyoming, in the rough streets of South Central Los Angeles, where a chief executive of a Fortune 500 company drove each morning on this way to work and began to think about how he could transform the lives of children there. His answer was to build a camp on some of the 110,000 acres of rugged canyon land he owned, a place so vast that an inner city kid might discover a sense of new possibilities there. In early talks with Charles Rose Architects, he and his wife explained that the architecture should reflect the camp’s philosophy of self-reliance and risk-taking. So we began by asking: How can our buildings encourage teen-agers to confront the unfamiliar? How do we create architecture that promotes self-reliance within an interdependent community?

The plan we developed harnesses the dramatic elements of the West—its geology, its ruggedness, its compelling landforms—and creates architecture that in itself is a type of western landscape: a canyon rim, a rocky ledge, a steep hill to scale. Some steel-framed cabins perch on the canyon’s steep walls, creating lookouts and stunning views. In other cabins, sliding doors open to the sky; ladders and roof decks entice campers to climb and explore. Openings in the roofs, such as the main dining hall, evoke the fissures and crevices of the region’s rock faces and allow in abundant northern light. Seen from above, the individual buildings, which connect via bridges and informal pathways, make a light impression on the land—almost like a grouping of tents—and yet together form a substantive community.