Theatre Aspen opened its new facilities last June, just in time for a summer of concerts in the city's beautiful Rio Grande Park. The new structure consists of a demountable black box theatre that is removed after the summer season and a permanent pavilion that houses the lobby, ticketing, and concessions. A simple construction of steel framing and polycarbonate panels atop a concrete slab results in an ethereal presence in the park. World-Architects spoke with architect Charles Cunniffe about his office's design of the theatre. 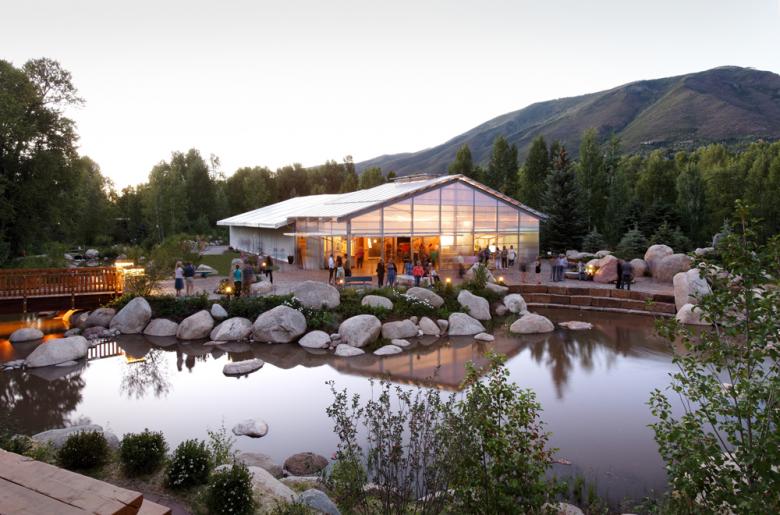 Theatre across the pond

What were the circumstances of receiving the commission for this project?

Charles Cunniffe Architects worked pro bono with Theatre Aspen for over 10 years to help them raise funds, plan, design and execute this project. 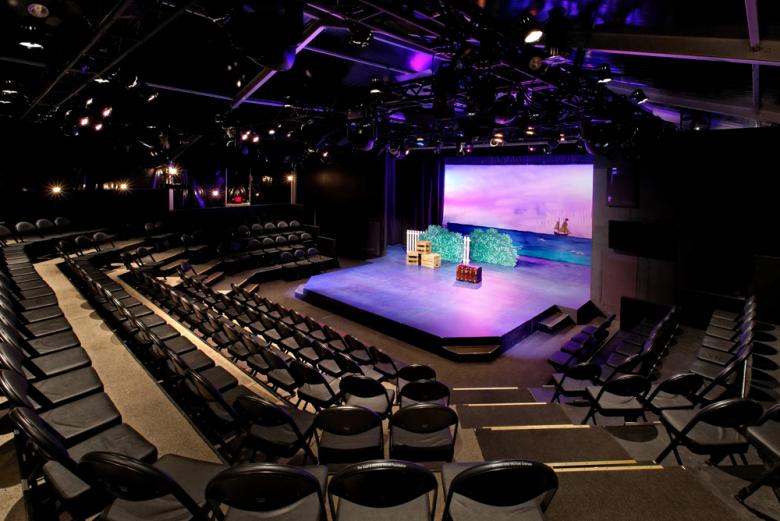 Can you describe your design process for the building?

It was actually rather complicated. From the theatre side it involved the theatre board, the artistic director, the theatre director, the managing director, and so forth. Its former home was on a site that the theatre was allowed to use only in the summer, on land owned by the city of Aspen. Over a 20-year period is was a circus tent then a tent that was collapsed each winter, but that tent had deteriorated. So we set about designing options for a permanent theater that would still be summer only.

The first year we put in a traditional tent to house the black box and back-of-stage functions, since we needed approval after that in order to put in the permanent lobby structure. Politically it took a lot of back and forth with the city of Aspen, since they wanted to see if they were comfortable with the new tent in the park.

We worked closely with the Aspen Parks Department, who is responsible for the landscape design and maintenance of buildings in the city parks. The theatre shares a park that was turned into the John Denver Sanctuary in the 1980s and 90s, serving as a visitor center and memorial for the singer. The city had also made the park an important part of their stormwater management plan, which handles runoff from the mountain and cleans it via a series of ponds. The park is a multi-faceted entity that certainly impacted the process.

How does the building compare to other projects in your office, be it the same or other building types?

We work on a variety of building types, though certainly the Theatre Aspen was unique in terms of setting and collaboration, given the myriad problems to be solved. We do commercial buildings with more straightforward design processes (client, site, program, budget) and lots of high-end residential, where we work with the specific client on a specific site to fulfill their goals.

How does the building relate to contemporary architectural trends, be it sustainability, technology, etc.?

Given that the theatre is summer use only, the structure does not have a heating or cooling system. This includes the lobby pavilion, which is also summer use only. The mechanical systems are more passive site-based systems where cool air passing over the adjacent ponds is drawn into the building when the large door panels are open. As the air is heated by occupants and through solar gain it rises through natural convection and is vented out the louvers in the roof cupola. We used three different opacities of polycarbonate panels to control heat gain, daylight and for aesthetic reasons. 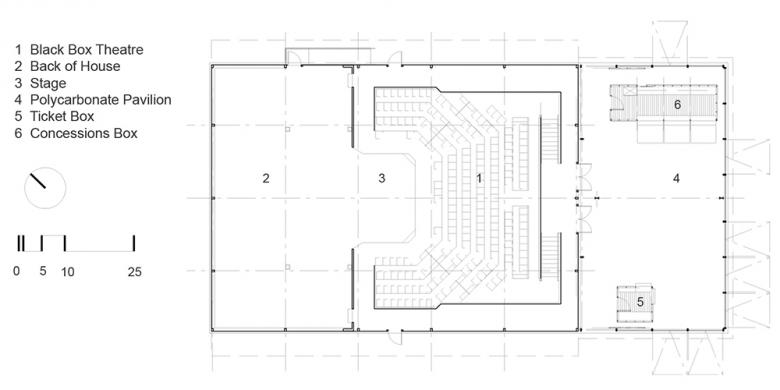 Are there any new/upcoming projects in your office that this building’s design and construction has influenced?

The project was certainly its own thing. We are working on public restrooms for the same site with the city of Aspen. In a similar way we are using organic materials in a simple way to make a sustainable building, something that comes from the studio-style collaboration in our office. 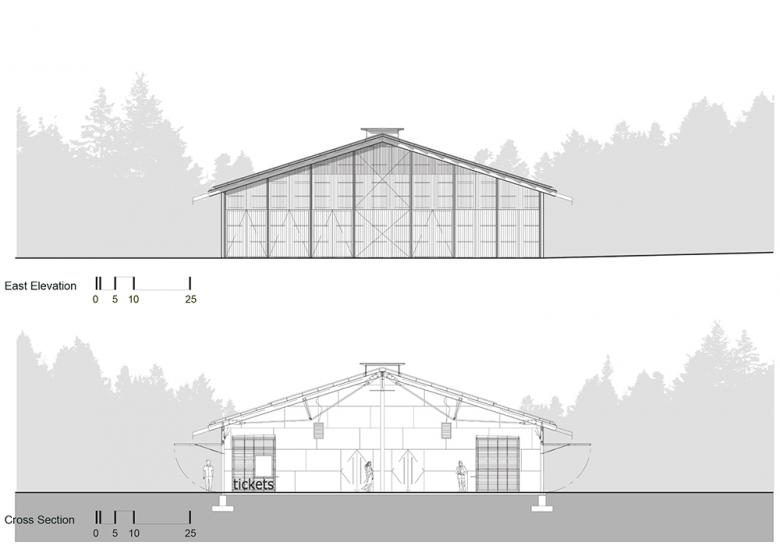 How would you describe the architecture of Colorado and how does the building relate to it?

The architecture of Colorado has evolved a lot in the last 100 years. Before that time it was all miner's cabins, and the city of Denver was a cattle town with standard Western buildings. Aspen had some miner's cabins and a few commercial buildings. Over time the Western influence was reimagined and became a vernacular, but it is now far more contemporary. Fortunately the general public and planning officials have become more educated in recent years to architecture reflecting its time and purpose. We are now more influenced than ever by the rest of the world. Expressions that use contemporary technology and techniques are more common, including the greater use of better glass to enjoy fantastic views and light.

Other articles in this category

John A. Paulson Center at NYU

Vote for US Building of the Year 2022