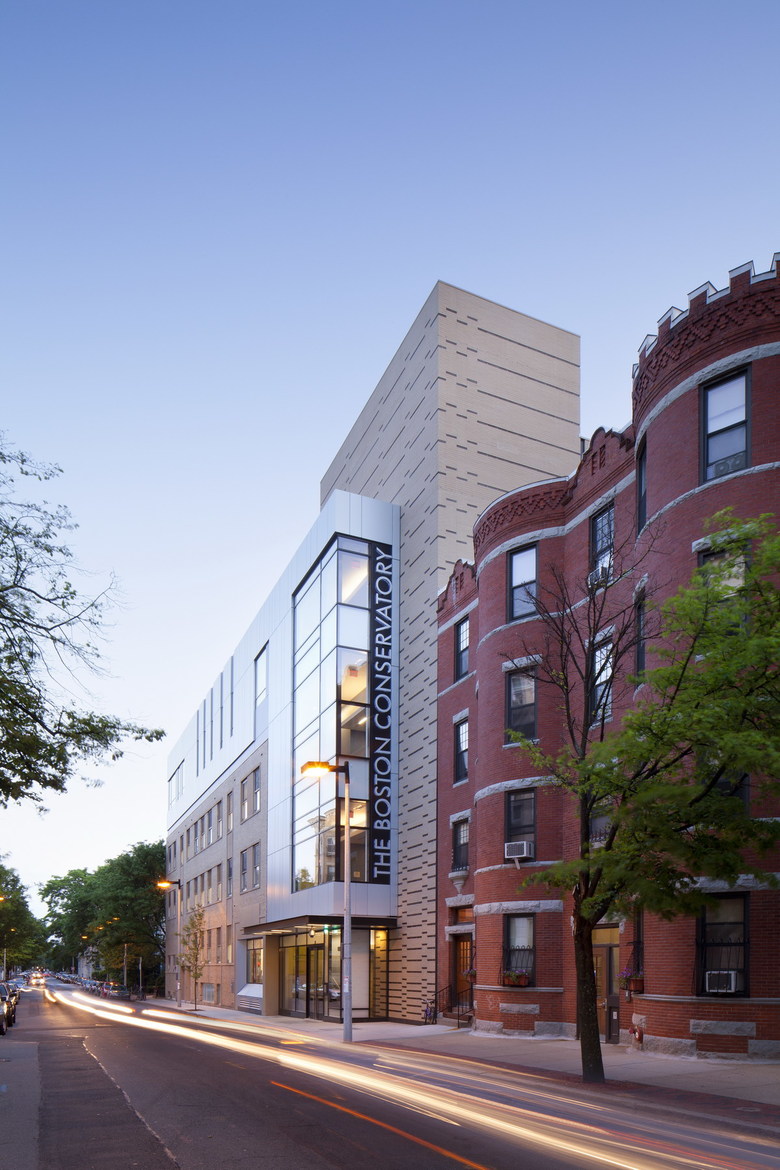 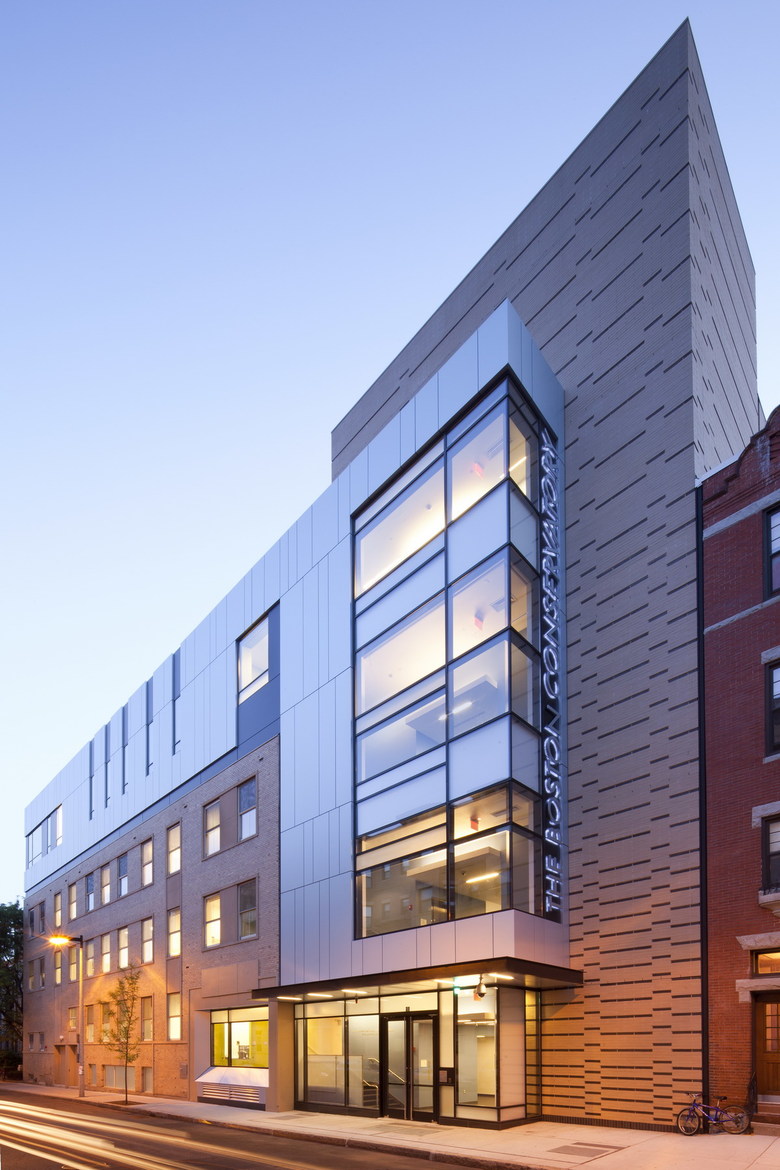 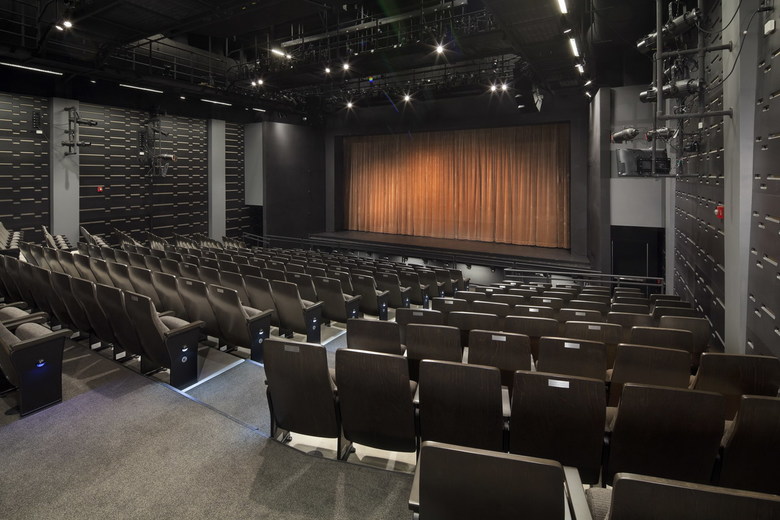 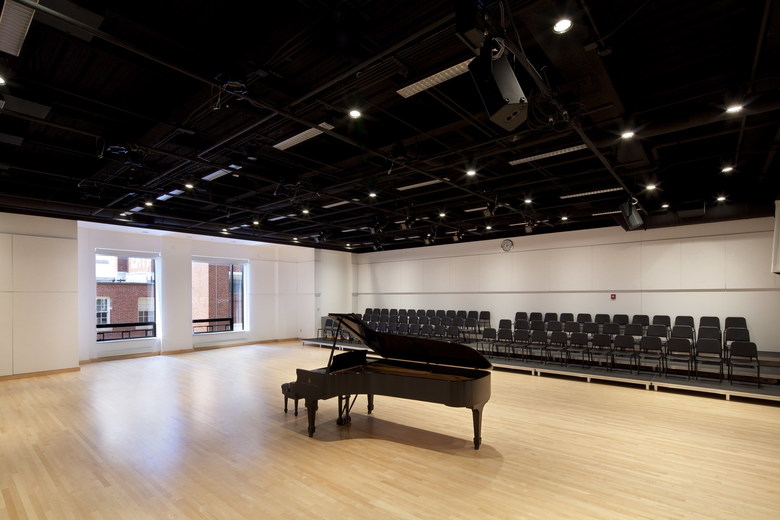 The Boston Conservatory, a small institution of 535 students, trains artists for professional careers in music, dance, and theater. Having outgrown their previous facilities, located in several buildings on The Fenway, Handel Architects provided a master plan and programming study of possible improvements. This led to the design of a new addition on the vacant lot, coupled with an extensive renovation of the existing performance facility to create a single performing arts building with studios, practice spaces, theater, rehearsal space, offices, and classrooms. This new “Heart of School” for the Conservatory now serves as the true juncture for the school’s three major disciplines:  dance, theater, and music.

The 38,000 sq. ft. (3,500 m²) of new and renovated space creates four new large-volume studios on four levels, as well as reconfigures the theater with improved backstage areas, a new orchestra pit, ADA accessibility, additional bathrooms, and a dramatic front lobby. New rigging, audio, and lighting systems were included, along with renovated rehearsal studios and production spaces. A new street level lobby connects the existing lobby space to a new grand stair which leads patrons up to the second floor auditorium level.  It is designed to recapture the drama of arrival and intermission, while retaining the informal nature of an open school environment.