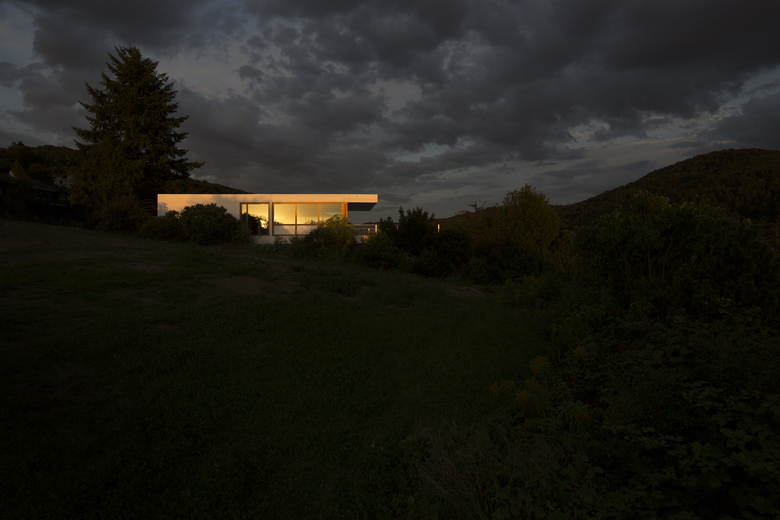 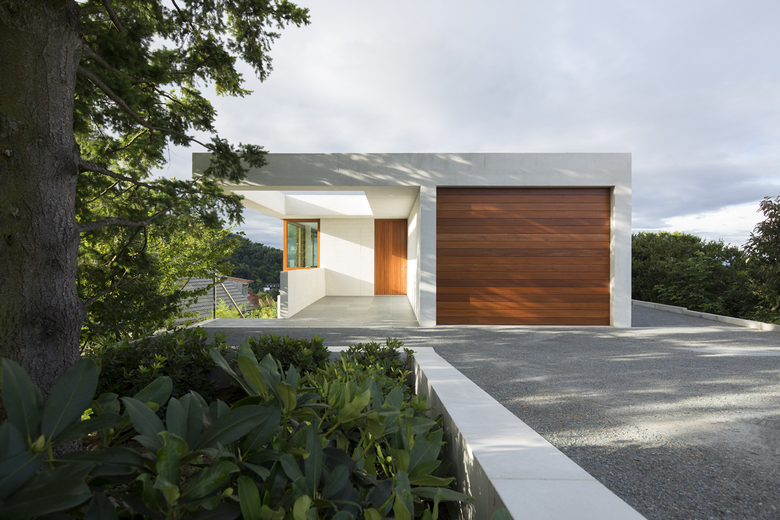 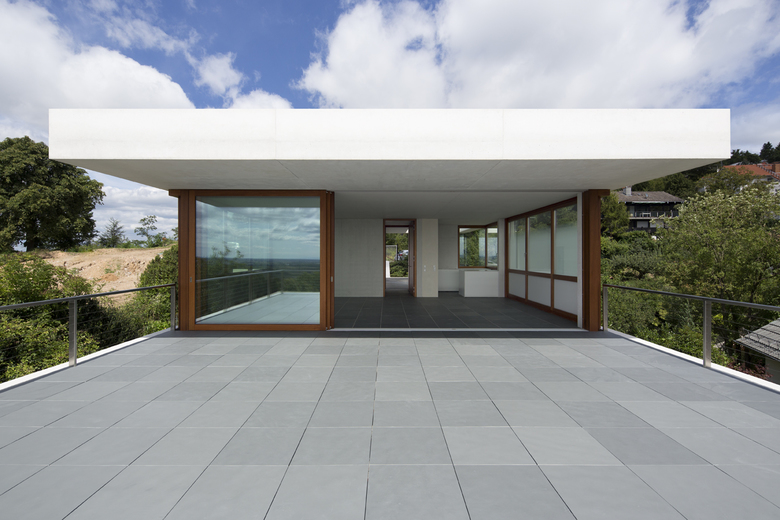 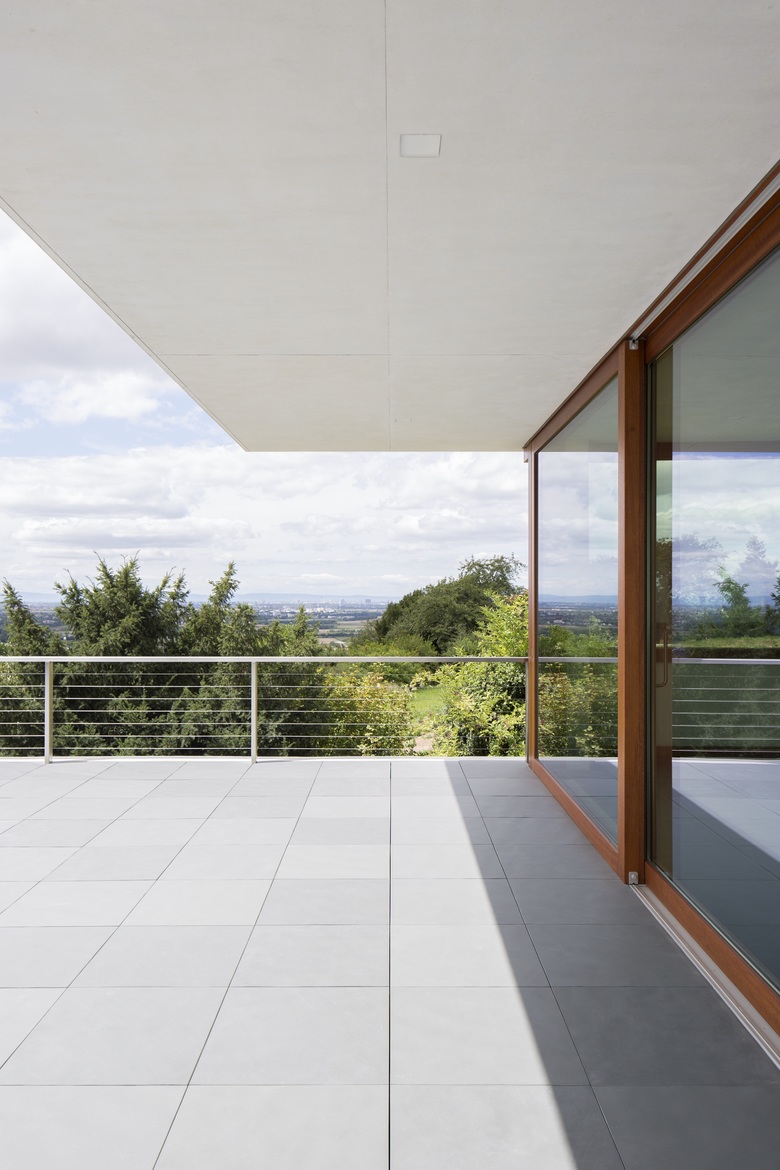 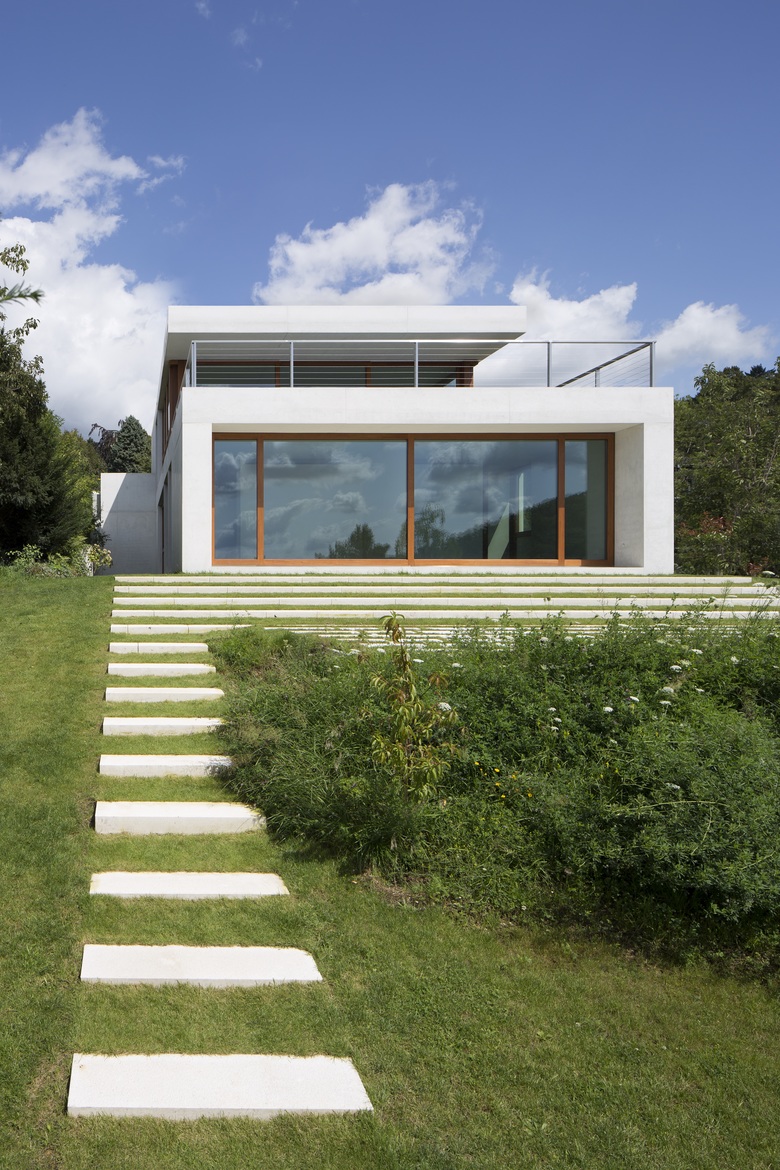 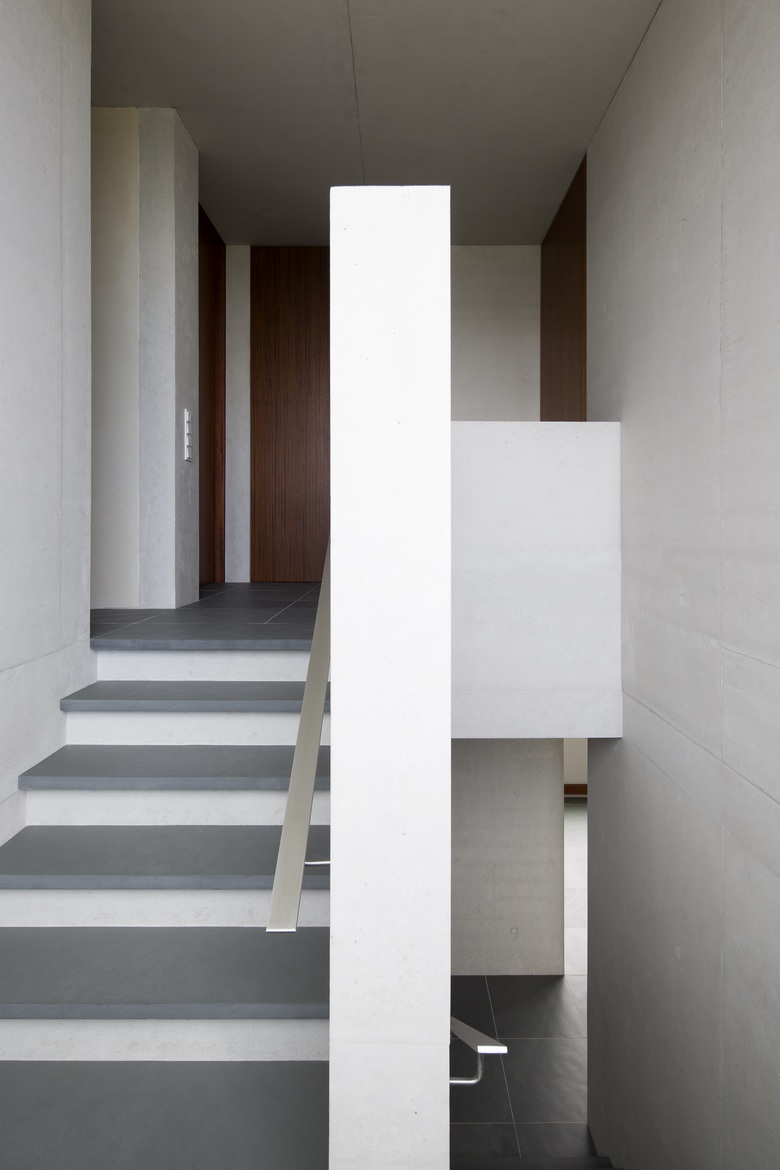 Villa S is a cast in-situ concrete house, dramatically sited on a hillside above Schriesheim, in Baden-Württemberg, in southwest Germany. From its elevated position, the building offers panoramic views of the surrounding countryside: to the south, the Black Forest; to the west, the Palatinate and the Rhine Valley; to the east, the Odenwald mountain range; and in the foreground, on a neighbouring hillside, the ruins of Strahlenburg Castle, originally built in 1295. Within this setting, the project presents itself as an elemental two-tier structure.

The white concrete has been well honed, the culmination of years of perfecting its use, perfecting the right mix, the quality of shuttering and the waxes applied, to ensure a smooth matt finish. Here it is used within a massing composition that generates a strong sense of place, rooting the villa in its culture and topography.

The lower level is articulated as a heavy concrete cuboid, embedded in the landscape - an extension of the earth, almost. The walls are Romanesque in stature, which is the result of the double concrete wall system, the solidity and density of which is strikingly disseminated at the front of the house, courtesy of the deeply set glazing. Structurally, the internal wall is loadbearing, allowing the outer wall to function as formidable facing.

Within the lower block, the bedrooms and bathrooms are safely cocooned. Above, the pavilion like configuration engages with the landscape and the elements. The sliding glass doors and the same flooring specification, Brazilian slate tiling, used inside and out, deliver a seamless connection between the living room and terrace, the combined area measuring 135sqm.