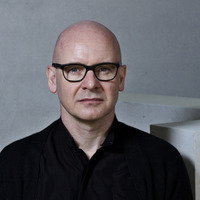 Following ten years working in some of Europe’s leading architectural firms, Ian established Ian Shaw Architekten, in Frankfurt am Main, in 1998. As founding director he has built a practice renowned for its tectonic rigour and exacting quality, as displayed in a diverse range of building types including industrial, residential, commercial and arts based projects.

Professionally, Ian holds membership of the German Federal Architectural Associations in the states of Hesse (AKH) and Thuringia (AKT). Ian is also a member of the Royal Institute of British Architects (RIBA). In addition, Ian was a director of the Frankfurt division of the Bund Deutscher Architekten (BDA), and was a member of Frankfurt’s planning advisory committee.