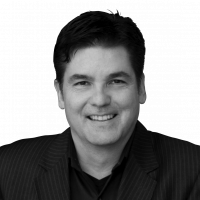 His firm, JGMA is one of the most highly acclaimed architecture studios in Chicago. JGMA’s portfolio includes the UNO Soccer Academy, Instituto Health Sciences Career Academy, The Cube at Westfield’s Old Orchard and the Northeastern Illinois University El Centro Campus. JGMA is currently working on a diverse array of notable projects including: a residential high-rise for the John Buck Company, a Sustainable Design Center at the Peggy Notebaert Nature Museum, and a revitalization of the historic Lathrop Homes Development.

Mr. Moreno’s projects have received numerous awards and recognition from his peers. JGMA was recently selected by Modern Interiors Magazine as the “Best Architecture Firm” in their annual Best of Design Issue. In 2014 JGMA was recognized by Crain’s Business as one of the architecture firms “Reshaping Chicago”. JGMA’s recent list of awards includes the 2014 and 2013 Driehaus Design Excellence Award, the 2014 Gold Medal in the Premios Arquitectura Diaspora Colombiana MMXIV, the 2013 Architizer International Design Award and 2012 AIA Chicago Design Award. JGMA was recently featured on television on WWTW Chicago’s MY CHICAGO program and on ABC ‘s ñ Beat show.

Juan also had the honor of being recognized by Colombian President Juan Manuel Santos as one of the “100 COLOMBIANOS” for 2013. He also was a recipient of the 2013 “PIECE” Award for International Excellence which recognizes Colombians working outside of the country and making a difference in the lives of children and communities. 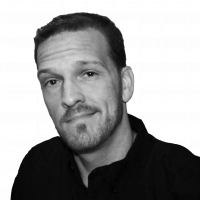 Daniel Spore brings with him ten years of applied architectural experience. While Daniel’s passion for architecture is rooted in clever design solutions, he is an expert in developing those initial concept into completed structures. He has been a working manager through all phases of project delivery, from pre-design through construction. In his years of experience he has been involved in various civic, commercial, educational, healthcare, laboratory, and recreational project types. Daniel has worked on a diverse portfolio of buildings throughout the united states and has been a contributing designer on many international design proposals. Prior to joining JGMA, Daniel worked in the design studio of PSA-Dewberry Architects. He received his masters of architecture from the University of Illinois in Champaign-Urbana. 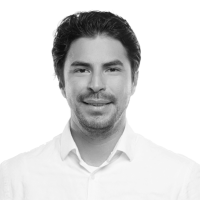 Emilio Padilla, AIA is a project director at JGMA. Emilio studied architecture at the University of Illinois at Chicago and also lived and studied in Merida, Mexico and Barcelona, Spain during his academic career.

At JGMA, Emilio oversees and manages multiple projects through the design and construction phases. Through his work experience and influence, Emilio’s portfolio includes a wide range of local and international project types; public and private sector, hospitality, commercial and non- profit organizations. Emilio has served as president of Arquitectos Inc., where he supports the success of the organization’s mission. His mission-driven leadership has expanded services provided by Arquitectos to students, emerging professionals, and licensed professionals seeking further professional development. Emilio is also a member of AIA Chicago and serves on the Equity, Diversity and Inclusion roundtable. He is very active in his community and has served as a commissioner for the historic preservation commission and lives in a historic bungalow in Berwyn. 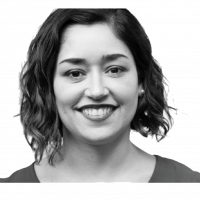 Laura Flores is an award winning architect and Director of Operations and Interiors at one of the nation’s leading design firms JGMA. Ms. Flores was born in Guadalajara, Mexico and studied architecture at The University of Illinois at Chicago as well as having studied jewelry design in Florence Italy.

Ms. Flores has worked on some of the most complex projects in a multitude of typologies throughout the United States and internationally. This includes having worked on aviation projects in the Middle East and is currently one of the leaders of JGMA’s new O’Hare International Airport’s new satellite concourses. The scale and magnitude of her experience is notable, but it is her work in Chicago’s communities of color that is truly impressive. She has played a significant role in the multi-award winning school projects for the Acero Charter School and the Instituto Health Sciences Career Academy High School. Currently, she is leading the efforts for the $40 million Neal Math and Science Academy in North Chicago, that when it is complete, this new middle school will bring dignity and pride to the residents and students of North Chicago.
Ms. Flores is also a member and past Vice-President of Arquitectos (The society of Hispanic Professional Architects). In her time with Arquitectos Ms. Flores has been a participant of Chicago Conversación - a luncheon and round-table discussion about Latino and Hispanic cultural heritage and places of importance in Chicago and the surrounding communities. In addition, Ms. Flores has also been a Chicago Plan Commissioner since 2015. 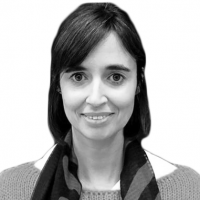 Carolina was born and raised in Lisbon, Portugal, where she studied Architecture and worked for a couple of years as an architect.
During her studies she did a semester abroad, in Athens, Greece, and an internship in Munich, Germany. After these experiences, her desire to live and work abroad as well as to learn more about other cultures just grew and, combined with the desire to learn more about Sustainable Design she moved to London where she took a Masters in Environmental Design and she then worked as a consultant in sustainable and bioclimatic strategies.
After some years in London, she moved to Sao Paulo, Brazil, where she lived for about 7 years and where she worked as an architect and led some of the firm, she was working for, most complex projects such as airports, museum and stadiums. In mid-2017, she moved to Chicago with her husband and, where they had their daughter. 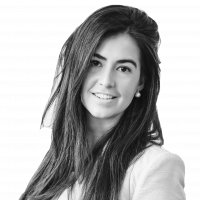 Sofia Fernandez is an Architect with vast experience in different typologies across four continents, from concept design to construction administration. She has played a lead role on projects that range from interior renovations, transformation of historic buildings, mixed-use high rises in Asia to a leading Innovation and Technology Hub in Mexico that reimagines urban communities.
Sofia has a passion to think globally but act locally, which translates into Architecture by creating high quality spaces that are representative of each unique site, utilizing local materials and construction methods.

Sofia received her Bacheor’s Degree in Architecture from Universidad Iberoamericana in Mexico City, and a Postgraduate Degree in Lighting Design by the Universidad Politecnica de Catalunyia from Spain. She also has a specialization in Interior Design from Parsons The New School for Design in New York. 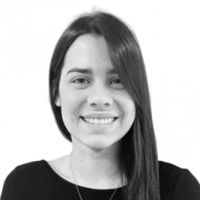