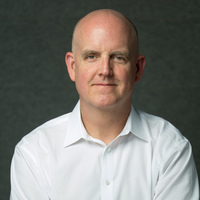 Scott Marble is a founding partner of Marble Fairbanks Architects in New York and was recently appointed Professor and Chair of the School of Architecture at Georgia Institute of Technology. He was previously Associate Adjunct Professor at the Columbia University Graduate School of Architecture, Planning, and Preservation where he was Director of Fabrication Research from 2004 – 2008 and Director of Integrated Design from 2009-2015. During this time, Scott also directed The Columbia Building Intelligence Project (CBIP), an industry-funded pilot research project exploring technology-enabled collaborative processes in design. He was honored with the 2014 Award of Excellence for Innovative Academic Programs from ACADIA, The Association for Computer-Aided Design in Architecture in recognition of this project. Scott is a frequent lecturer in the area of digital technologies and industry and recently completed the book Digital Workflows in Architecture: Design, Assembly, Industry published by Birkhauser. 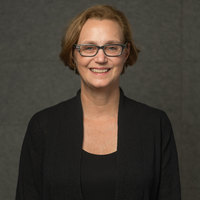 Karen Fairbanks is a founding partner of Marble Fairbanks where she has focused on the design and planning for both public and private educational and cultural clients. She has extensive experience with current library design, and her work as a member and current Chair of the American Libraries Association Committee for Buildings for College and University Libraries includes panels and presentations on library design around the country. Karen is active in the AIA. Currently the Director for Educational Affairs, she previously served on the Scholarship Committee and as Co-Chair of the NYC AIA Design Awards Committee. She has been a juror for architecture awards panels across the country and lectures extensively on the work of the firm.

Karen is a Professor of Professional Practice and Chair of the Architecture Department at Barnard College. As Department Chair she oversaw the merger of the Barnard and Columbia architecture programs and has developed the current department curriculum and the digital architecture lab. She teaches architecture design studios and courses on architecture and technology. While at Barnard she has participated in the capital planning of the campus; she brings this extensive knowledge of institutional organizations and the specific needs of academic clients to the work of Marble Fairbanks.