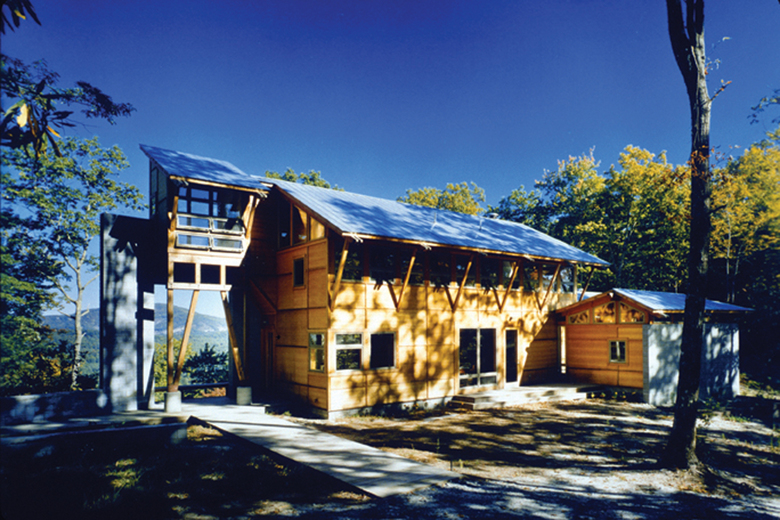 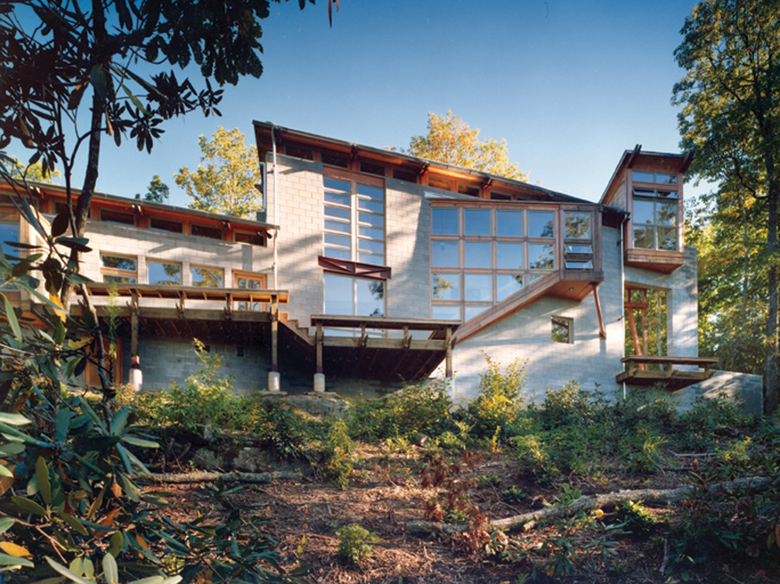 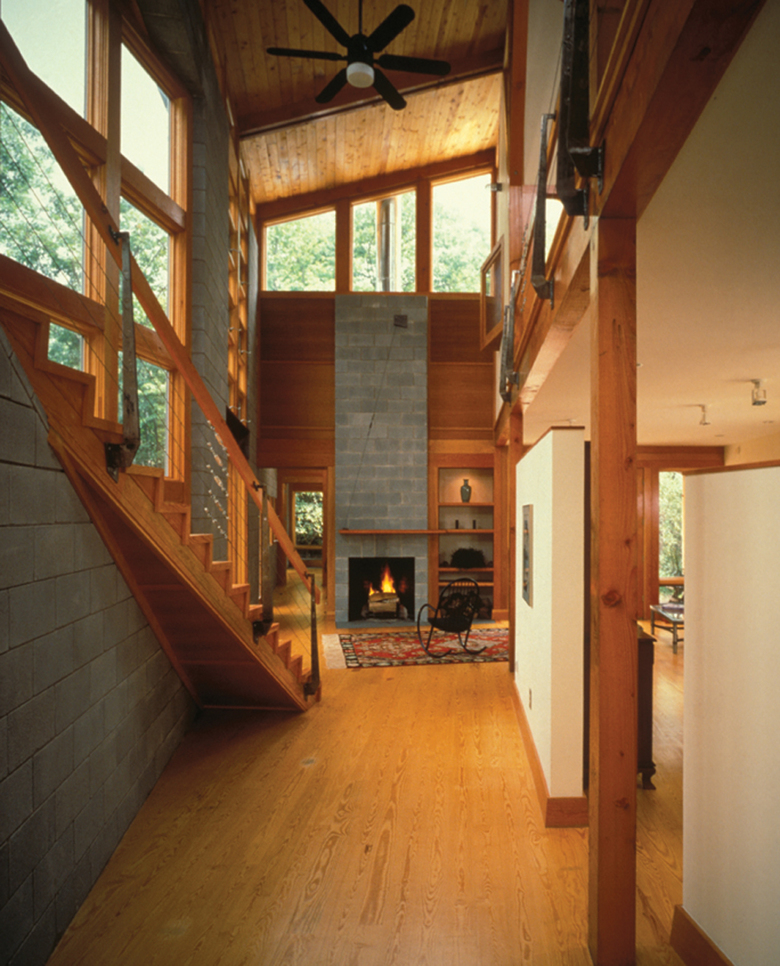 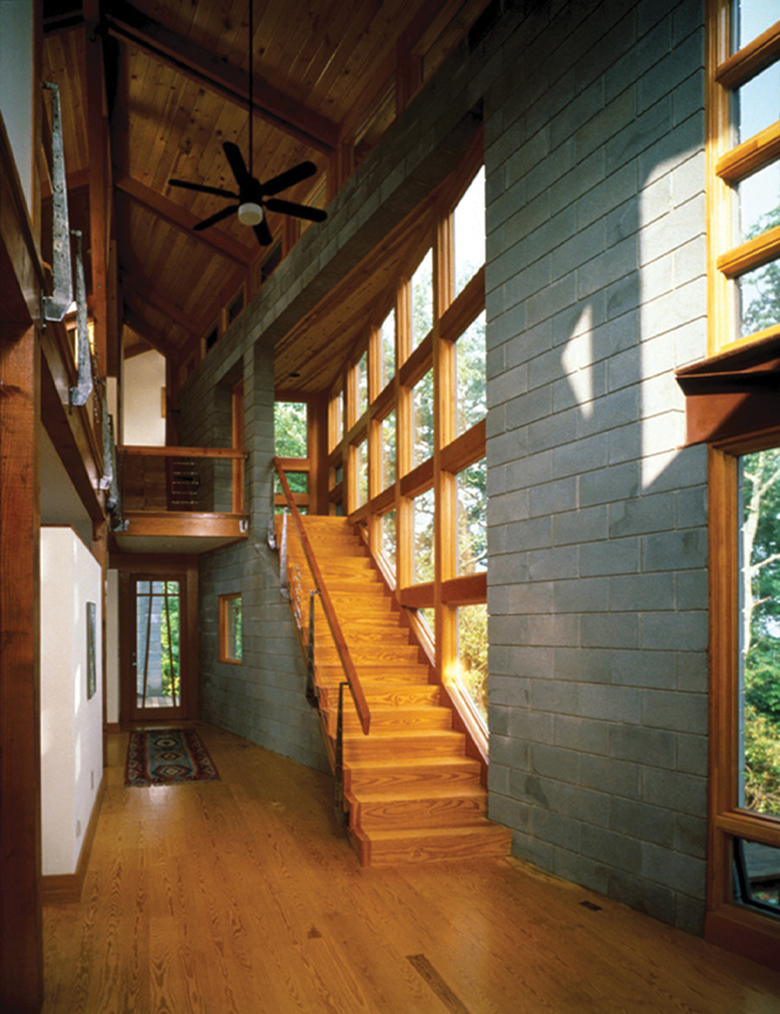 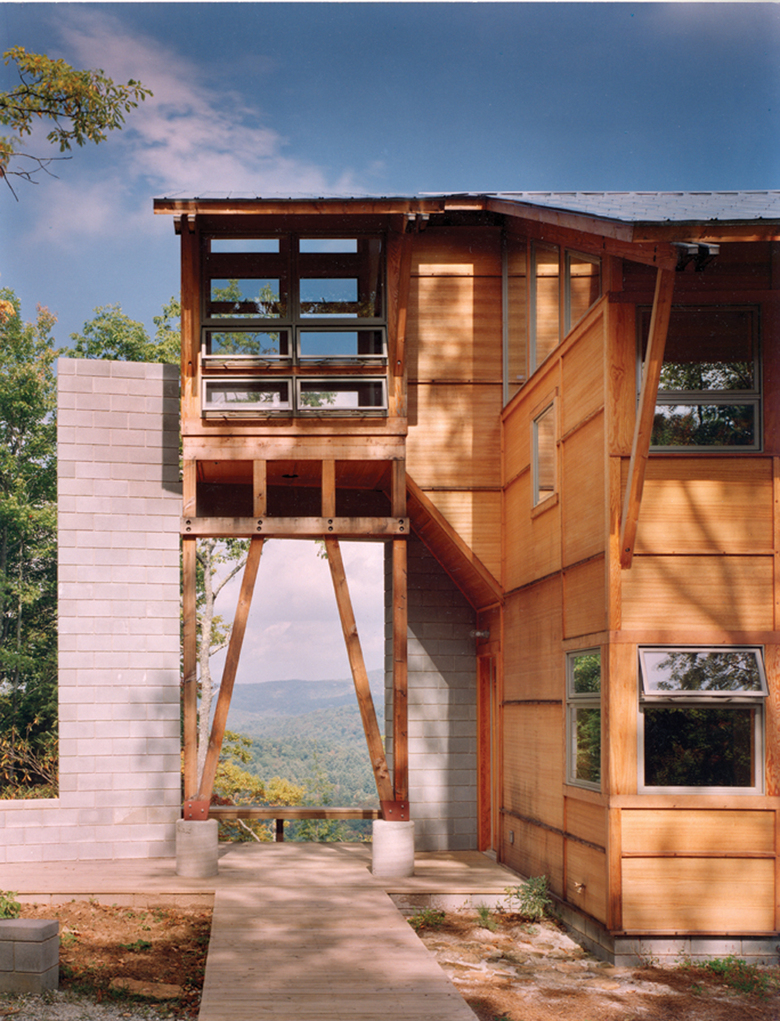 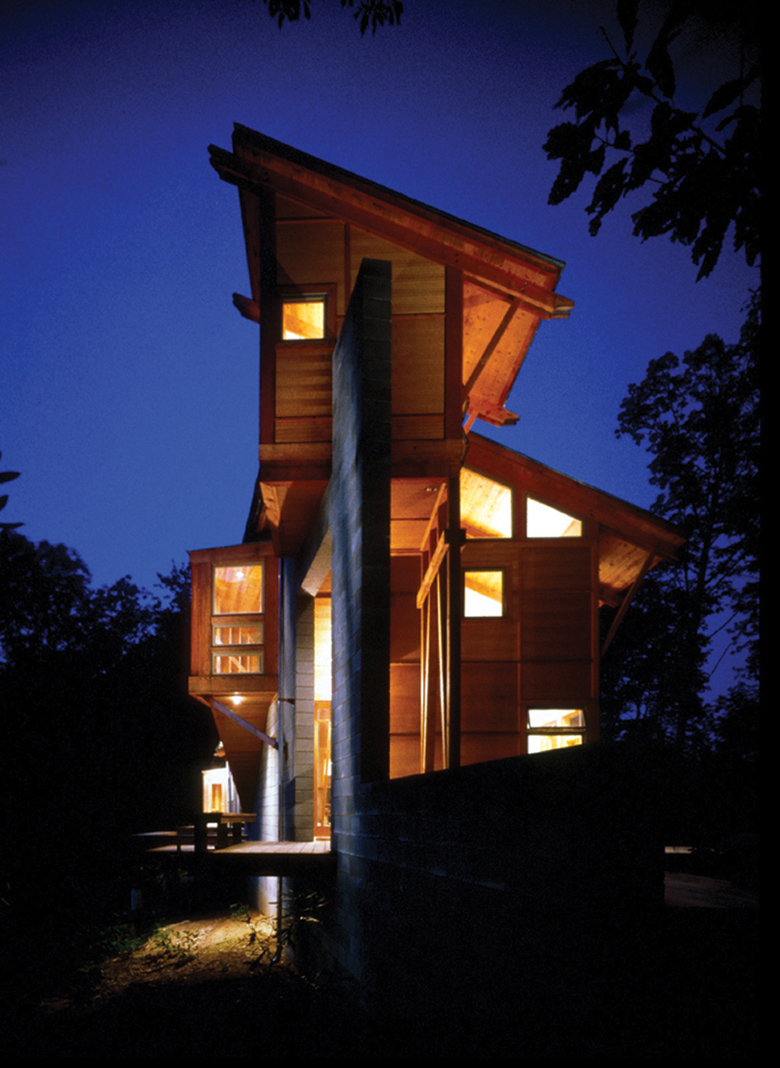 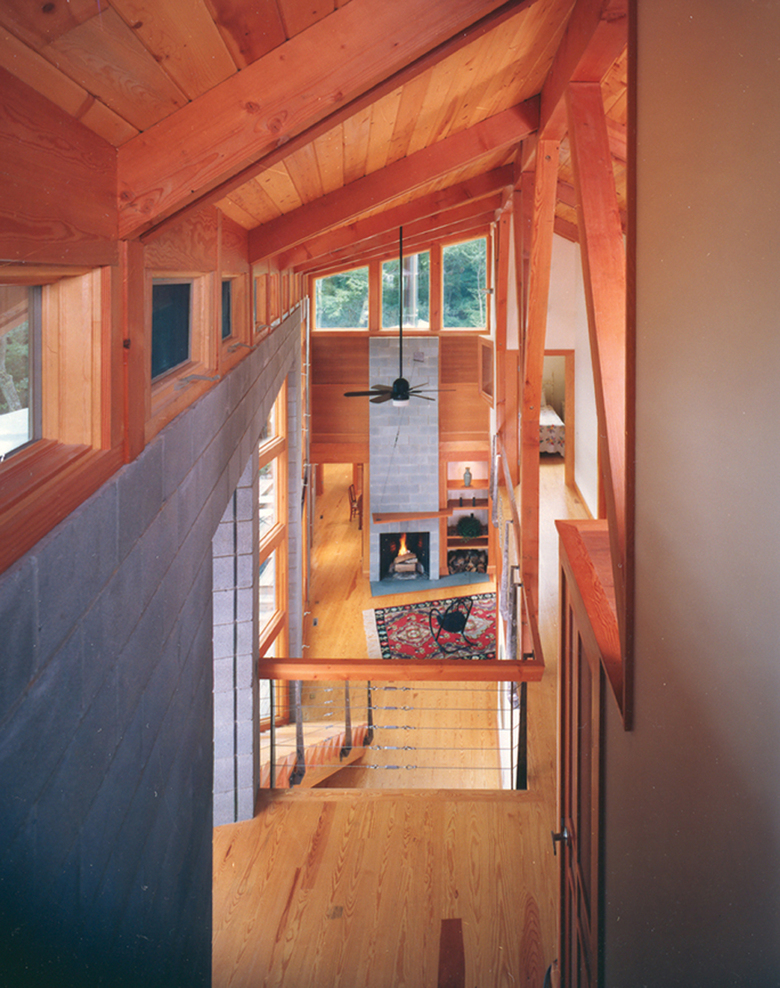 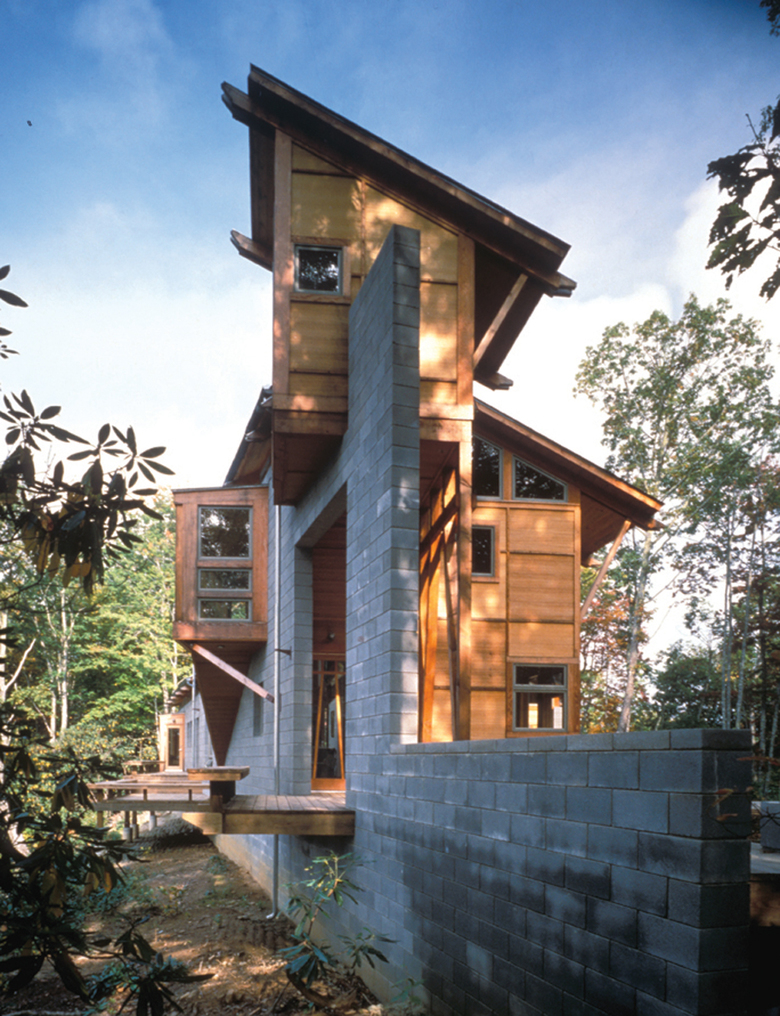 My first residential design was for the late June Moore, an ex-girlfriend’s mother (never burn your bridges). June wanted the house to take advantage of the views of the surrounding landscape and to prioritize privacy. Set between vistas of mountains to the north and woods to the south, the house has two distinct faces. The split-personality scheme is an extension of the parallel yet opposing characteristics of the site and its owner, a politically and fiscally conservative free spirit who drove a Z28 Camaro.
A rocky, thickly wooded terrain gently slopes up from an access road to a granite ridge that traverses the site and drops dramatically behind this juncture, revealing an immense valley below and spectacular mountain range beyond. Along the precipice of the ridge, there is an intense downward pull into the receding void of the landscape. The sun moves across these mountains and creates an ever-changing canvas of light on the panorama.
A massive concrete block wall is aligned along the ridge and anchors the structure physically and symbolically—it is a formal edge between the house and the wilderness. The wall edits and reorders the expansive panorama into discrete views, through openings in the wall chosen to highlight particular features of the landscape, compressing distant vistas and figures into the immediate context, perceptually resisting its “pull.” The large opening beneath the perched study tower acts metaphorically as an entry into the landscape. The experience of the expanding landscape, from this vantage point, is echoed in the opening of the interior space into a double-height central space visible upon entry.
A composition of traditional vernacular forms, the southern portion of the building gives way to an idiosyncratic ordering of frames and volumes along and perpendicular to the concrete block wall. The northern concrete block wall, articulated in both the interior and exterior of the house, conflate the concept of interior and exterior, mirroring the concurrent experience of site and view at the exterior.  This bleeding of interior and exterior recurs in the continuous clerestory windows that separate the roof from the wall and allow the roof to “float” above the wall. The framed sky and foliage remain a constant presence along the edge, maintaining sustained visual contact with nature.
The site and view are inhabited simultaneously; the house plays with and compromises the notion of a singular perspective.

Other Projects by Marlon Blackwell Architects