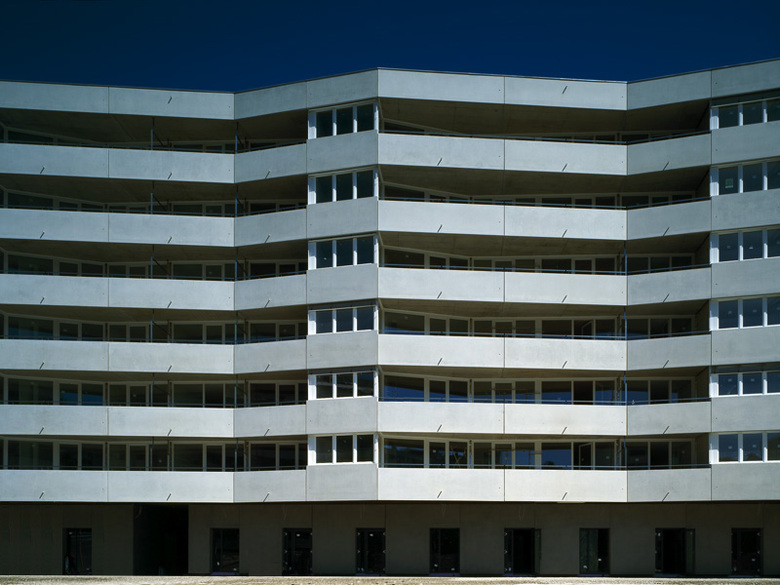 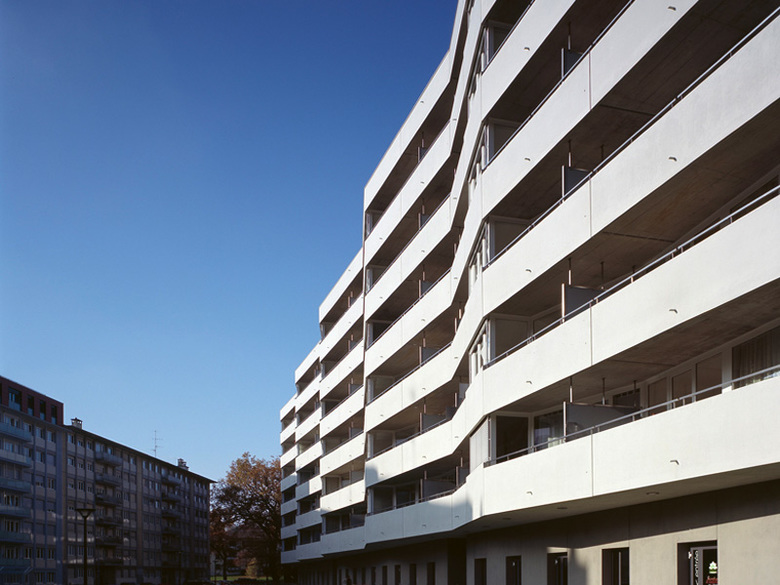 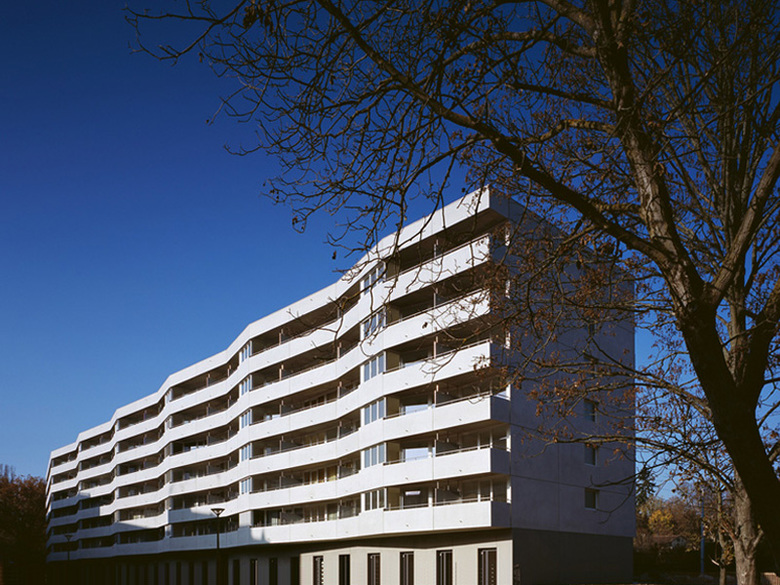 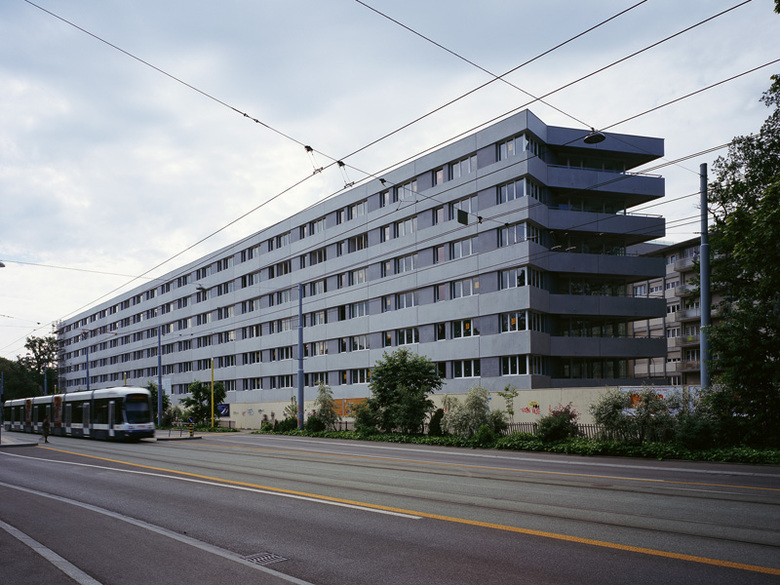 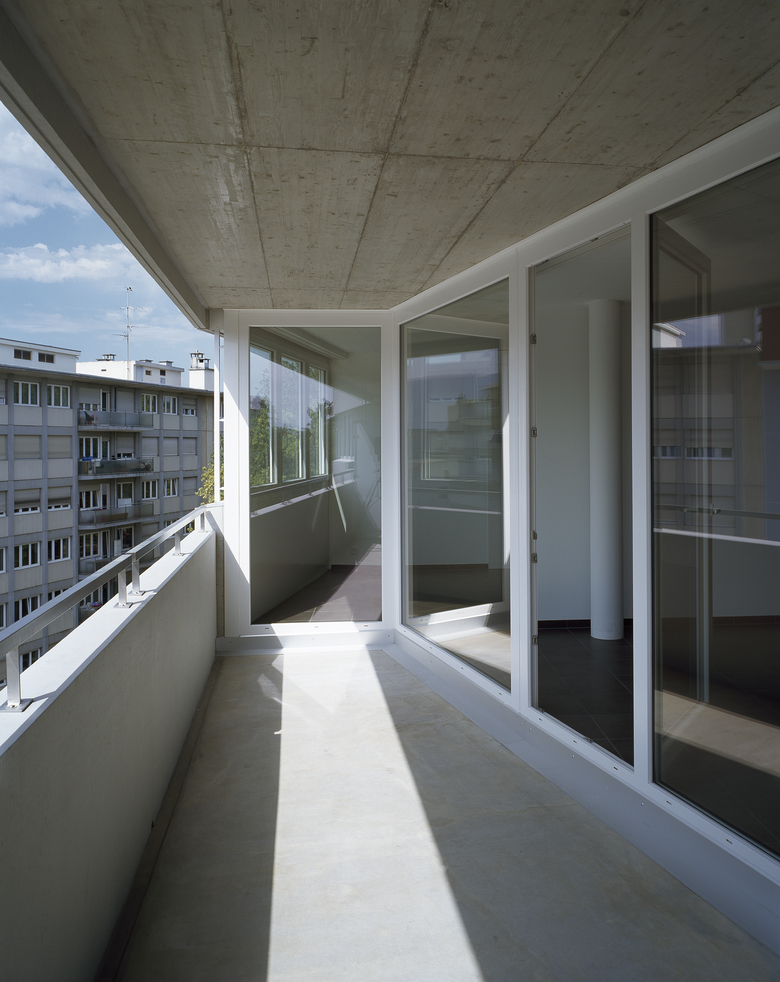 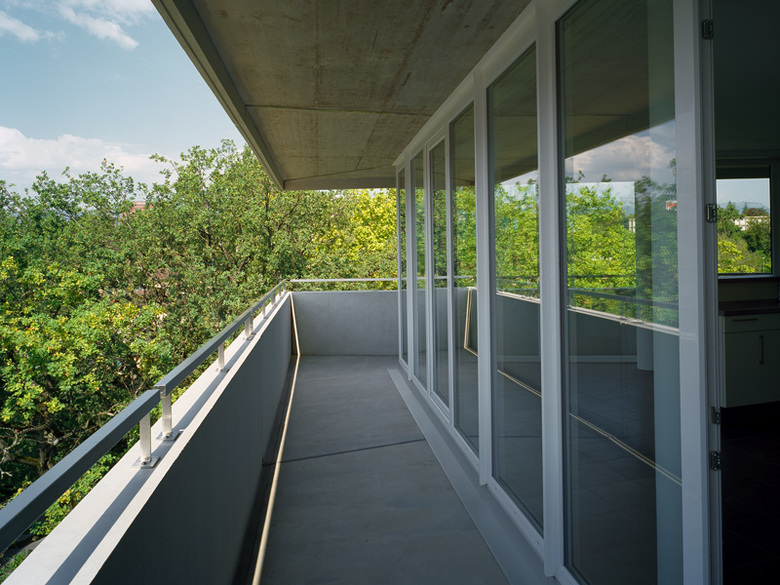 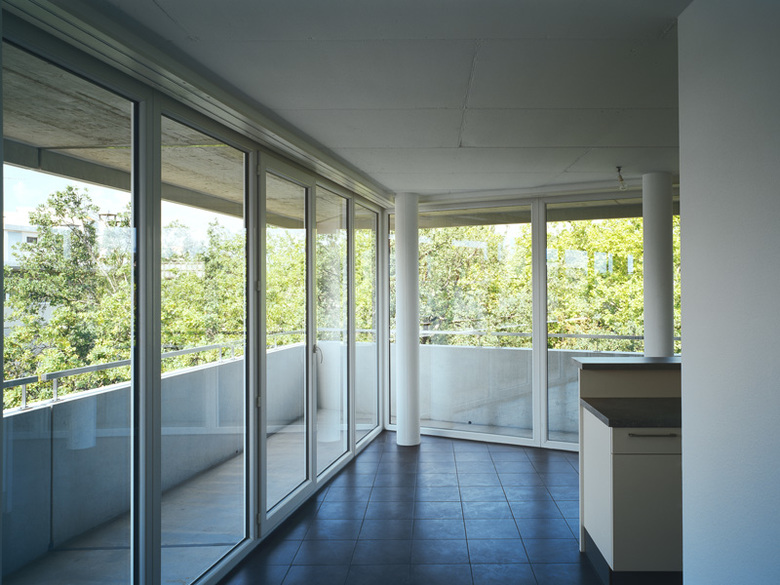 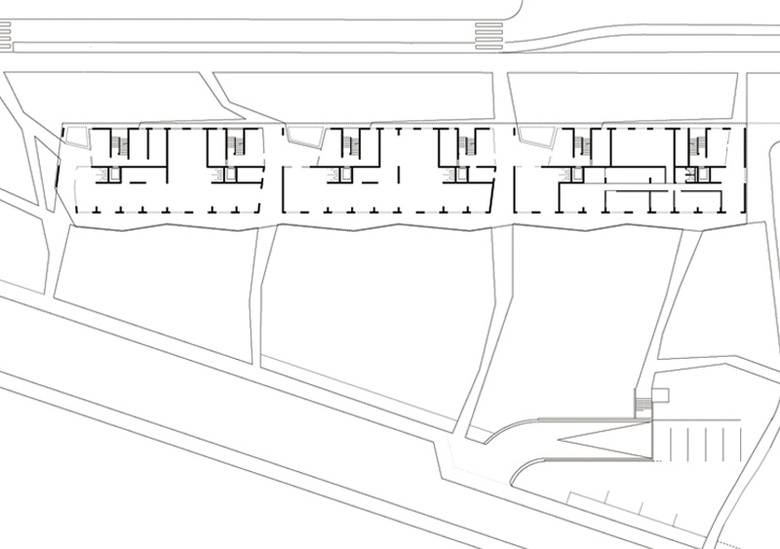 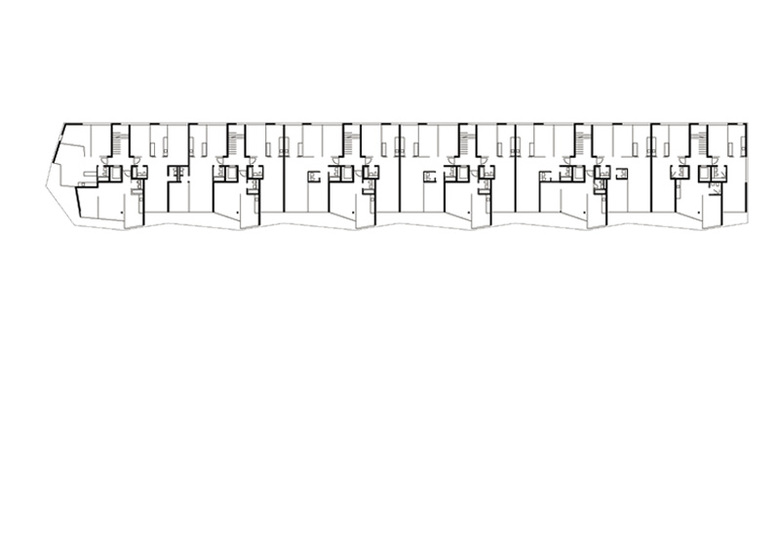 This project integrates a large apartment building into the wider context of a cantonal urbanisation plan. However, the building seeks its own rules of composition – derived from the location – to create its own autonomy and identity.

Surrounded by newly planted trees, the building has a visually pleated effect created by undulating bands of subtly coloured concrete on the walls. The balcony parapets and inset glass façade together create an “organic” rhythm that emulates the foliage of the trees.

Movement around the building is by means of naturally lit stairwells, situated on the front façade: a location that lends dignity to this communal and social space. The project uses rational typologies that accommodate the building’s perfect north-south orientation and built-up surroundings. These typologies are inspired by local layout styles, which historically consist of a central communal core around which are placed two traversing apartments and one apartment that is mono-oriented to the south.

The interior of each apartment consists of an entrance hall leading into a living area extending through the full depth of the building, from garden to street. Depending on the size of the apartment, the bedrooms are either north- or south-facing. The living rooms of all apartments open onto the broad balcony-terrace.

Other Projects by meier + associés architectes