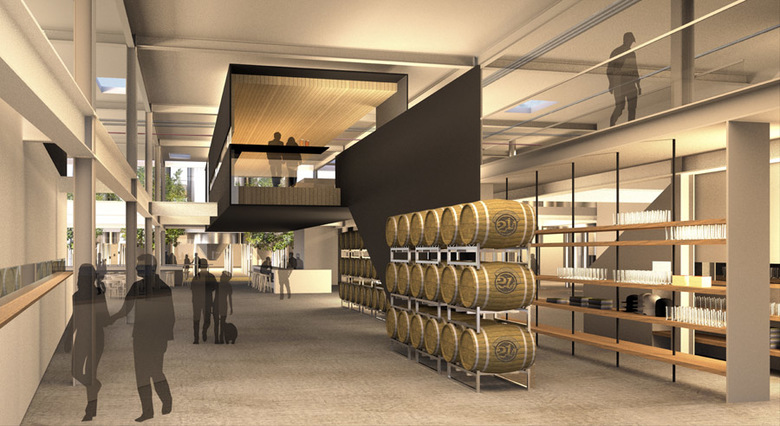 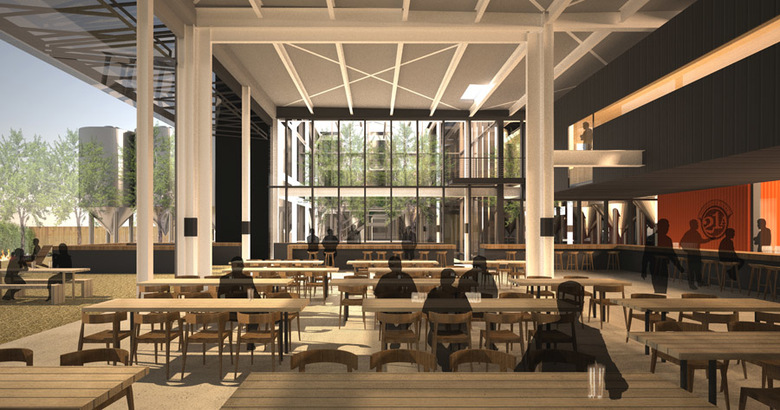 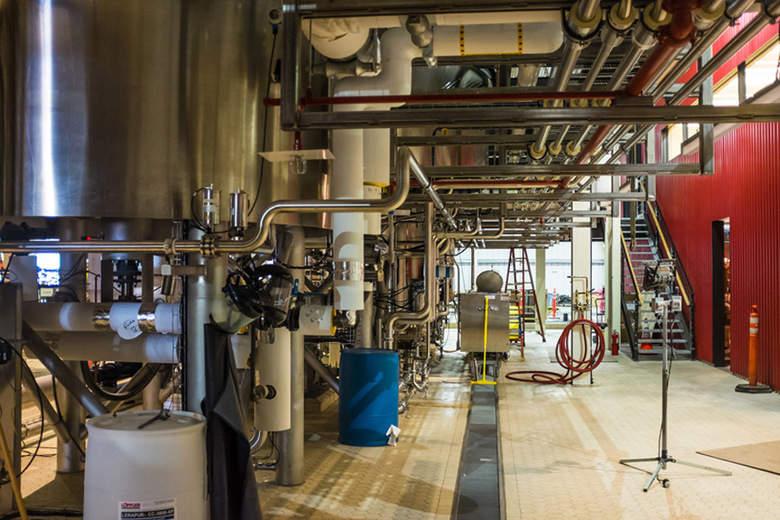 This 95,000 square foot 21st Amendment Brewery will include tap rooms, a brewer’s library, restaurant, indoor-outdoor beer garden, event/meeting space, and 250,000 BBL production brewing facility - making it among the largest in the San Francisco Bay Area.  Located in an old Kellogg’s Cereal factory, the brewery will enable visitors to immerse themselves in the art, science and process of craft brewing at its highest level. Production and  hospitality spaces will be interwoven throughout the industrial factory interior, creating a meaningful interaction between worker and visitor, process and product, ingredients and experience.
The design revolves around the facility’s crown jewel, a state-of-the-art “brew house” in a two-story skylit space, seen from throughout the rest of the brewery. Adjacent is an indoor/outdoor fermentation area and beer garden, which revolve around a daylit, tree-filled oasis that infiltrates the vast industrial space. This oasis will draw visitors deep into the center of the building, and will serve as a green backdrop for the public spaces. A circumambulating mezzanine will float through the Piranesian interior, allowing visitors to explore virtually all aspects of the beer making process without disrupting operations. Discreet taprooms are strategically placed in and among the working production areas – bringing a sense of exploration and adventure to the visitor’s tasting experience.
The existing structure’s banal industrial exterior will be re-defined with a light diaphanous skin, opening up a formerly opaque concrete box to connect to the community around it. The new skin will moderate the building’s mundane industrial envelope, filtering daylight and reimagining the relationship between interior spaces and exterior landscape. As a major investment in a neglected industrial zone, the building’s reconceived identity will play a vital role in the area’s economic and cultural transformation.

Other Projects by aidlin darling design