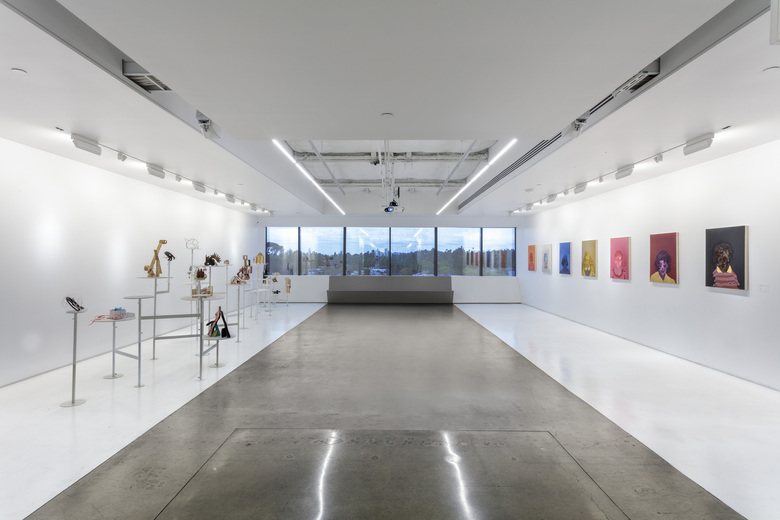 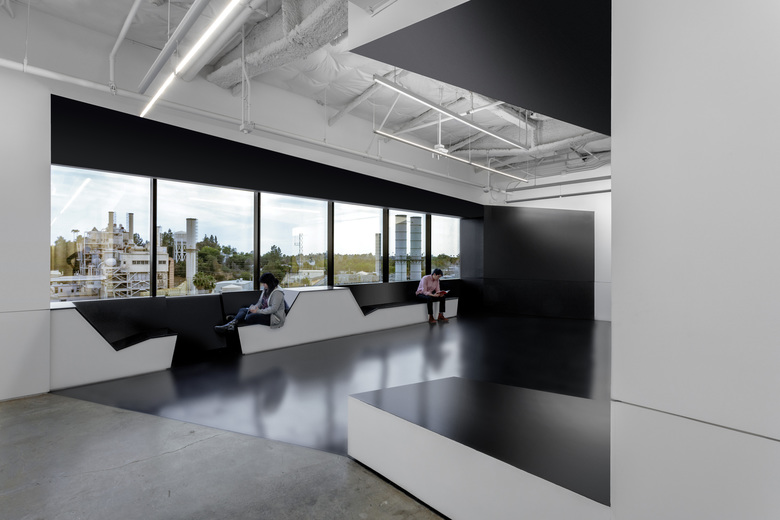 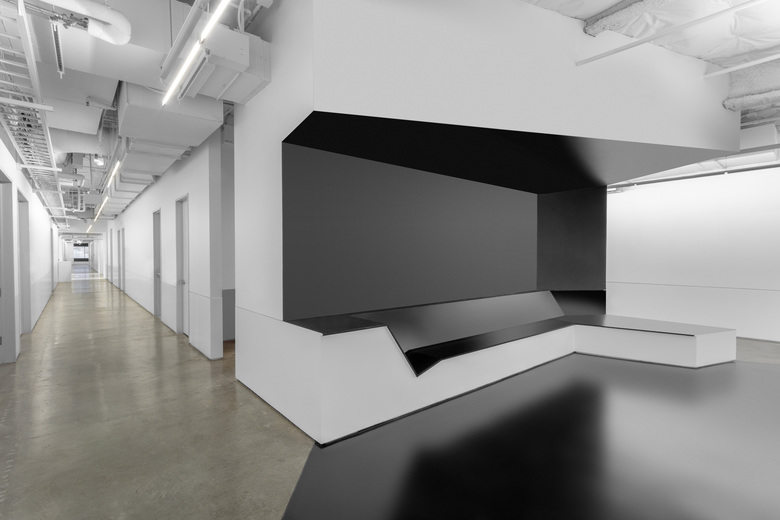 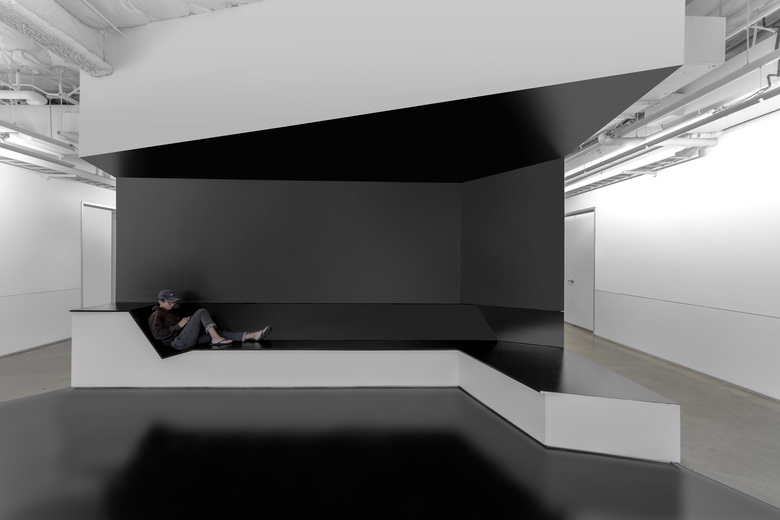 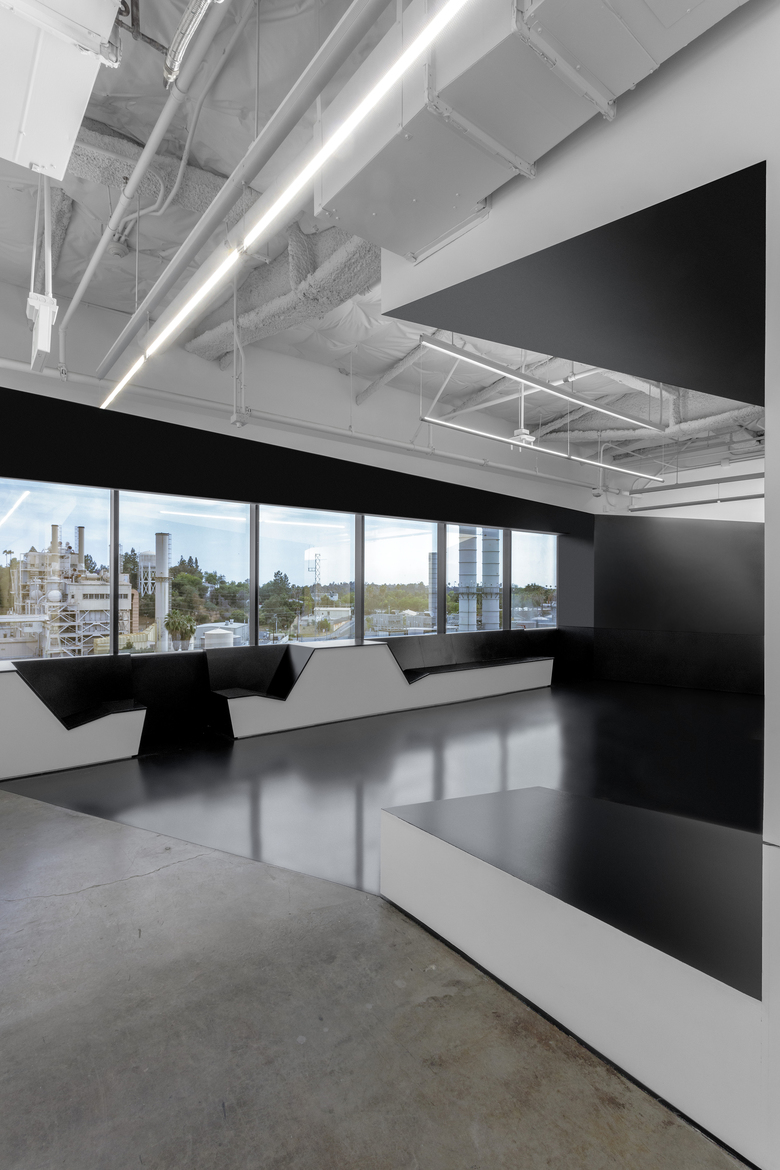 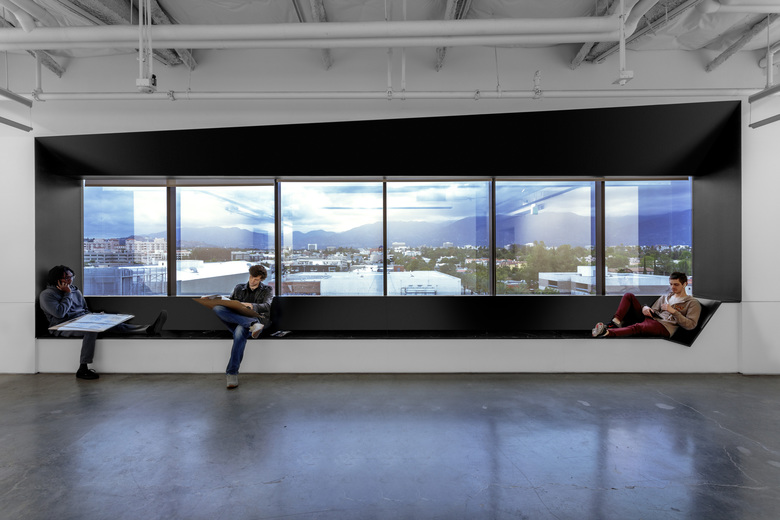 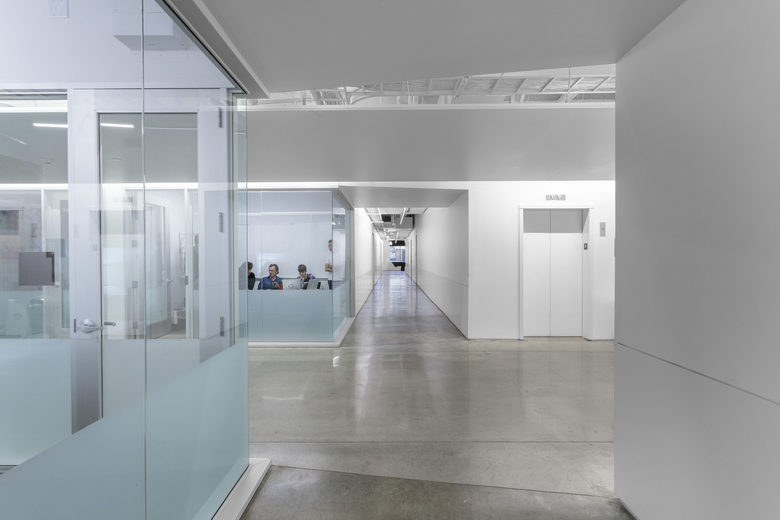 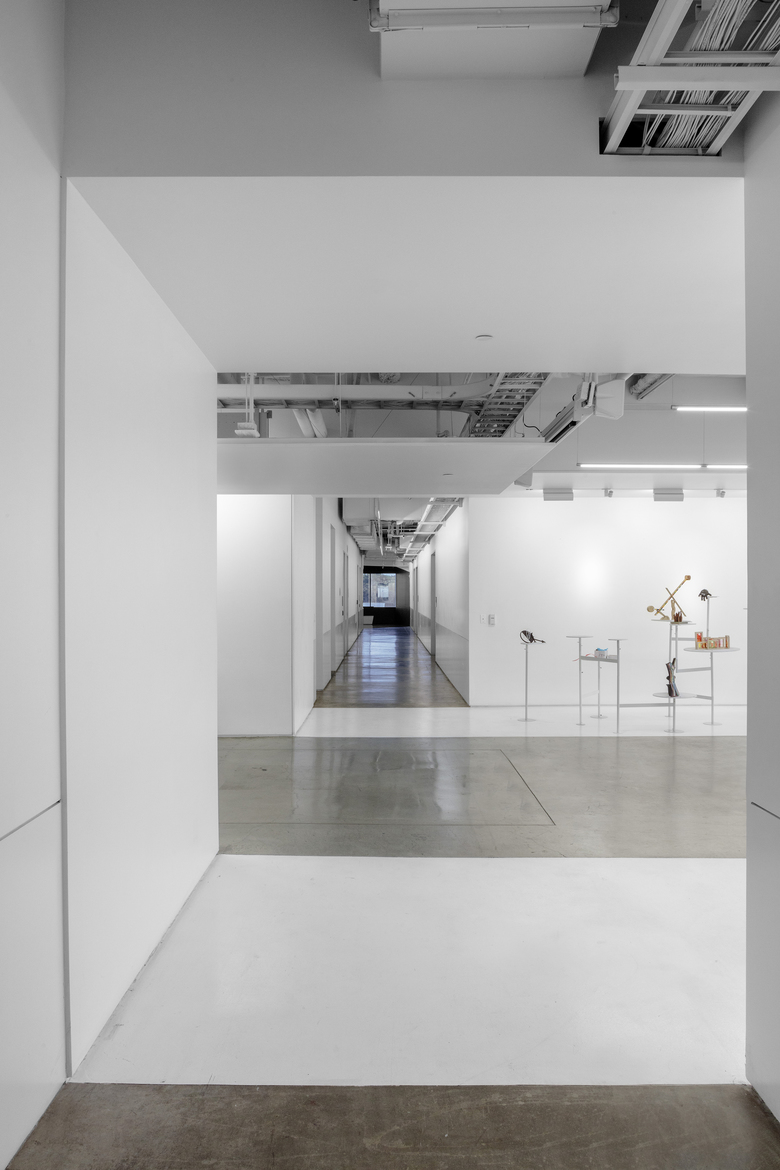 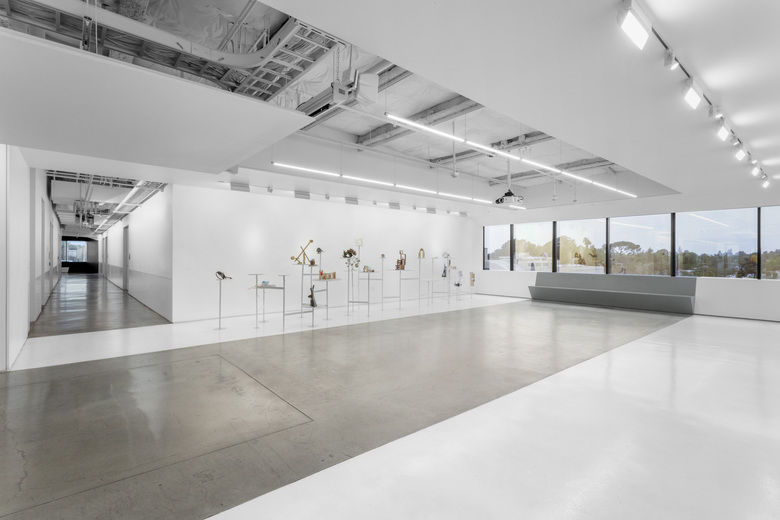 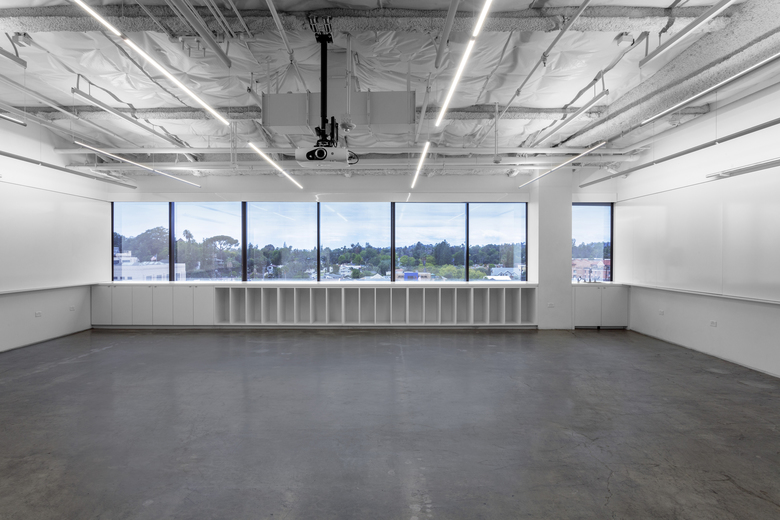 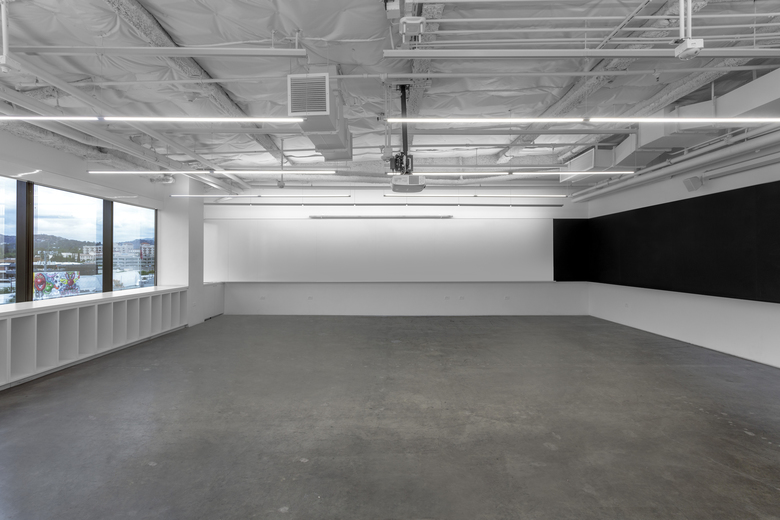 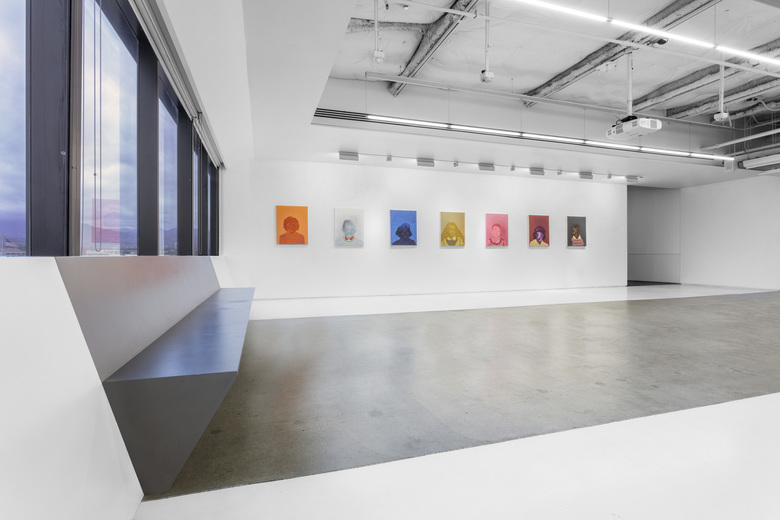 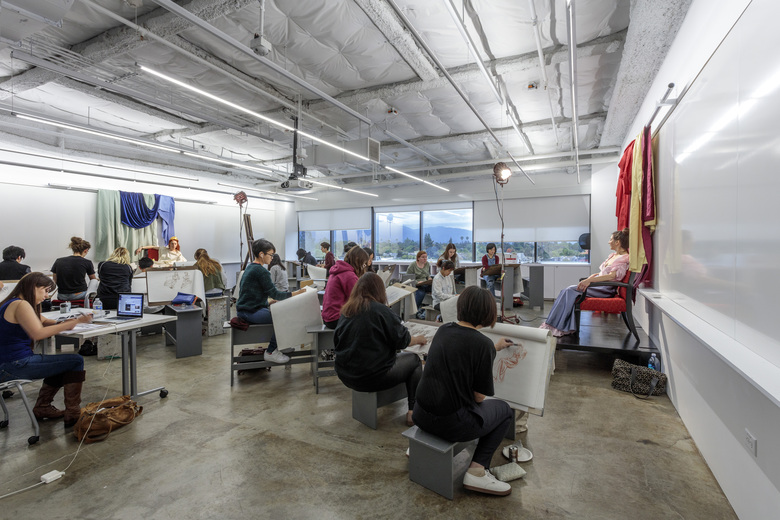 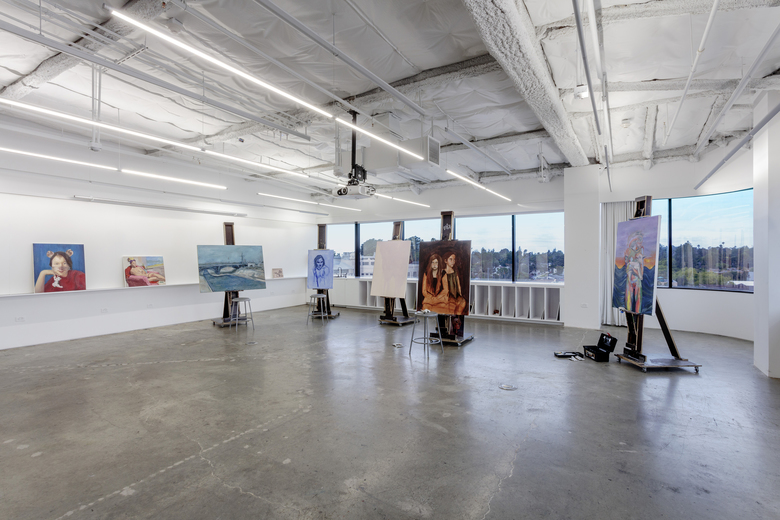 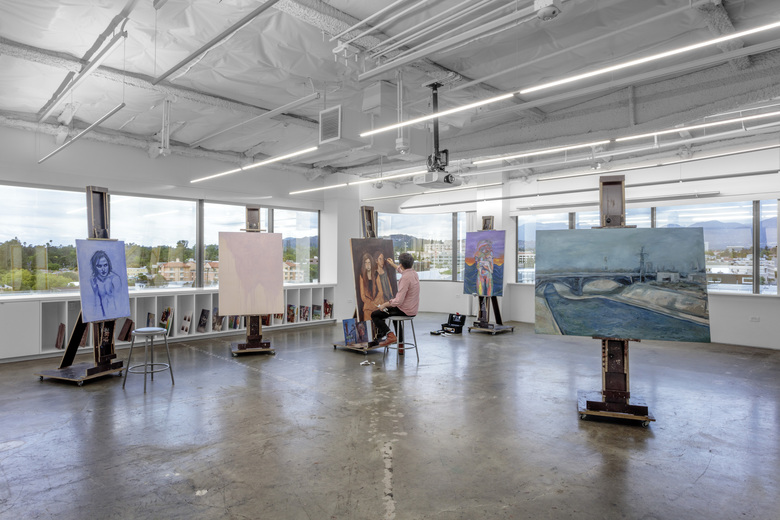 In 2014 Art Center College of Design purchased a 1980’s mirrored, lozenge shaped, 128,000 square foot, six story high rise at the very end of the historic 110 freeway in Pasadena. By its position in the city, its location at the southernmost end of the future south campus and its sheer scale the building will eventually become the school’s gateway. But not yet. With an overall master plan implementation on a 15-year horizon the school first needed to begin using the building to address its immediate needs and academic program growth.

Starting at the top level of the building DJA was asked to convert existing nondescript office space to drawing and painting classrooms. More than that the brief called for another south campus outpost; An academic and cultural destination. In addition to direct instruction spaces the program included galleries, student ‘living rooms’, offices, as well as meeting and conference spaces. The project needed to demonstrate that the existing building could be converted to support education, promote culture and align with the high aesthetic standards of the college. The design utilizes the existing powerfully horizontal space and continuous ribbon windows while disrupting the typical monotonous high-rise core and program relationships. Cross axial connections were cut into the mass of the program to create public spaces with views and natural light.

Other Projects by Darin Johnstone Architects