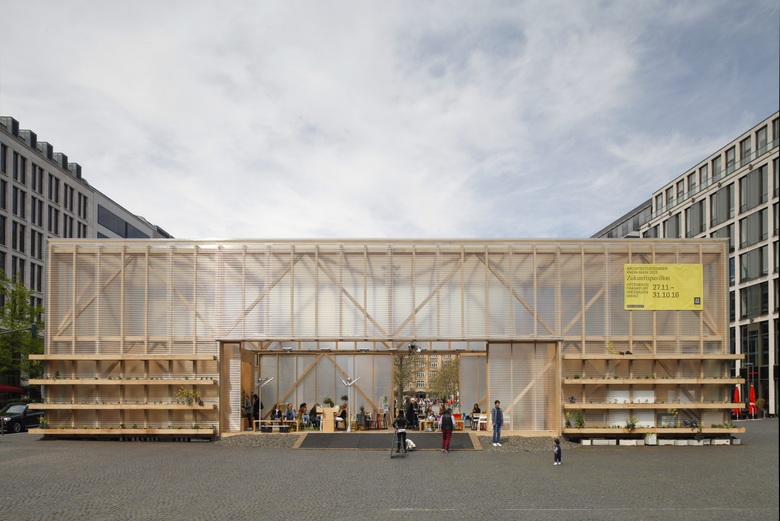 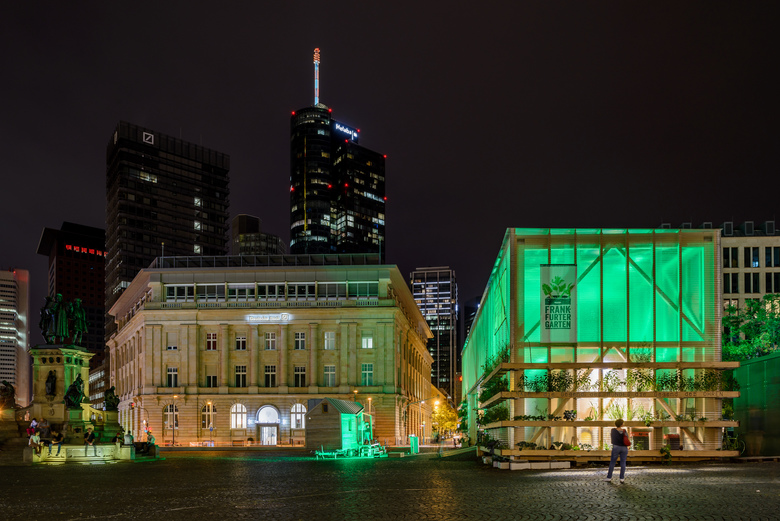 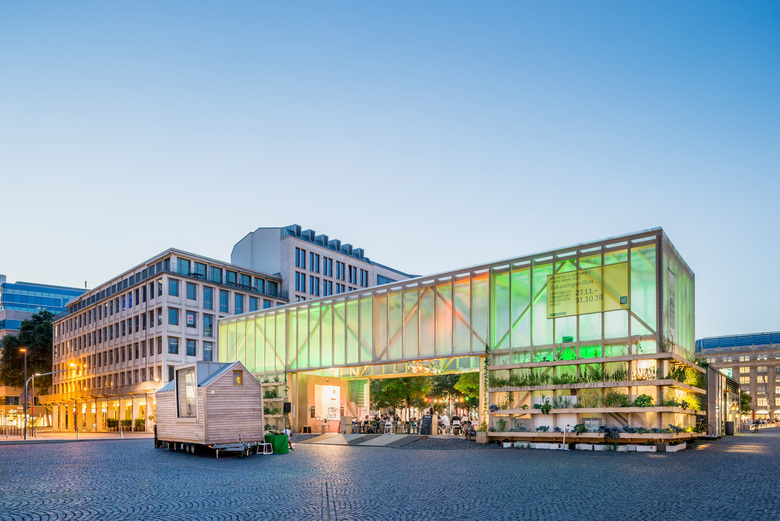 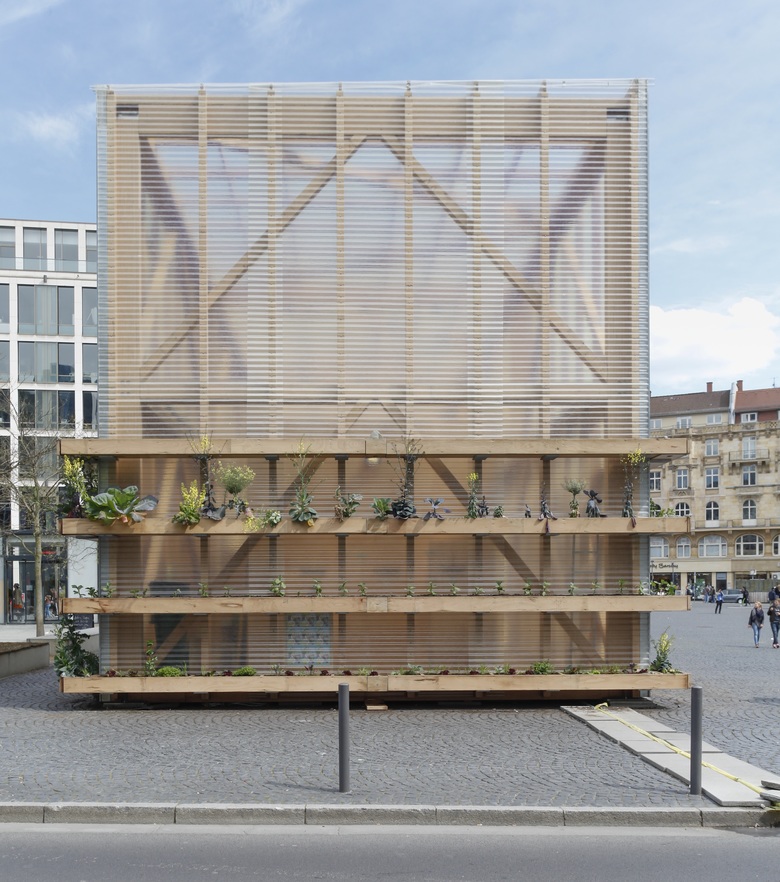 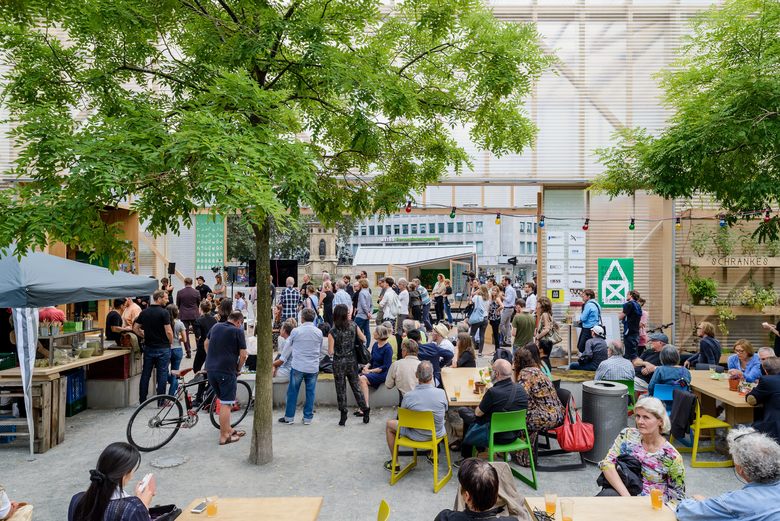 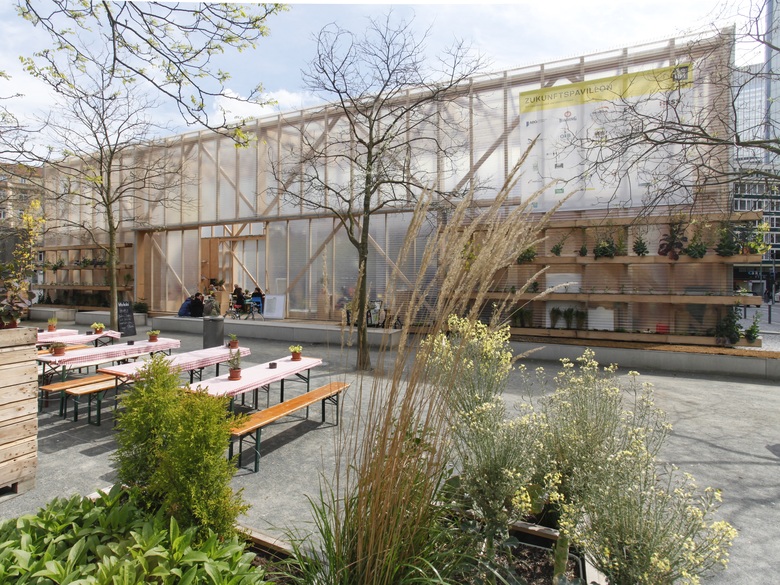 The 2015 Architecture Summer Rhine-Main (ASRM) provided a platform for ideas for how the region made up of the cities Offenbach, Frankfurt, Wiesbaden and Mainz could be designed as a single entity. The temporary "Future Pavilion" on Goetheplatz in downtown Frankfurt was the main platform, a space for exchange, discussion, live music, workshops, exhibitions, and a café. The 16-meter long entrance on both longitudinal sides encouraged passers-by to step inside. Made of laminated veneer beechwood, the frame structure was weighed down with soil and plants, making foundations unnecessary. Moreover, the lettuces and herbs planted as urban farming were used for meals in the café.

The "Future Pavilion" was operated by the two Architecture Summer associations chaired jointly by Stephanie Wellnitz and myself, together with the initiative "Frankfurt Garden". The initial idea for the project was devised at the multidisciplinary workshop "ASRM Lab 2014" at Deutsches Architektur Museum (DAM), at which urban developers "urbed" from Manchester played a pivotal role. The "Future Pavilion" was sustainable in terms of concept, meaning that in mid-2017 it was completely dismantled and moved to a new location in Hamburg. The "Future Pavilion" was financed, among others, by Kulturfonds Frankfurt RheinMain.