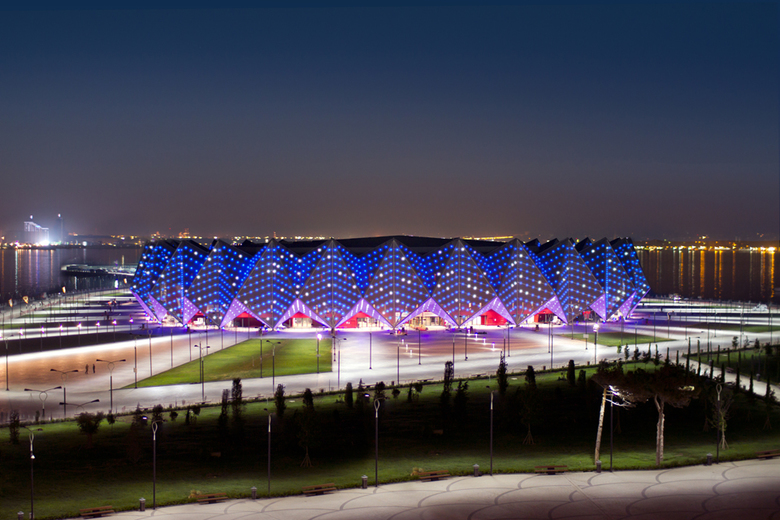 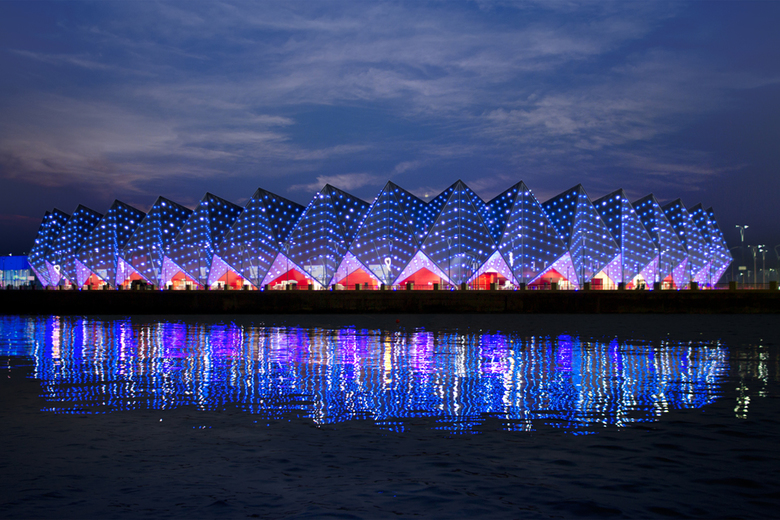 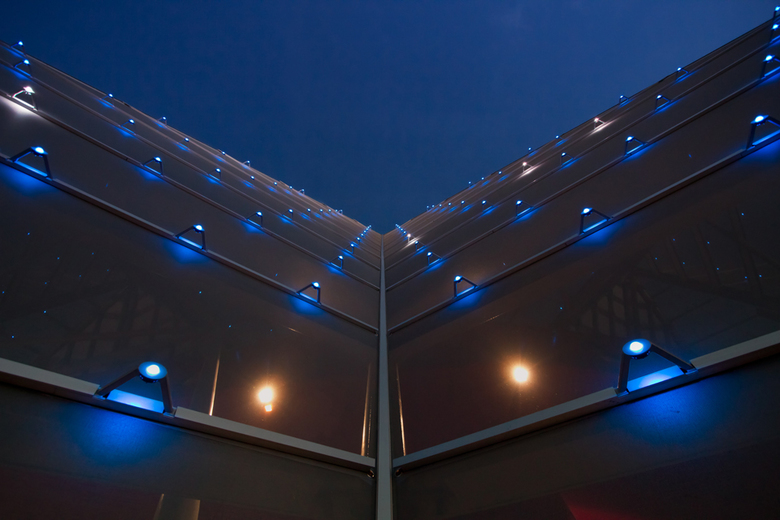 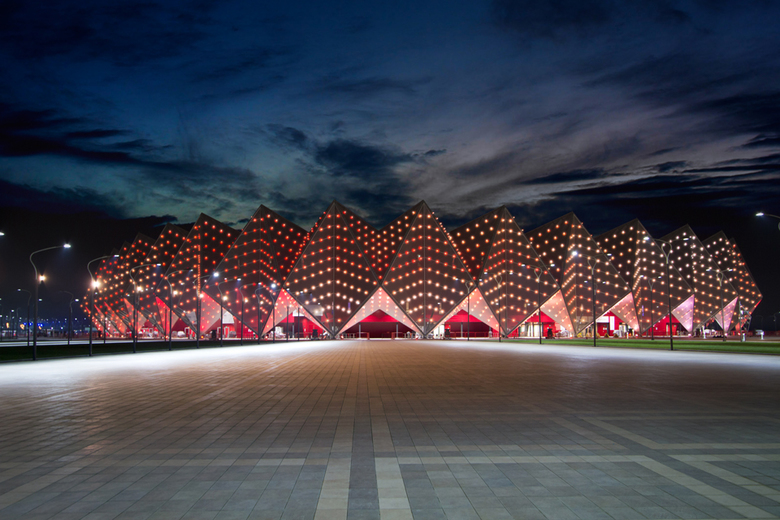 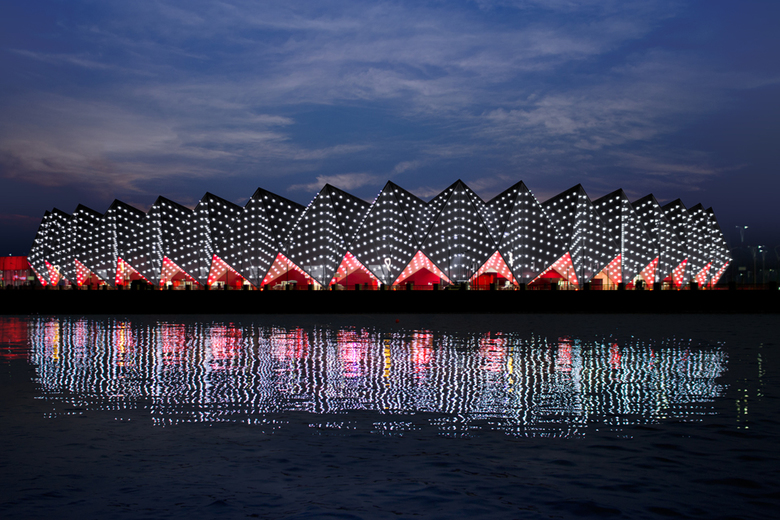 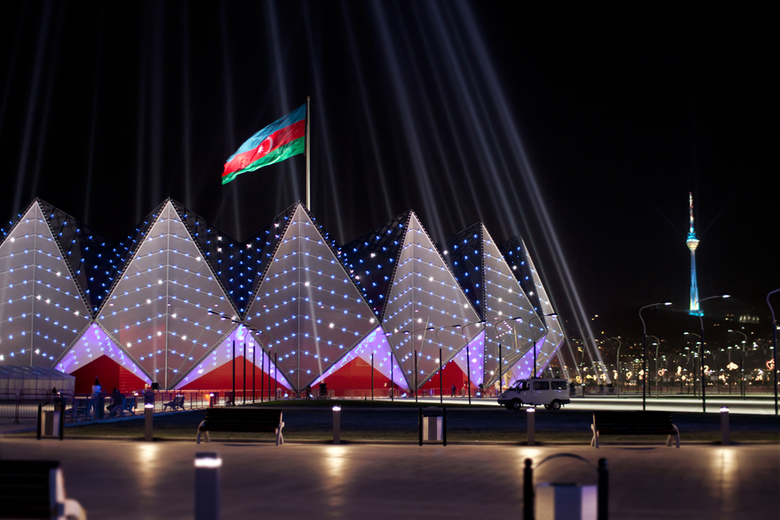 Just in time for the Eurovision Song Contest 2012, the Baku Crystal Hall - a modern, multi-functional event arena with a capacity of 23,000 spectators - could be completed in a record time of only eight months. The 206-metre-long and 168-metre-wide steel construction is clad with an illuminated membrane facade, which lends the building its characteristic crystalline appearance. During the dark hours the majestic hall’s facade is lit by 5,400 LED RGB light points that make a great visual impact.

Other Projects by Lichtvision