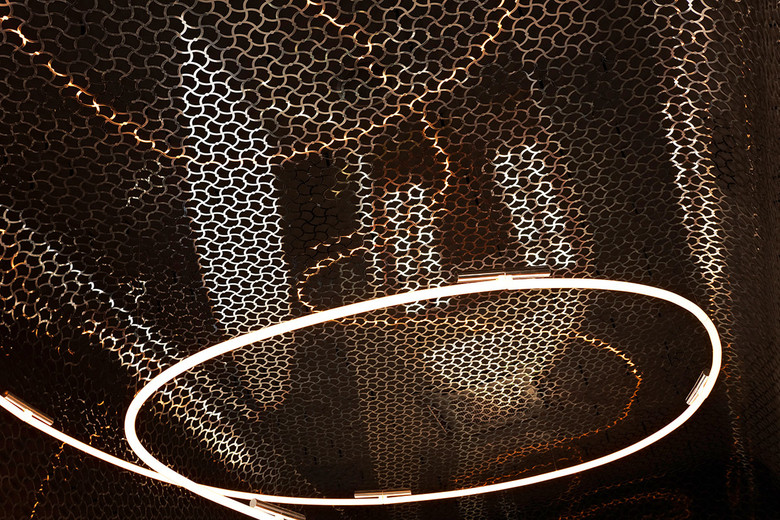 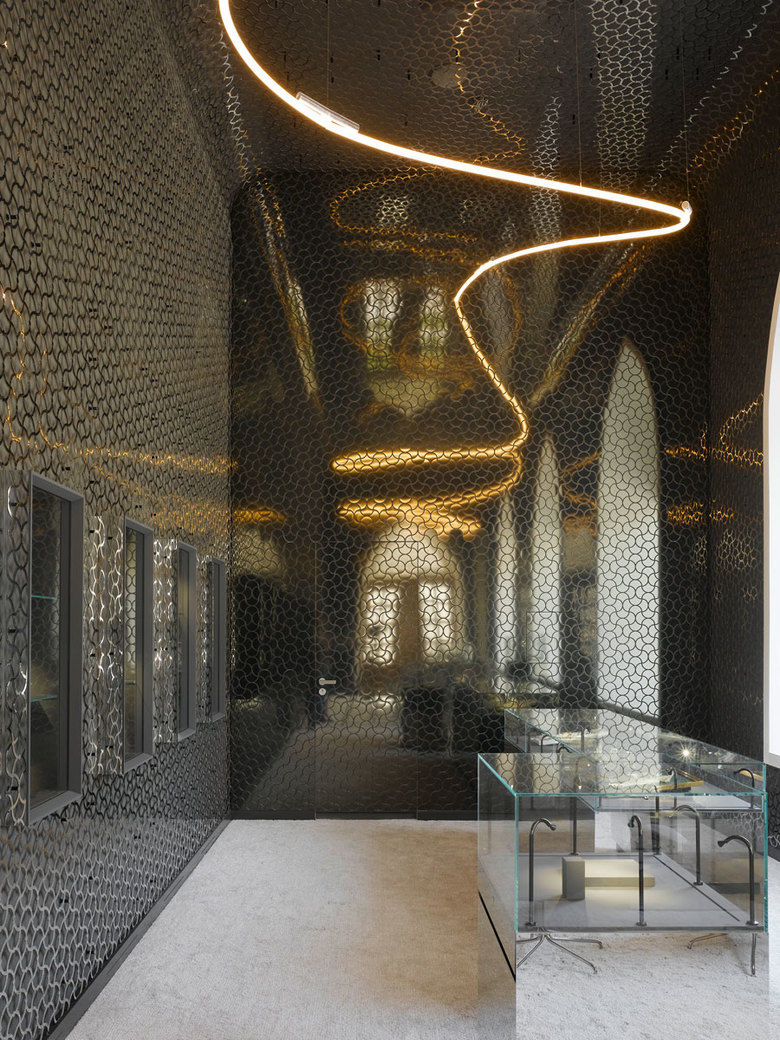 Ippolito Fleitz Group has designed the interior architecture of the Uzbekistan International Forums Palace, located on Amir Timur Square in the heart of the Uzbek capital Tashkent. The palace was ceremonially opened in September 2009 to celebrate the occasion of Tashkent’s 2200th anniversary. A jewellery shop, housed in one of two historic bell towers providing the design prelude to this representative ensemble on Amir Timur Square, was also designed as part of the project.

Entering the space is like stepping inside an ornate jewellery box. The rooms translate the exclusive nature of the goods on display both thematically and functionally. Dark walls are completely overlaid with laser-cut decorative ornamentation, made from highly-polished stainless steel panels that depart from the wall surface and enter the space itself. The effect created is that of a second skin that develops unexpected depths of light. The length of the rooms is optically elongated by means of ornamental, tinted mirrors on the end walls and a dynamic lighting element crossing the ceiling. Only a few selected openings such as windows and display cases break the boundaries of this shimmering casket. Precisely illuminated jewellery display cases, in part equipped with monitors, offer the ideal stage on which to present precious collections of jewels. In the historic setting of the bell tower, Uzbekistan’s design traditions melt and merge with a contemporary design language. The historical ornamentation at the tip of the pointed arch windows casts its reflection upon the stainless steel patterns in the interior. Interior and exterior, old and new are thus conjoined and intermingle in a fascinating synthesis.