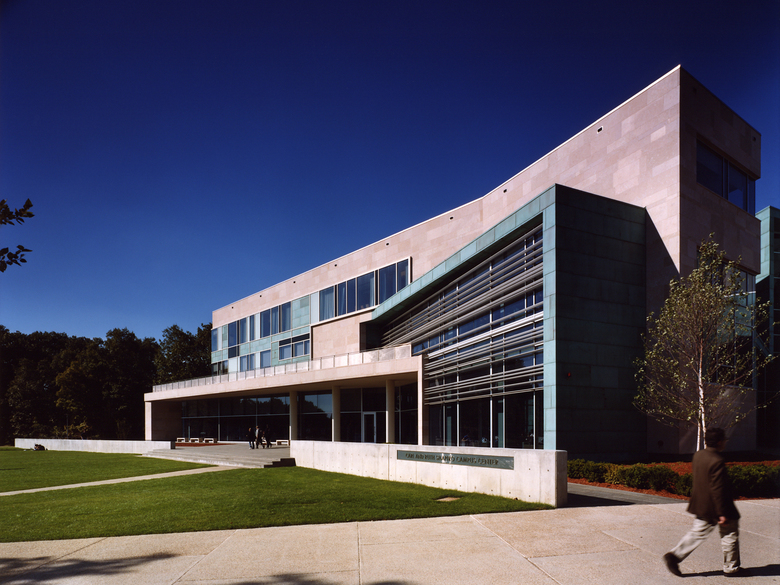 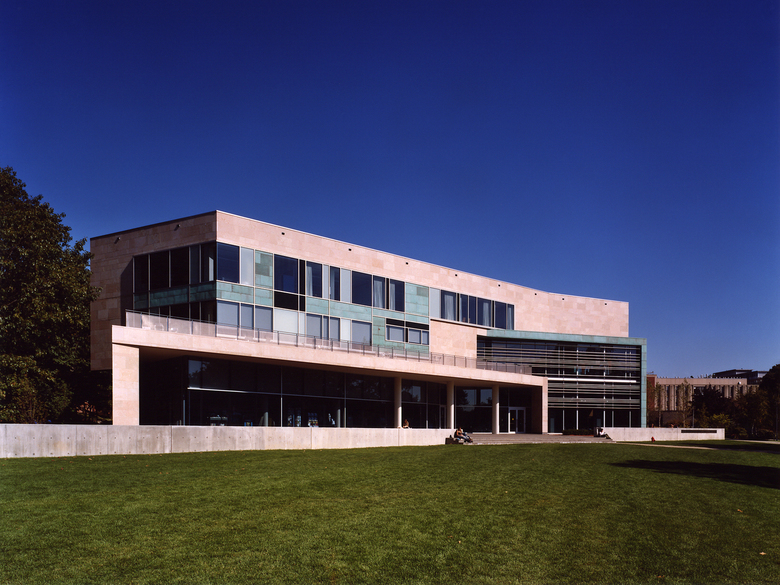 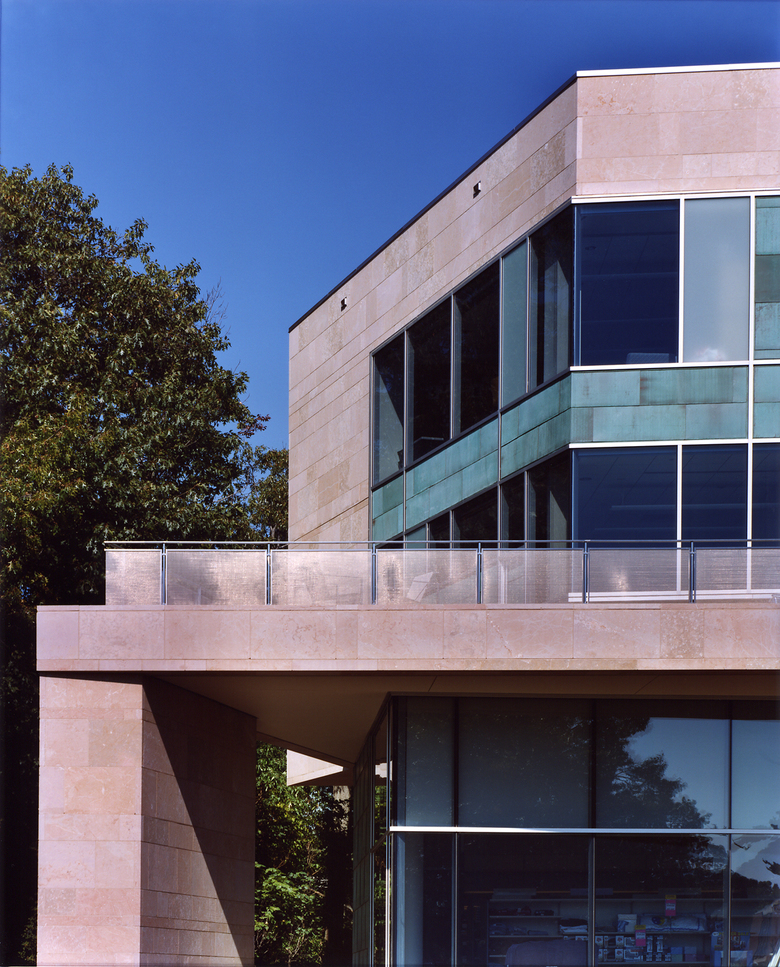 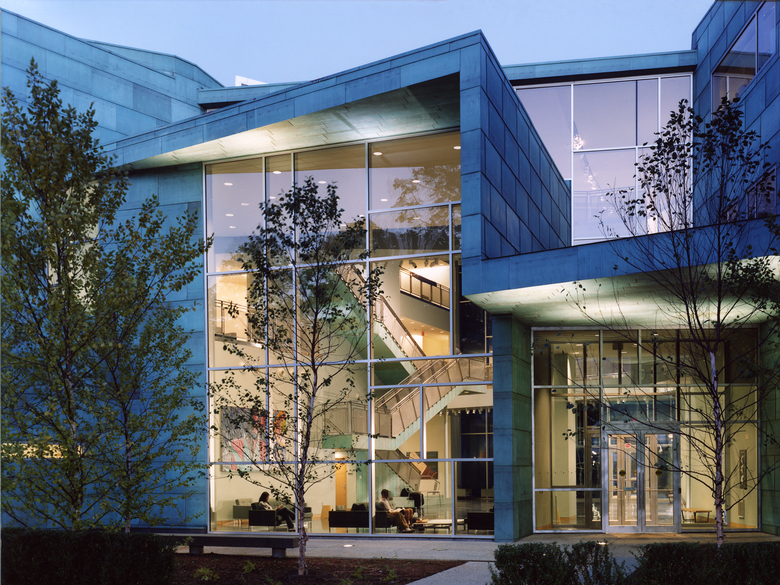 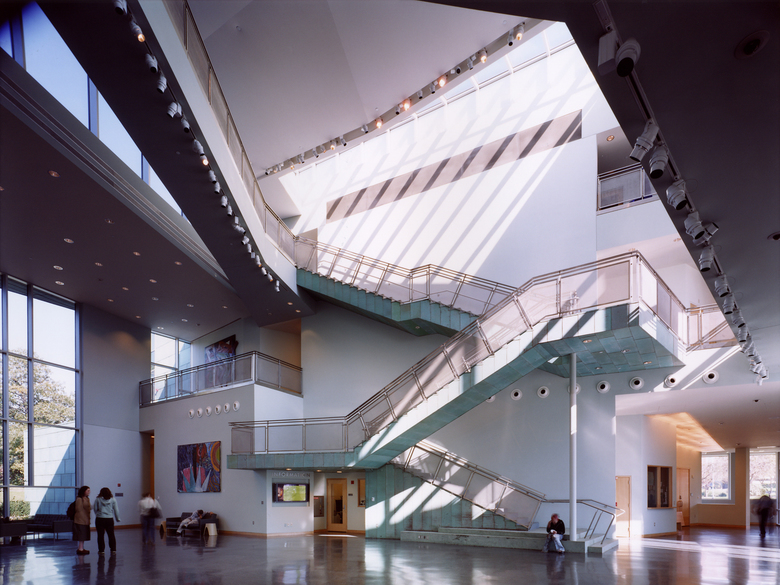 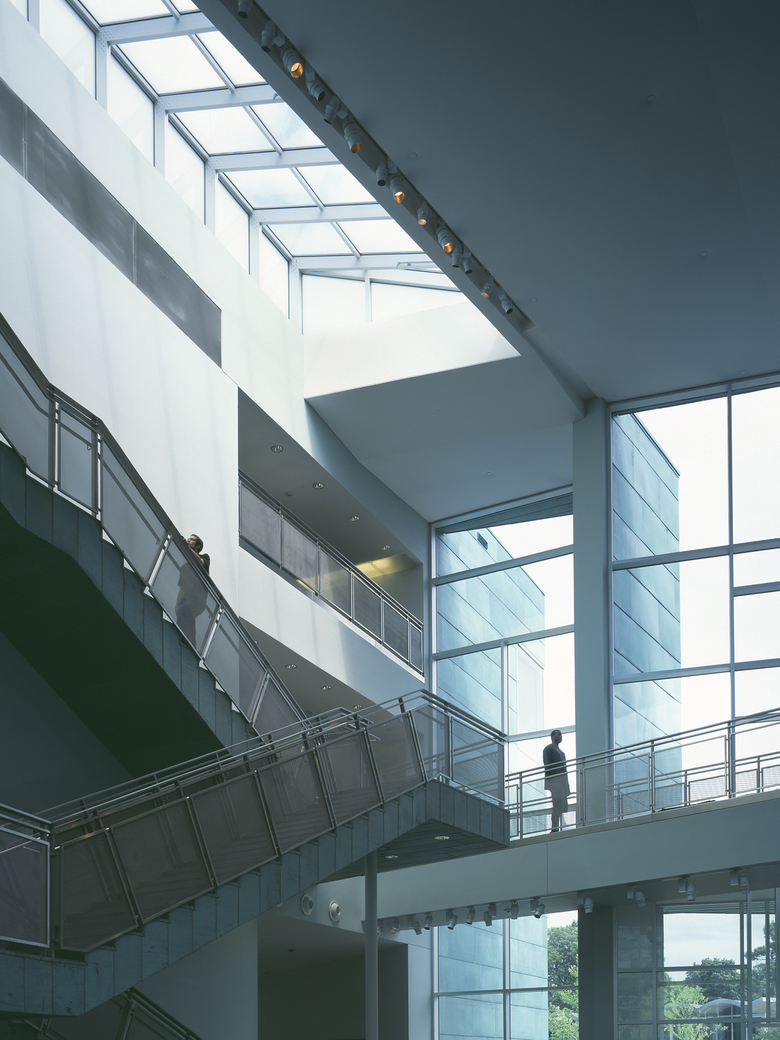 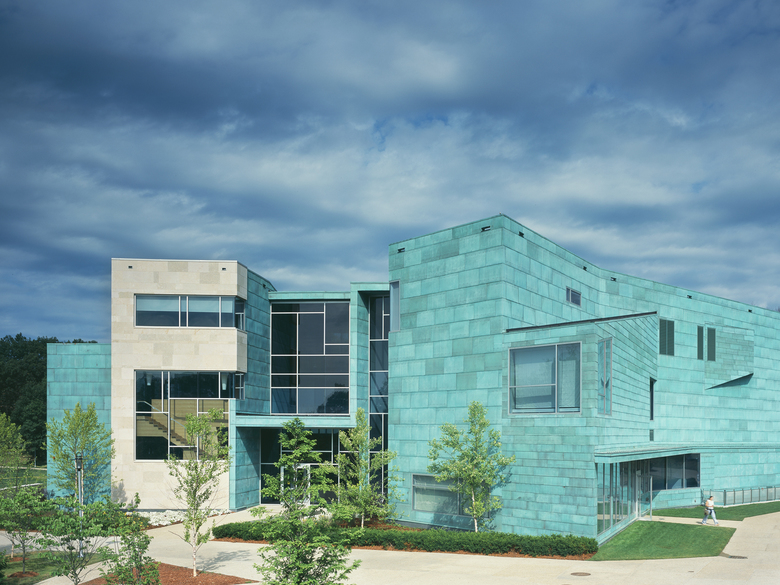 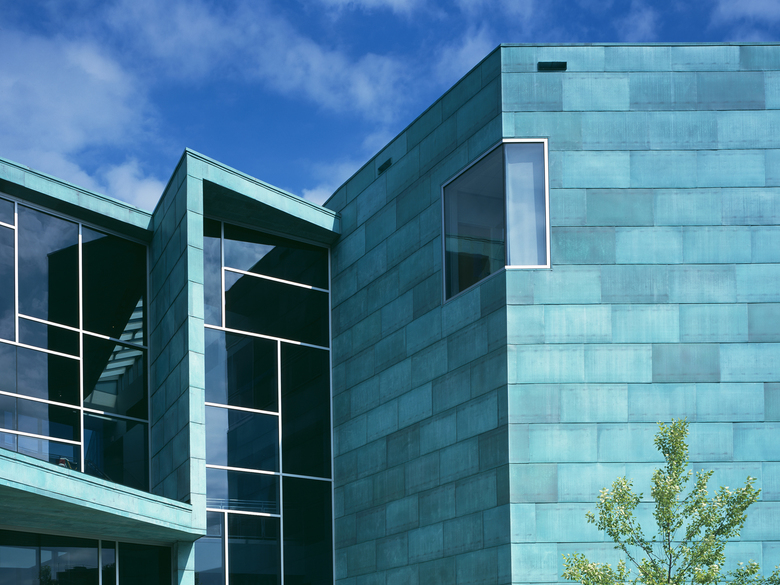 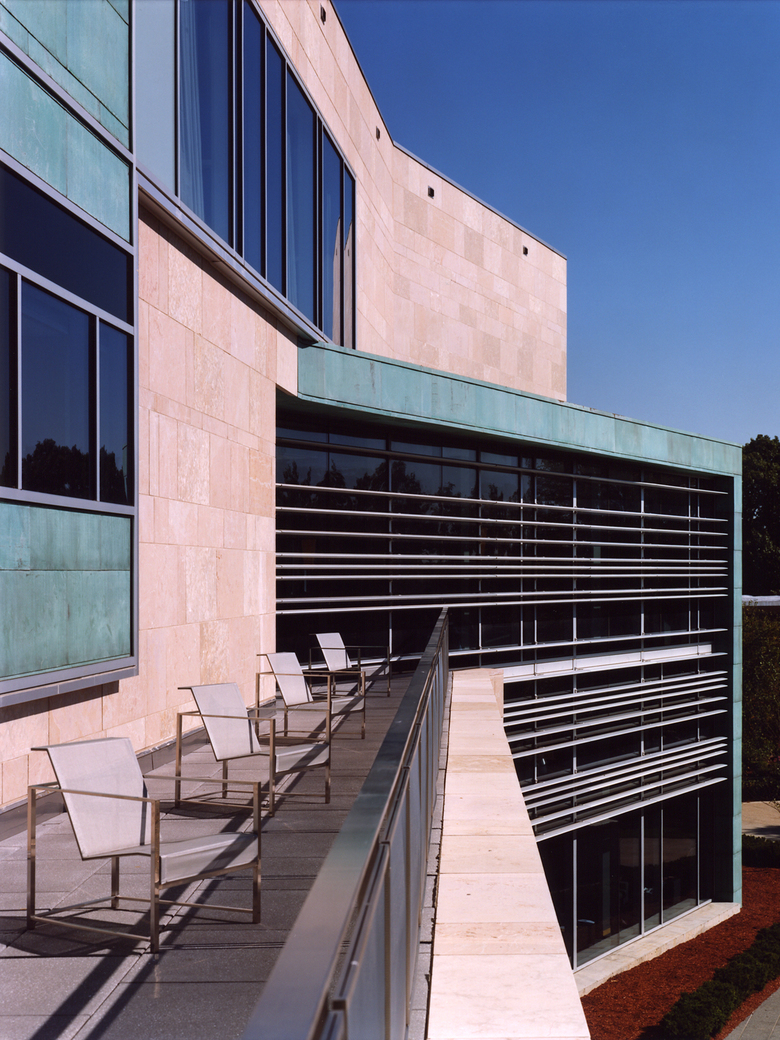 Our intent was to invest this hub of student life with vitality and inviting warmth for students who seek out its lounges, café, and club meeting rooms. By necessity, then, the campus center had to be a counterpoise to traditional New England architecture. At its core is a three-story atrium that floods with natural light. It is further animated by a bold copper-paneled stair that, as it changes course, creates spacious landings for chance encounters or people-watching; overhead, two bridges link the upper floors of the building’s wings. By apportioning the large square-footage requirements into two wings—instead of one large mass—our design also brings abundant light into the upstairs offices and meeting rooms.
Brandeis, with its modernist tradition and post WW II campus, was a natural setting for our campus center design. We placed the building at the campus’ geographic center, where two major pedestrian axes cross. Our site plan created a courtyard, gardens, and an expansive green—something that the postwar campus had lacked. The site plan also links the student center with the college’s art museum, a large theater, administrative offices, and the new Admissions Center, which we completed six years later.

Other Projects by Charles Rose Architects