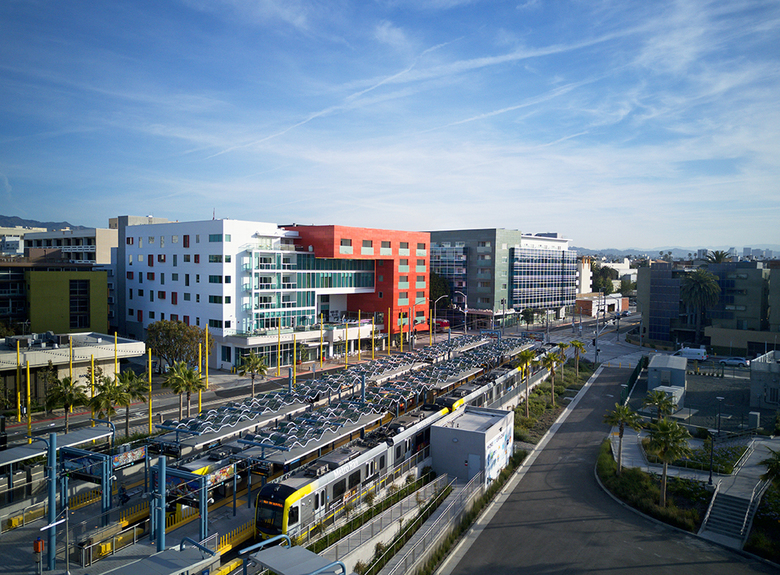 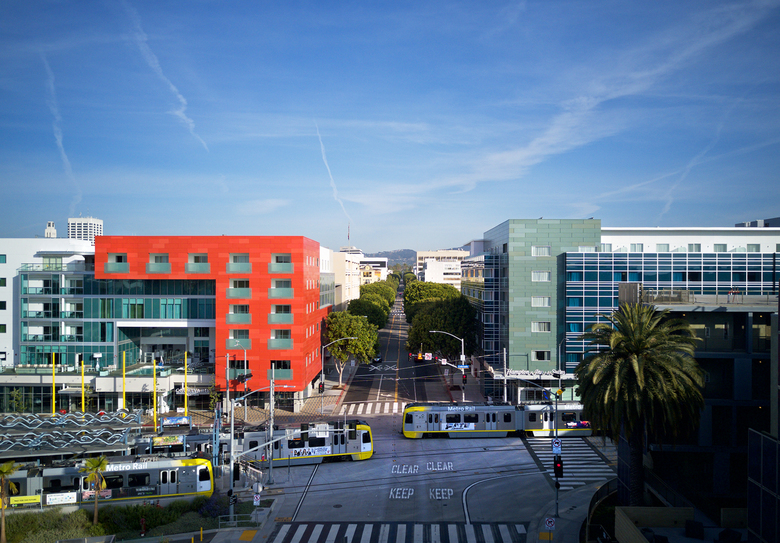 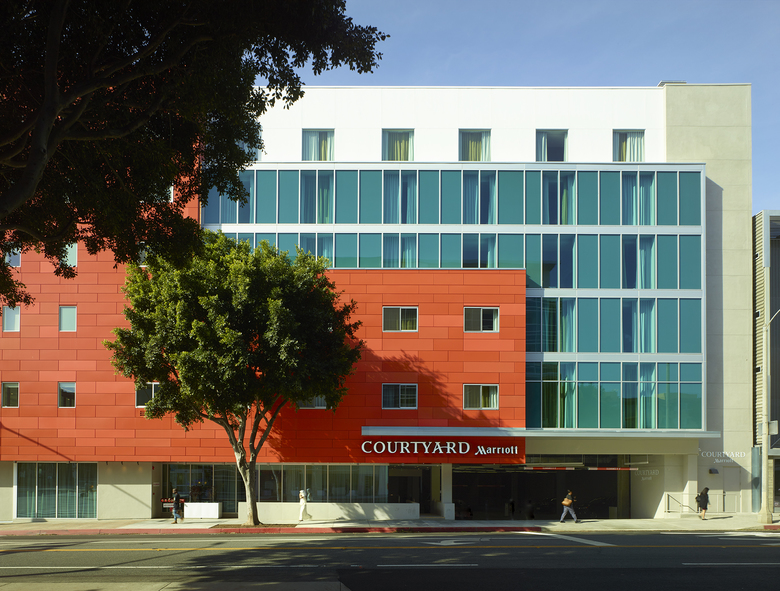 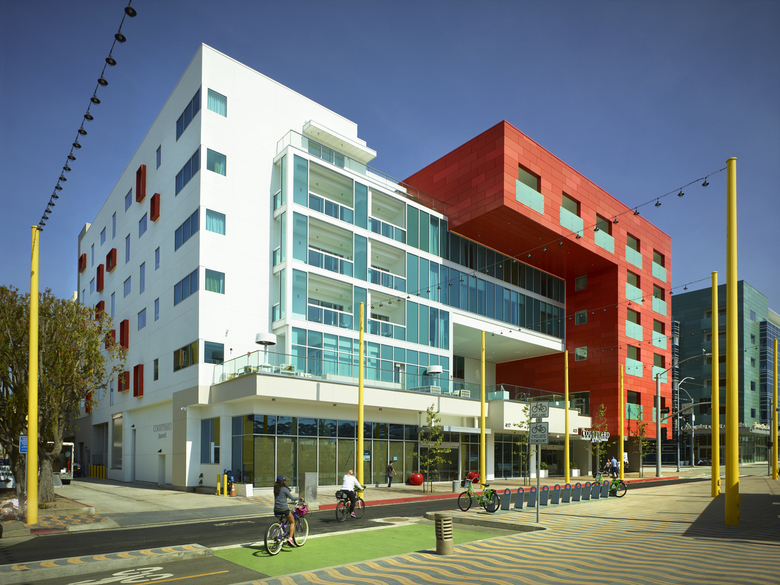 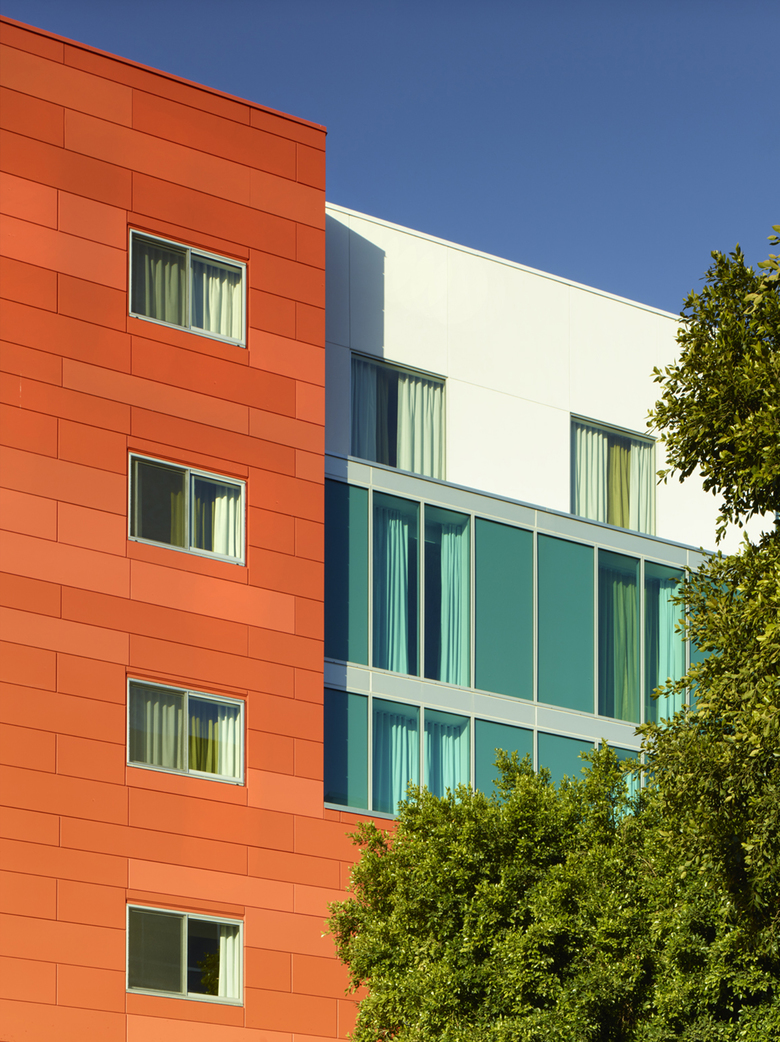 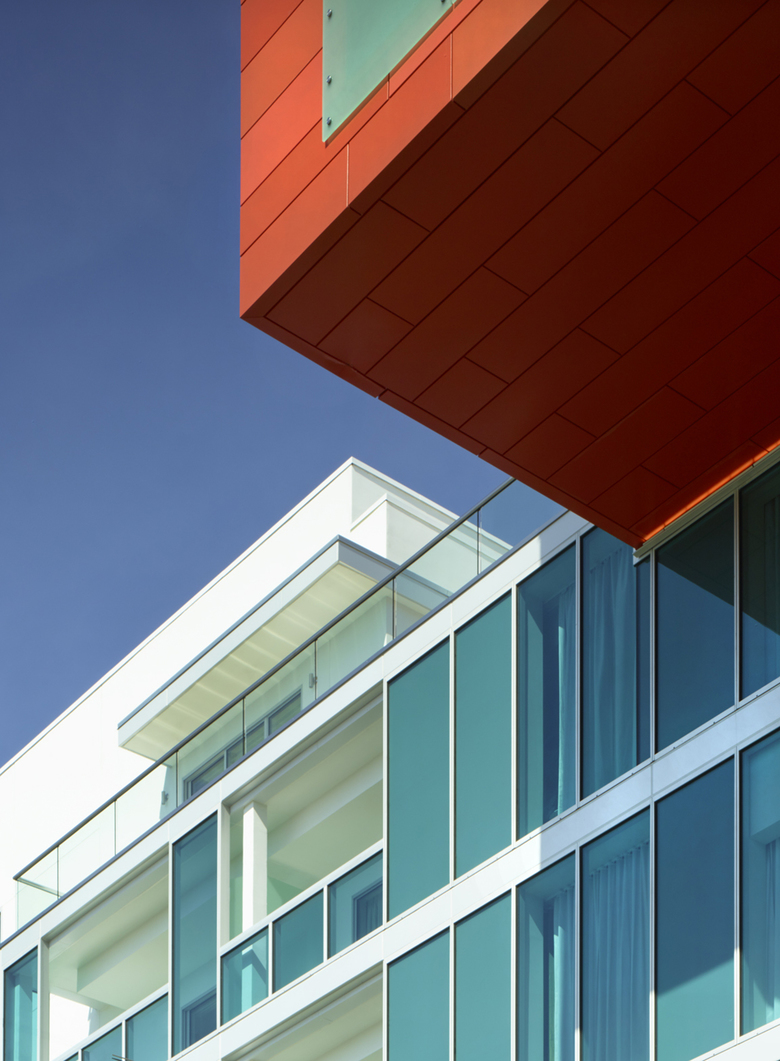 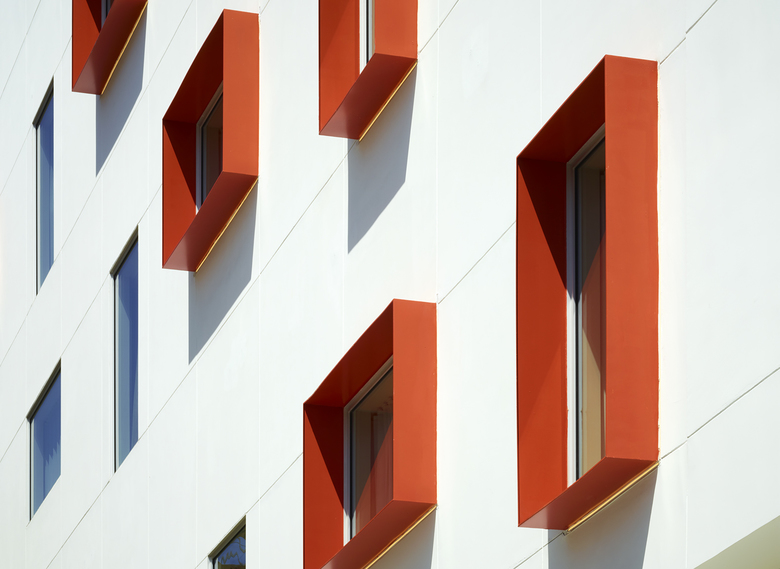 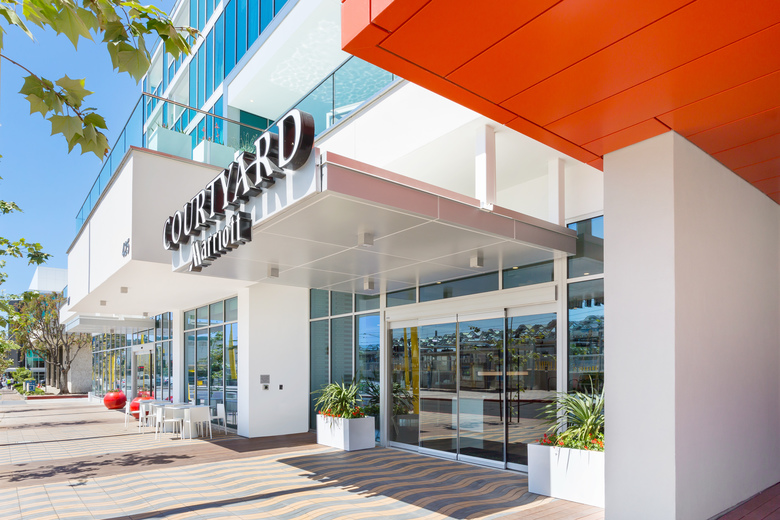 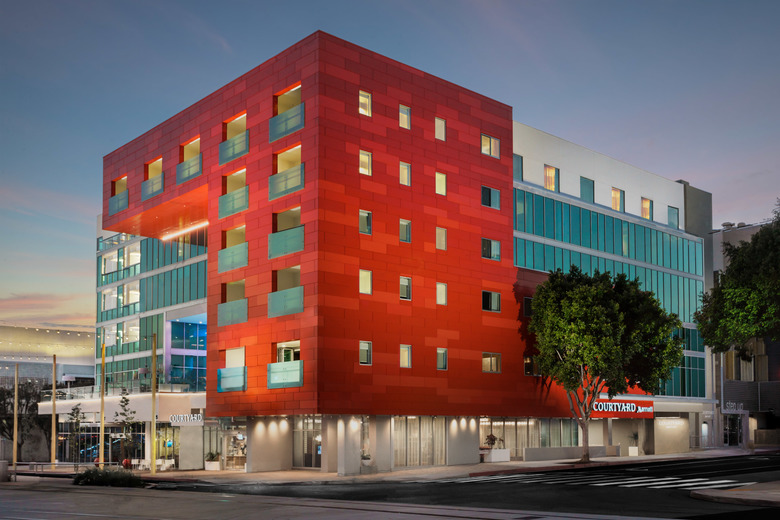 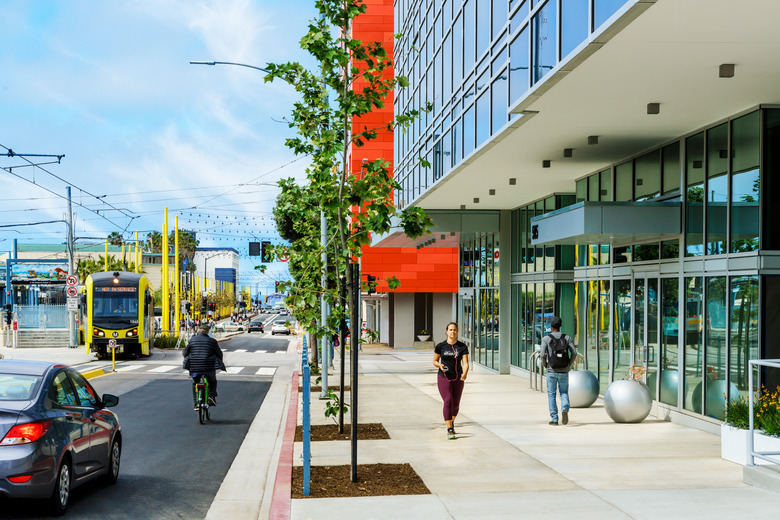 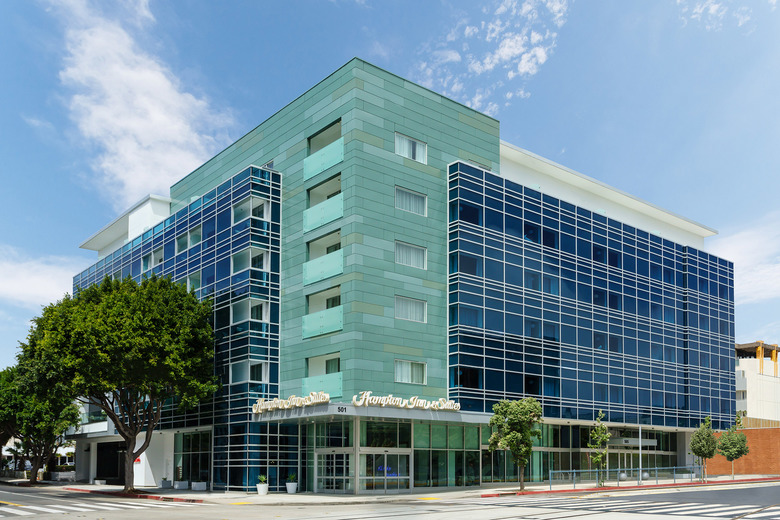 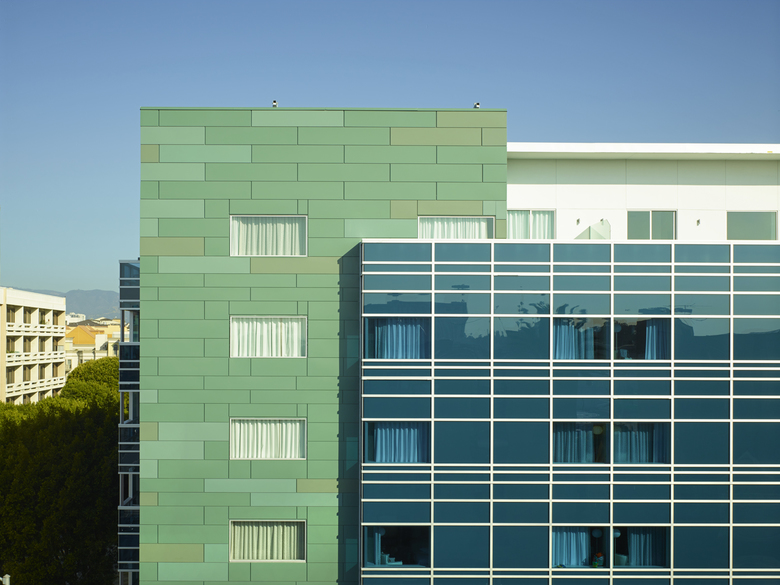 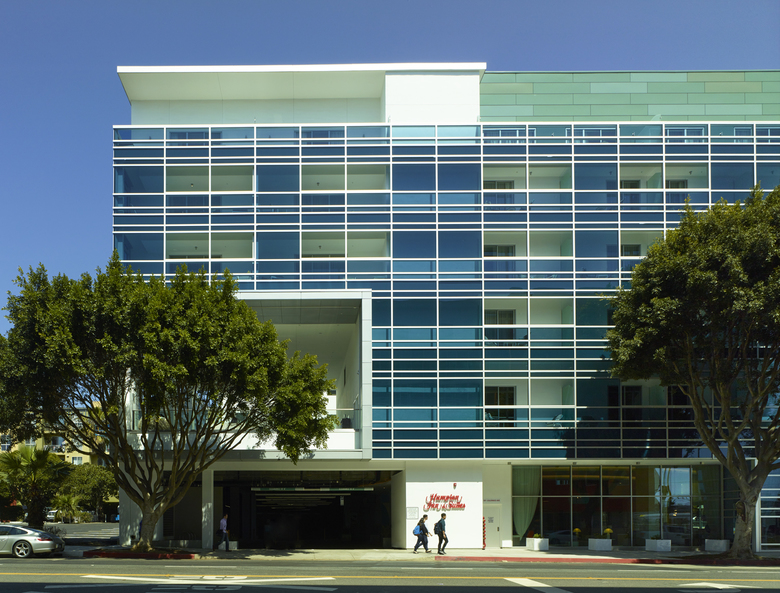 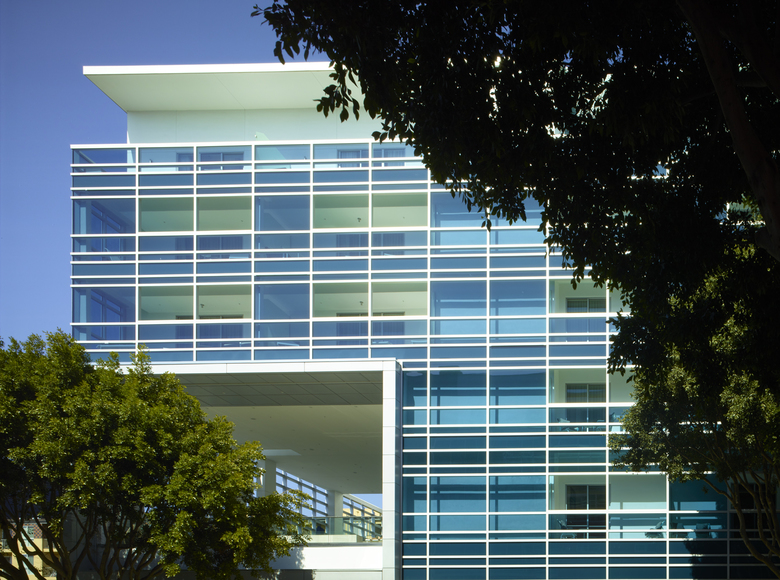 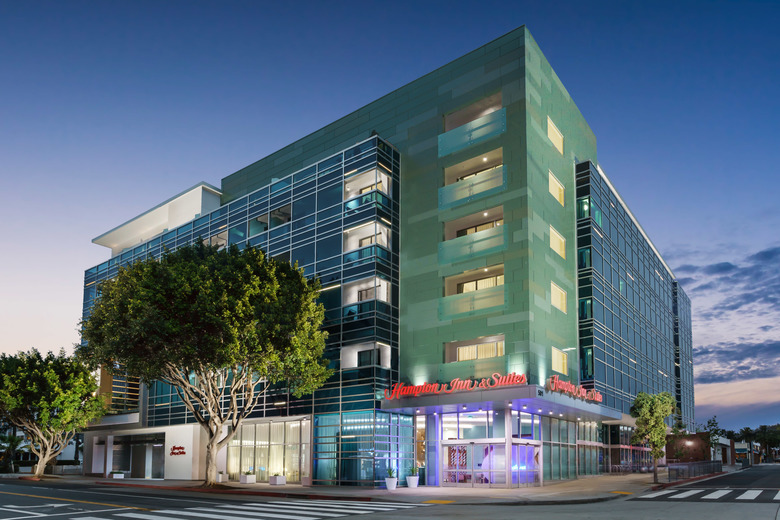 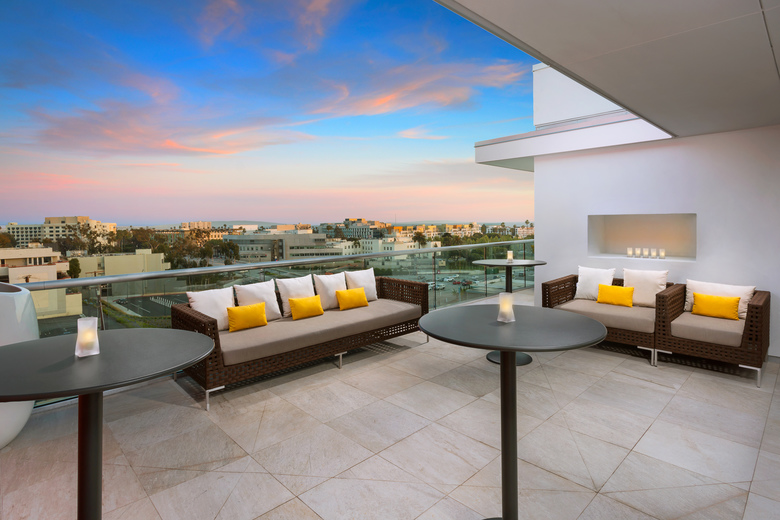 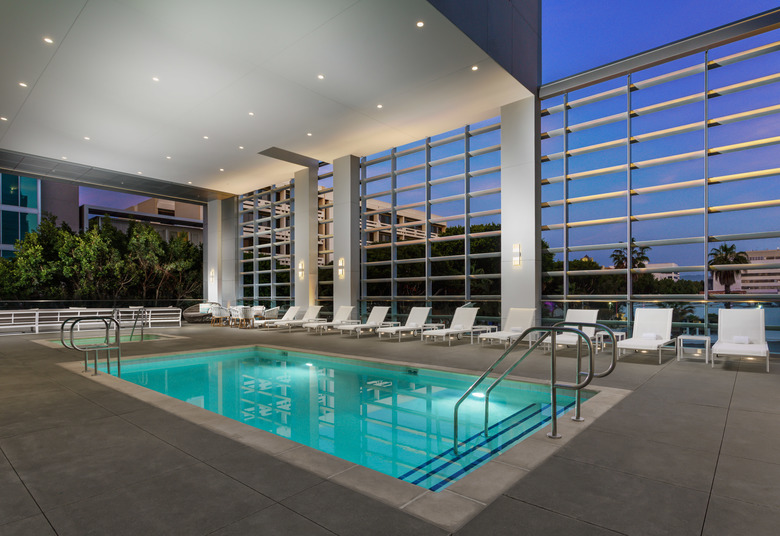 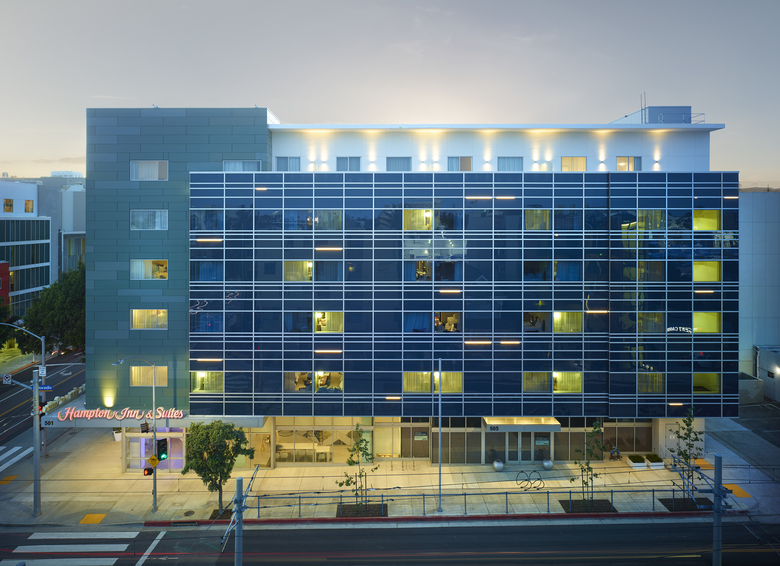 There is a fine line to walk in Santa Monica when it comes to new construction, as the needs associated with accommodating a world-class City and increasingly popular tourist destination are tempered by a strong desire to maintain a vibrant, consistent, and sophisticated look throughout the City. This challenge was particularly present in the process of designing two new hotels at 5th Street and Colorado Avenue, a site that serves as a vital entry point into the City, directly across from an Expo Line station and along an exit from the 10 Freeway. Such a prominent and unique location – both a gateway to the City and just blocks away from popular attractions like the famed Santa Monica Pier and 3rd Street Promenade - meant that not just any designs would do.

This new transit-oriented development needed to work not just aesthetically, but functionally, anchoring the popular new esplanade that runs along Colorado Avenue while also taking into account the Metro Line terminus directly across the street. Our firm, able to draw upon its deep well of experience in Santa Monica, was hired to provide a design tailored to the City that would incorporate a sensitive urban design and pedestrian approach to inform the building’s orientation and character.

Instead of creating two isolated buildings, we offered a comprehensive design strategy for the City, connecting the hotels through various elements of urban design. A presentation of these conceptual plans to the Santa Monica City Council in April of 2012 resulted in a unanimous and enthusiastic approval, which propelled the project forward and into the schematic design phase.

While both structures share some design traits - such as their interior courts that provide for daylight, cross-ventilation, and general interest shops for hotel patrons - it was important that each have its own identity. The orange metal panels on the Courtyard by Marriott give the hotel its dramatic presence, while slight color variation within the panels adds texture, rhythm, and dynamism. A cantilevered pool deck sits just over the main entrance on the second floor, giving guests a unique view of the adjacent Metro station. The large cut out created by the second floor deck creates a dynamic change of view for passing train riders and pedestrians. In addition, the second floor deck has been activated by providing an outdoor lounging area and pool, as well as having public oriented facilities such as meeting and exercise rooms that face the street. At the street level, the primary pedestrian entrance to the hotel is located in the middle of the block and the hotel has been designed to open up to pedestrians as they come off the popular Expo Line. The corner has been given a strong presence by bringing the building down to the edge of the sidewalk, and the storefront has been set back to allow for a widened sidewalk that could accommodate outdoor seating as well as providing for a gracious pedestrian environment.

The Hampton Inn & Suites, with its sea foam green tower, makes a striking contrast to its neighbor across the street. This juxtaposition was purposeful, with the green Hampton meant to symbolize the ocean and the Marriott representing the land. The glass curtain wall of the Hampton along Colorado Avenue gives the structure a strong presence, while the entrance has been set back from the street and designed to be as open and transparent as possible. One of the effects is the activation of the street corner, thus extending the esplanade that passes in front of the neighboring Marriott and terminates on the other end at the famed Santa Monica Pier. The Hampton’s pool has been strategically placed at the rear of the building, both to take advantage of sunlight and to add visual appeal to the building’s northern facade.

In a true exercise of urban design, our firm has actively maintained the theme of the urban fabric and designed two buildings that not only respond to one another, but integrate the neighboring community, the Metro Line, and the existing architectural aesthetic already present in Santa Monica. Though both hotels preserve the identities of the familiar brand names they bear, the striking and unique designs give them a more upscale, boutique look. Together the hotels act as a new gateway to the City, greeting residents and visitors alike as fresh icons of the Santa Monica skyline.

Step Up On Fifth