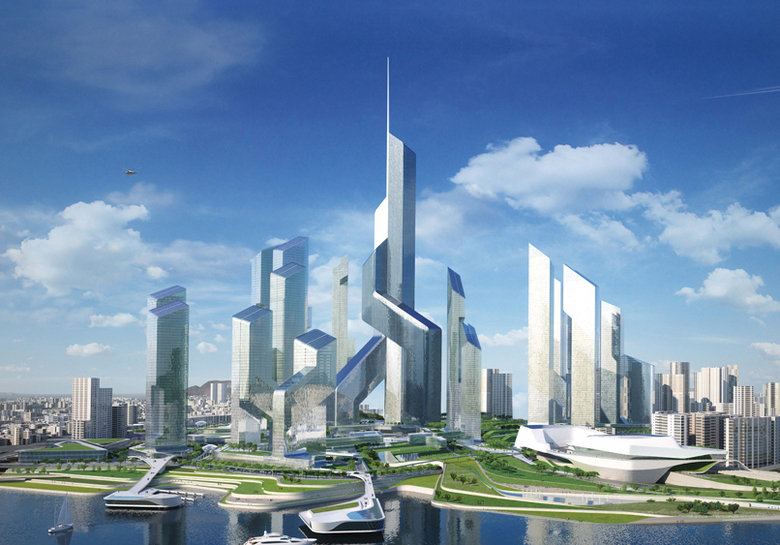 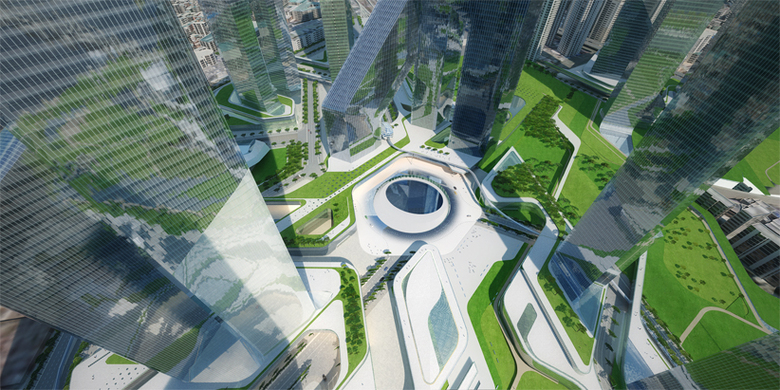 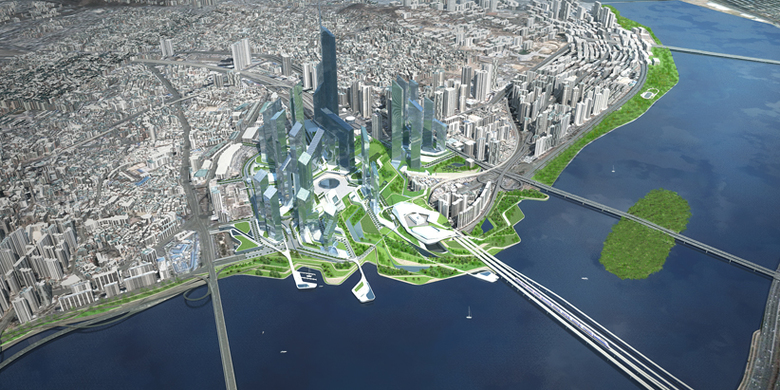 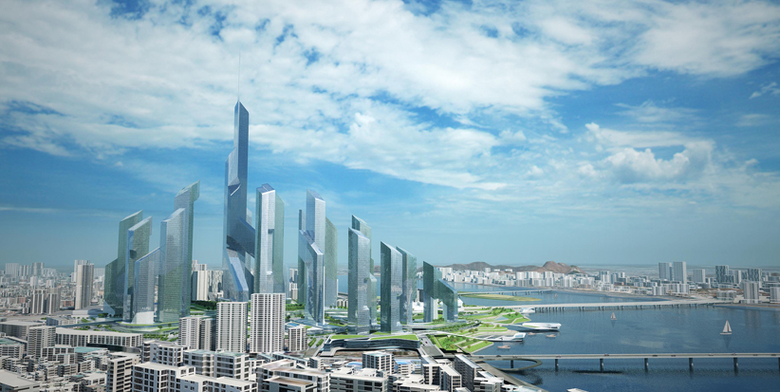 The FCD Yongsan Landmark Tower was conceived and designed by Asymptote and engineered by Thorton Tomassetti to be among the most important and elegant tall buildings of the century. The design of this project utilizes a powerful idea of coupling and stringing together three towers, though each is structurally stable and produces a powerful, iconic image in its own right. The Landmark Tower has been designed to confront the notion of a single spire or object and, instead, utilizes the number three in a powerful way to create a singularity and presence unlike any other. The inherent symbolism and reading of this tower will appeal to the global community and place a focus on South Korea, specifically Seoul’s aspirations for the future. The design of the Tower predicts a new century of accomplishments, of grandeur coupled with modesty and of success coupled with effort and growth. It is a symbol of harmony, reconciliation, possibilities and beauty.

Other Projects by Asymptote Architecture