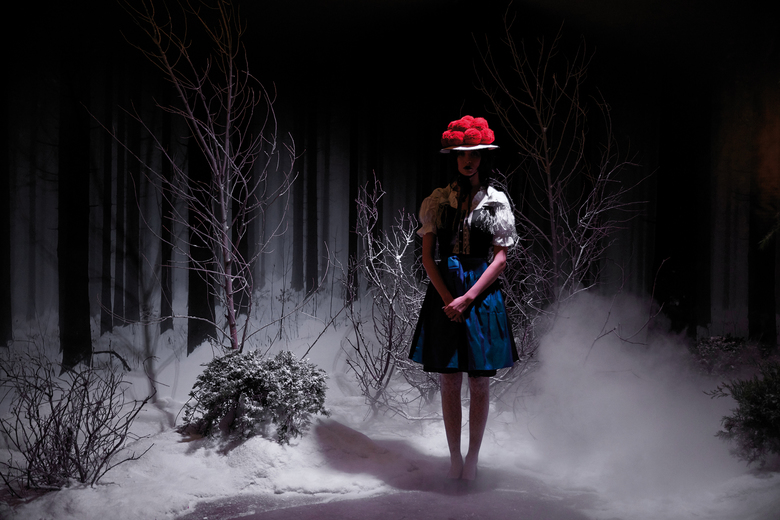 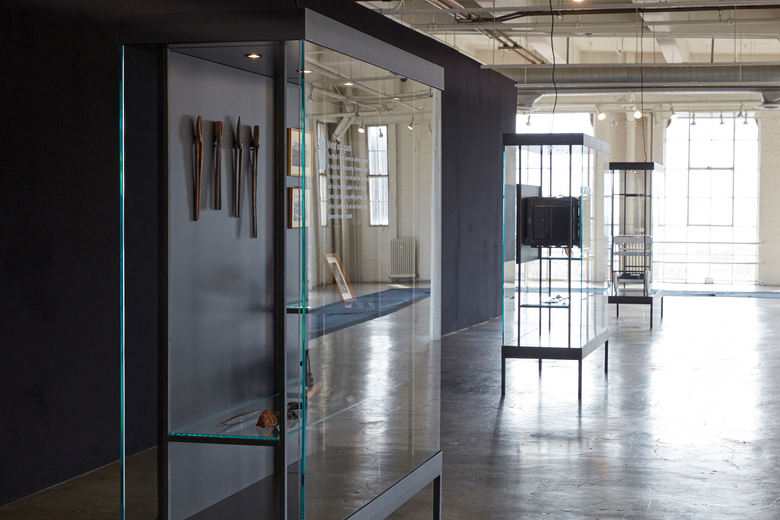 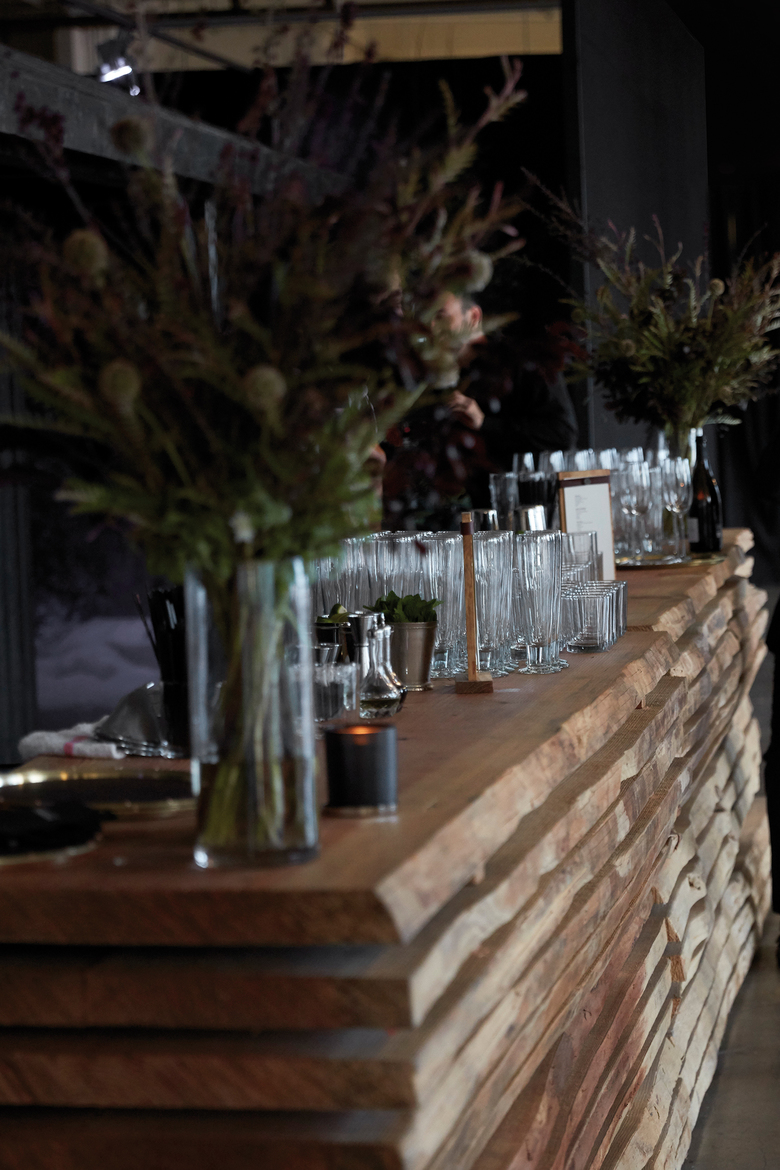 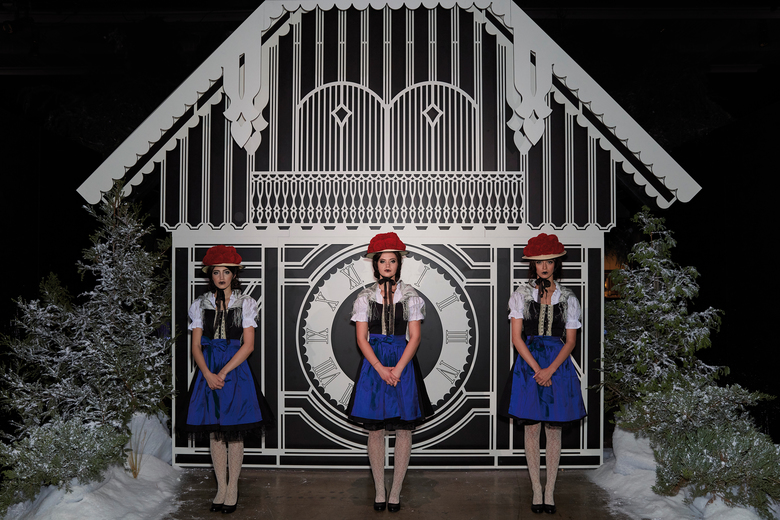 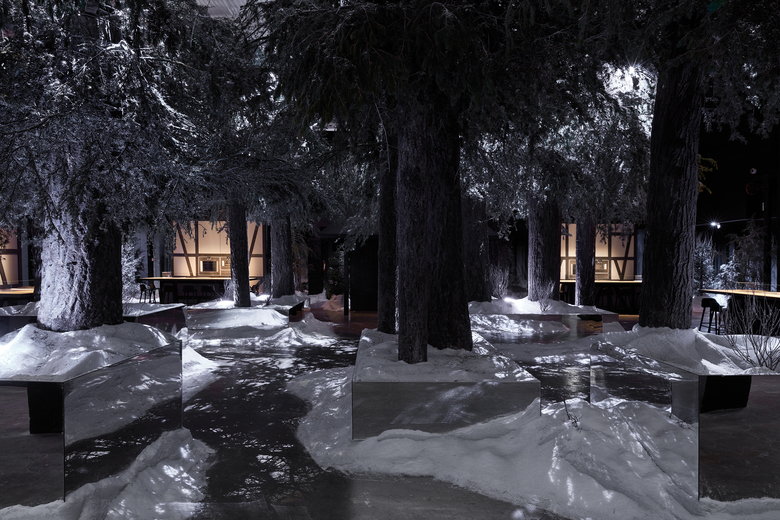 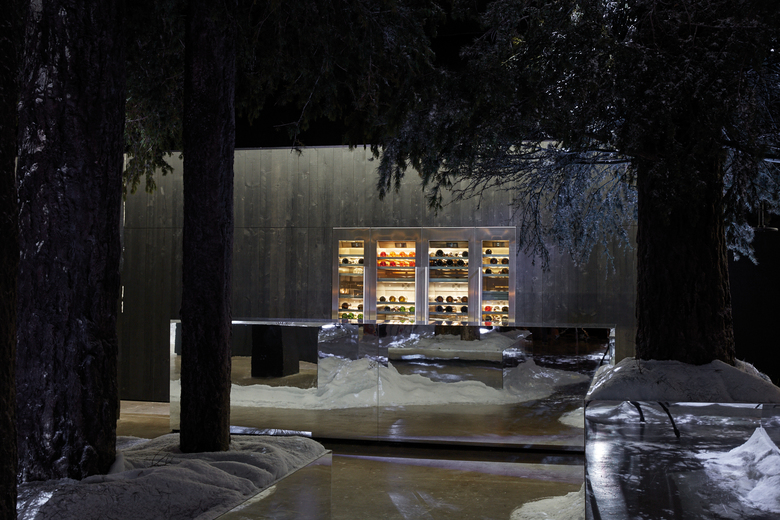 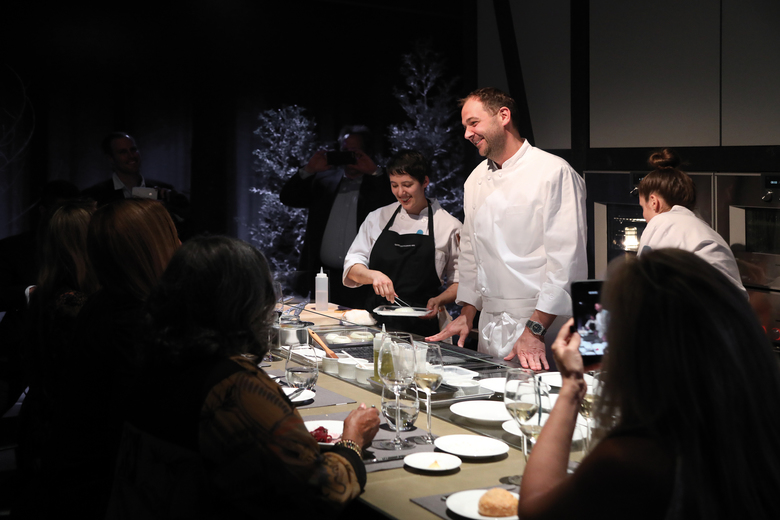 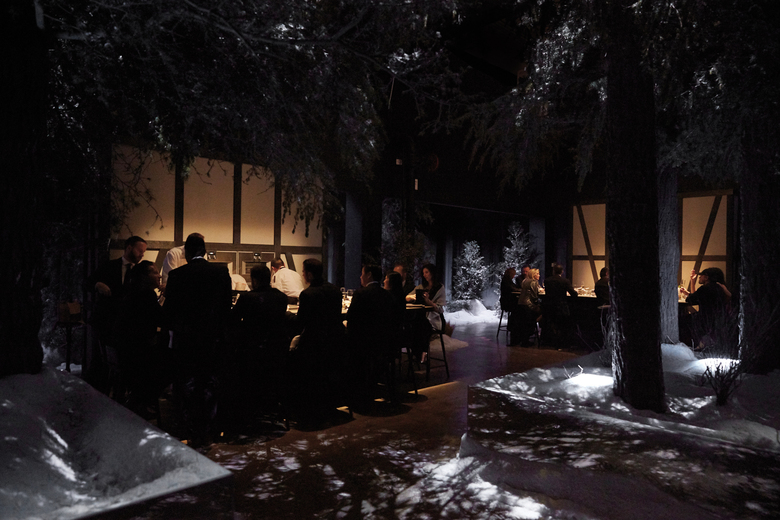 Restaurant 1683, installed on the 11th floor of a ware house in Downtown LA, is the second one of a series of Gaggenau events, celebrating the culinary culture of the brand.
The Pop-Up restaurant, designed by einszu33, was run by three-Michelin-starred chef Daniel Humm.
The guests arrived on 11th floor in a freight elevator, where they were met by a larger than life cuckoo clock flanked by three ladies in traditional costume.
Around the edge of the central installation was an exhibition tracing Gaggenau's history – including early products, material developments and photographs.
The main part inside was a wintry forest wonderland, complete with massive trees, all evocative of Germany’s Black Forest where Gaggenau has its roots.
The overall atmosphere we created was a snowy forest flooded with moonlight, which creates patterns of the branches on the floor of the dining space.
It was the idea of creating an immersive epicurean experience within a forest-setting, which would bring the mystic atmosphere of the Black Forest to life.
The guests took their places at six kitchen stations, inspired in the traditional timber-frame houses, around the sides of the space, where they could watch the chefs prepare the food.

Other Projects by 1zu33