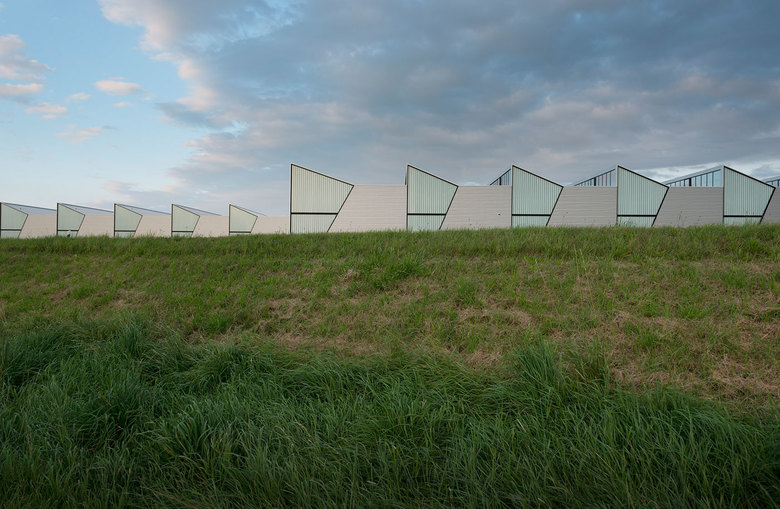 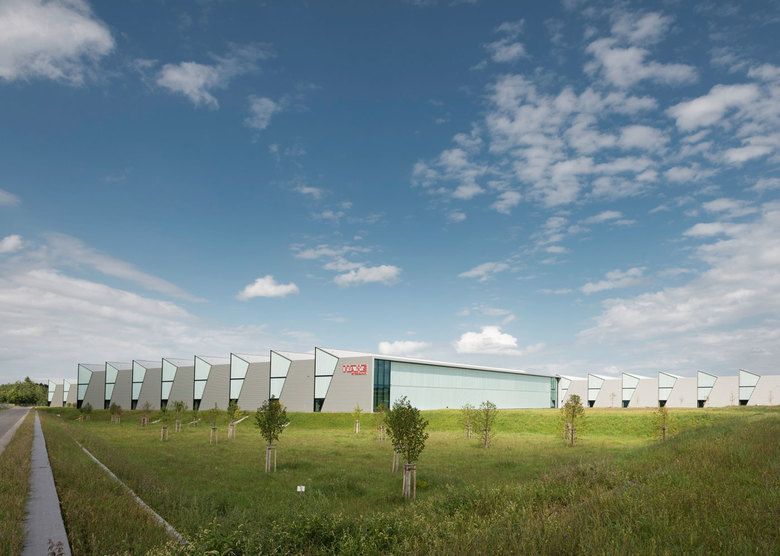 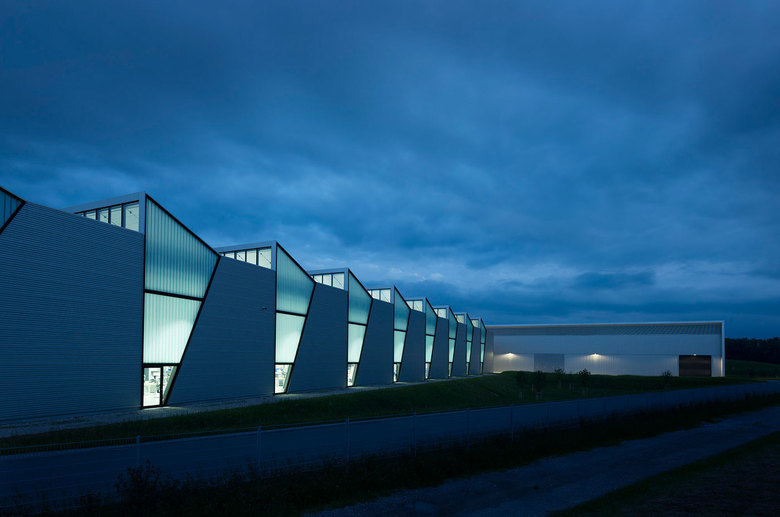 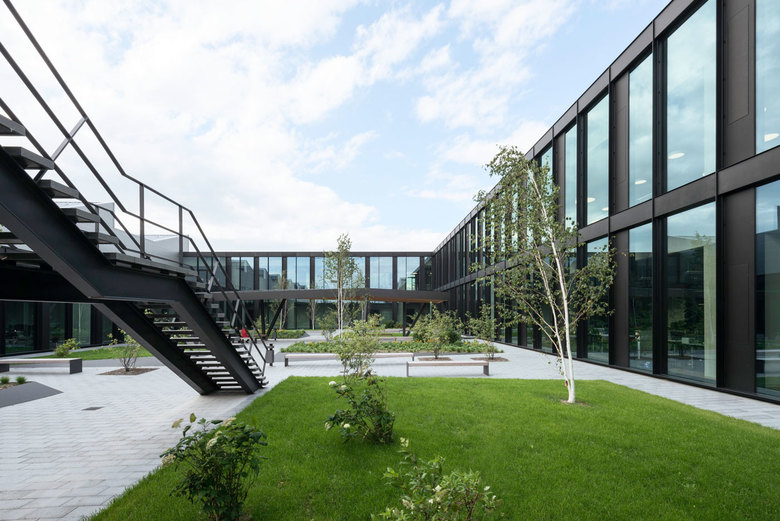 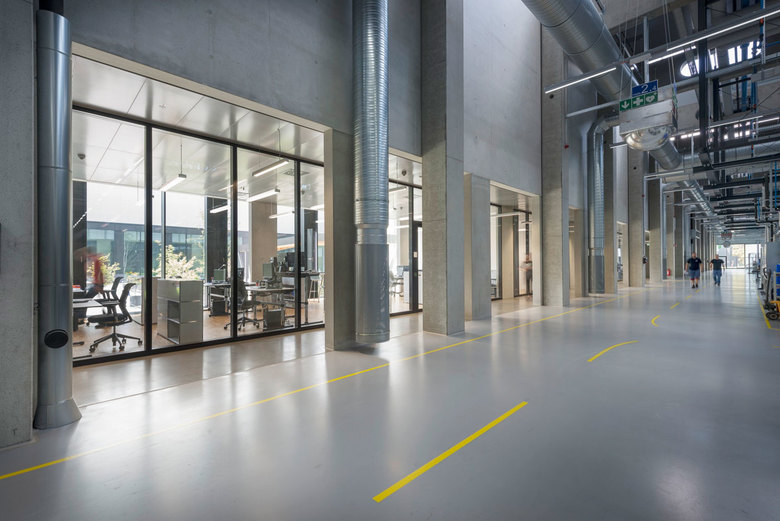 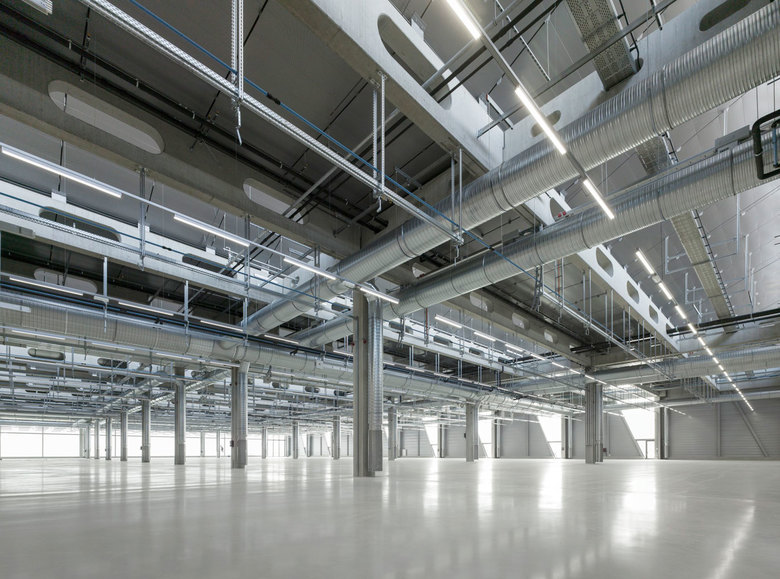 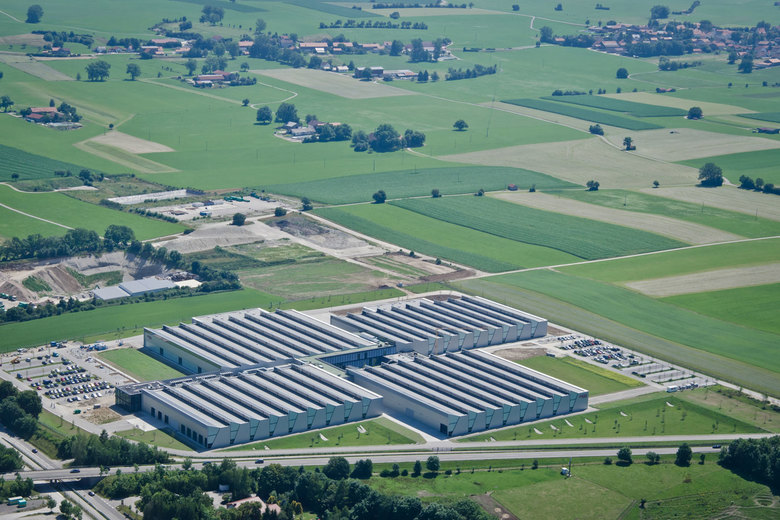 HAWE, a manufacturer in Bavaria of mobile hydraulic systems and components, initiated a design competition in 2008, won by Barkow Leibinger, for a new production center in the context of an agricultural landscape at the edge of the Bavarian Allgäu and Alps. After a postponement due to the international economic crisis of the intervening period, the 50 000 square meters project was simplified, developed and completed on-time / under-budget in 2014.

Conceived as a „green factory“ the plan is organized around a pin-wheel of four building volumes of production halls which rotate around a central courtyard surrounded by offices, conference rooms, and cafeteria with views to the south and Alps. The pinwheel organization offers offset views for the workers into the landscape and help scale the large building down in the context of the landscape. The shed roofs mimic the nearby alpine topography of peaks and valleys and animate the buildings silhouette a geometry that extends down the facades as articulated in sheet metal, glass, and translucent channel-glass, an approach avoiding the monotony of typical „big-box“ typologies that proliferate near much of our industrial areas and roadways.

In order to increase speed of construction and to reduce costs the wide span beams of the halls and the sandwich elements of sheet metal for the roofing were prefabricated. The integration of mechanical systems and the grid-like structural system allowed for flexible floor layouts. The roof sheds are oriented to the north, classically, offering even daylighting while the opaque surfaces of the sheds orient to the south, ideally, for photovoltaic panels.

The factory is exemplified here by a flexible and a serial construction system that enhances the workspace and improves the processes for the things that are made there.