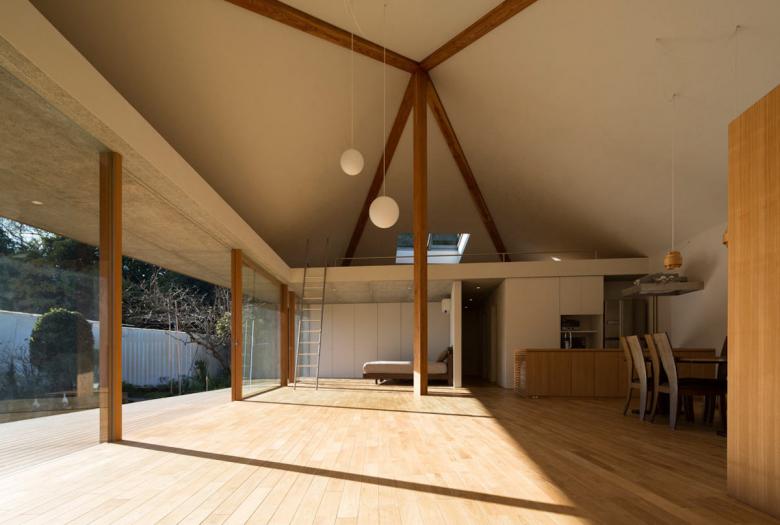 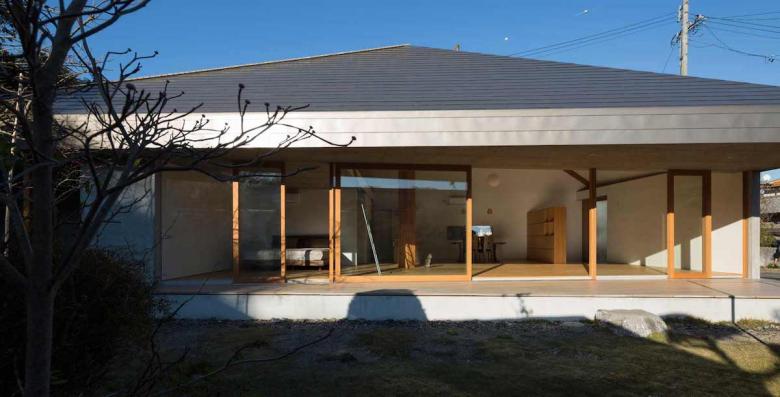 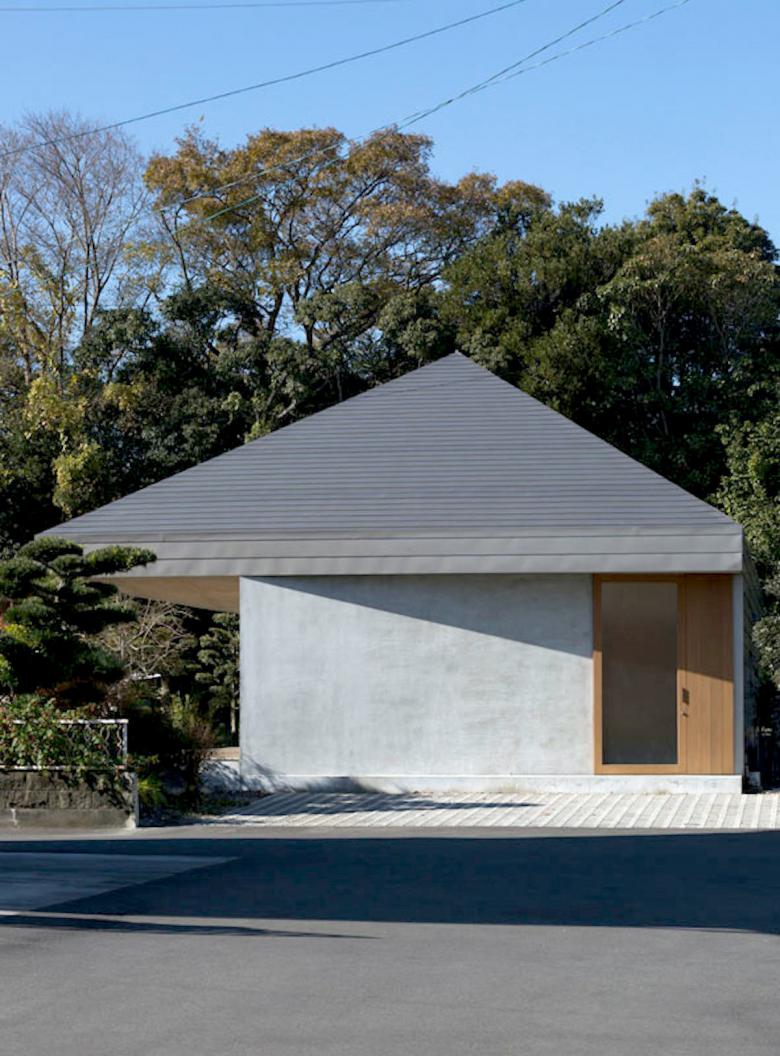 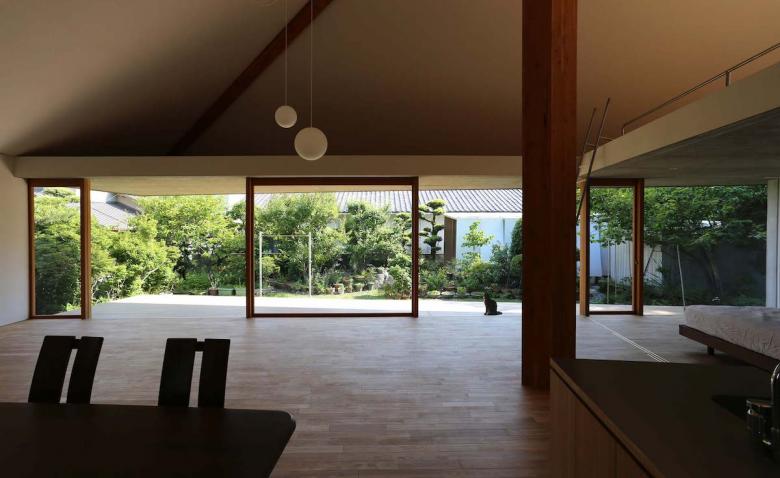 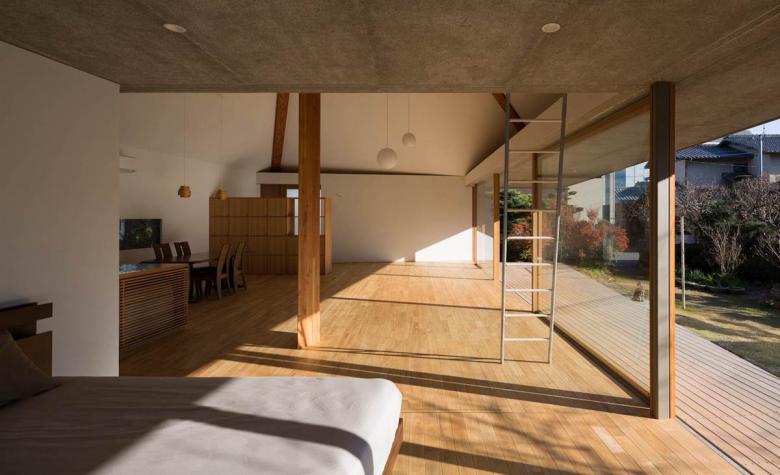 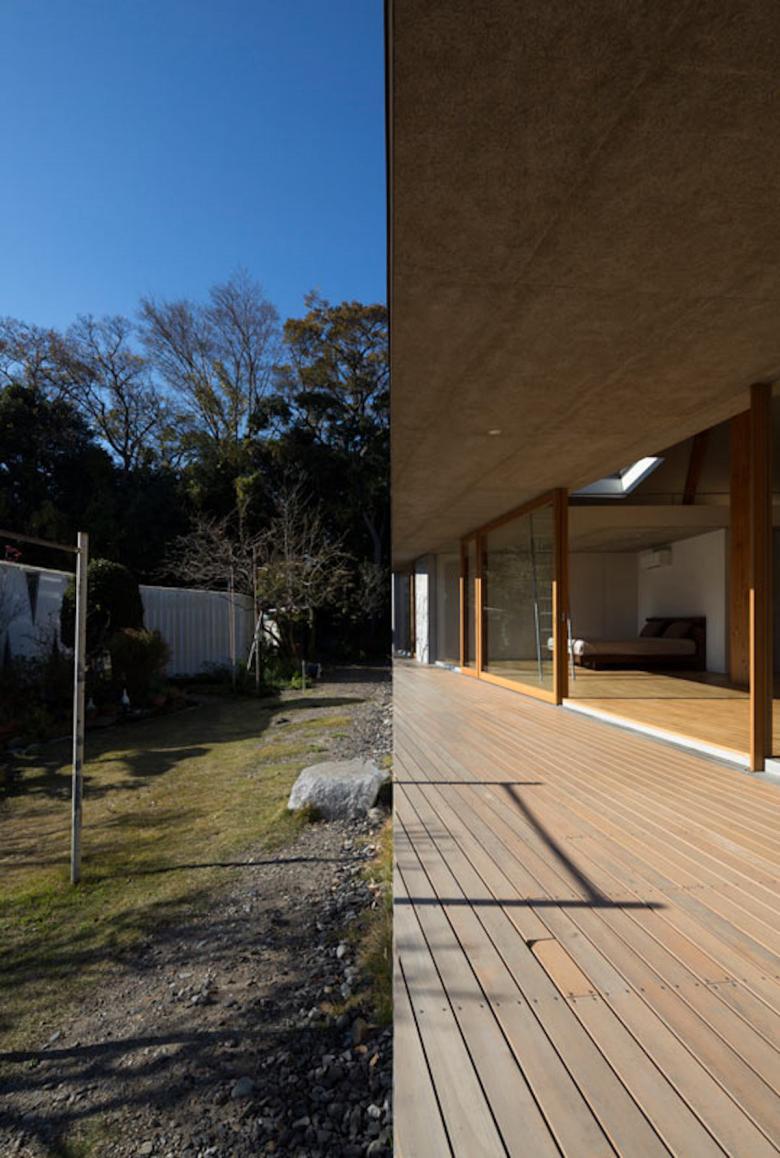 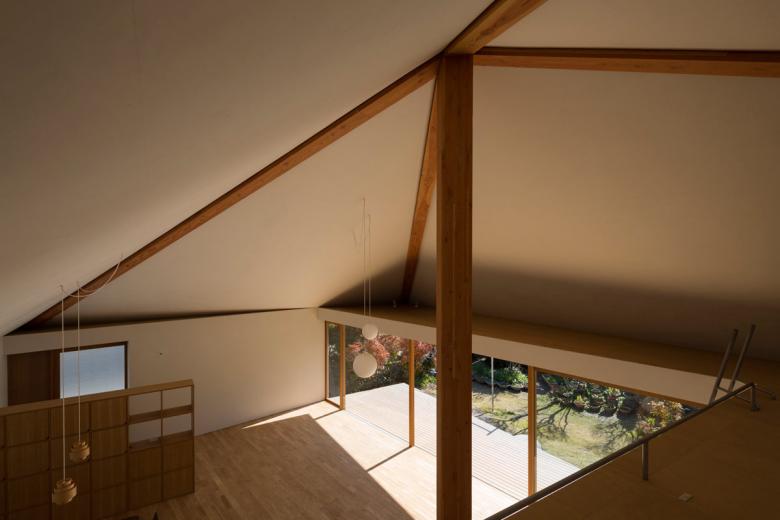 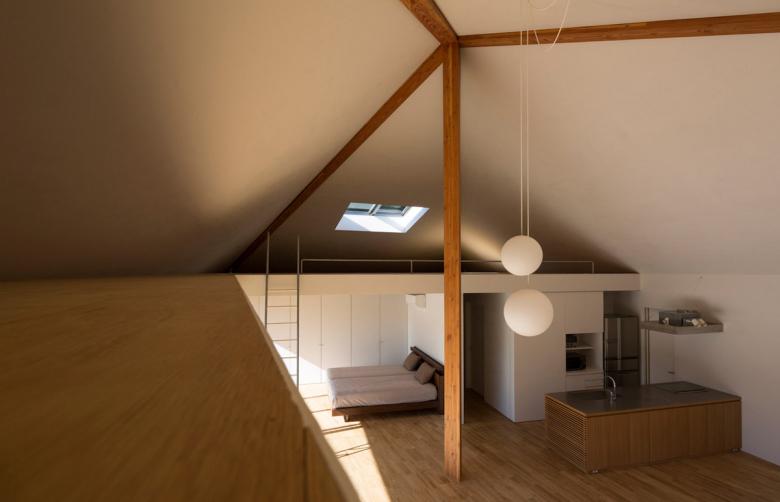 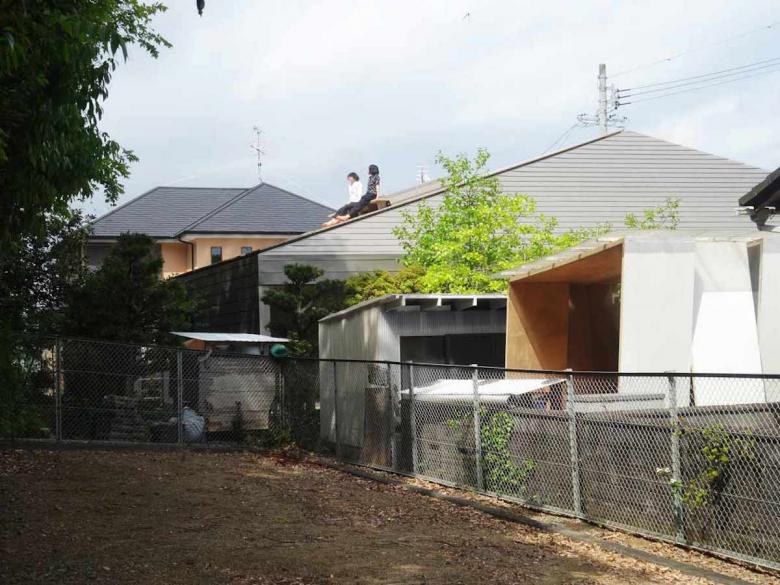 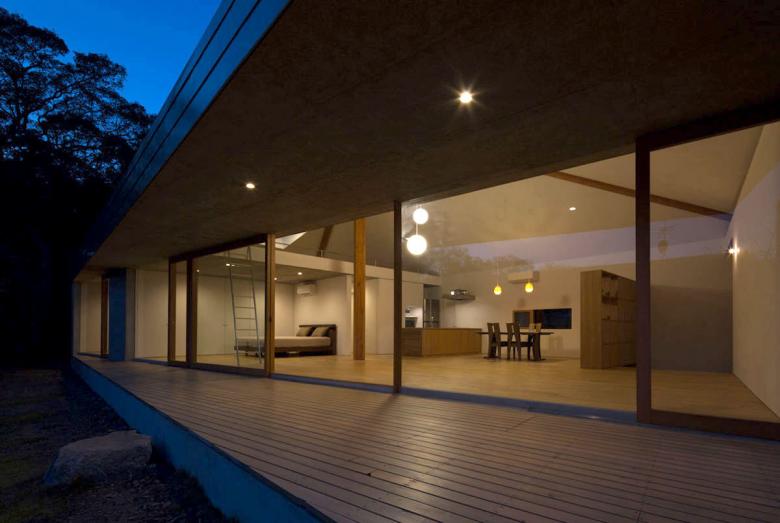 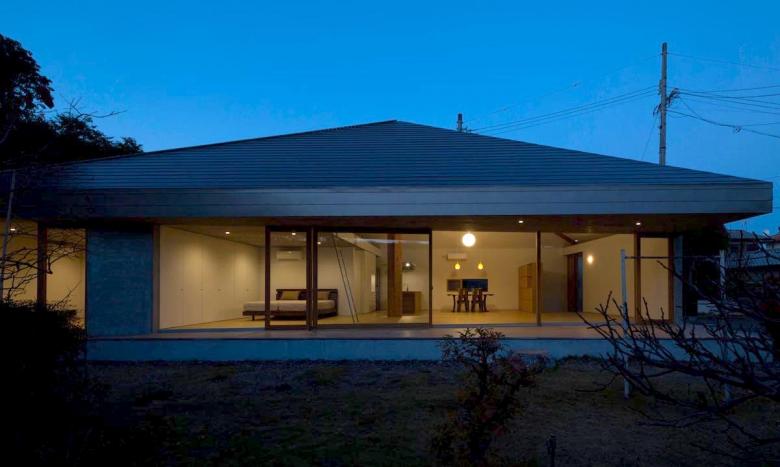 Generous form of ‘an umbrella’

The site locates deep inside a small residential area within Tokai region. There is a forest park consisting of deciduous broad-leaved trees that easily exceed 20m tall behind the site, and a sun garden tended with care for a long time on the south. The neighborhood that has last for over 40 years cultivates a relaxing human relation. People don’t need to lock their houses; abandoned old house and its garden are used for hangout of housewives. Instead of standing opposite to each other, peaceful nature and the small society are combined together. There comes a fabric of organic relationship bringing out space for fertile life, or saying local culture.

When a rebuilding project was scheduled here, a typical form of a house -- with clear distinction between inside and outside by walls, was not seemed suitable for this place. However, in terms of psychology, ‘house’ without unity and centrality did not work for the client’s family of 3 generations either.

So the solution was the form of ‘an umbrella’.
The form of ‘the hanging roof’ with one center column supporting a spindle shaped roof enabled peripheral wall to stand free from structure because they no longer needed to bear compressive force(a little tensile force endured to prevent falling down.) This was convenient to set up ‘boundaries’ corresponding to diverse relationships among the surroundings. The shape of space whose center located the highest, and the existence of the central column would provide unity and warmth in daily life in this house.

In concrete, the timber square-shape hanging roof with a central column was stretched east and west along the shape of the site. In addition, the central column was offset east of geometrical center to create a ‘gentle-slope deck on the roof like a hill’ facing the western forest. The hanging roof was located on the axis of the neighborhood, and peripheral walls under the roof were rotated by ‘9 degrees’ from the roof in accordance with the forest and the sunlight. This degree allowed a wide entrance porch under eave as well as a sunny ‘engawa(veranda)’ that directly connected the eastern residential area to the western forest park, by which continuity of the neighborhood became stronger. Besides, hanging roof structure ensured 18m-wide continuous windows and 3m-wide cantilever along the south border beside the spacious veranda.

We put an umbrella on the gentle climate of Tokai region. The opened umbrella will fluctuate gently due to the environmental condition. People would gather under it naturally, and correspondingly live a relaxing life. The architect, who is the eldest son of the client and lives in Tokyo, is imagining such promising future.