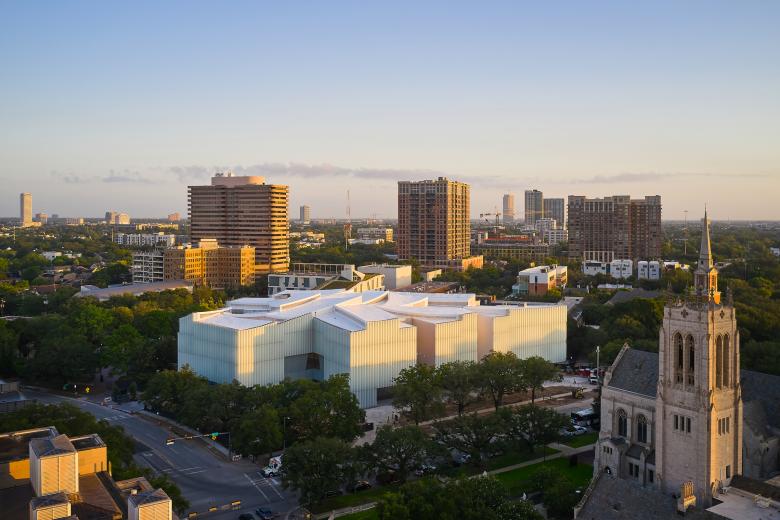 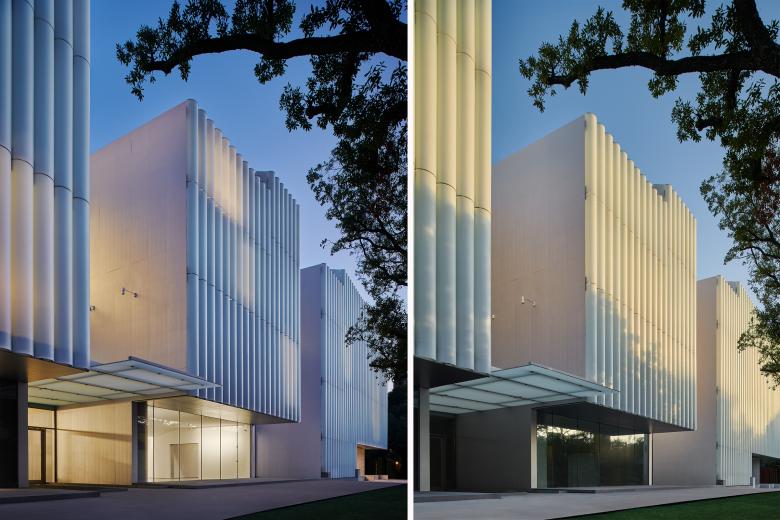 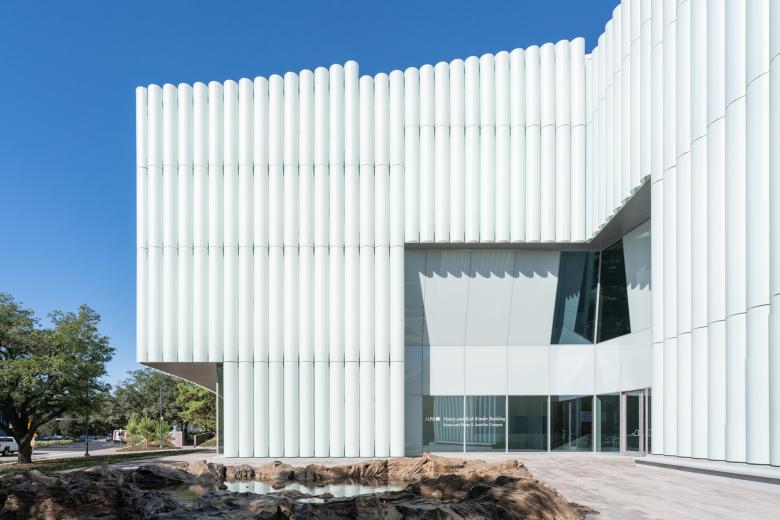 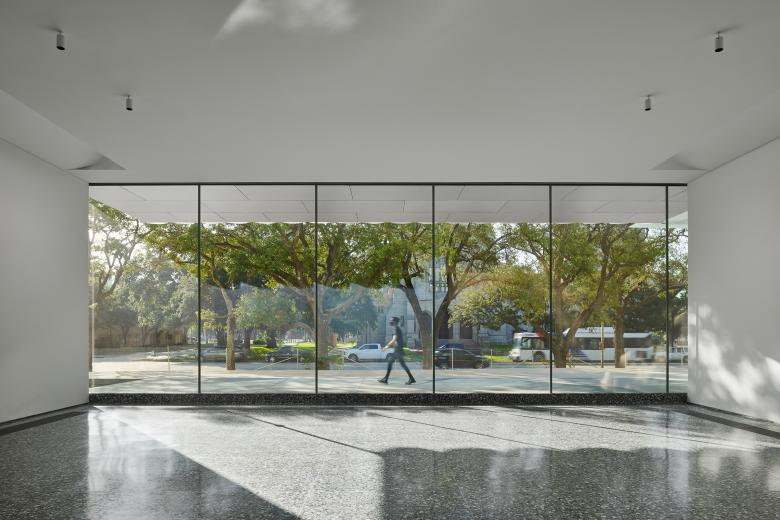 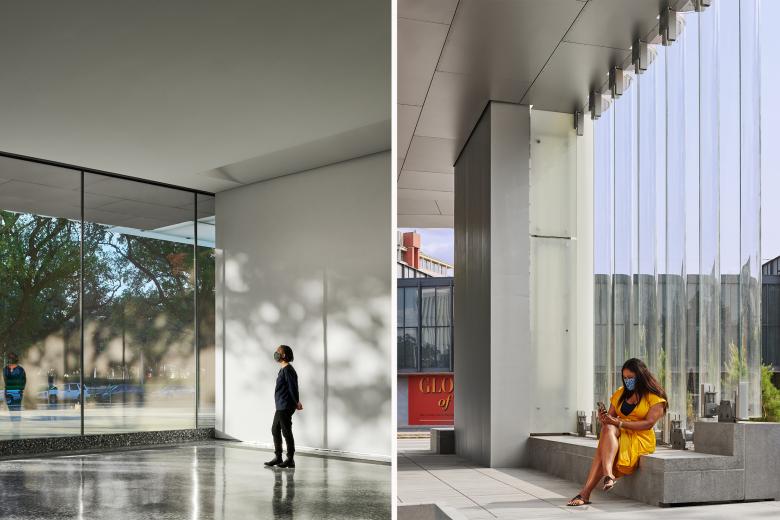 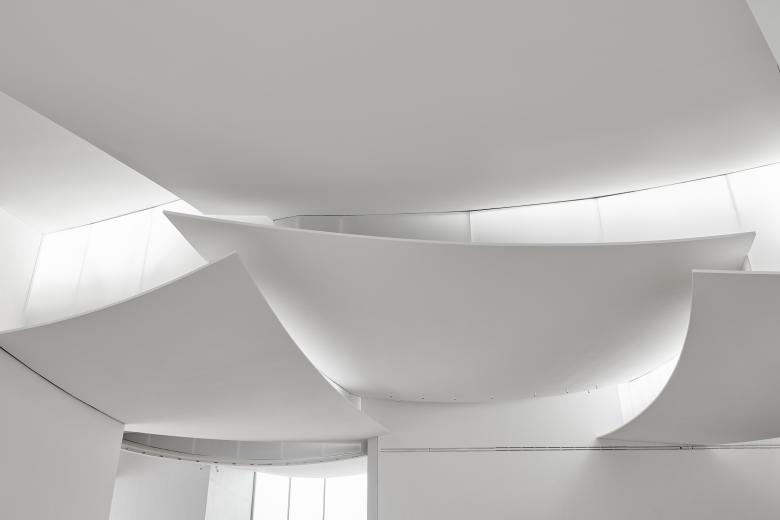 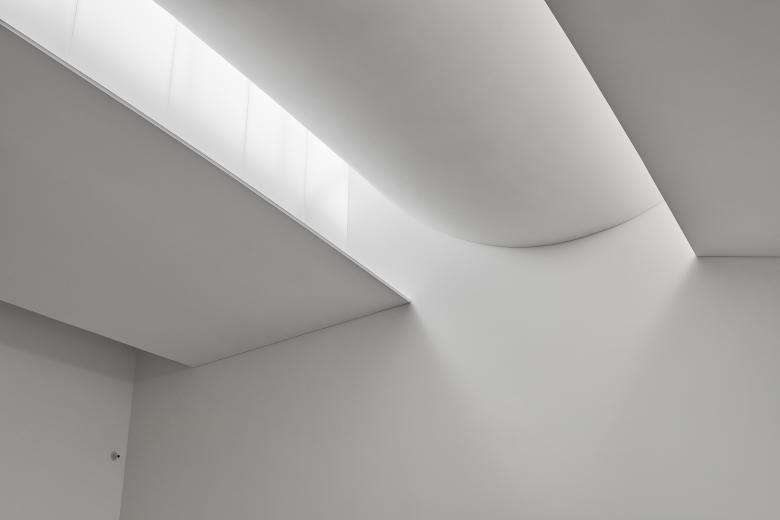 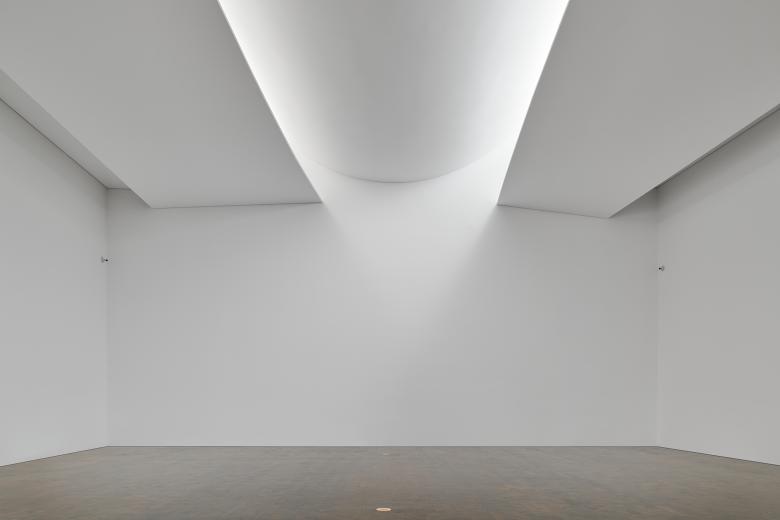 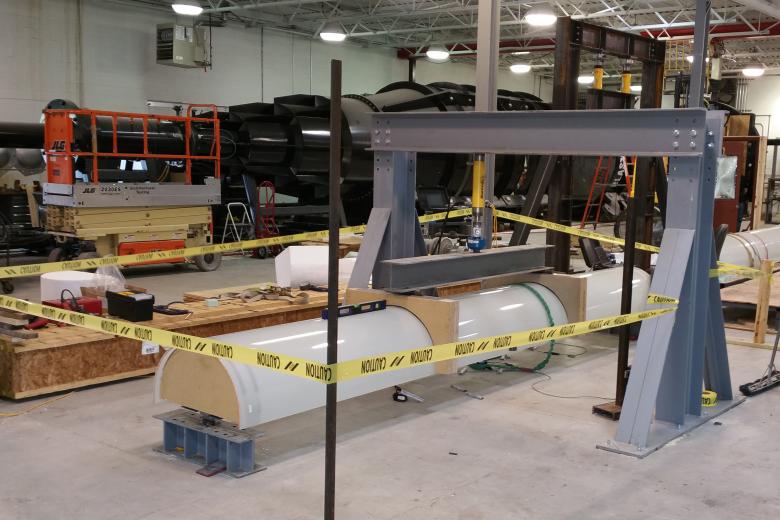 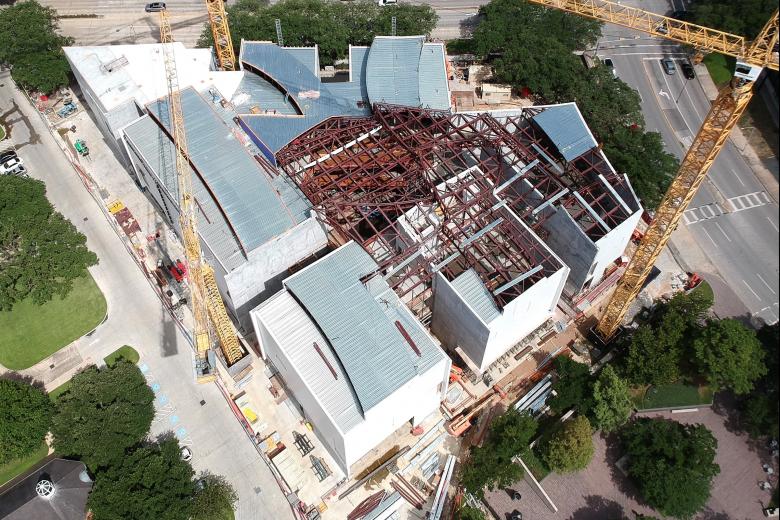 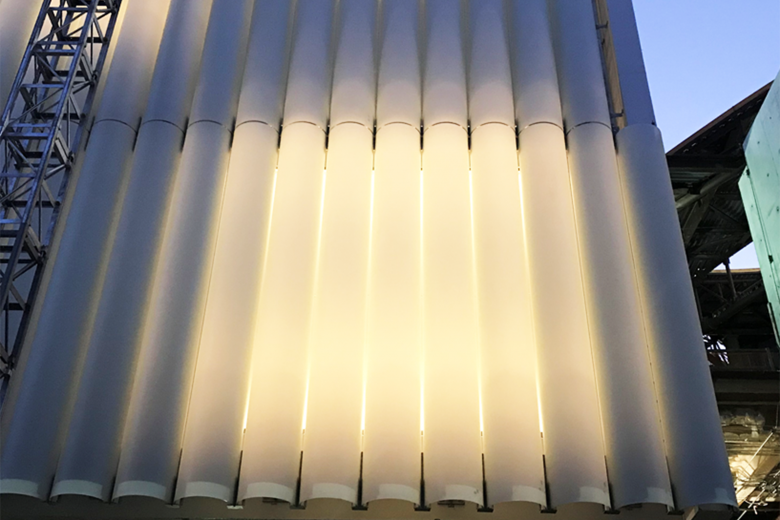 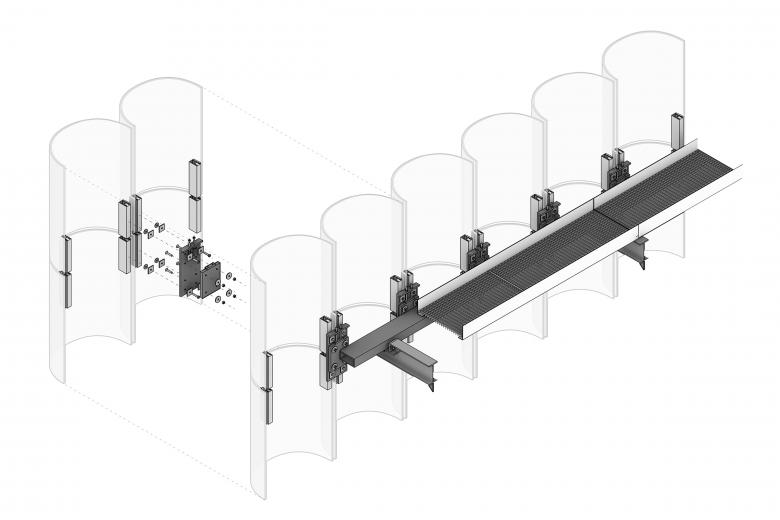 The Museum of Fine Arts in Houston is being extended by two building complexes designed by Steven Holl.
The second construction phase, the so-called "Kinder Building", forms the heart of the museum where classical art of all kinds is to be exhibited. It is not very common for museums to be lit with natural daylight. In this case, however, this has been achieved thanks to meticulous selection of materials and forms as well as through countless daylight simulations and mock-ups. The appearance is initially determined by the so-called "cool jacket": a ventilated facade structure consisting of approx. 1150 translucent glass tubes. These glass tubes have an etched surface on the outside as well as four translucent PVB interlayers to precisely control the amount of daylight passing through them. Due to the tight bending radius, these glass elements could only be produced by gravitational bending. A series of tests was required to investigate the load-bearing capacity of the glass. In addition to the architectural and daylight-control functions, the facade also contributes significantly to the reduction of the energy transmission and the associated cooling loads.

Other Projects by knippershelbig GmbH