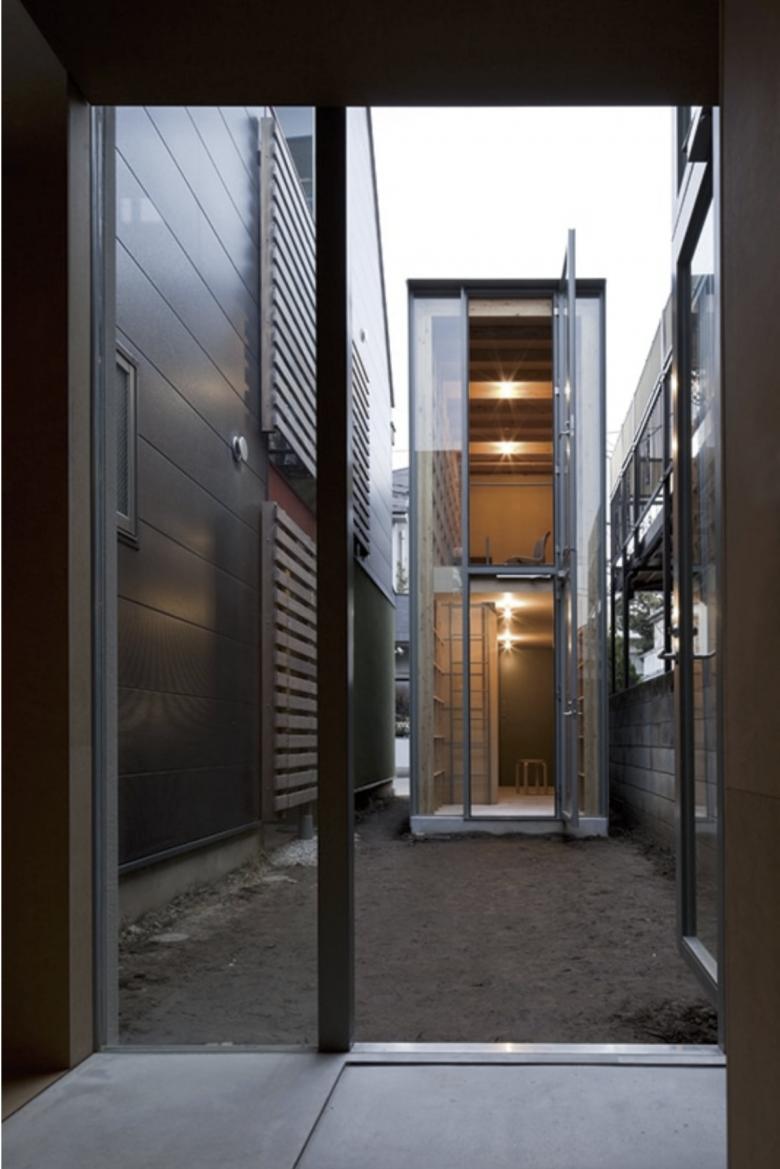 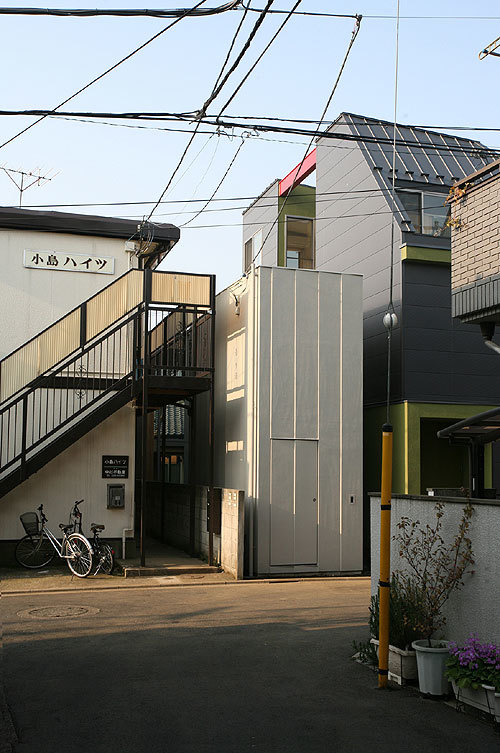 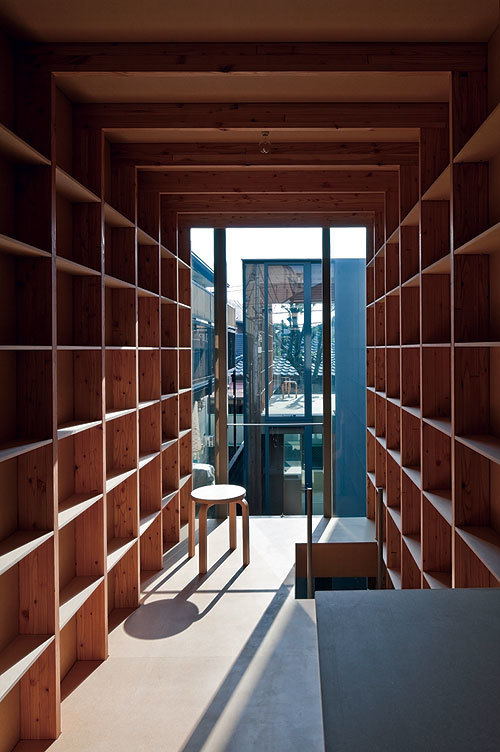 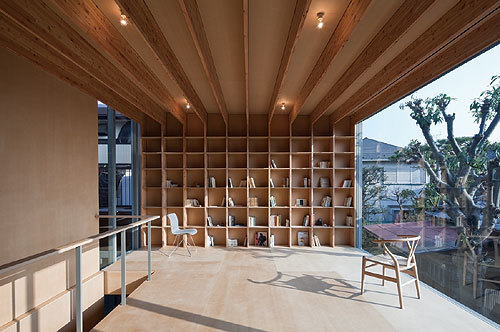 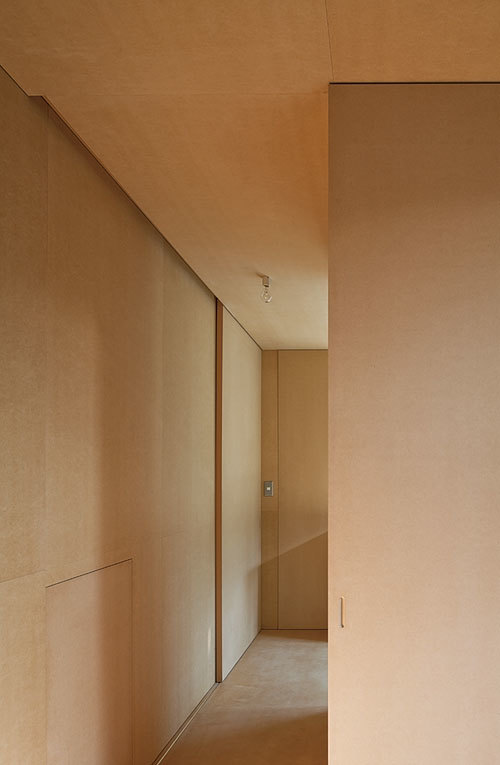 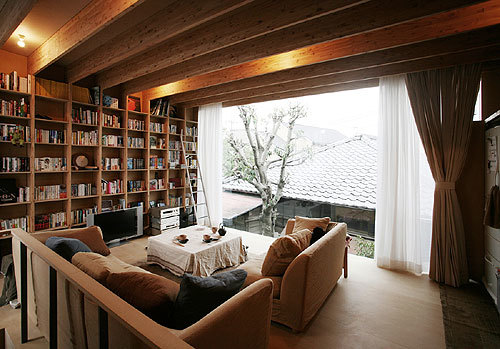 Nearness -the other side of smallness-

The site is located in a dense residential area in Tokyo where inhabitants are allotted only limited lands. A landowner sold the already limited land to two owners by dividing it. Quite small. Also, irregular in shape. Viewed from above, it looks just like vertically-long flag and pole. Perimeter is long for its size, and the walls and the trees of the houses next-door stands very near. But they don't give oppressive feeling. Rather, the closeness -the houses look just like they're cuddling each other- creates some intimacy.

The site is small, all right. But when you change your point of view, its "nearness" can be constructive advantages. We wanted to bring the best out of it.

The professions of the owner couple and issue of building coverage divided the architecture into two small buildings and a court (*1). The buildings sit near each other. So the court seems more like a part of building that connects two room spaces.

Each building has bonded wood (larch) post-and-beam placed at 450mm intervals. The narrowness of the interval defines whole scale of architecture. Near House is more a furniture or a product than architecture (*2). It interacts with people so closely. And that's why we have the surfaces of bonded wood, softwood MDF and mortar finely textured like that of peach. Such delicate finish can only be possible thanks to the size, which would normally be considered as disadvantage. The house doesn't have so much space. But the high-resolution world beyond the compass of architecture creates a sense of depth in different spheres.

By finding "nearness" in "smallness" and making the most of it, the house transcends the realm of architecture, and takes a step into the world of product. In that sense, Near House can be considered as "Something near to be a house".

(Masahiro Harada) (*1: The areas that allow construction are the "flag" part, and the "grip" part of the "pole" that is originally designed as parking and has some more width than the "pole" itself.)

(*2: Typical Japanese mini storage shelf is 450mm in width and 15mm in board thickness. Near House is almost like consisted of so many of this.)