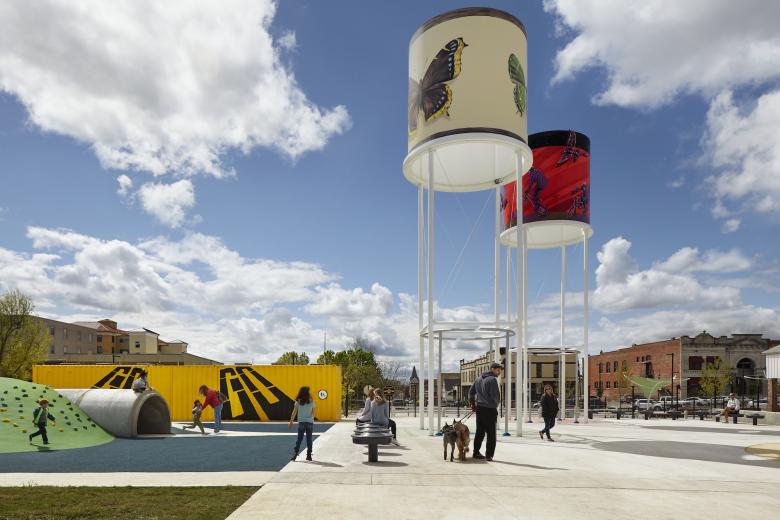 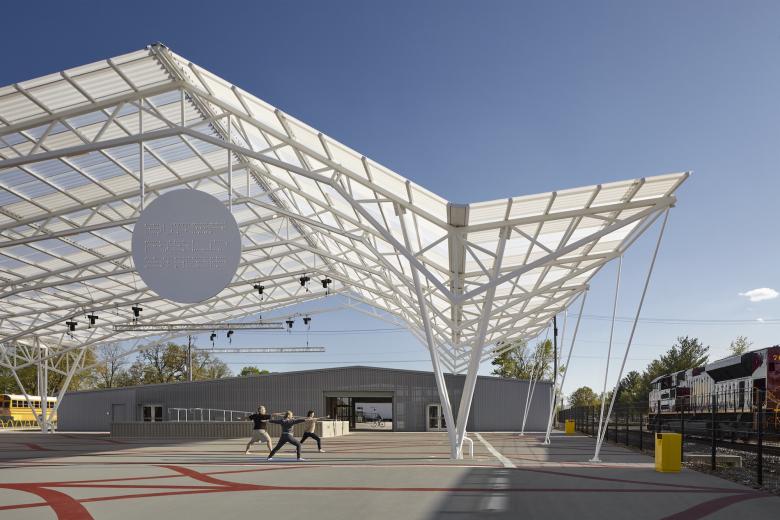 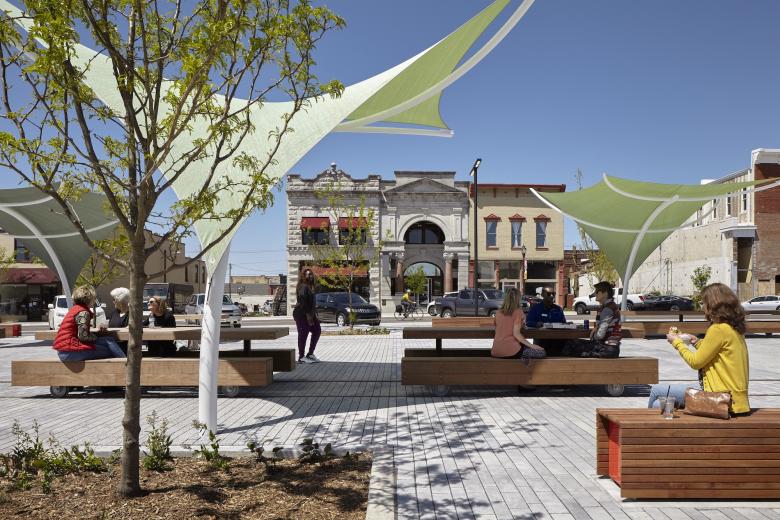 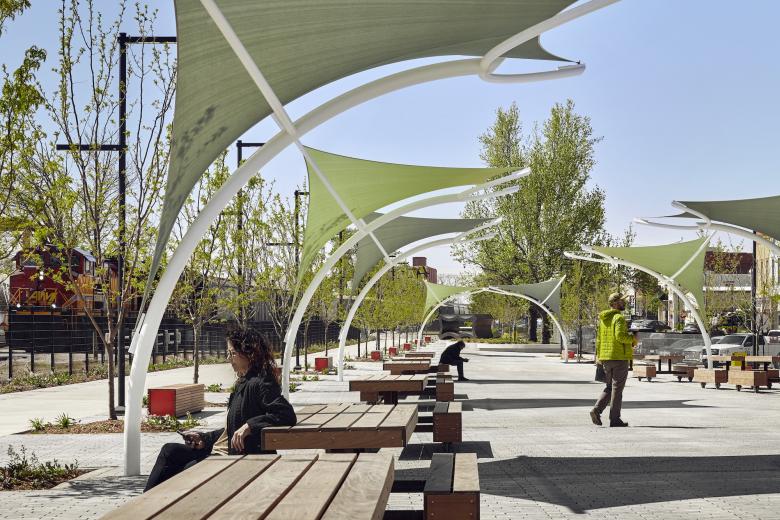 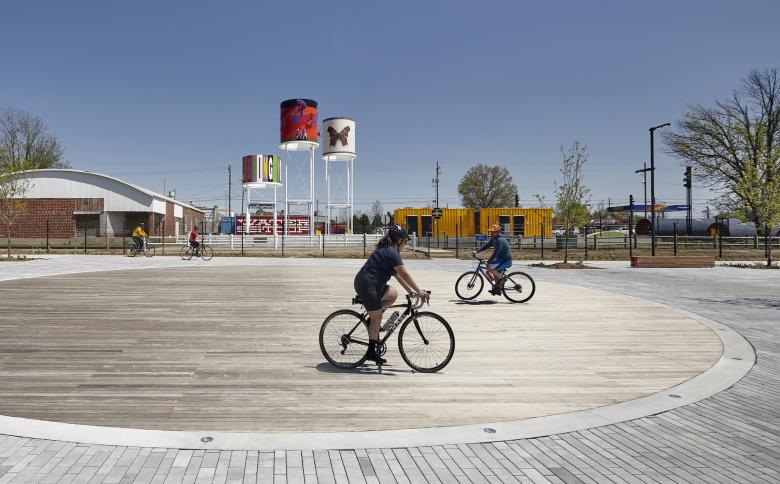 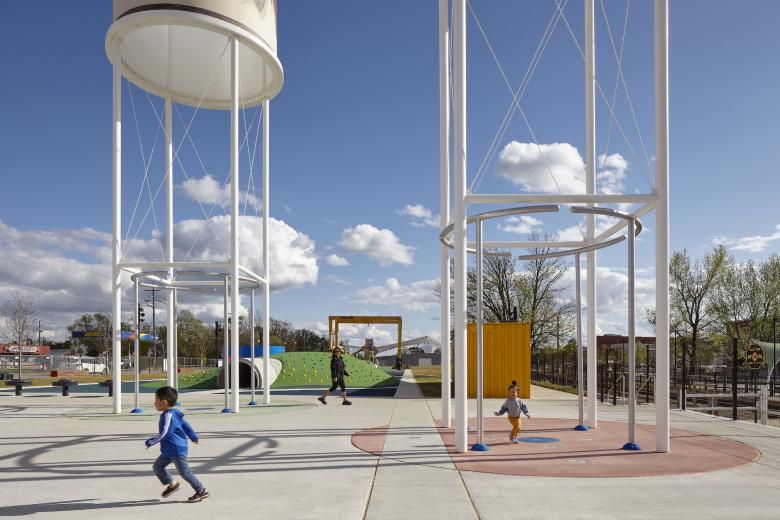 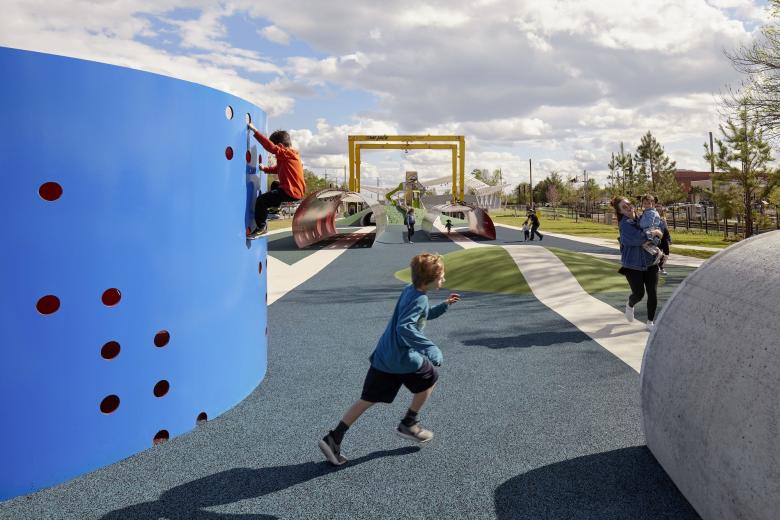 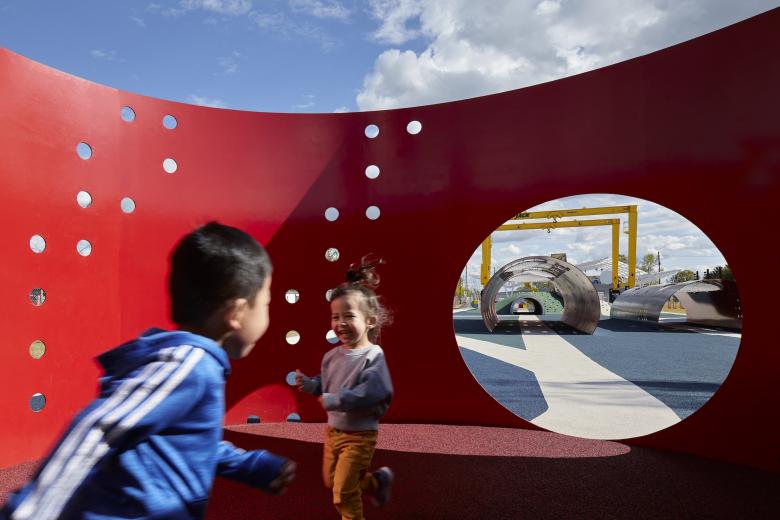 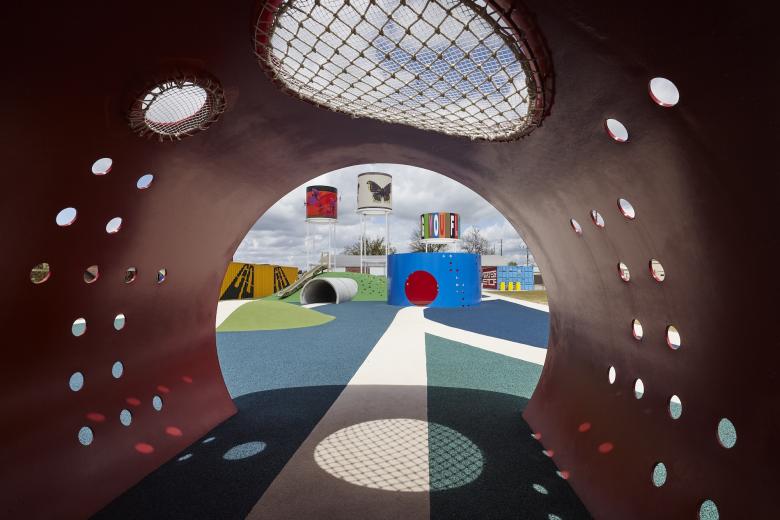 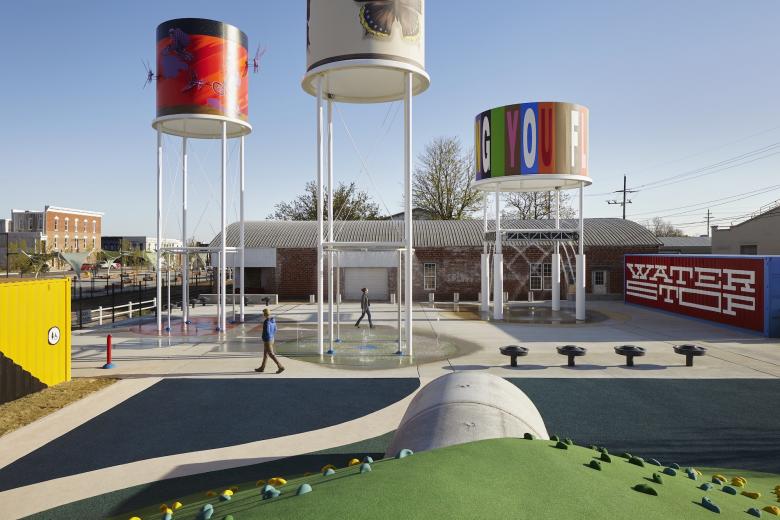 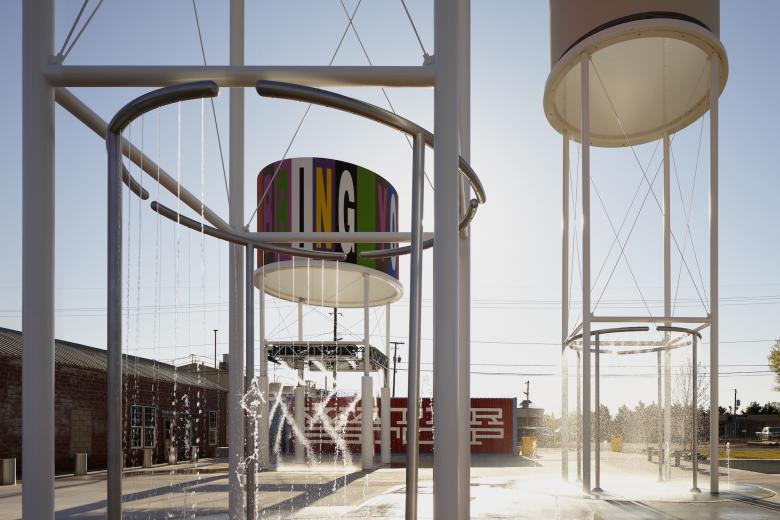 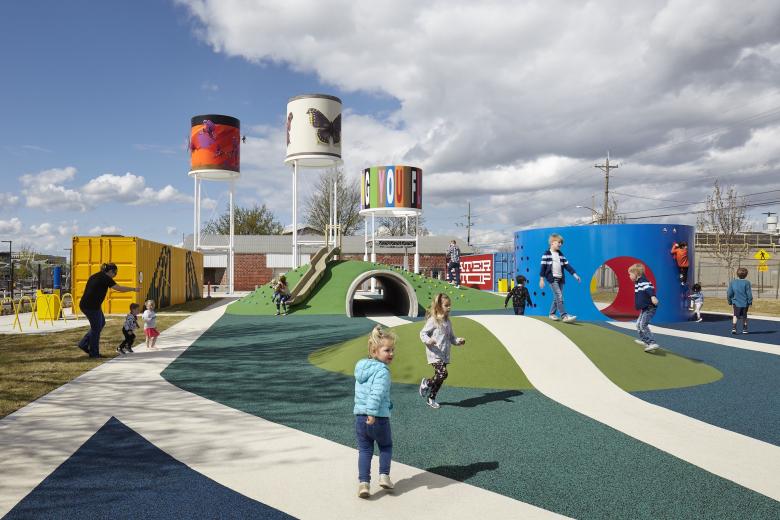 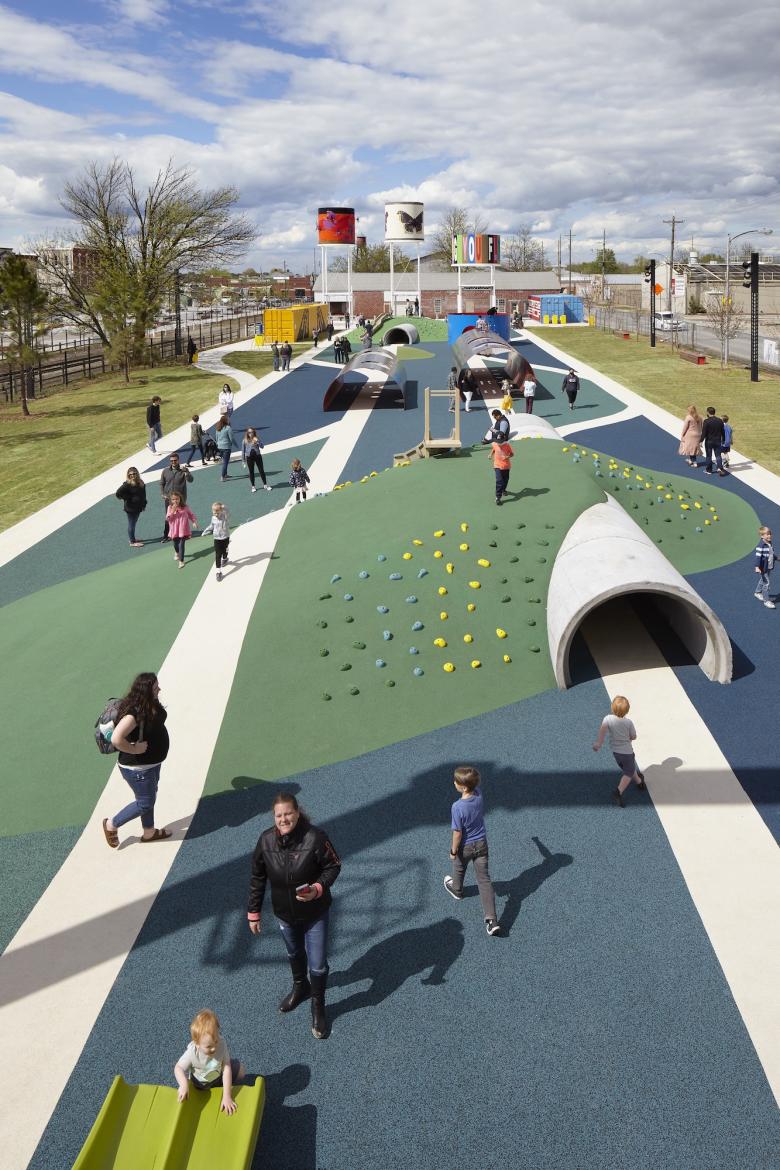 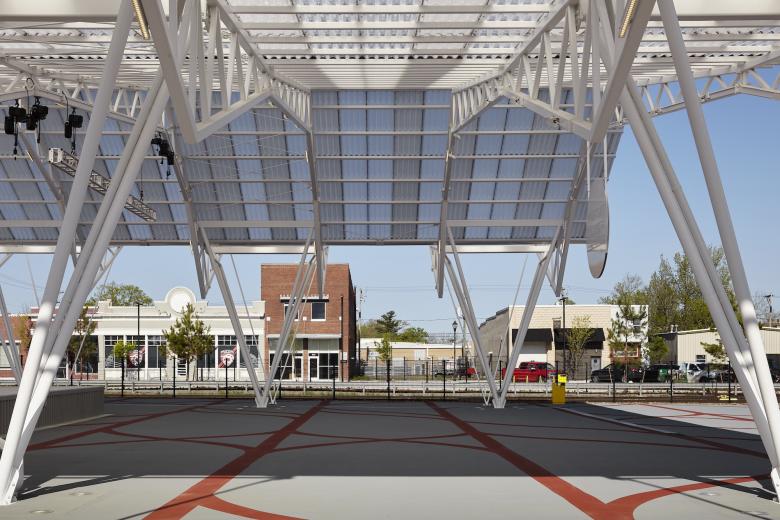 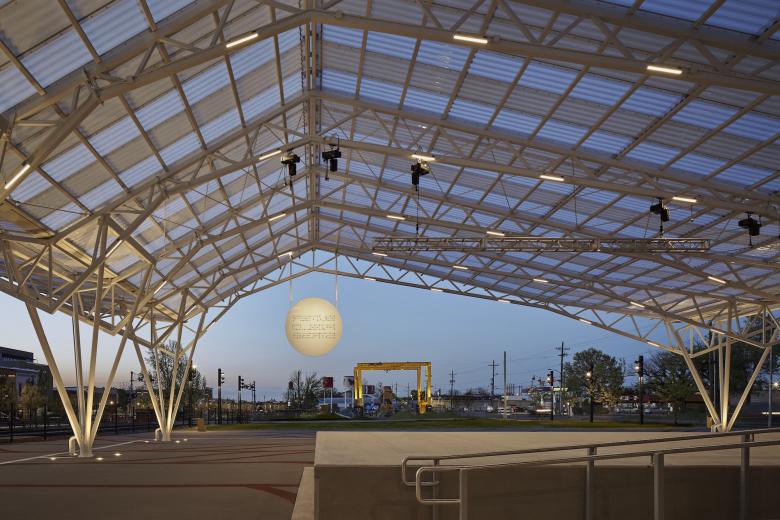 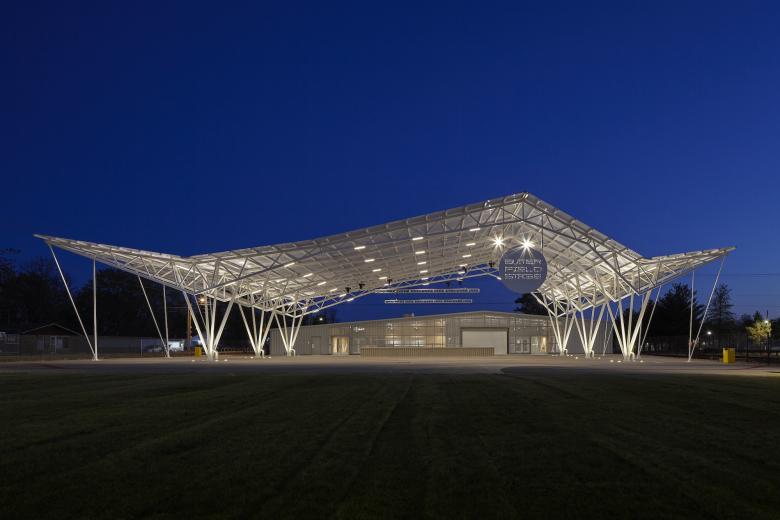 With a grant from the Walton Family Foundation, the City of Rogers, Arkansas has embarked on a project to design a new downtown park that will enhance economic development, spur placemaking, and improve connectivity. Situated on the east boundary of Rogers' historic downtown district, the new park has the potential to capitalize on recent public space investments and help to make downtown Rogers a regional destination.

The project utilized a robust community outreach effort, which has helped build a sense of ownership and pride from city staff and the residents. Through a digital survey that collected over 1,000 responses and in- person charrettes the design team has helped define the park's desired outcomes and objectives through the words of the community. This shared vision has resulted in five emerging priorities: Inviting, Memorable, Challenging, Beautiful, and Authentic.

Rogers, as a city, has been defined both economically and physically by the railroad. The first plat of survey, completed in 1881, uses the rail to create a strong dividing line. The park’s design ignores the rail as a barrier and stitches the east and west together. The result is a series of plazas that can transform throughout the day, week, month, and year. These versatile and flexible spaces create a new and distinct rhythm that extends beyond the park into adjacent streets.

Between the ribbons, which are formed by the adjacent city context, a "room" is created. These densely vegetated and programmed spaces help create unique experiences throughout the park and further frame this piece of downtown as the new center instead of the edge.

Other Projects by Ross Barney Architects