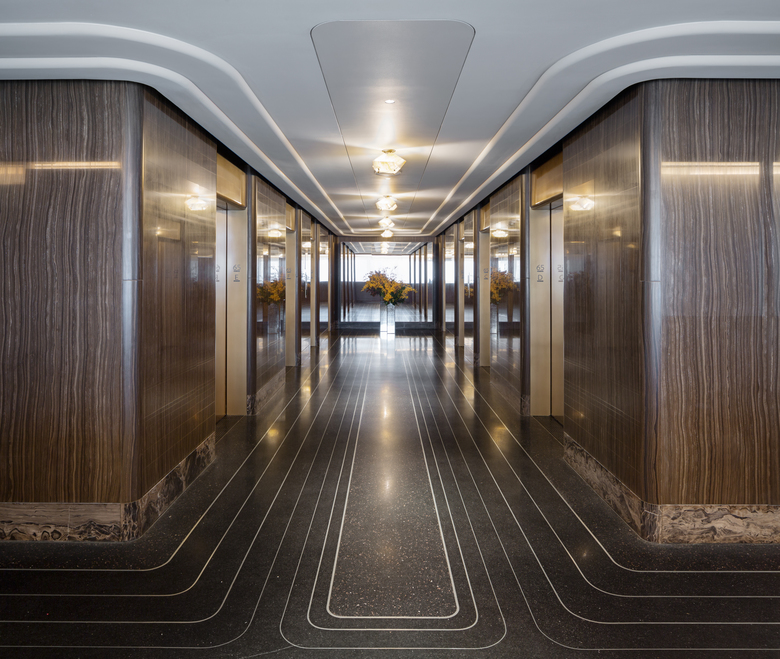 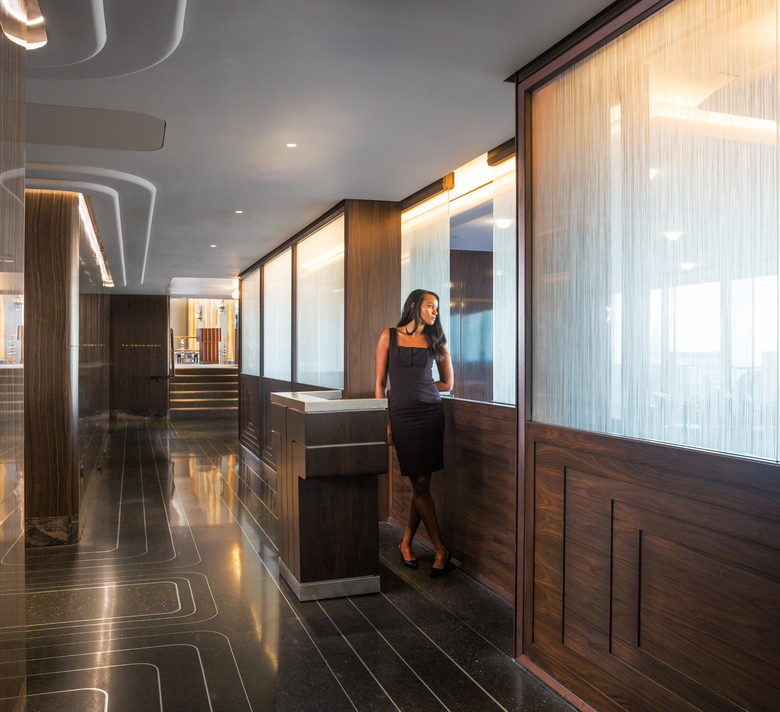 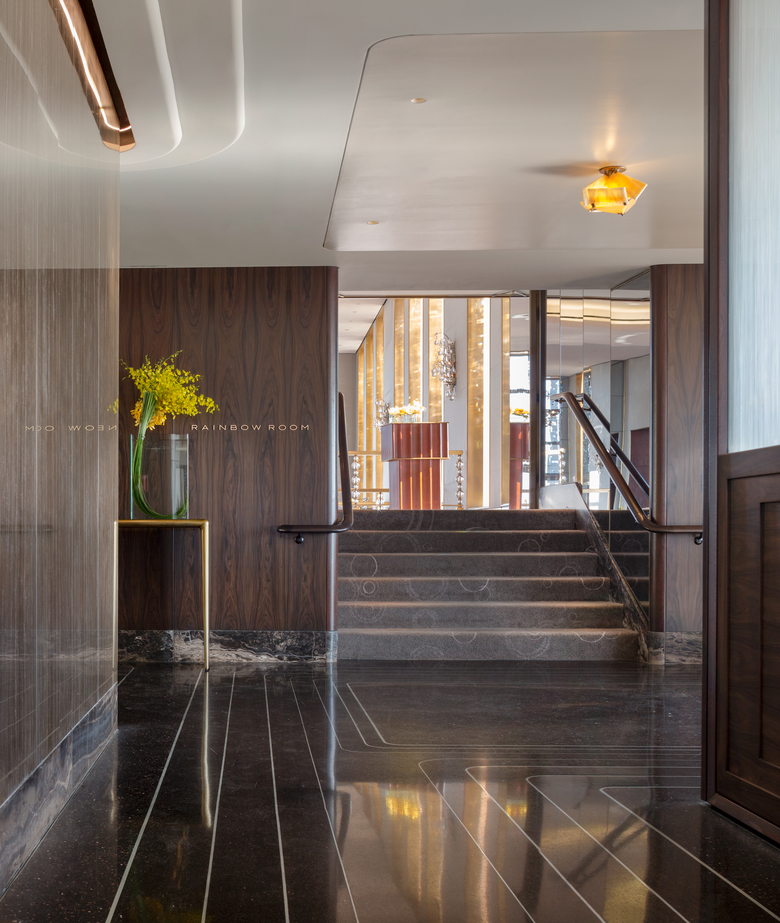 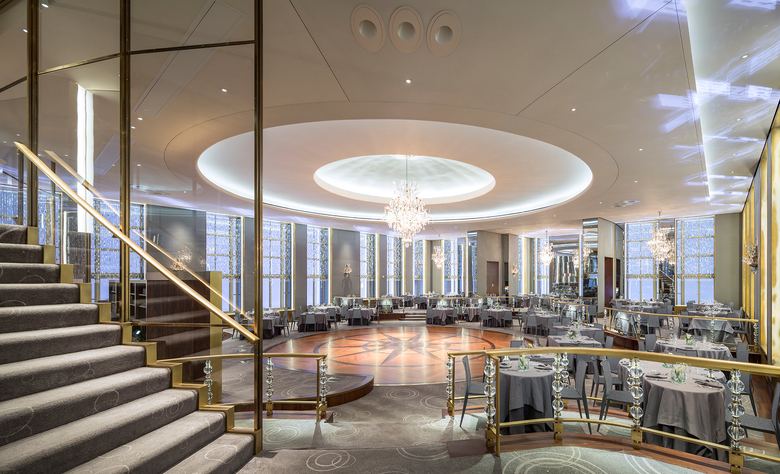 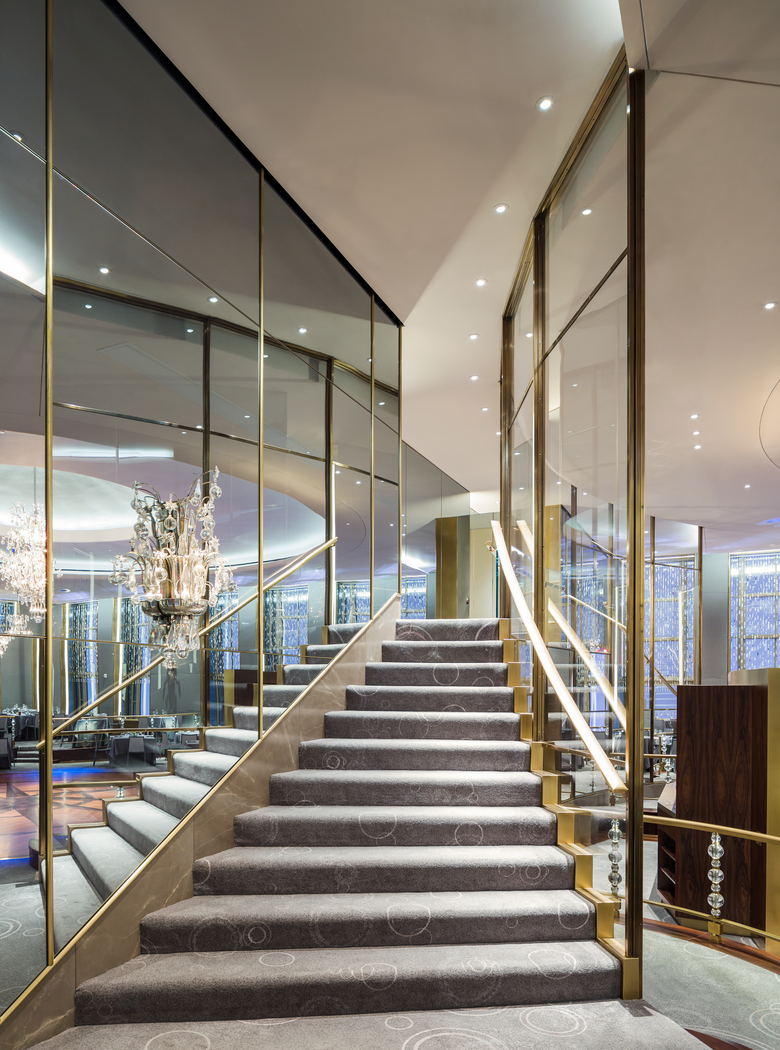 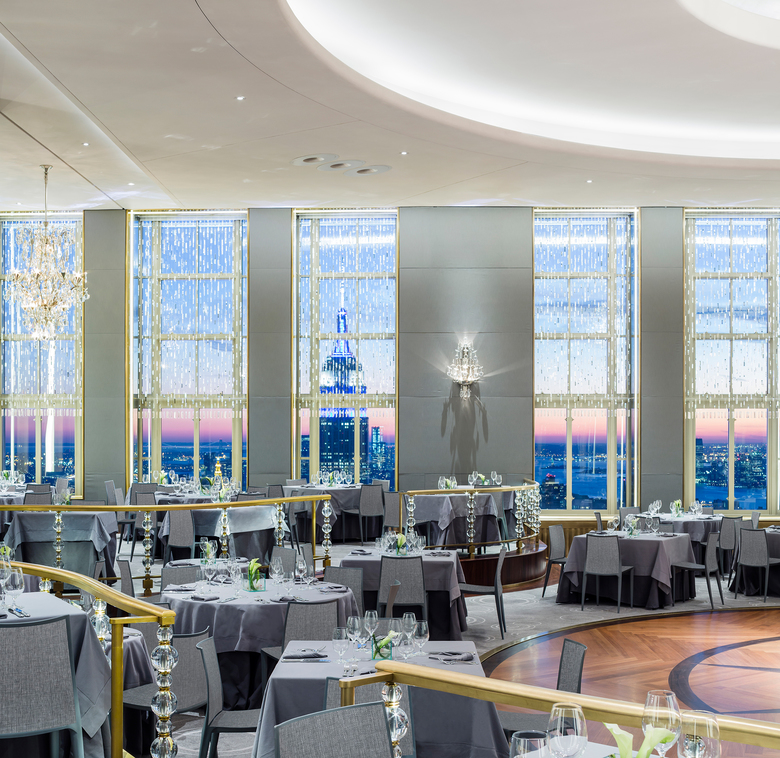 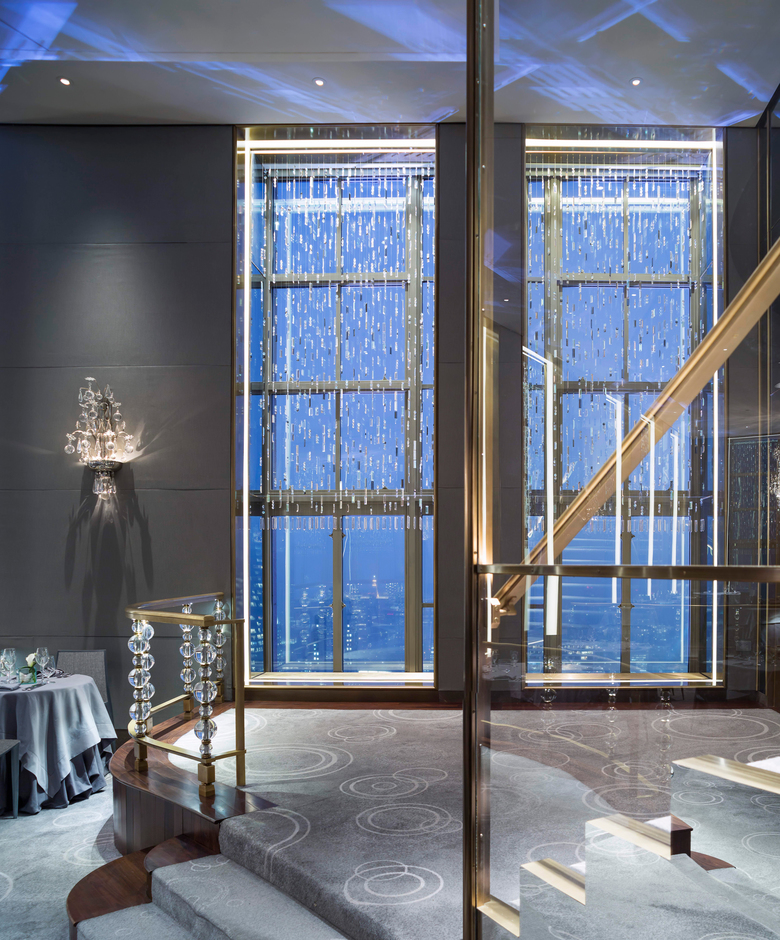 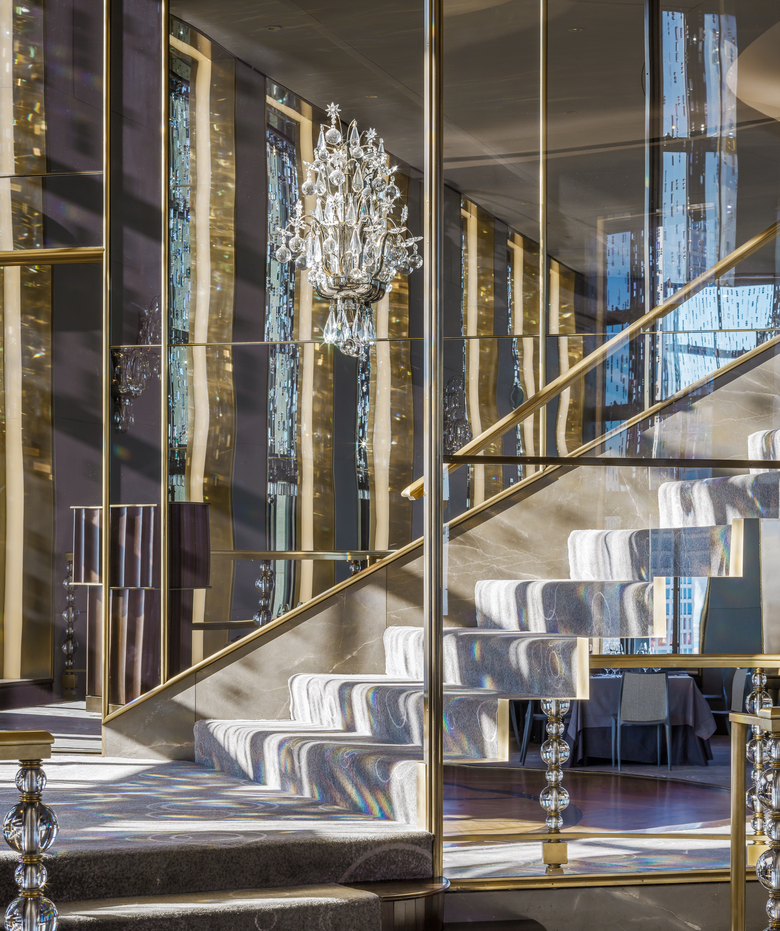 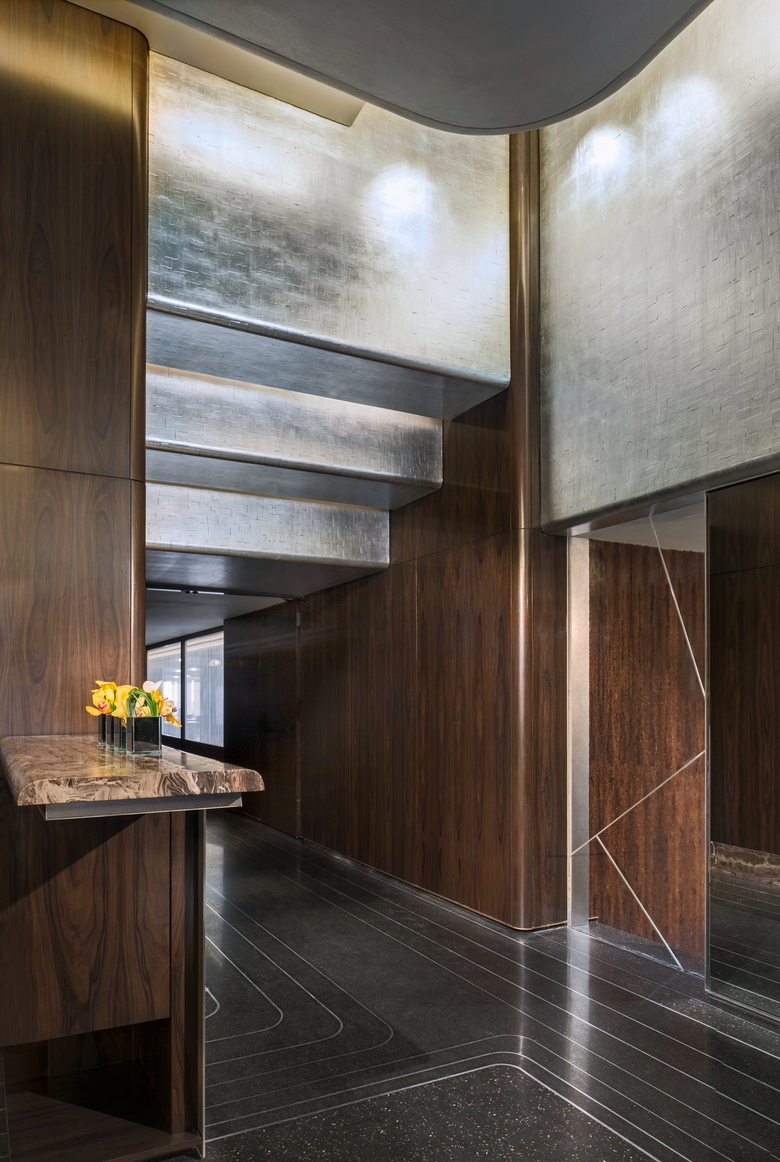 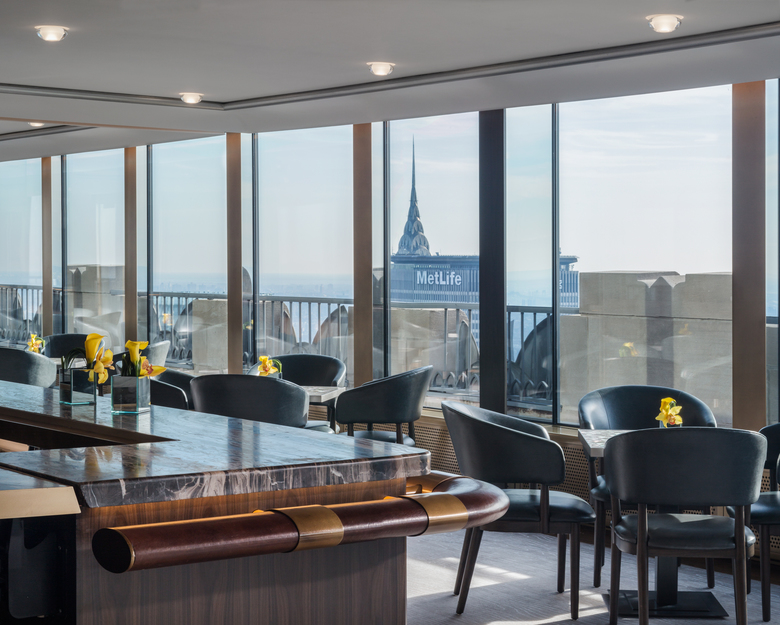 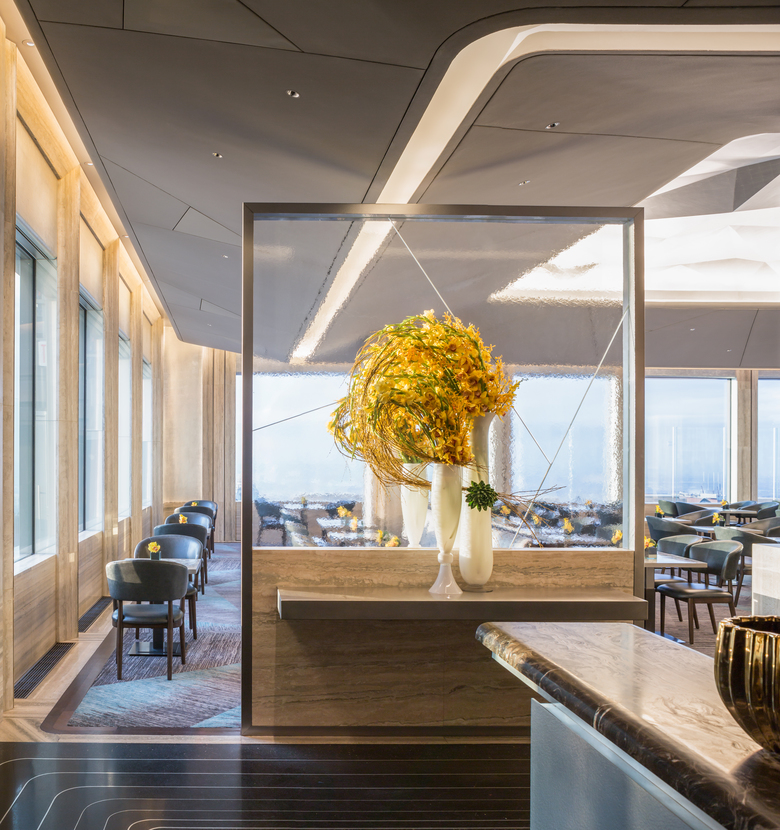 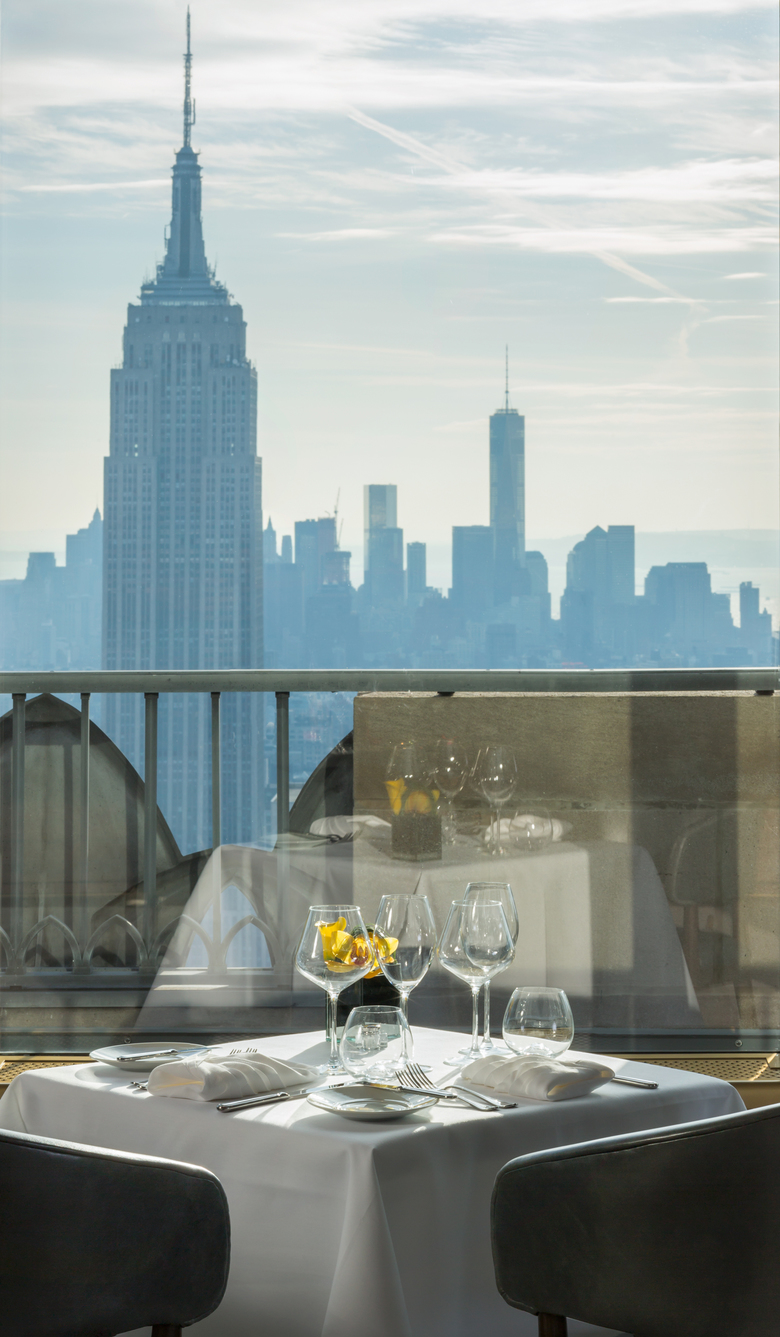 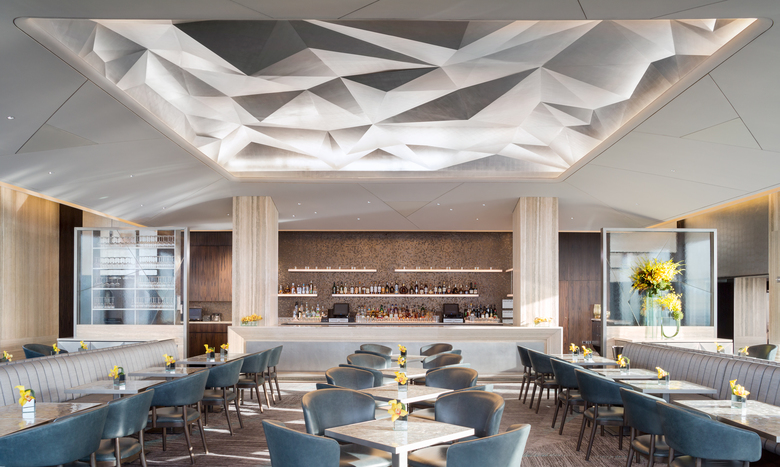 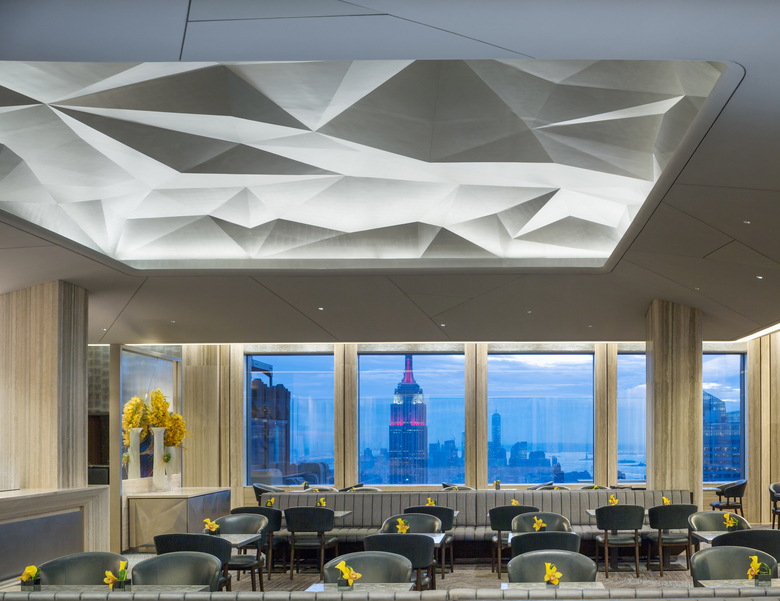 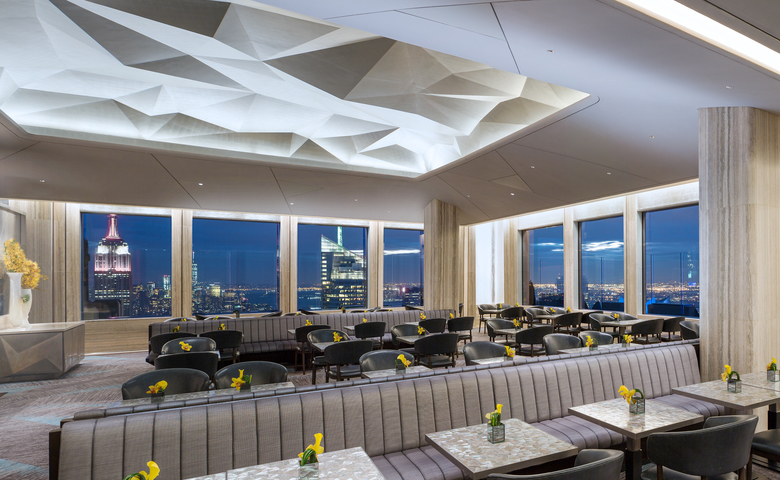 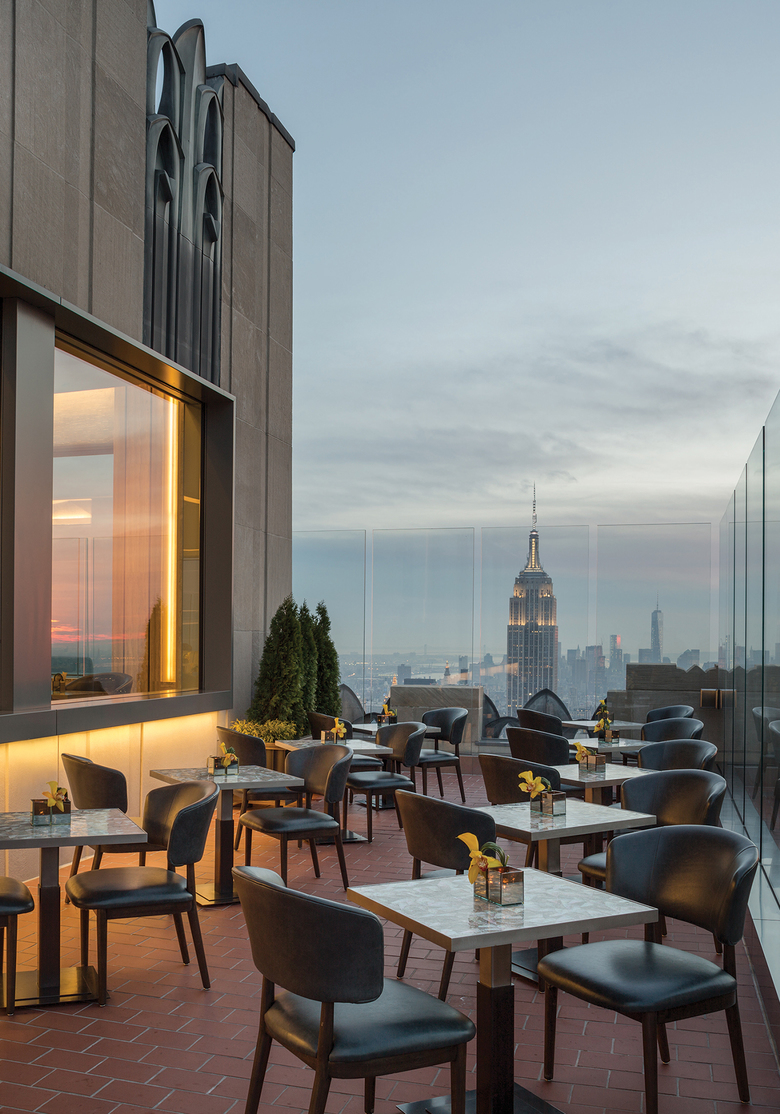 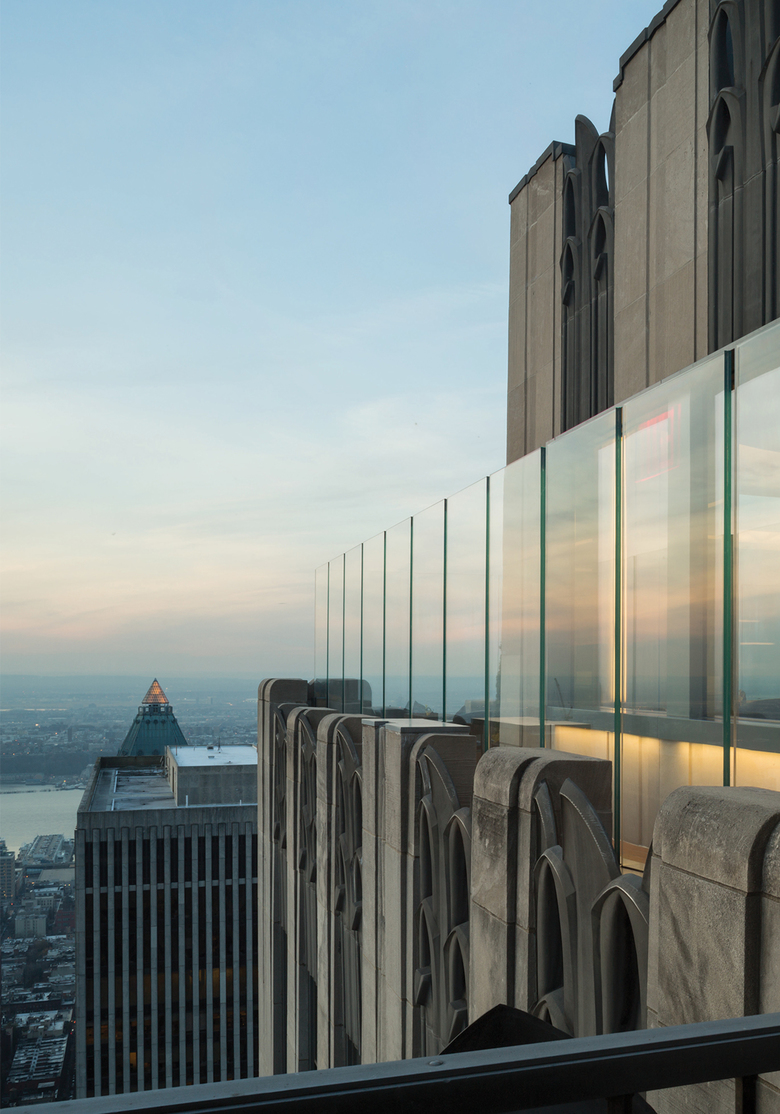 The renovation of the 10,360-square-foot landmark interior blends contemporary needs while celebrating the embedded memory of the legendary Rainbow Room on the 65th floor of the Rockefeller Plaza. The vision was to rejuvenate the once preeminent event space into a convertible venue suitable for hosting high caliber banquet and restaurant functions. Extensive archival research distinguished the design restoration and reimagination from the outset. This project is particularly unique in that it is a project of both landmark preservation and ecological stewardship, achieving silver LEED status.

A fundamental element to those who had experienced the original Rainbow Room was the iconic rotating dance floor in the epicenter of the room. For this memory to endure with future generations, the floor was restructured to include new framing, acoustics and rotation motor underneath the new wood floor. Directly above the reengineered dance floor is the iconic dome ceiling, which was restored and finished in a silver leaf. Additional lights were added within the cavity of the dome to further accentuate the sparkle of the chandelier and illumination of the dance floor. The chandelier in the center dome, sconces and glass globe posts were restored to their original glory by replacing damaged crystals.

Custom furnishings were introduced along with a refined material palette of hand-rubbed antique bronze, hardwoods, and pewter satin mirrors which together produce a stream-lined elegance. Crystal window veils were installed at each window opening, providing a rainbow prism effect throughout the day and a shimmering sparkle in the evening. As the crystals create a rainbow prism effect from the sun’s illumination through the window, a solar shade and layer of Mylar film serve to eliminate the prism effect if need be, giving the room alternate mood options and flexibility. Mirrors in a smoky grey finish were selected to complement and augment the space and its views of the New York City skyline. Hidden from sight but equally important, updated systems and contemporary technologies were sensitively integrated throughout the room. New lighting, air-conditioning, and audio-visual equipment were discreetly constructed into the piers and across the ceiling.In the Rainbow Room, the iconic rotating dance floor was restructured to include new framing, acoustics and rotation motor underneath the new wood floor. Directly above the reengineered dance floor is the celebrated dome ceiling, which was restored and finished in a white gold leaf. The historic chandelier in the center dome, sconces and glass globe posts were restored to their original glory by replacing damaged crystals. Custom designed crystal window veils were installed at each window opening, providing a prismatic rainbow effect throughout the day and shimmering reflections in the evening. State-of-the-art building systems and contemporary lighting, air-conditioning and heating technologies were sensitively integrated throughout the 65th floor.
On the Western side of the floor, the design of SixtyFive represents a dramatic departure from the Rainbow Room, but still breathes the iconic Art Deco spirit of 30 Rockefeller Plaza. A faceted ceiling made of glass reinforced gypsum panels was installed in the center of the lounge space creating a heightened sense of openness, reminiscent of the room’s history as an open-air sun parlor in 1934. In the late 1980’s, the Western side of the floor underwent a redesign that resulted in a complete alteration to the exterior of the building diminishing the interior volume at the south end. In the redesign of the 2,700 SF space, the height of the existing window apertures were raised to enhance the dimensions of the overall ‘viewing portal’. Signature structural clear glass parapets previously developed for The Top of the Rock Observation Deck were included in the design of the newly added terrace, creating a cohesive exterior viewing platform.