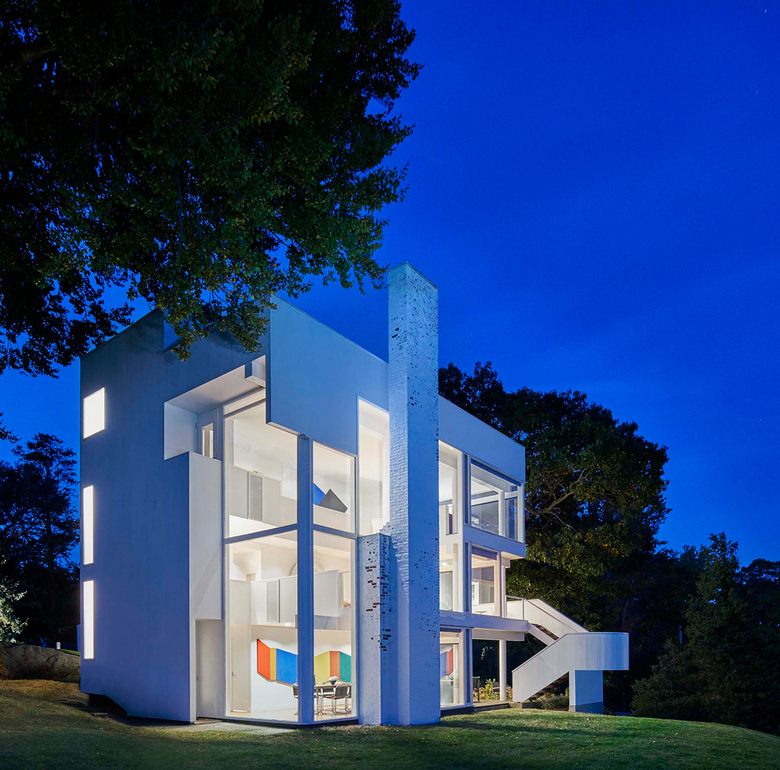 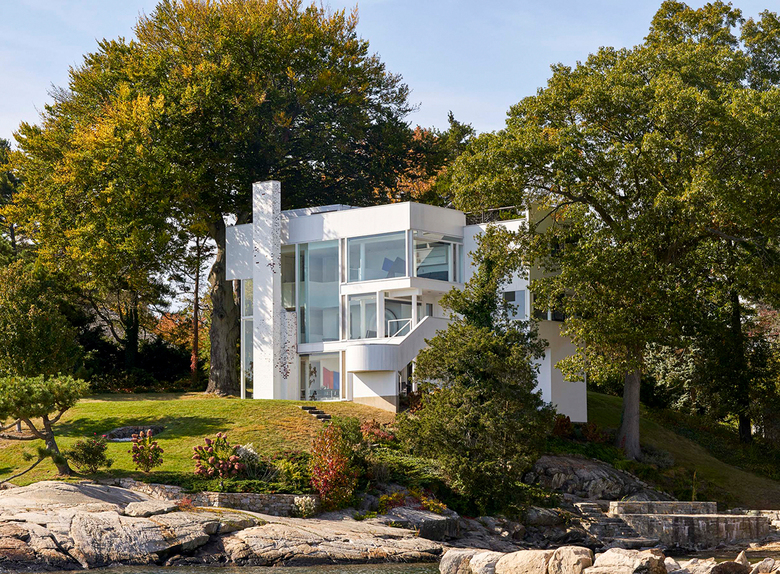 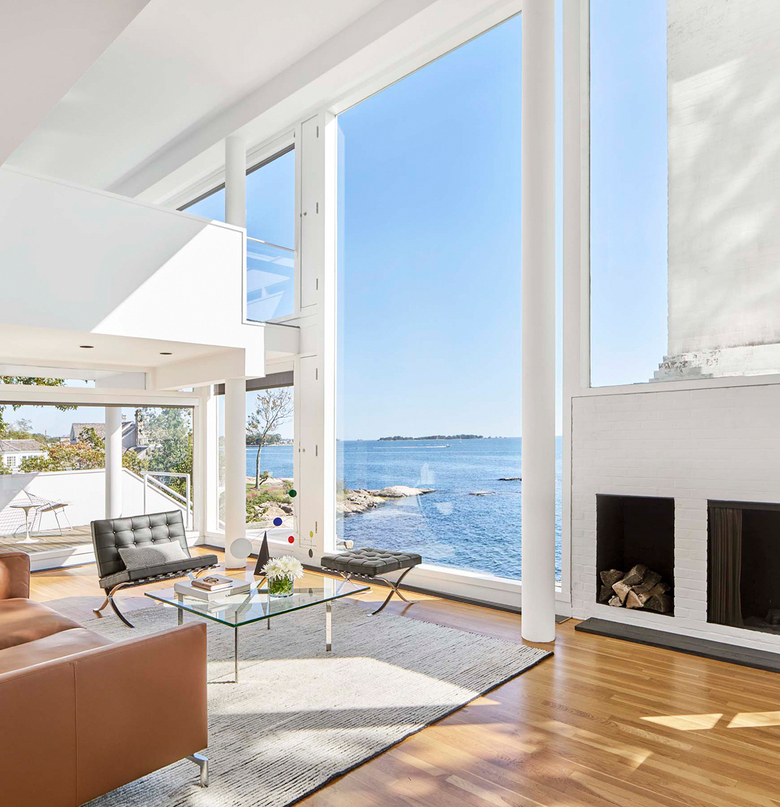 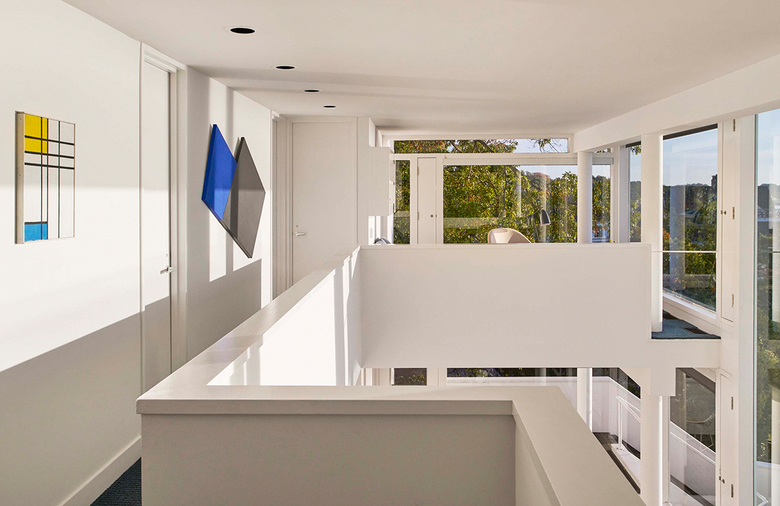 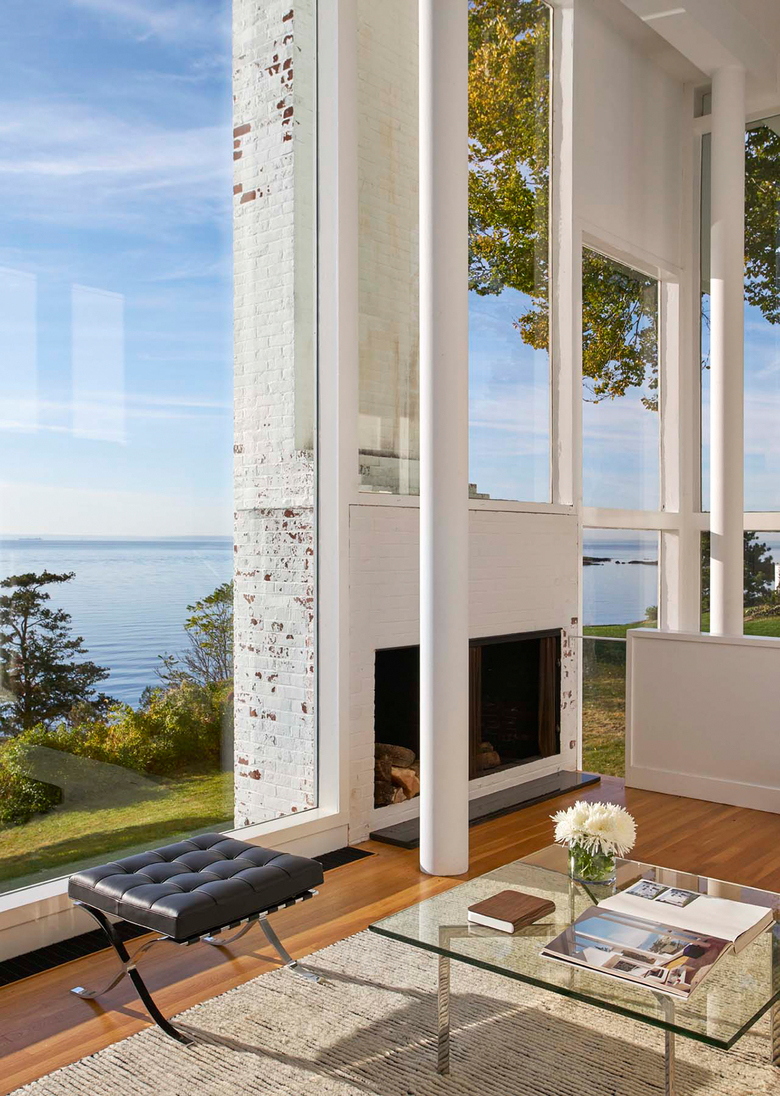 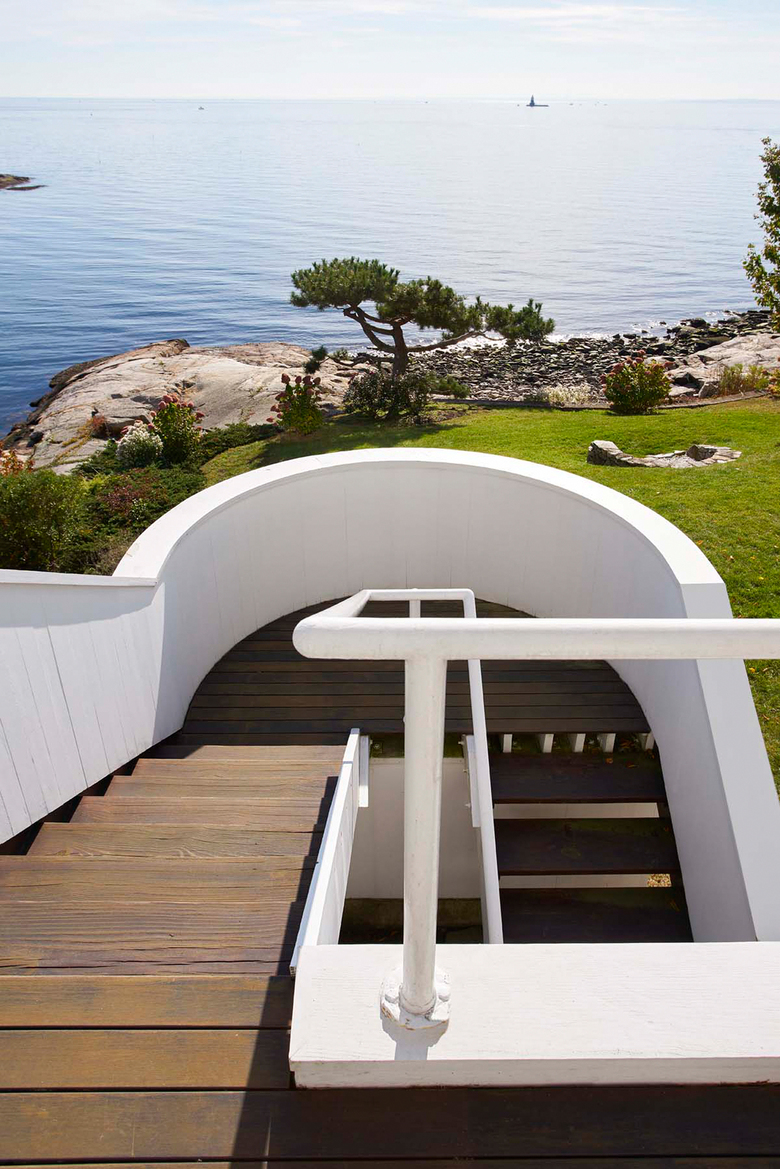 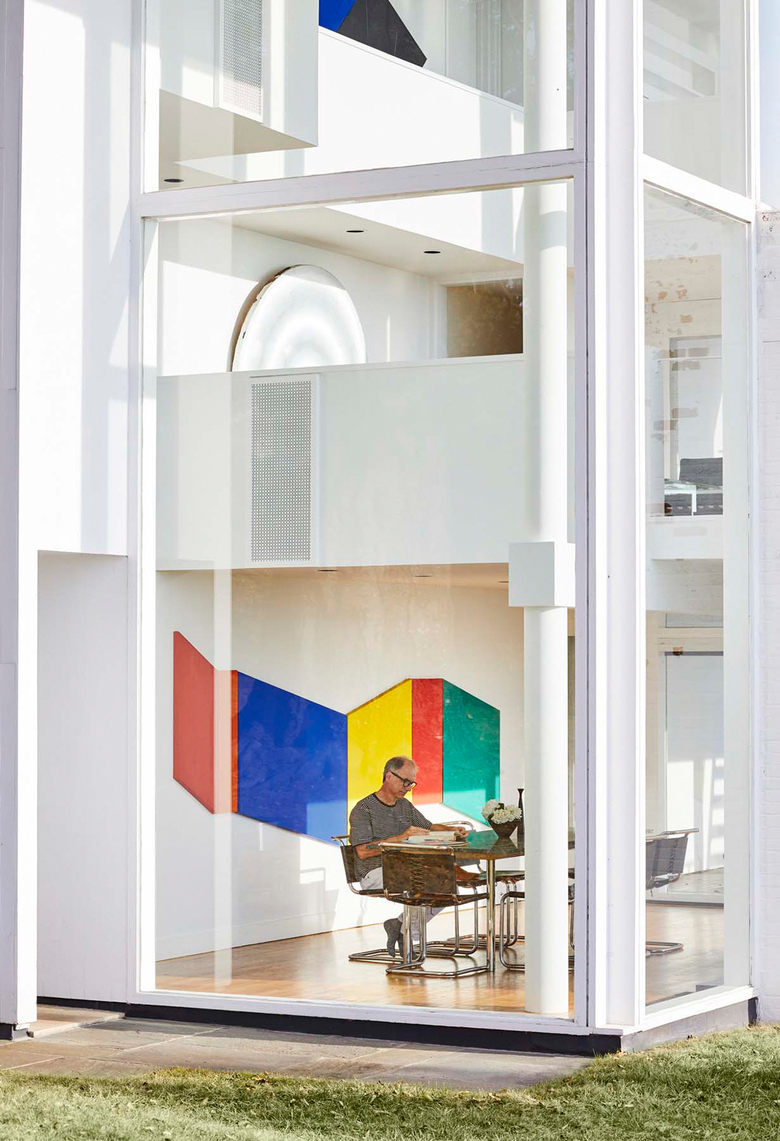 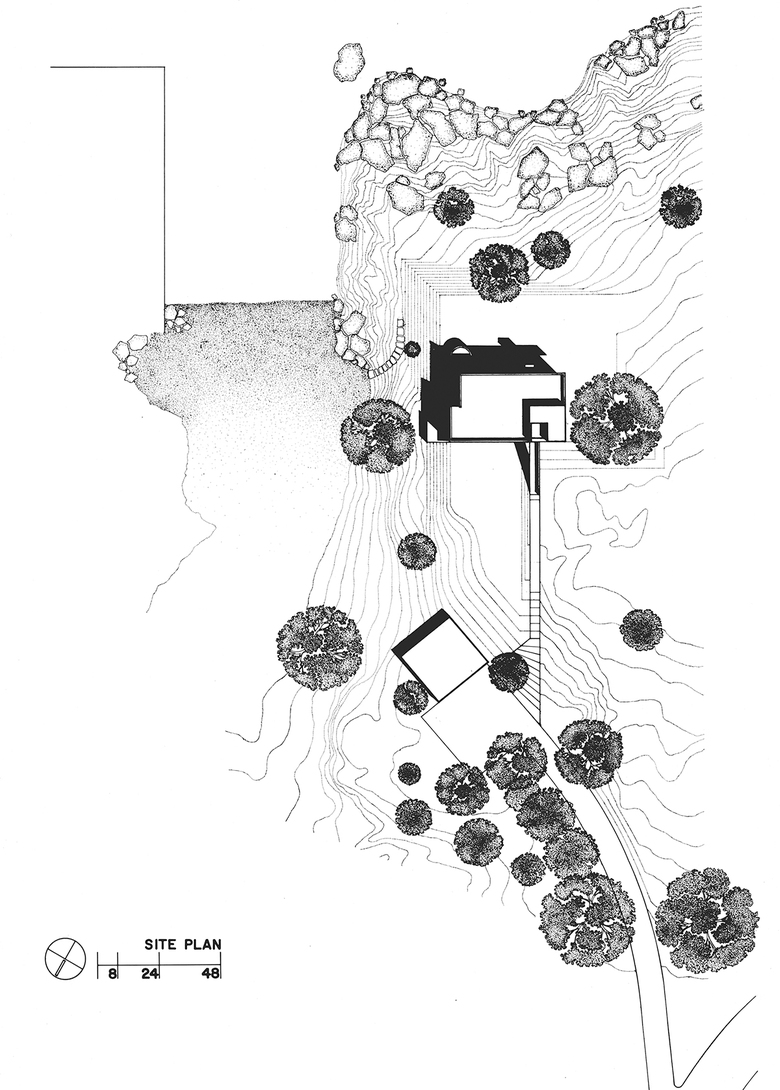 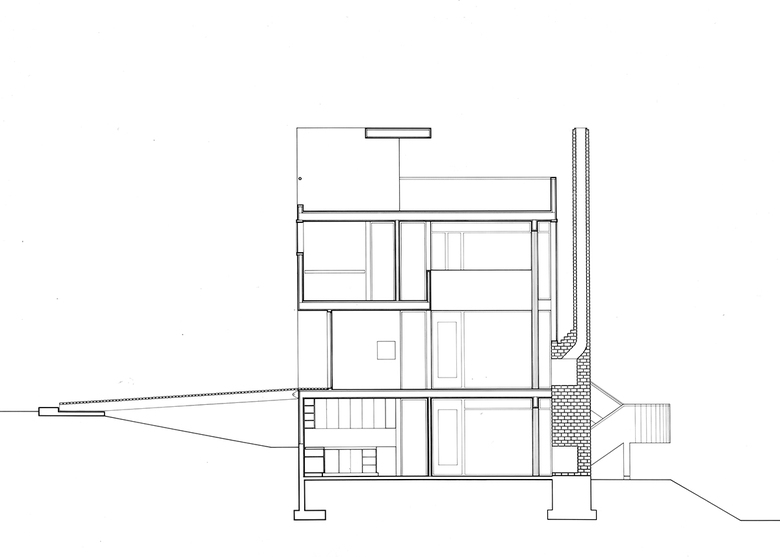 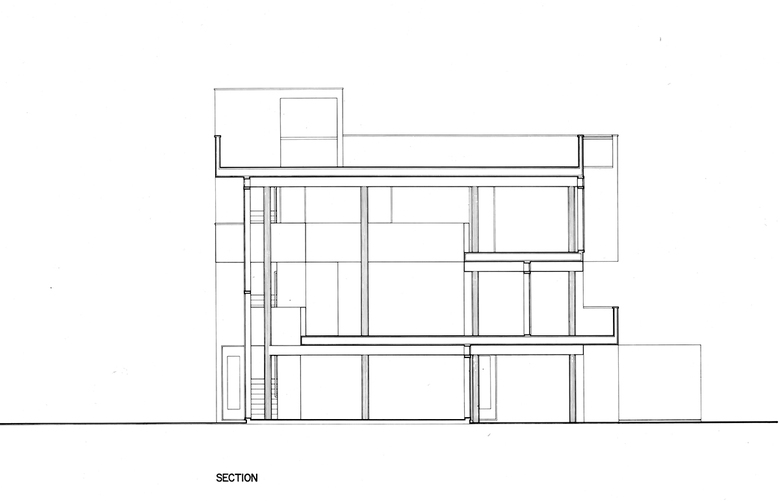 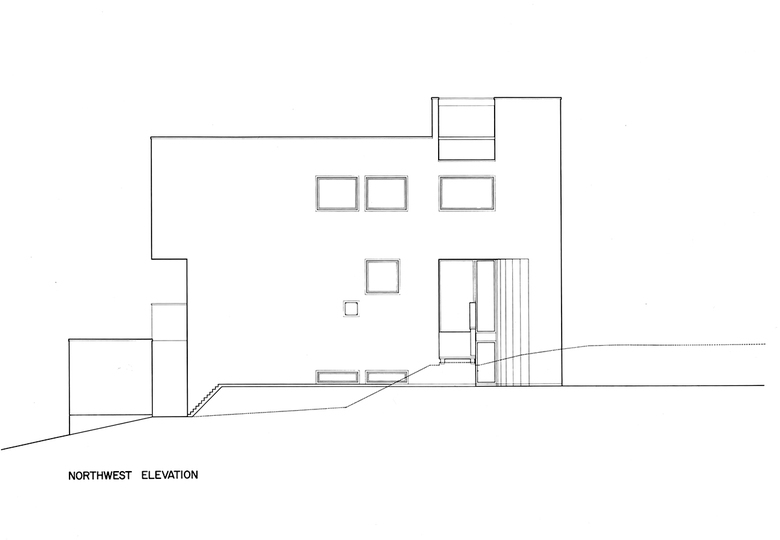 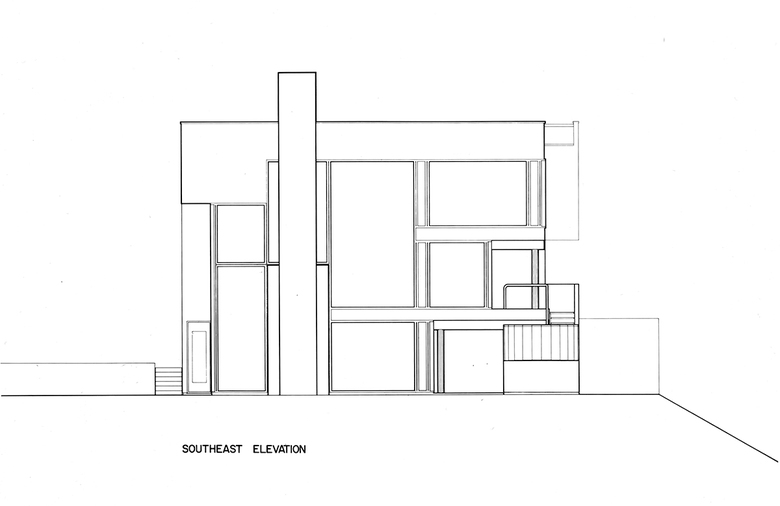 2017 marked the 50th Anniversary of the completion of the iconic Smith House in Darien, Connecticut, and to commemorate this important occasion the Smith family and architectural photographer Mike Schwartz produced a new set of photographs of the home. The residence propelled Richard Meier’s career as an architect and it was the project that helped to define the architectural language and the design philosophy of Richard Meier & Partners Architects.

The Smith House, built amidst the rocks and trees of a one-and-a-half-acre site, overlooks Long Island Sound from the Connecticut coast. A dense cluster of evergreens stands at the entrance to the property. Behind, the land clears and rises to the center of the site, then drops sharply to the rocky shoreline and a small, sandy cove.

The spatial organization of this house hinges on a programmatic separation between public and private areas. The private side of the house is at the entrance facing land, woods, and road. A series of closed, cellular spaces, these private areas are organized through three levels behind an opaque facade, which is intermittently pierced with windows.

The public spaces, where the family meets and entertains, are to the rear of the house, overlooking the water. This public sector consists of three levels nestled within a three-sided glass enclosure; from the outside, the ground and upper levels appear as solid slabs held fast in the white mullions of the glass shell.

The dramatic view of sea and sky that greets one upon entering is framed and intensified in the transparent skin of the rear facade. Placed directly opposite the entry, a painted brick fireplace pushes to the outside through the tight frame of mullions. Suspended between the chimney and the steel structural columns, the glazed wall creates a subtle tension that draws the occupant across the living space to the outside. The balustrades of the lower and upper levels are set back from the glass, amplifying that tension.

As a camera records the moment of an event, the experience of changing light and weather activates the crisp surfaces of the house, while the clear glazing gathers subtle reflections of the interior across its surface. The natural and the man-made exist as separate, elemental experiences, yet it is impossible to separate one from the other.

The Smith House revolutionized residential design in the United States and around the world, and it has been distinguished with the Twenty-five Year Award conferred by the American Institute of Architects. The award is only given to a building that has stood the test of time for 25-35 years and continues to set standards of excellence for its architectural design and significance.