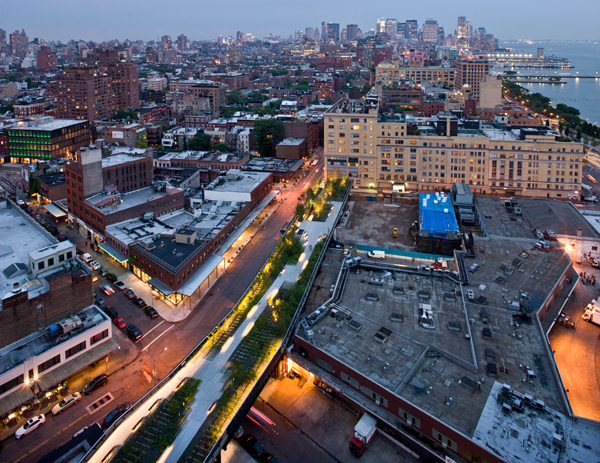 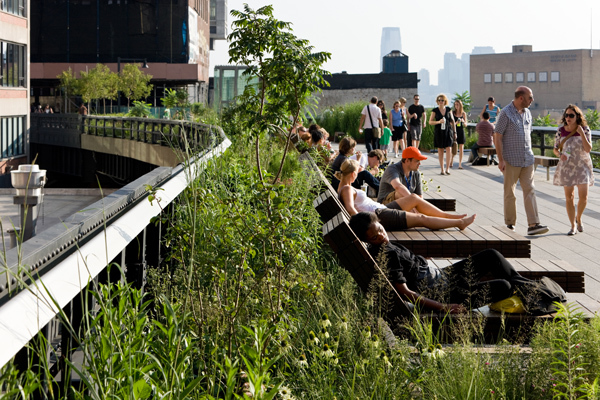 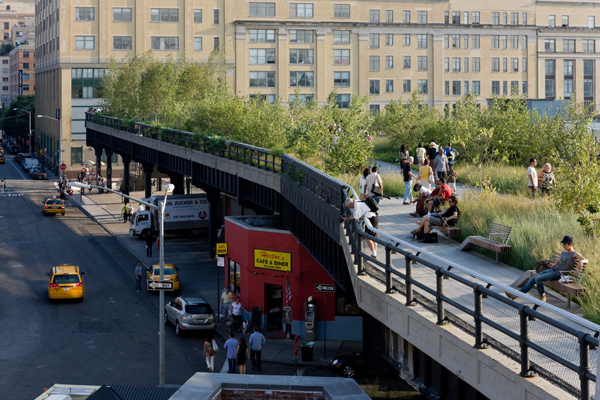 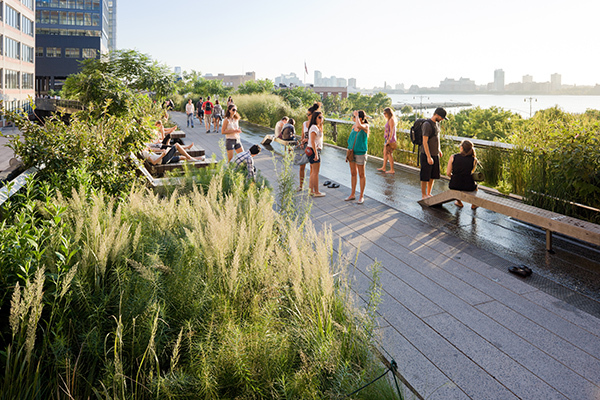 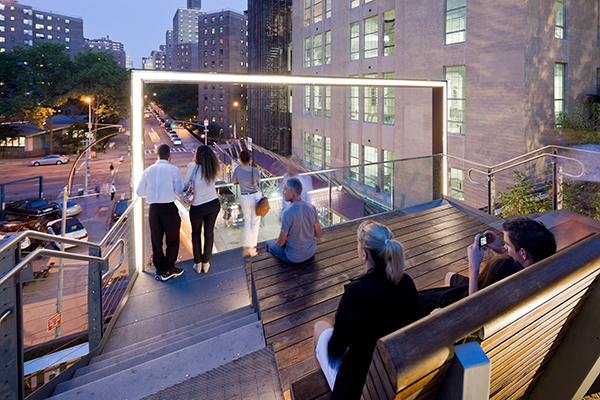 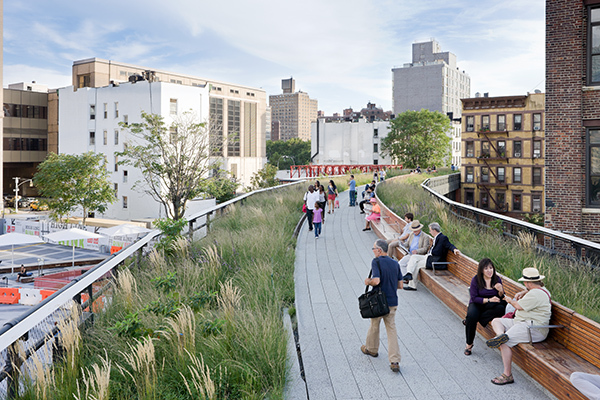 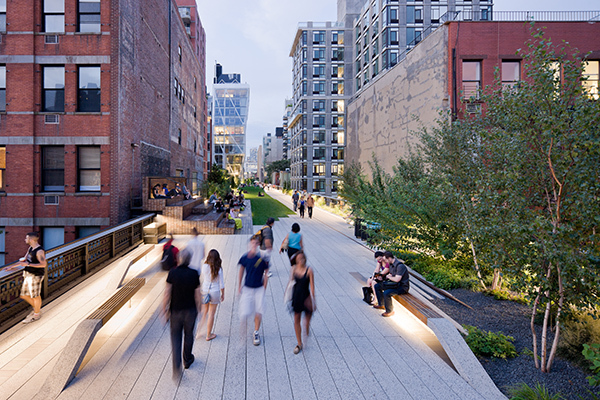 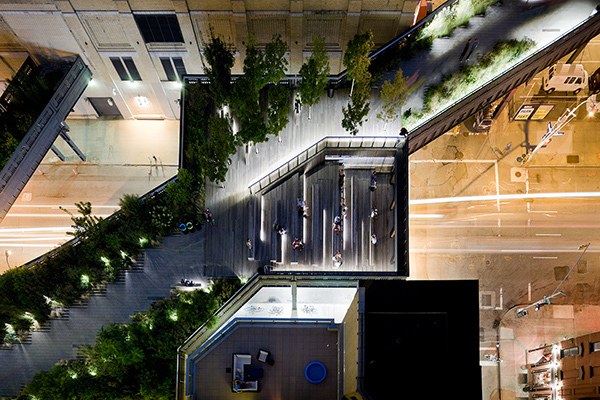 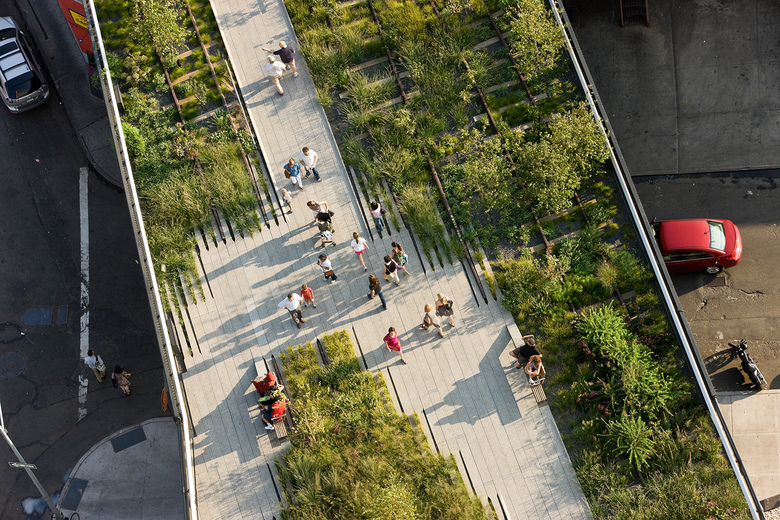 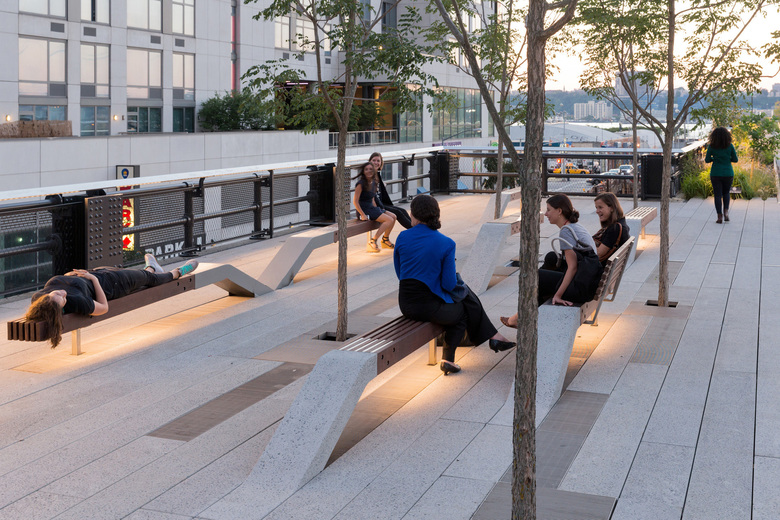 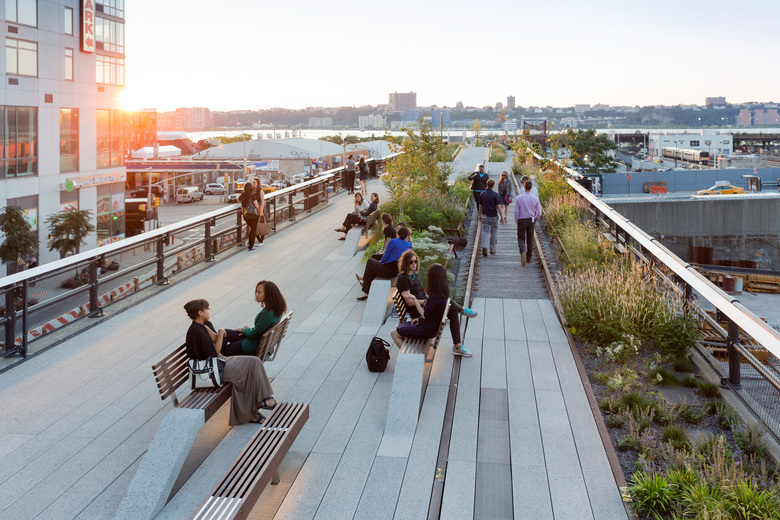 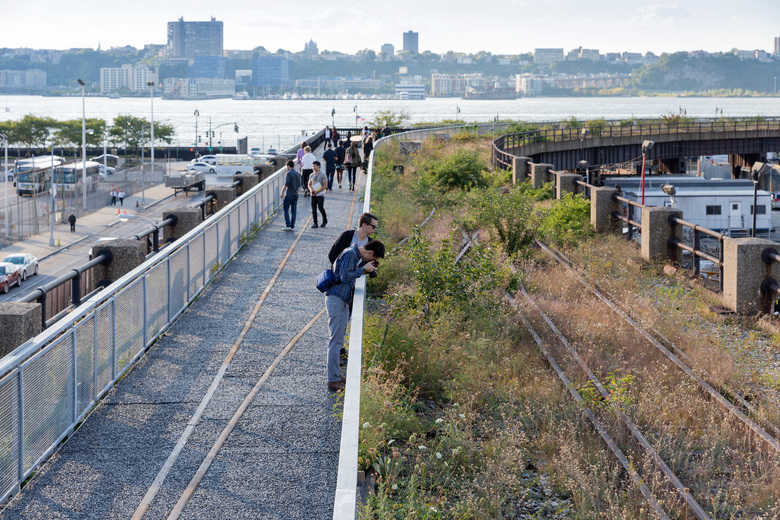 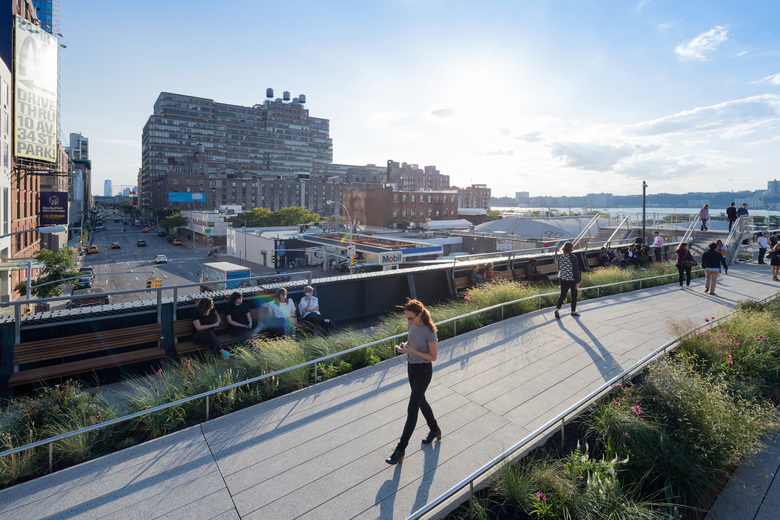 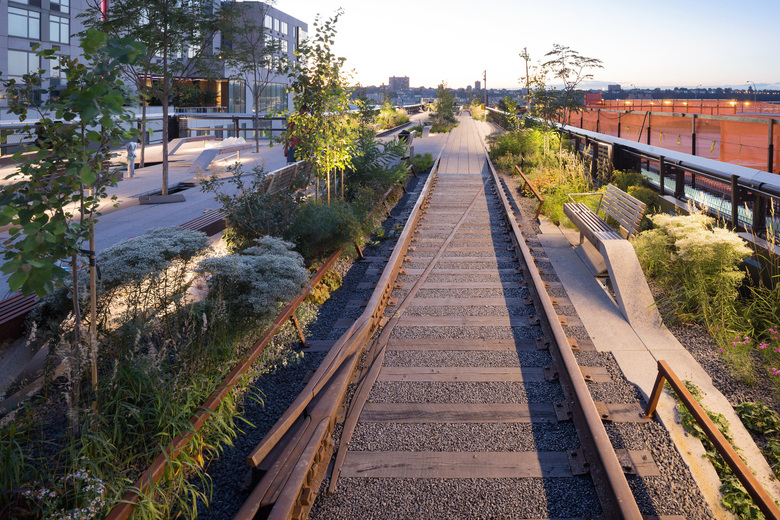 James Corner Field Operations is the lead designer for the High Line, the transformation of an unusual 1.2-mile long abandoned elevated railway into a new public open space and linear park along the west side of Manhattan.  The first 9-blocks of the landmark park opened in spring 2009 and include over 3,500 precast concrete planks for walkways and programming, 60 custom peelup benches and the planting of 1,000 trees, over 50,000 perennials and grasses and 30,000 bulbs.  The second section of the park, which runs from 20th Street to 30th Street, opened in Spring 2011, with the final section following and ramping down to street level around the West Side Railyards.
The High Line is now recognized as an important and distinctive asset to the city: an urban event operating on many scales – a new way of seeing the city, a connector to different and previously separate neighborhoods, an important green space within the local neighborhood, and a new model for the ‘greening’ of the urban environment.  In the re-imagination of this industrial relic as a unique opportunity, the High Line will be transformed by New York City into an exceptional public open space.
The High Line as a precedent urban park promotes timely and relevant principles of ecological sustainability, urban regeneration and reuse and conservation over new construction. In total, the High Line reclaims 6-acres of former industrial land for new use.  The project establishes an urban corridor for habitat, wildlife and people and provides opportunity for future links between greenways and parkways along the Hudson River.  In addition to providing valuable open space for the city of New York, the New York City Deputy Mayor for Economic Development estimates that the High Line has already generated $4 billion in private investment in adjacent residential buildings, stores and hotels.
thehighline.org