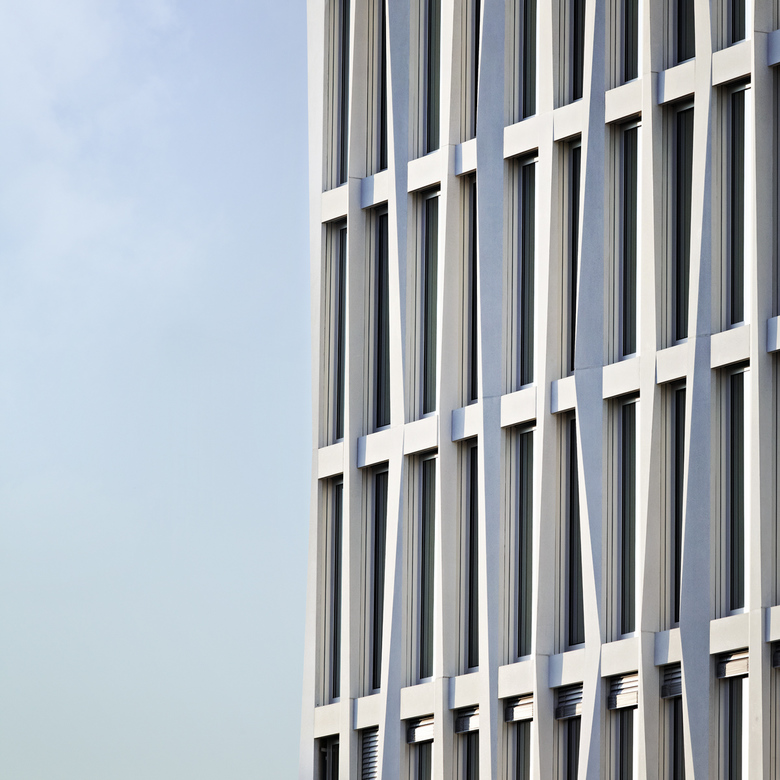 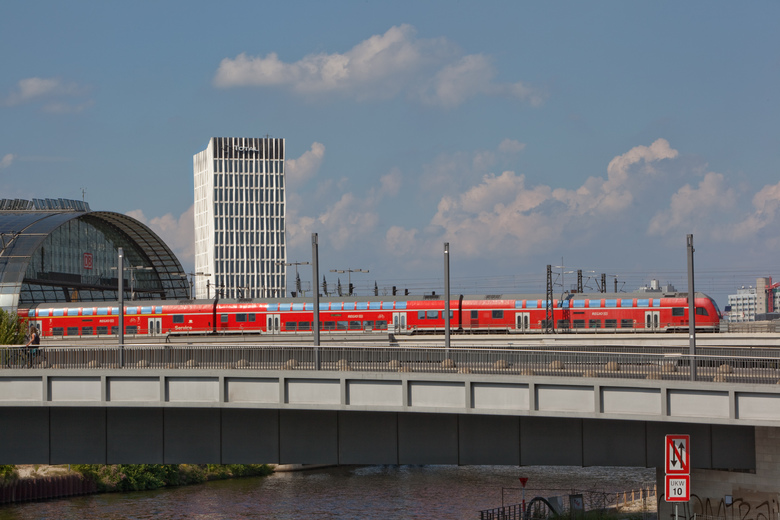 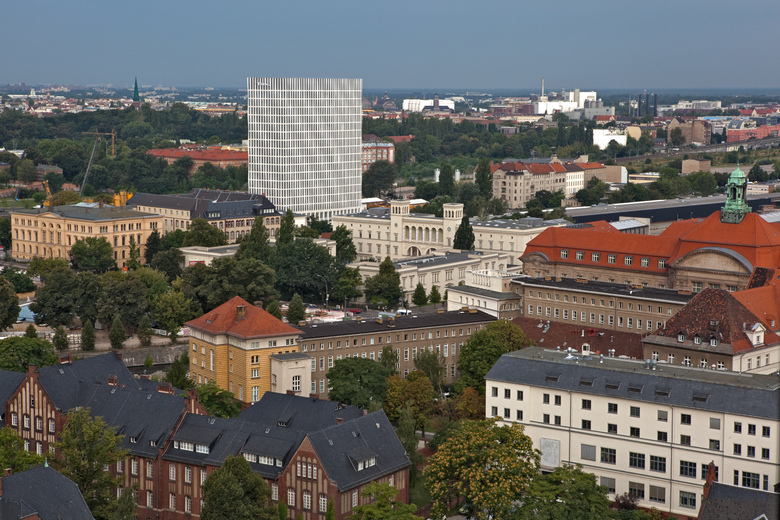 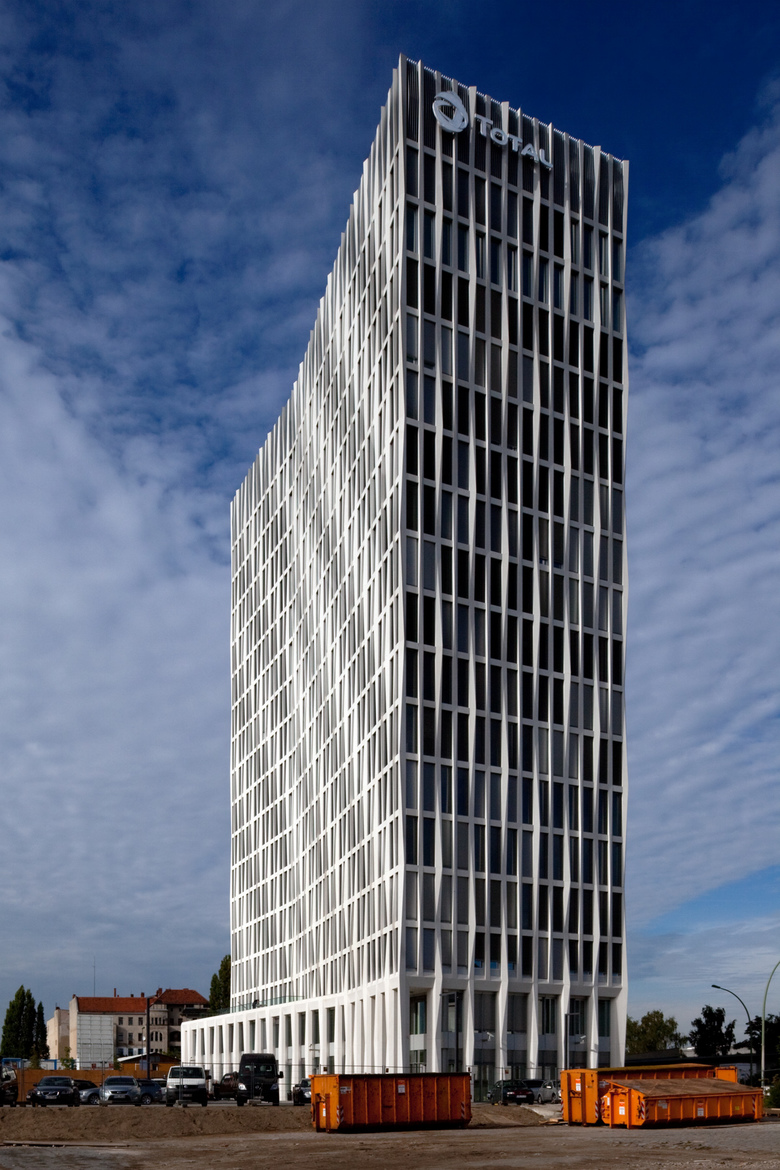 The Tour Total marks the first new construction within a 40 acre new master-plan in the Heidestrasse north of Berlin‘s new main train station. The project is being developed by CA Immo as the German headquarters of the French energy company, Total. This 18,000 square meter 18 story solitary tower is marked by a gently inflected, folded volume clad by a pre-cast concrete facade consisting of unique facetted elements that give the facade a dynamic and visually articulated appearance, while contributing to a well insulated and sun- screened glass façade. The project is on track to achieve the equivalent of LEED Gold certification within the German (DGNB) sustainability rating system. A two-story arcade wrapping the building at the ground floor marks the entrance. Pedestrian passages, lobby, and café provide a transition to the surrounding public streets and park.