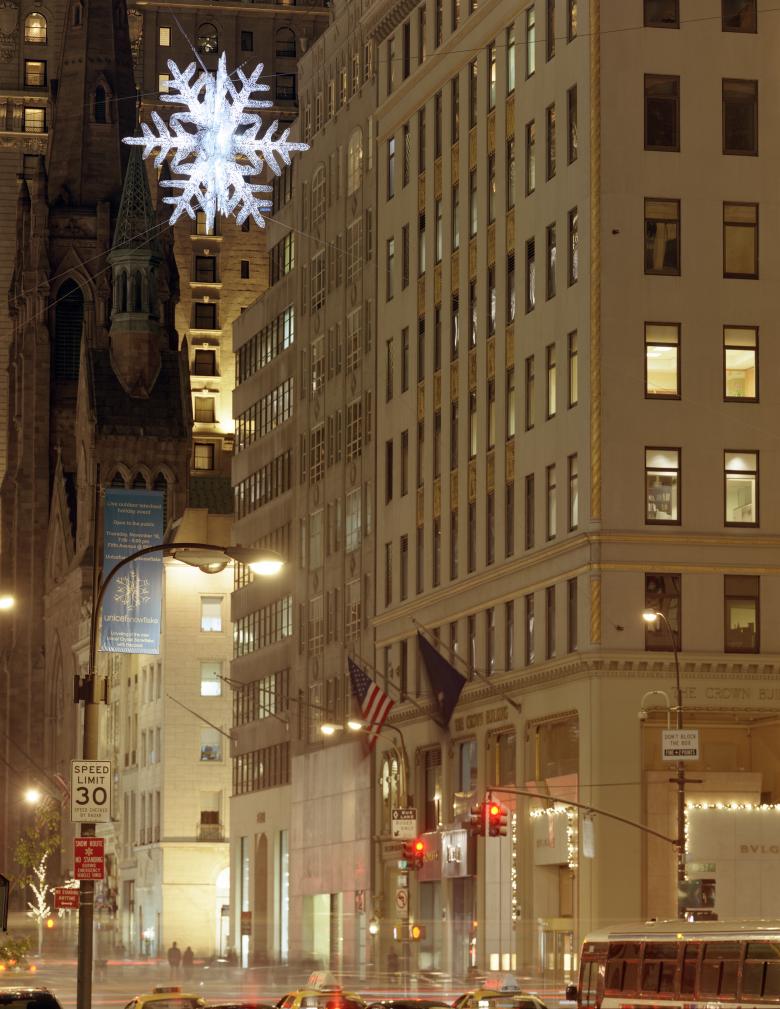 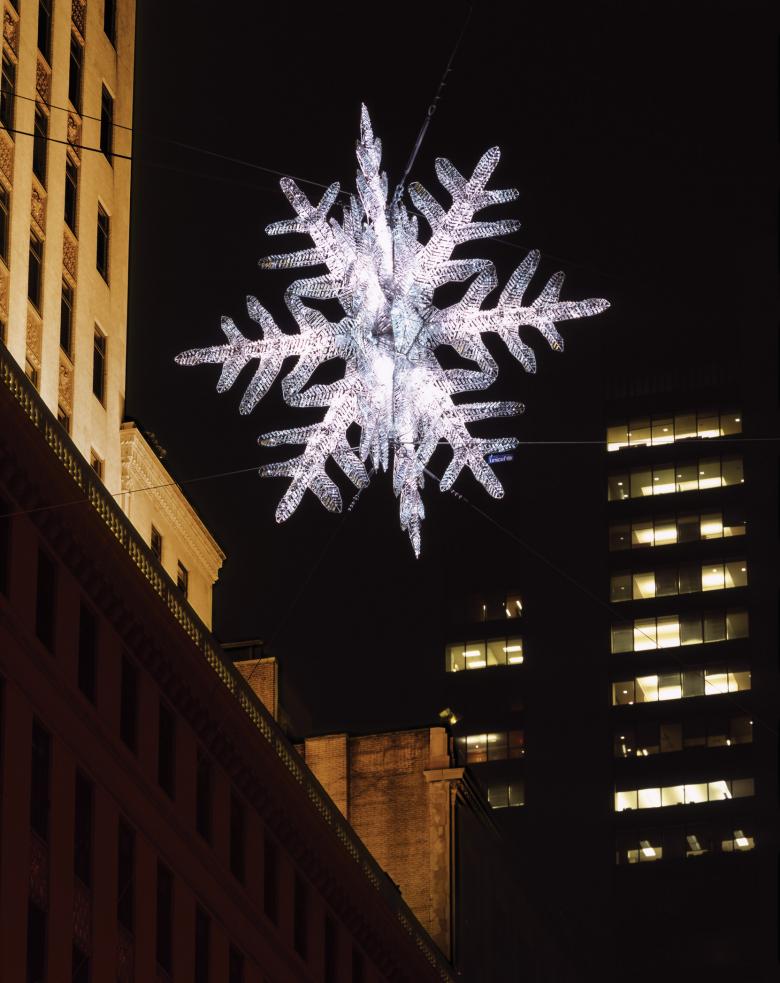 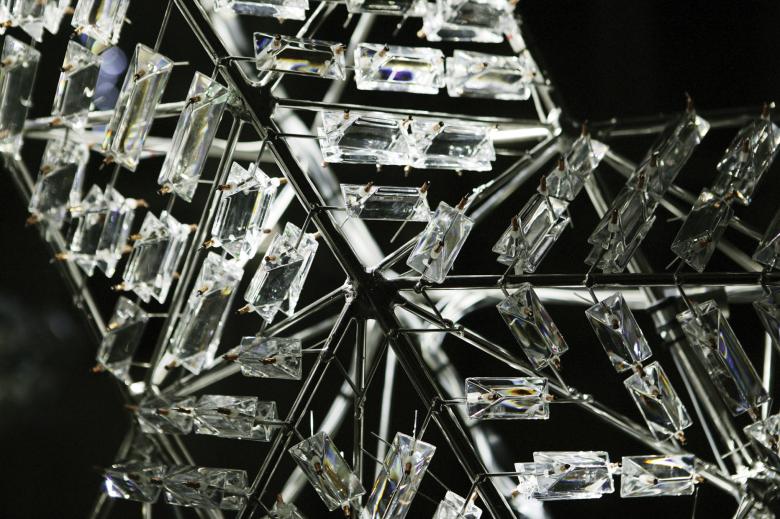 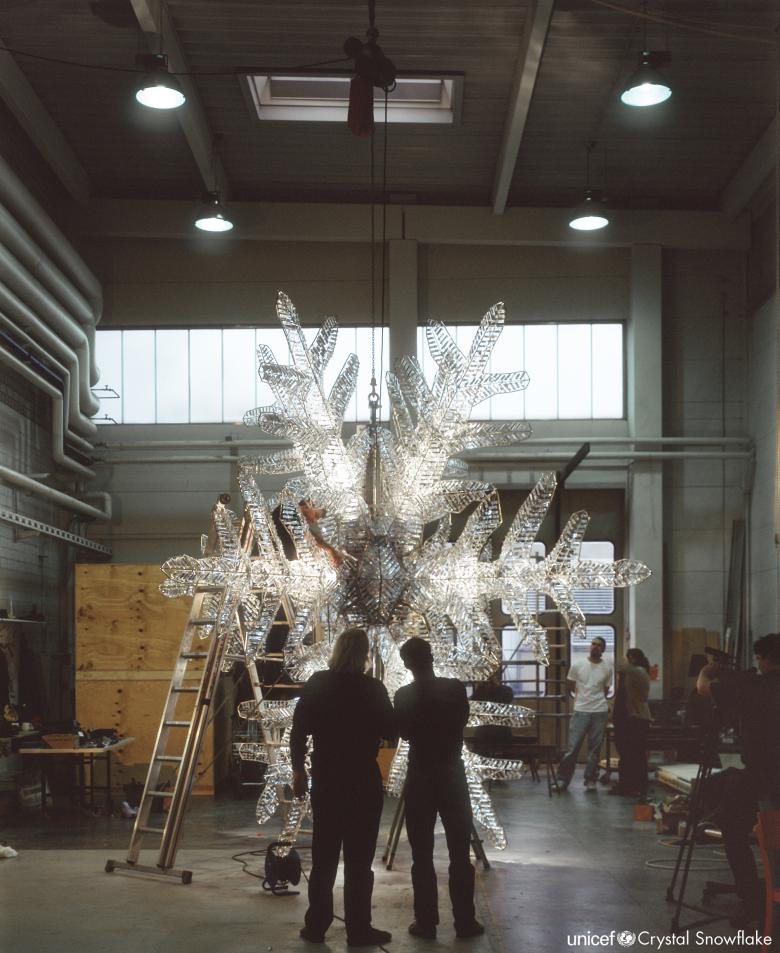 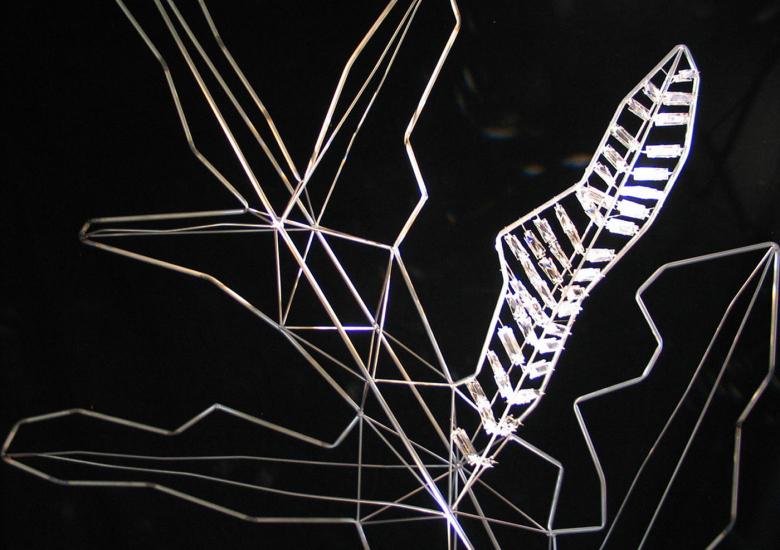 During the past months, my team and I have been intensively occupied
with the project UNICEF Crystal Snowflake. The invitation by the United
States Fund for UNICEF to re-design the traditional symbol meant a big
surprise and also a great joy and honour for us.
To design and produce the Unicef Crystal Snowflake was one of the biggest
challenges in my career, it involved not only creativity but extensive technical
engineering and a lot of handcraft, not to forget months of intensive labour,
often seven days a week – but everyone was most happy to contribute as
much as possible to the noble cause of UNICEF.
We created a three-dimensional twelve-arm sculpture and customized
a fantastic lighting structure out of stainless steel, light, and more than
ten thousand sparkling crystals. 125 permanent and 300 flashing high
power LEDs (Light Emitting Diodes) were used. The work is non-profit.
I suggested to invite the well-known French company Baccarat to participate
in the work by providing the crystals.
The result is a gigantic snowflake of five meters in height and five meters
in diameter, weighing 650 kg. The festive inauguration will take place on
November 18, 2004. In the years to come, it will be installed at the intersection of Fifth Avenue and 57th Street for the holiday season.

Other Projects by Ingo Maurer GmbH