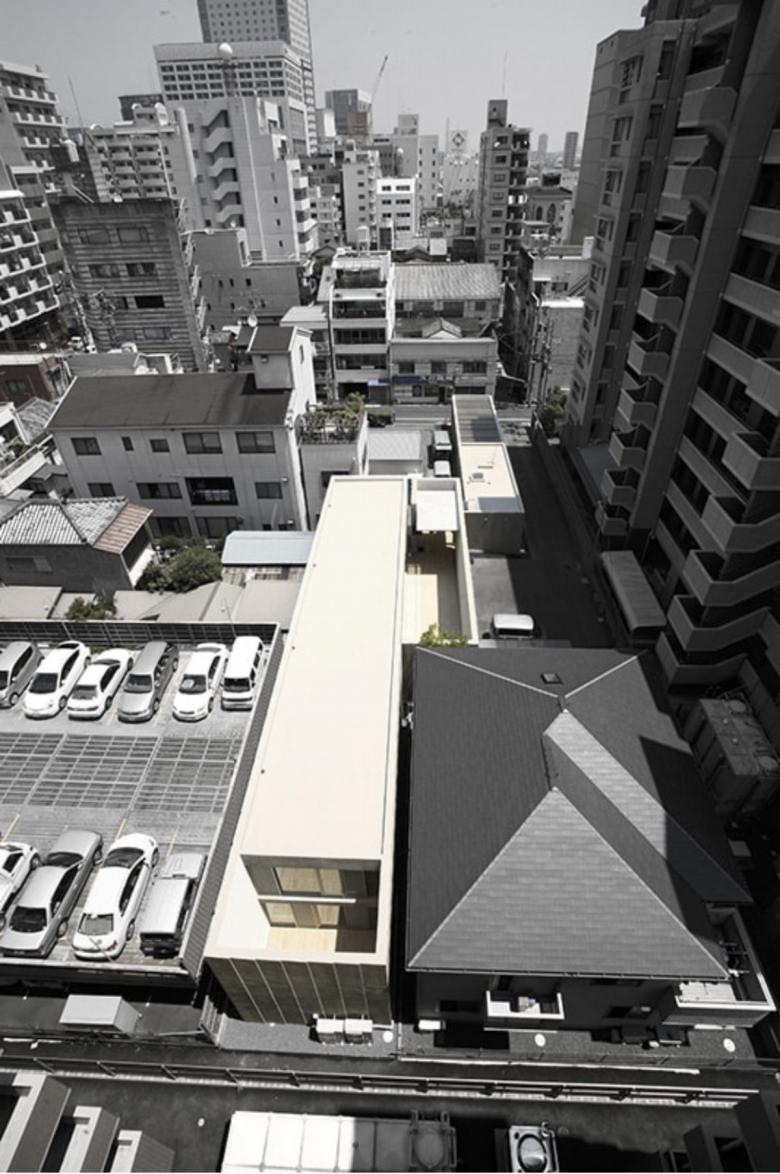 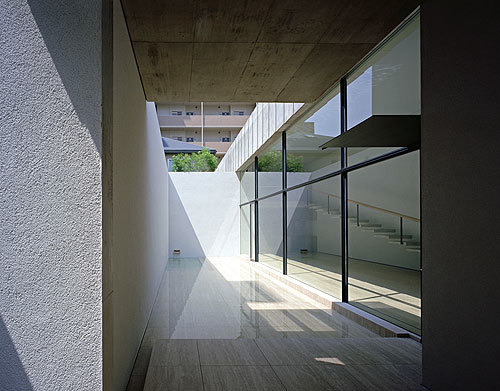 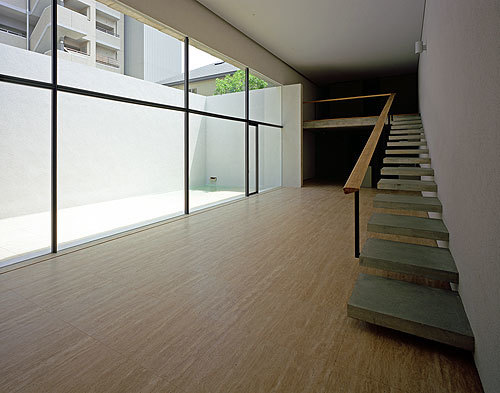 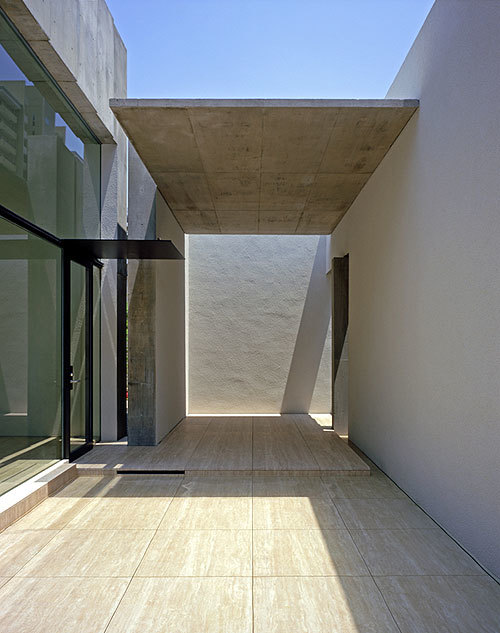 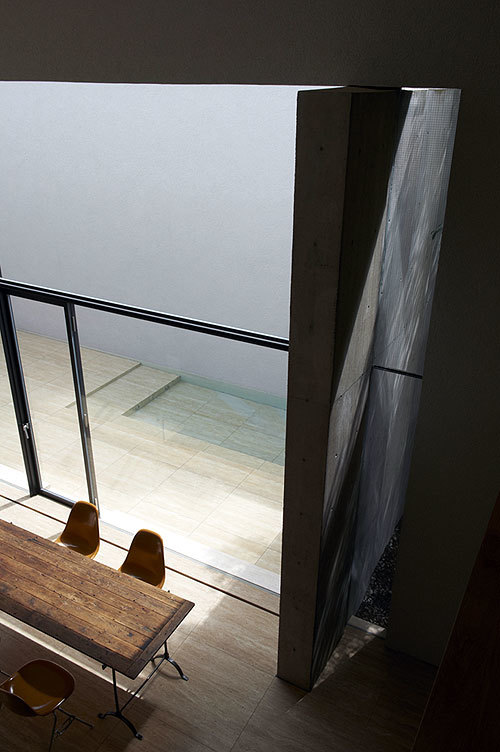 The site is long and narrow, running fifty meters north and south at four to five meters in width, switching back twice. Located in the center of a prominent city that serves as its prefectural capital, it is densely surrounded by mid- to high-rise reinforced concrete buildings as part of a fire prevention zone. The site presented itself as a valley amidst the mountainous residential structures surrounding it. What we were attempting was to regard the existing urban features as a landscape in which, by way of architecture that enhances the topological characteristics of the area, a qualitatively more optimal environment could be realized.
Our design approach was simple. Three stretches of rugged reinforced concrete walls of differing heights, low, medium, and tall, were juxtaposed within one another, conforming to the unusual outline of the site, substantiating its valley-like attributes, and creating a terrain suited to a permanent residence; a transitory structure that enforces a new topology on the permanent environment, protecting the living domain from external noise and gaze, while maximizing the limited sunlight available from above. The north-south expanses give rise to three elongated apertures that establish open areas. The white-plastered interior is segmented, the midsection functioning as a light court containing a shallow pool, with adjacent dwelling rooms on either side. The spaces remain purposely open-ended. These “frayed ends” produce two areas of emptiness that infiltrate the three functional regions of the house. The perceived effect is one of expansion, counteracting the narrowness of the building imposed by the constraints of the site. The overlapping of discrete areas via these voids creates a mixture of spatial sequences, furthering the impression of passage through a valley.
In addition, the “frays” that constitute the endpoints of these spaces counterbalance the physicality of the mass of concrete that faces them, facilitating its intervention in the space. With this physicality at its core, a sense of “place” suffuses the contours of the interior, overlaying the void spaces, completing them, and establishing an environmental “unevenness” that introduces functions that can’t be solely born out of neutral space, perhaps offering residents a feeling of ease and attachment to the dwelling that nourishes their psychological orientation within it. The frays slightly disrupt the borders of the site, as well as the distinctions between inside and out, and they promote an atmosphere of shared presence amongst the residents. This architecture, which doesn’t seek to draw itself apart from the surrounding city, possesses an open-heartedness that is also imparted by these “frayed ends”.
When I returned to the residence one morning a month after completion for a photo shoot, I spotted a wild bird bathing in the courtyard pool. It would seem that to a bird, human architecture is no different from a rocky mountain perch or a stream in the valley. The principle issue is whether it is a good place or not. It is similarly and fundamentally true of humans and all living things. The significance to us of any given open space, as based on social acknowledgment, may change in meaning as culture changes. But the innate recognition of a “good place” will maintain its universality over time, unless there is a change in our physical bodies. It was at that moment that I grasped that what we had been striving for was a “new urban topology” that would exist not merely as the containment of open “space”, but as a life-generating “place”.