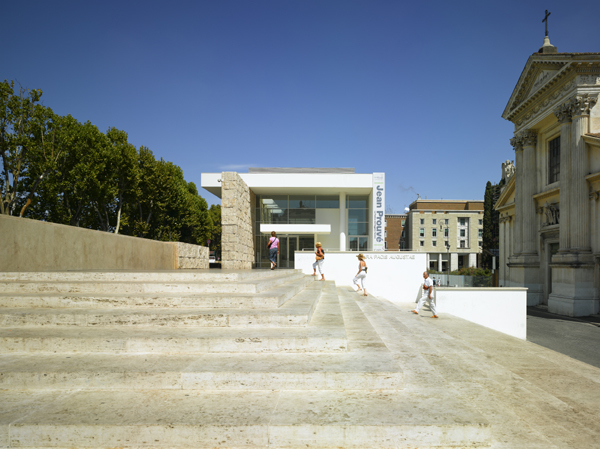 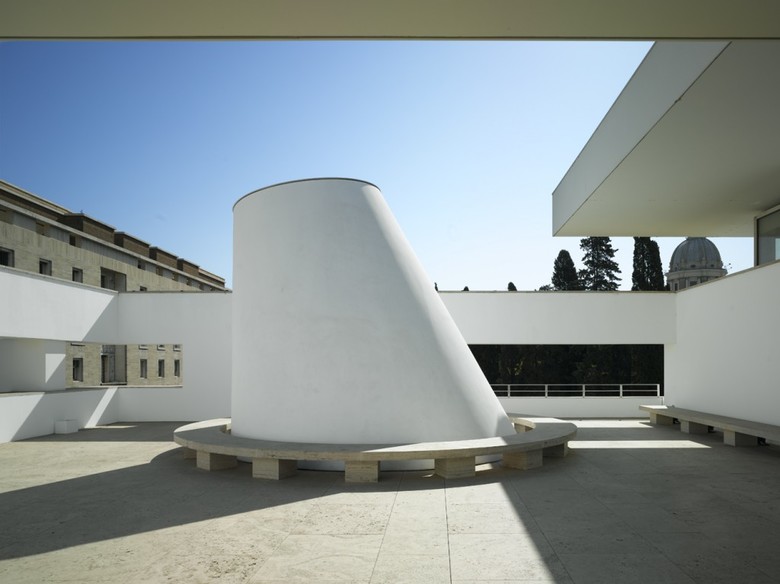 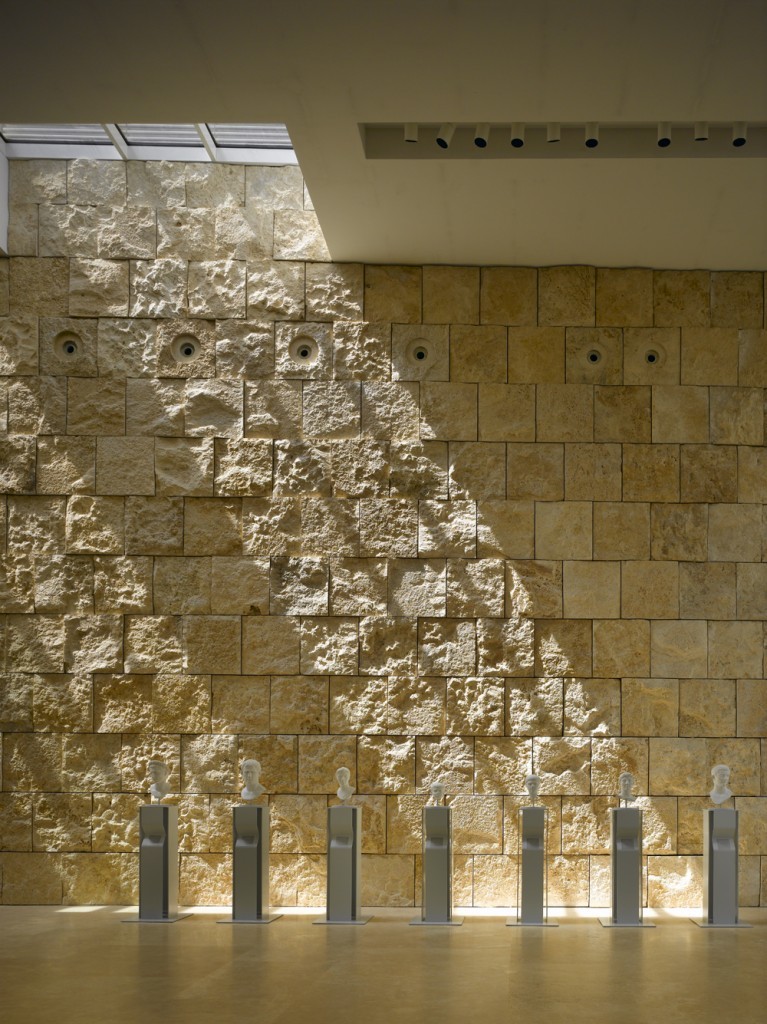 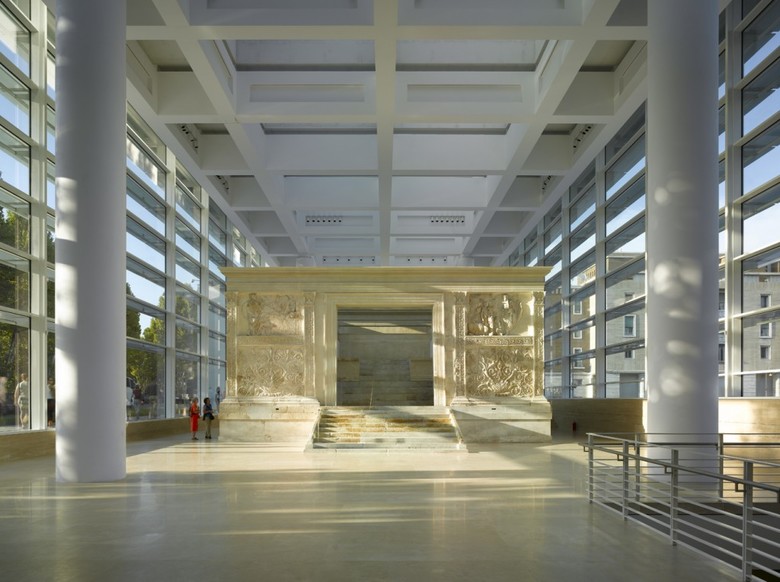 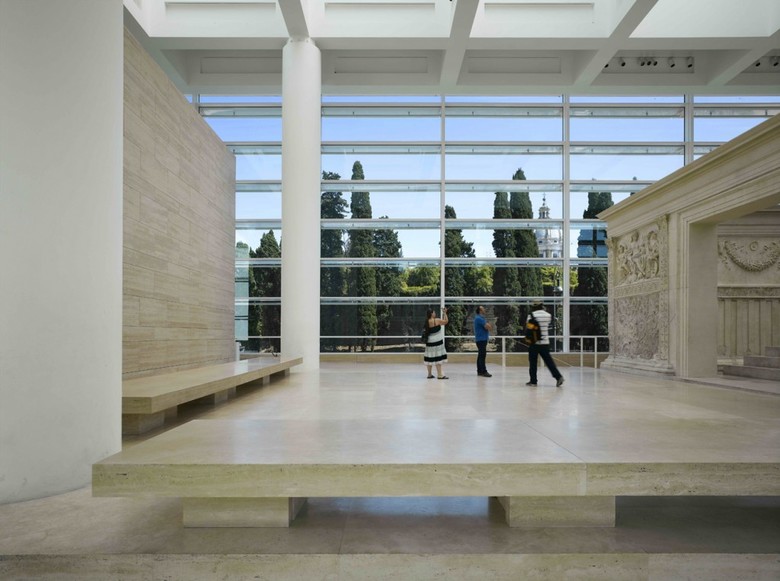 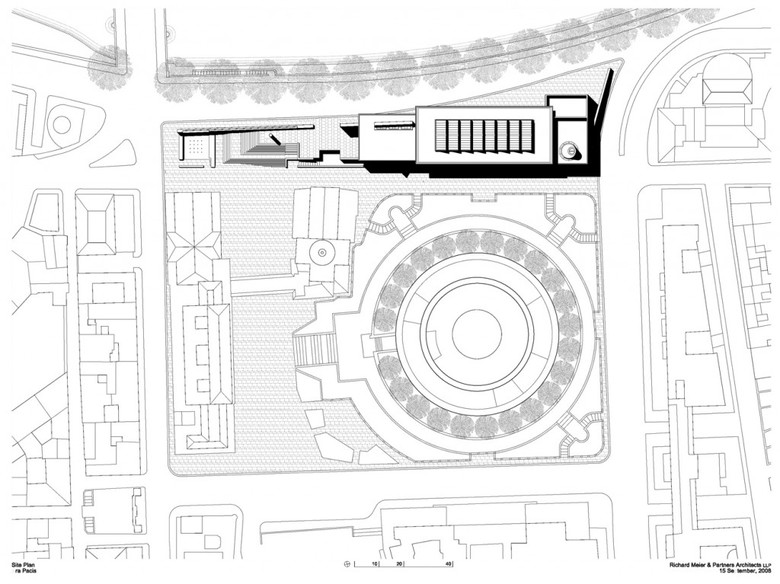 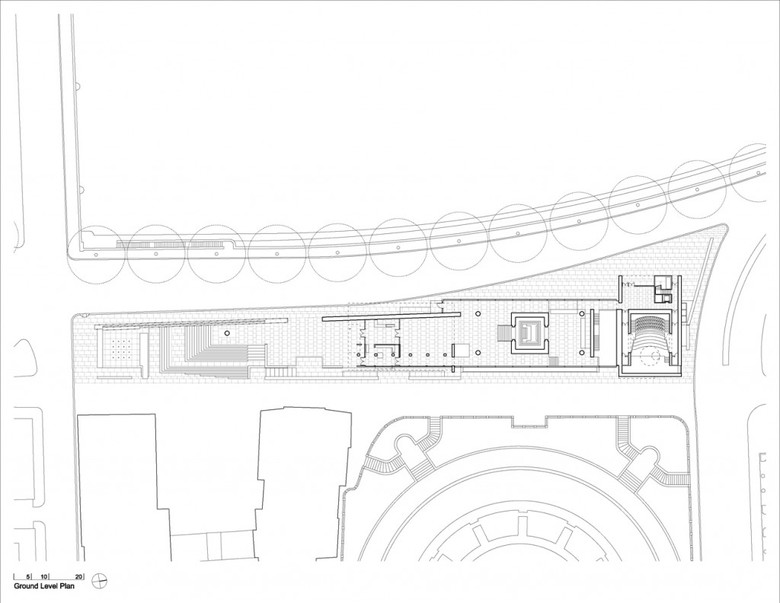 This museum on the bank of the Tiber River has been designed as a renewed setting for the Ara Pacis, a sacrificial altar dating to 9 B.C. and now located on the western edge of the Piazza Augusto Imperatore. Planned as part of an effort to protect Rome’s cultural legacy, the new structure replaces the monument’s previous enclosure, which was in a state of advanced decay. The structure consists of a long, single-story glazed loggia elevated above a shallow podium providing a transparent barrier between the embankment of the Tiber and the existing circular perimeter of the mausoleum of Augustus, built circa 28 B.C.

The altar was relocated from the Campo Marzio in 1938 during the Mussolini era, and a system of regulating lines was applied to the project to relate the altar’s present position to its original site. Bisecting the distance between the present center of the mausoleum and the original site yielded a four-square urban grid that was used as a proportional frame to reorganize the piazza and its surroundings. An artificial obelisk is used as a historical reference on the north-south axis through the altar.

The clarity of the volumes and the building’s proportions relate in scale to Rome’s ancient structures. A predominating feature of the new building is a glass curtain wall measuring 150 feet long and 40 feet high.

The asymmetrical entry hall, defined by seven slender columns in reinforced concrete finished with white waxed marble plaster, leads to the main hall, which houses the Ara Pacis. The contrast between the subdued lighting of the entrance space and the expansive top-lit and rigorously symmetrical main hall encourages a naturally progressive circulation. The roof over the main hall rests on four columns with skylights to maximize natural lighting and to eliminate “false shadows.” Outside the main structure, a low travertine wall extending from within the main hall traces the ancient shore of the Tiber River. Building materials include glass and concrete and an indigenous fine beige Roman travertine.

Although housing and protecting the ancient altar was the main focus of this museum, the building also provides space for temporary exhibitions and installations dedicated to archaeological themes and a state-of-the-art digital library of Augustan culture. An outdoor roof terrace above the auditorium functions as an essential part of the circulation of the museum and includes a contiguous bar and café with views over the Mausoleum of Augustus to the east and the Tiber River to the west.