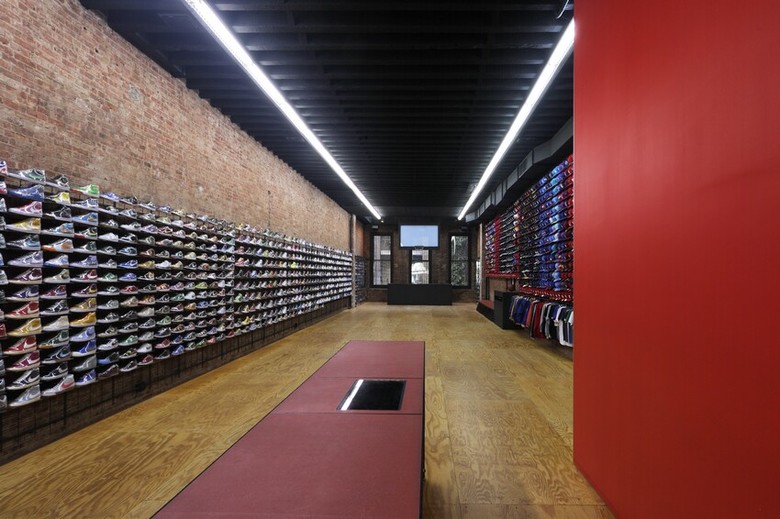 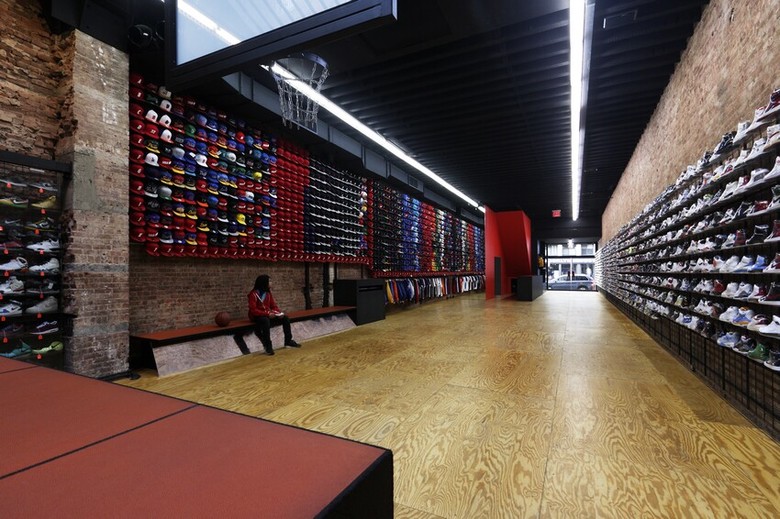 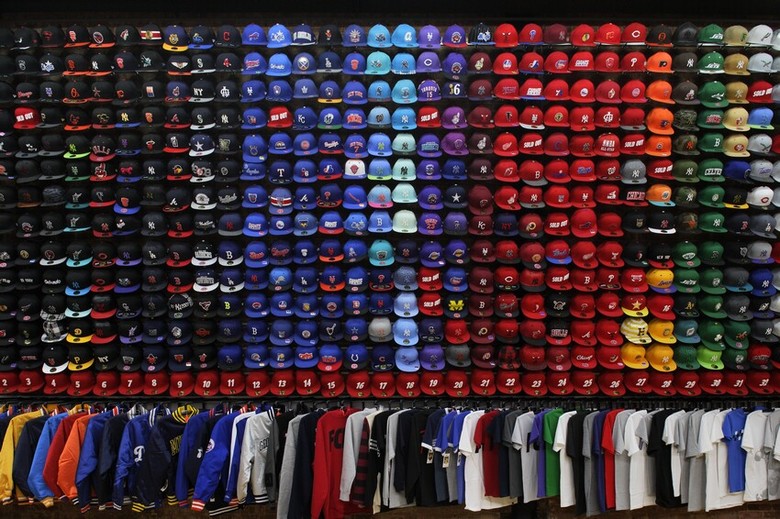 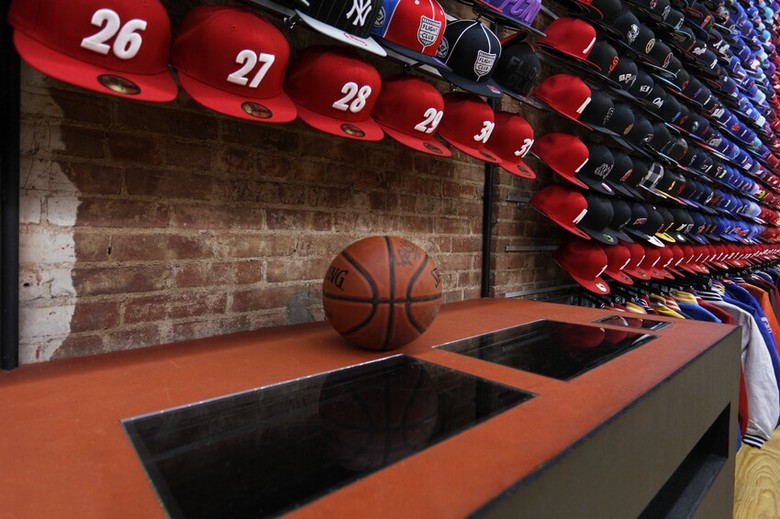 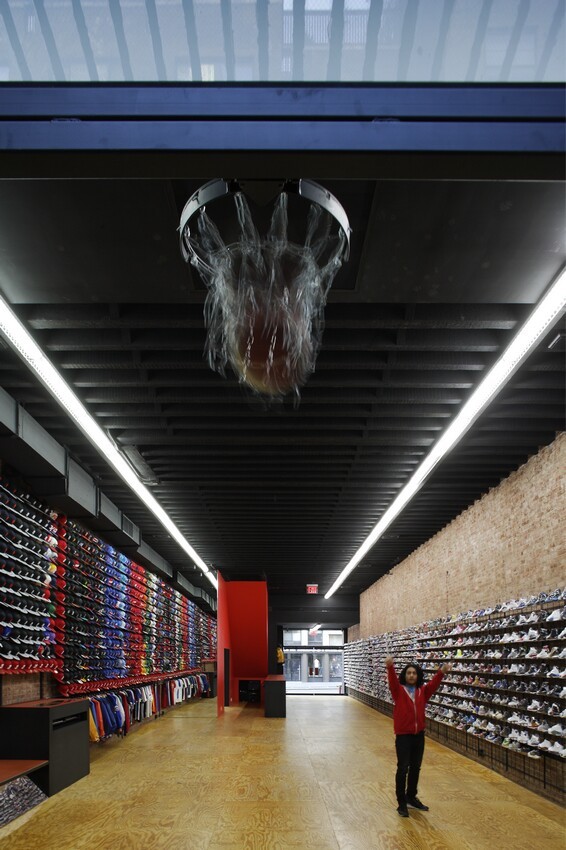 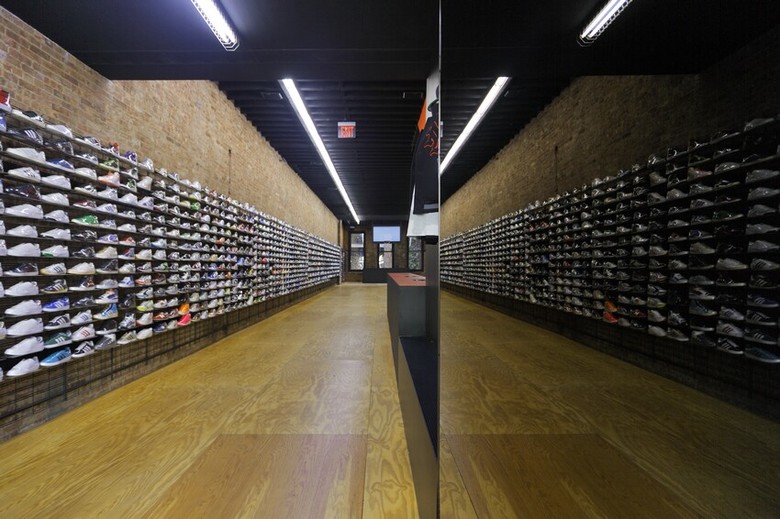 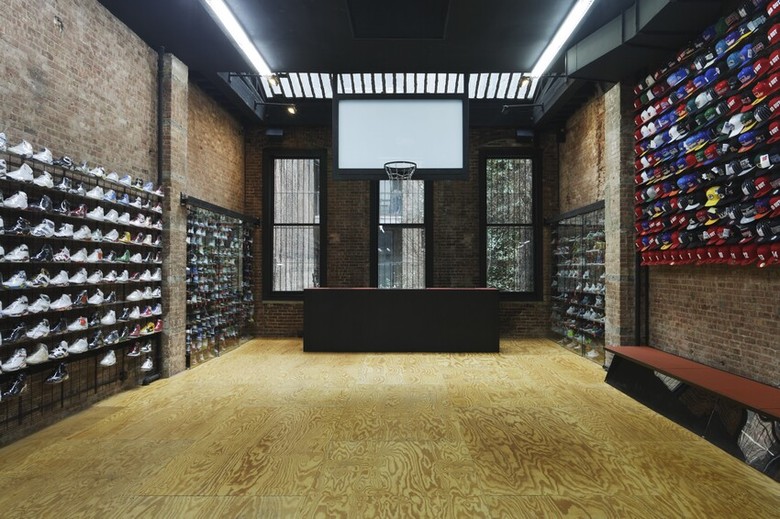 Flight Club is regarded as a Mecca for sneaker collectors and urban fashionistas around the world.  Our charge was to design a flagship store in an existing loft building in New York City’s Greenwich Village.

Our goal was to create a clean, authentic urban space within the existing shell of the building. We also wanted to reference urban recreational spaces like basketball courts, handball courts, and playgrounds as well as the urban spaces that skaters, bikers, stickballers and others appropriate for recreation and sports.

We also liked this from an environmental point of view- minimizing the amount of new material we used.

We wanted to use materials as efficiently and simply as possible. Using the existing infrastructure as the backdrop was a great starting point. The other given material was the product. Sneakers, t-shirts and hats are inherently colorful and tactile. We used these as the foreground in the space.  They are treated almost as architectural elements. The wall of sneakers comes right out to the street creating a perspective of color from the front to the back. The façade was designed to become an absence of façade presenting the product almost immediately to the street. Two large glass pivot doors define the exterior enclosure which is recessed back from the street to create an open frame between interior and exterior spaces. Because the doors are full width the entire opening can literally be open in good weather.

A custom backboard and hoop doubles as a projector screen during store hours. After hours, the owners, staff and friends play on the court- continuing the cycle of appropriation.

Other Projects by Slade Architecture