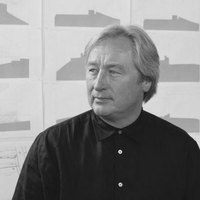 Steven Holl was born in 1947 in Bremerton, Washington. He graduated from the University of Washington and pursued architecture studies in Rome in 1970. In 1976 he joined the Architectural Association in London and established STEVEN HOLL ARCHITECTS in New York City. Considered one of America's most important architects, Steven Holl is recognized for his ability to blend space and light with great contextual sensitivity and to utilize the unique qualities of each project to create a concept-driven design. He specializes in seamlessly integrating new projects into contexts with particular cultural and historic importance.

Steven Holl has realized cultural, civic, academic and residential projects both in the United States and internationally. Notable work includes Linked Hybrid in Beijing, China (2009), the Kiasma Museum of Contemporary Art in Helsinki, Finland (1998), Sarphatistraat Offices, Amsterdam (2000) and Chapel of St. Ignatius, Seattle, Washington (1997). Some of Steven Holl Architect’s recent work includes the Horizontal Skyscraper in Shenzhen, China; the Knut Hamsun Center in Hamarøy, Norway; and the Herning Museum of Contemporary Art in Herning, Denmark.  In June 2007 the much celebrated addition to The Nelson-Atkins Museum of Art in Kansas City, Missouri opened to the public. Referring to the building as breathtaking Nicolai Ourossoff wrote: “By subtly interweaving his building with the museum’s historic fabric and the surrounding landscape, he has produced a work of haunting power. [..] It’s an approach that should be studied by anyone who sets out to design a museum from this point forward”. (New York Times, June 6th 2007). In the New Yorker Paul Goldberger stated: “The building is not just Holl’s finest by far, but also one of the best of the last generation. [..] Holl has produced as striking and inventive a piece of architectural form [..] and yet it is a serene and exhilarating place in which to view art.” (New Yorker, April 30th 2007)

Recently the office has won a number of international design competitions including the new Institute of Contemporary Art at Virginia Commonwealth University, the new design for the Glasgow School of Art (Glasgow, UK), the new arts building on the University of Iowa Campus (Iowa City, Iowa), the LM Harbor Gateway (Copenhagen, Denmark), and the Hangzhou Oxygen and Boiler Sector redevelopment (Hangzhou, China).

Steven Holl has been recognized with architecture's most prestigious awards and prizes. Most recently, Steven Holl received the first ever Arts Award of the BBVA Foundation Frontiers of Knowledge Awards.  Steven Holl Architects’ LM Harbor Gateway received a 2010 P/A Award, and the Horizontal Skyscraper and Knut Hamsun Center won 2010 AIA NY awards.   The Linked Hybrid received the AIA NY 2008 Sustainable Design Award.   The Nelson-Atkins Museum in Kansas City received the AIA 2008 Honor Award.  In 2003 he was named Honorary Fellow of the Royal Institute of British Architects (RIBA). In 2002 the Cooper Hewitt National Design Museum, part of the Smithsonian Institute, awarded him their prestigious National Design Award in Architecture. In 2001 France bestowed the Grande Médaille d'Or upon him, for Best Architect of the Academy of Architecture; and in the same year Time Magazine declared him "America's Best Architect" for his 'buildings that satisfy the spirit as well as the eye'.

Steven Holl is a tenured Professor at Columbia University's Graduate School of Architecture and Planning. He has lectured and exhibited widely and has published numerous texts including Anchoring (1989), Parallax (2000), Idea and Phenomena (2002), andLuminosity/Porosity (2006). In early 2007 two new books were published; House: black swan theory (Princeton Architectural Press), and Architecture Spoken (Rizzoli). Most recently published was Urbanisms: Working With Doubt (Princeton Architectural Press, 2009).Steven Holl is a member of the American National Council of Architectural Registration Boards (NCARB), the American Institute of Architects, the American Association of Museums, the Honorary Whitney Circle, the Whitney Museum of American Art; and the International Honorary Committee, Vilpuri Library, of the Alvar Aalto Foundation. 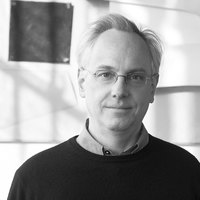 Chris McVoy has been with Steven Holl Architects since 1994 and was made partner in 2000.  He is responsible for overseeing the projects in the New York office. He received his Bachelor’s Degree in Architecture from the University of Virginia and his Masters of Architecture from Columbia University. He was honored with a Guggenheim Studentship in 1985; a William Kinne Travel Fellowship and an American Scandinavian Foundation Grant.

Completed projects as Partner in Charge include the Nelson-Atkins Museum of Art, Kansas City, MO and the Whitney Water Purification Facility and Park, Connecticut.