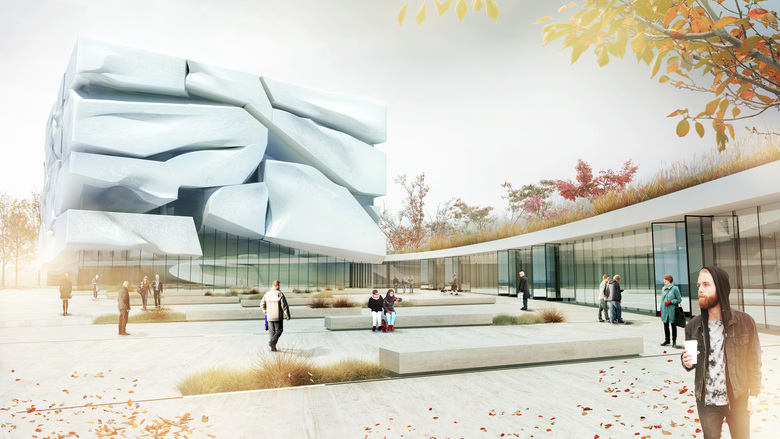 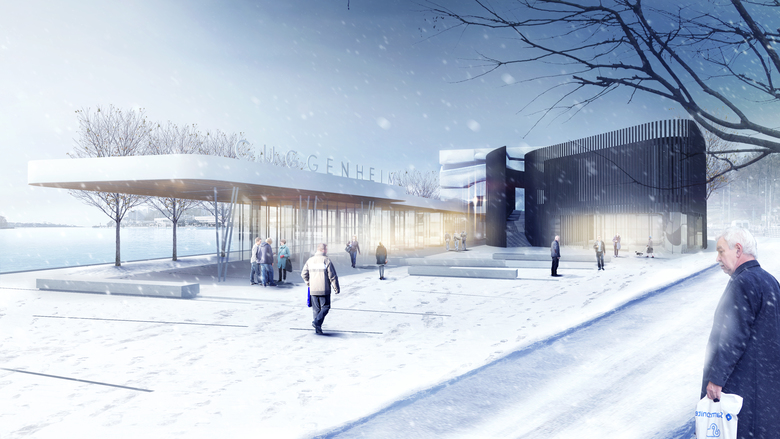 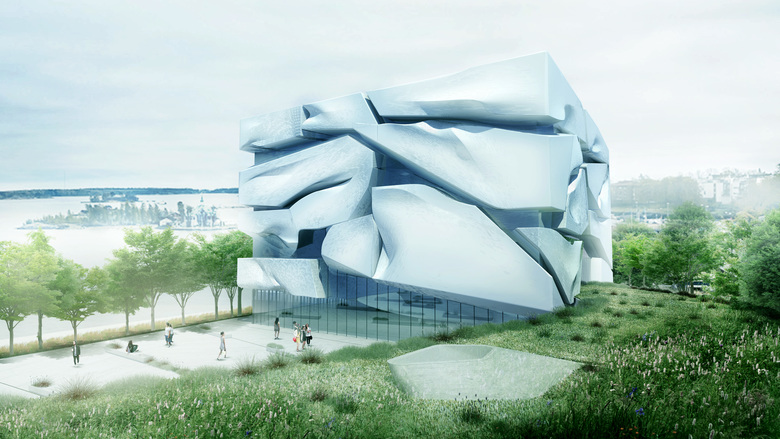 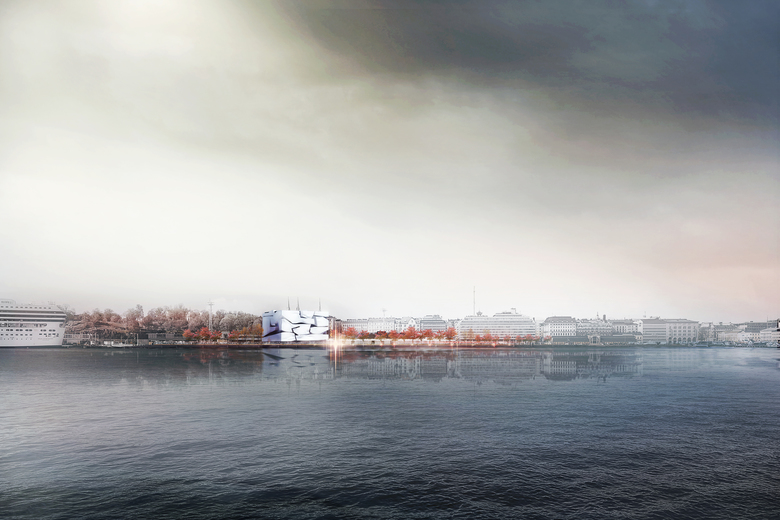 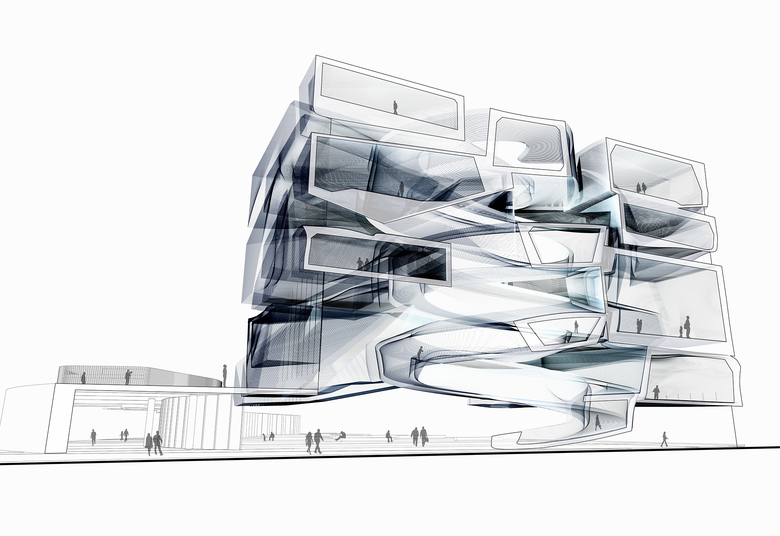 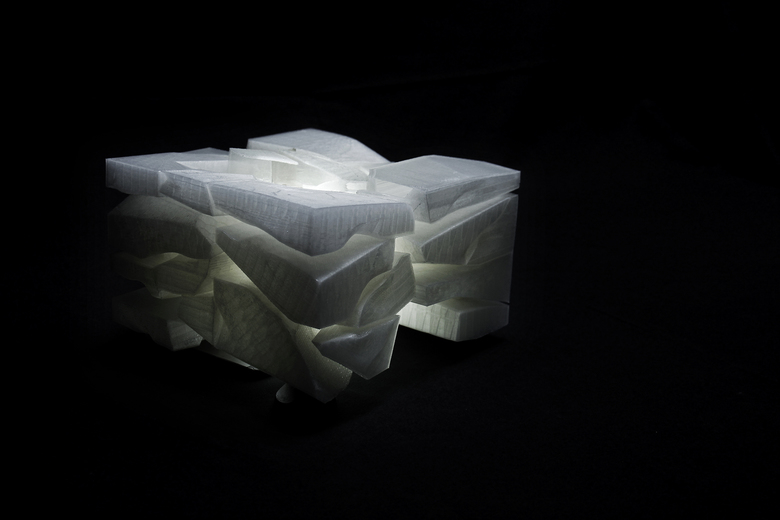 The design of the new Guggenheim for Helsinki is a study in counterpoints: between the more traditional values of Finland and the more progressive values of Helsinki, between materials and between technologies. Contrast is also explored through the three distinct architectural components that make up the project, The Grand Hall (cluster of galleries), The Spine Gallery and The Black Box.

Key design elements of openness and porosity permeate the complex referencing Nordic ideals. The design acts not as a barrier, but as a filter. Visual access to, from and through the site is always maintained. The museum is an integral part of the waterfront, the scale, proportion and placement of the building components is in keeping with the neighboring buildings. The Northern portion of the site is a public plaza, an inviting social space that draws people from the city center preserving the relationship with the surrounding area. The new Guggenheim functions as an urban connector, extending the city limits to the water’s edge and uniting the historic center with the park Tähtitornin vuori. The design maintains access to the harbor and allows 1/3 of the site to be retained by the public as open green space.

Other Projects by Tighe Architecture