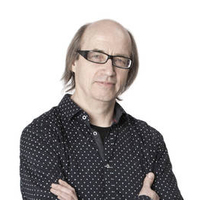 Matthias is one of company founders and today an internationally recognized visionary who introduced the concept of integrated design and climate engineering in Germany. As a dedicated engineer he is driven by continuous curiosity always searching for optimum and the most innovative solution. The deep respect and understanding of architectural design process strongly influences his collaboration with architects. Matthias aims for the most comfortable, ecological, economical and high-value built environments for living and working and sees climate engineering as an attitude respecting both people and nature. After twenty years of experience in developing unique climate concepts for countless buildings throughout the world, Matthias sees his new challenge in finding the right holistic approach supporting sustainable urban development - climate engineering on an even wider scale.

Since 2008 Matthias is Adjunct Professor for Environmental Technologies at the Graduate School of Design, Harvard University, Cambridge. 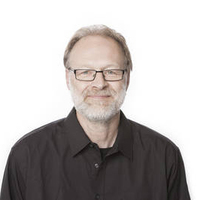 Stefan leads Transsolar’s Munich team with his wide background in high-comfort, low-impact building concepts. He has developed many innovative energy and building service concepts for projects around the world. He joined Transsolar after having researched on solar energy storage systems and building integration in Munich. Stefan has collaborated with world known architects on numerous international design projects and competitions. He directed the team for Bangkok Airport, the companies first international large scale project, from the very first innovative concept ideas to final commissioning of the buildings integral concept on site. Stefan has significantly contributed to the companies building and system simulation tools and directed the software development team for several years. He has been giving lectures at the Universities of Stuttgart and Biberach and is frequently lecturing at international conferences on sustainable design and integral planning.

Thomas has developed innovative energy and building service concepts for projects around the world and is known for his integral contribution to signature architecture. His career began during Transsolar’s infancy and his outstanding engineering aptitude and leadership qualities quickly elevated him to a leadership position. His collaboration with world reknown architects on numerous international design projects and competitions have resulted in milestones in Transsolar’s history.  Manitoba Hydro Place, an office tower in downtown Winnipeg, Canada, is considered one of the most energy efficient high rise buildings in North America. Thomas has also developed strategies for carbon neutral urban developments such as the Toronto Lower Don. His interest in urban developments led to cofounding the initiative Future City Lab. This internet platform allows experts, students and clients as city governments to connect with the goal to develop potential scenarios for the cities in 2050.

Thomas lectured at Yale University School of Architecture until 2009 and is now at the Ryerson University in Toronto. He has been visiting lecturer at UCLA, ESA in Paris and the University Sassari Sardinia. 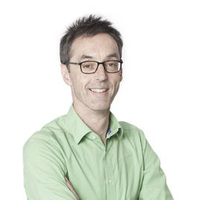 Volkmar is one of the leaders of Transsolar’s Stuttgart team with his wide background in high-comfort, low-impact building concepts. Since 1992 he has developed many innovative energy and building service concepts for projects around the world.  He is Professor at the University  of Applied Sciences in Stuttgart and is frequently lecturing at international conferences on sustainable design and integral planning and other universities. Volkmar works also as an consultant for the DGNB (Deutsche Gesellschaft für nachhaltiges Bauen) in the matter of comfort. 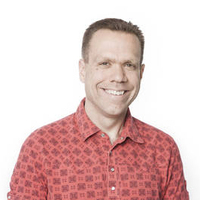 Erik leads Transsolar’s New York team with his diverse background, rigorous technical approach, and passionate focus on high-comfort, low-impact environments.  His strong communication abilities foster deep collaboration with clients, architects, and other engineers worldwide.  Erik has developed concepts ranging from the completely passive Raising Malawi Academy for Girls to the groundbreaking Angelos Law Center at the University of Baltimore.  His prior experience as both a consulting mechanical engineer and director of the City of Chicago’s Green Permit Program informs his broad perspective on the design process.   Erik has lectured at universities including MIT and University of California, Berkeley and has served on local and national U.S. Green Building Council committees.