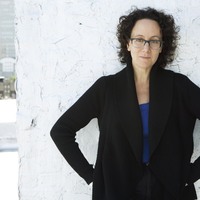 Claire Weisz, FAIA, is a Founding Principal of WXY, an award-winning architecture and planning firm with a focus on innovation in the design and planning of buildings, public spaces, and cities. WXY’s work in the emerging areas of resiliency, infrastructure, and public space has resulted in such projects as the SeaGlass Carousel, the newly rebuilt Rockaway Boardwalk, Rebuild by Design’s Blue Dunes, and the East River Blueway. The New York City-based firm’s projects have been recognized with a League Prize and an Emerging Voices Award from the Architectural League of New York, as well as awards from various chapters of the American Institute of Architects and the American Planning Association. Weisz was on the founding board for The Design Trust for Public Space and its co-executive director. Her firm’s work has been widely published and exhibited, including at the German Center for Architecture DAZ in Berlin and the Center for Architecture in New York. Prior to founding her own firm, Weisz was an associate in the office of Agrest & Gandelsonas for five years. She has lectured at NJIT, Catholic University and at The Architectural League. She has taught and lectured widely, including at Yale University, Columbia University, NYU’s Wagner School of Public Policy, and The Pratt Institute’s schools of Architecture. 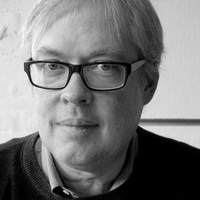 Mark Yoes is a founding principal of WXY and has over 25 years of experience in architecture and urban design. He received his Bachelor of Architecture degree from Rice University and a Master's Degree in Architecture from Yale University. He was the recipient of many academic awards including the AIA Gold Medal and was a winner of the Architectural League of New York's Young Architects Award. He has worked on numerous prominent projects in the United States and Asia with Emilio Ambasz and Associates, the Walker Group/CNI, Agrest & Gandelsonas, I.M. Pei, and The Pei Partnership. Mark Yoes is a registered architect in New York State and is a LEED 2.0 certified professional.

Layng Pew joined WXY as a principal in the summer of 2006, bringing over 24 years of design and project management experience with educational, corporate and residential clients. He earned a Bachelor of Arts in Architecture at Yale College and a Masters at the Yale University School of Architecture. He has specialized in complex and uncommon building types in New York, New Jersey, Connecticut, and the Caribbean. The success of these large projects is in large part due to his ability to forge strong collaborative relationships between international designers and expert craftsmen in a wide range of trades. Layng Pew is a registered architect in the State of New York and has been a member of the AIA since 2001.