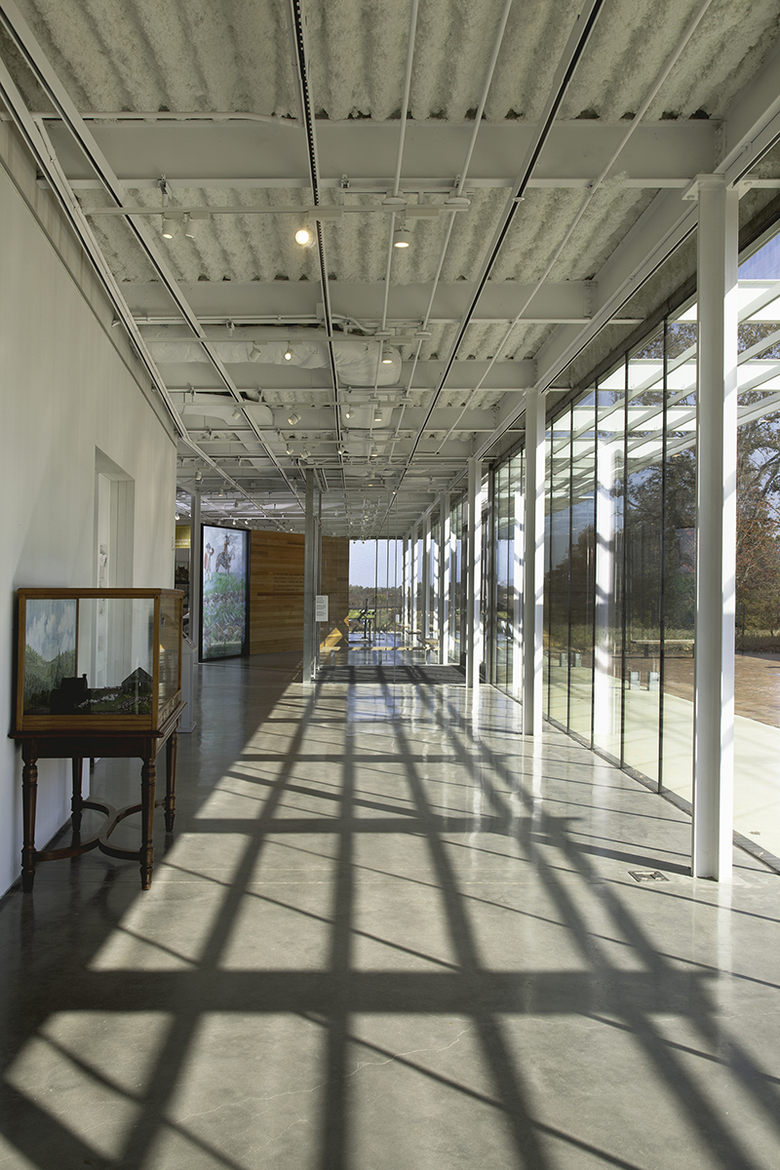 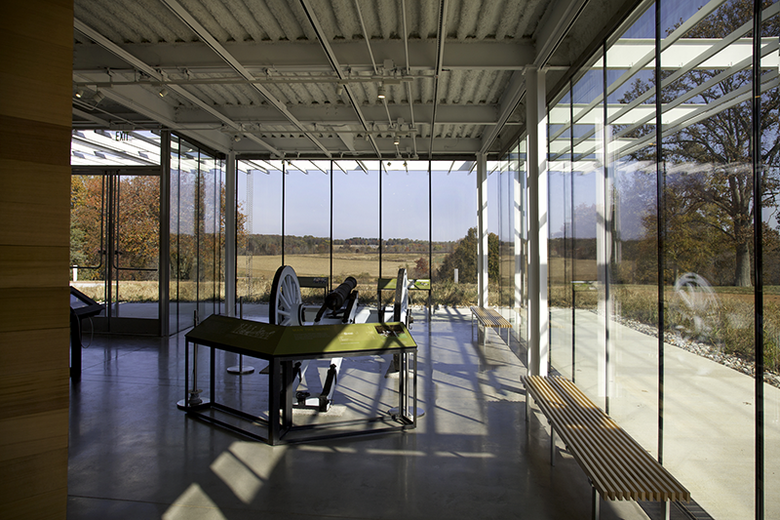 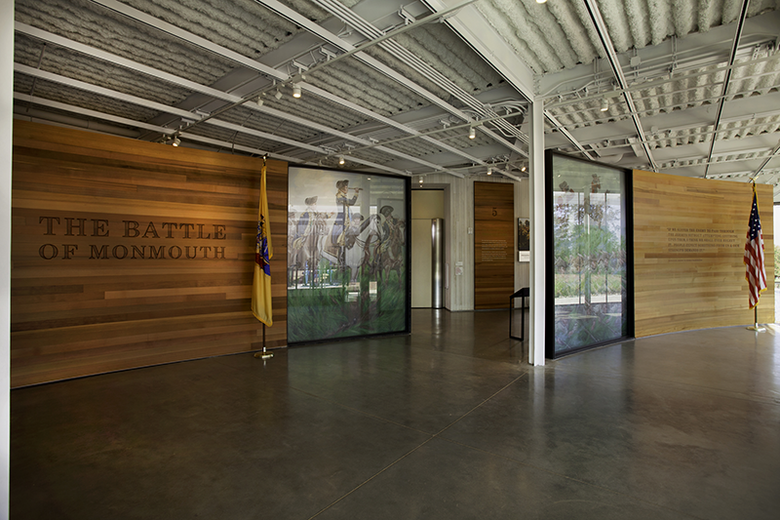 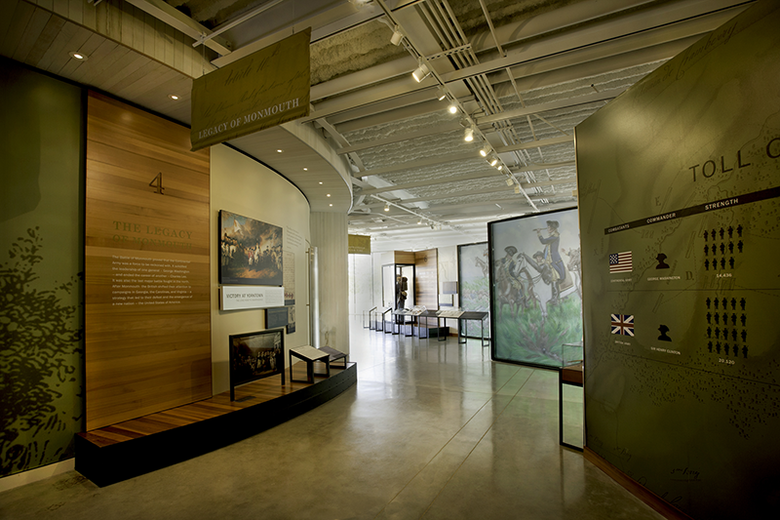 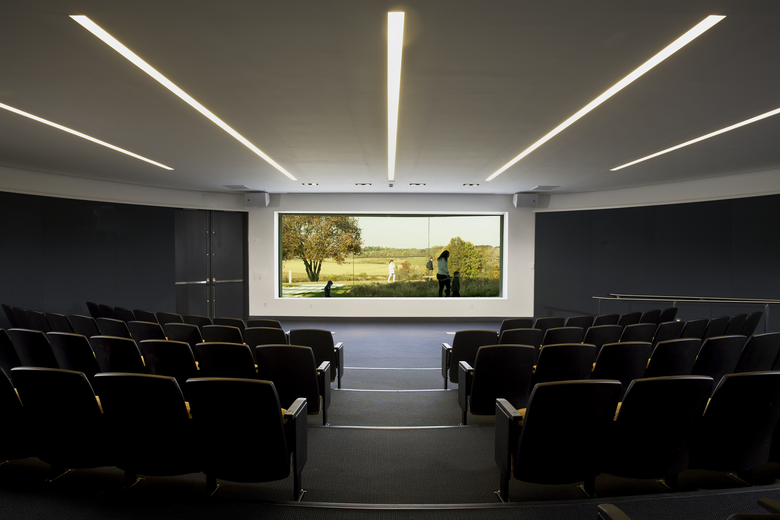 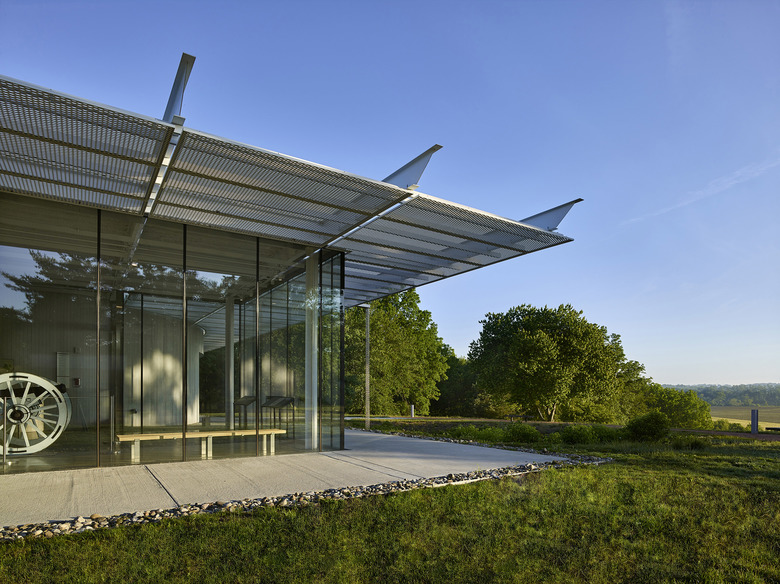 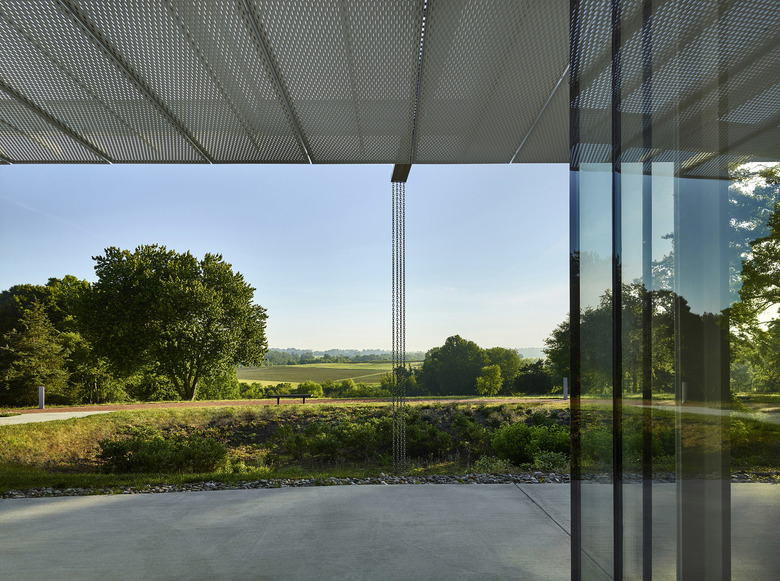 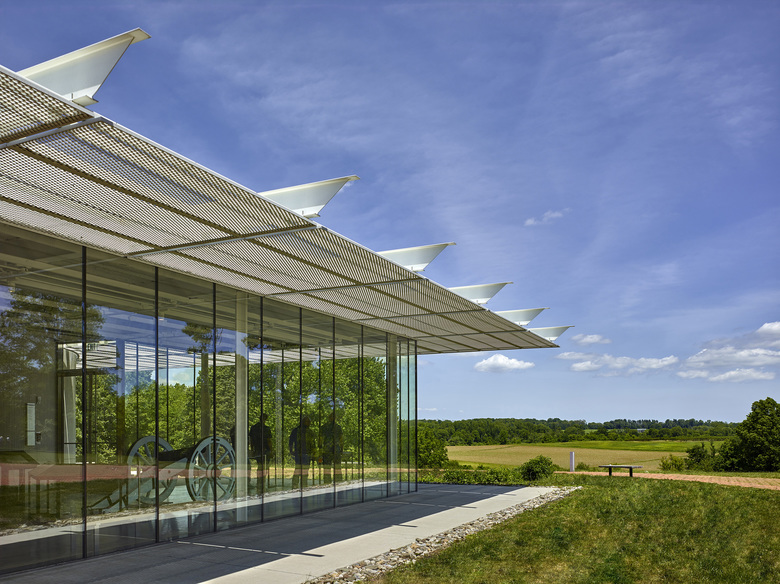 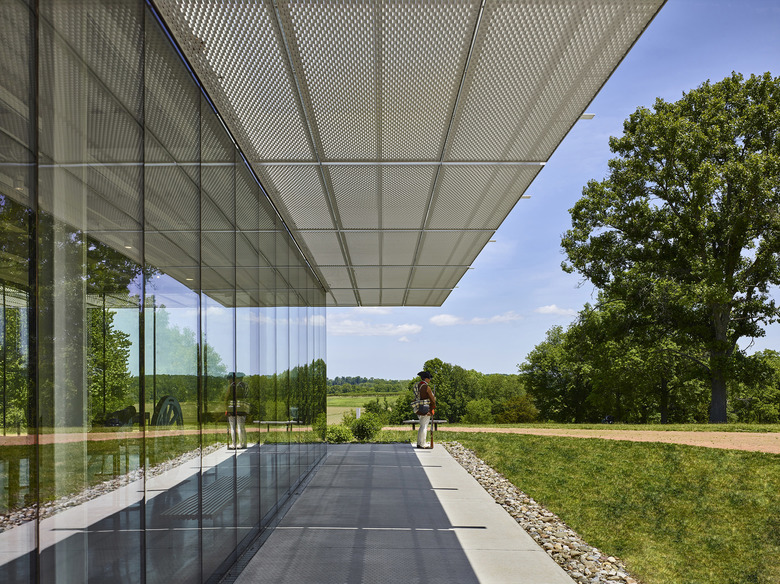 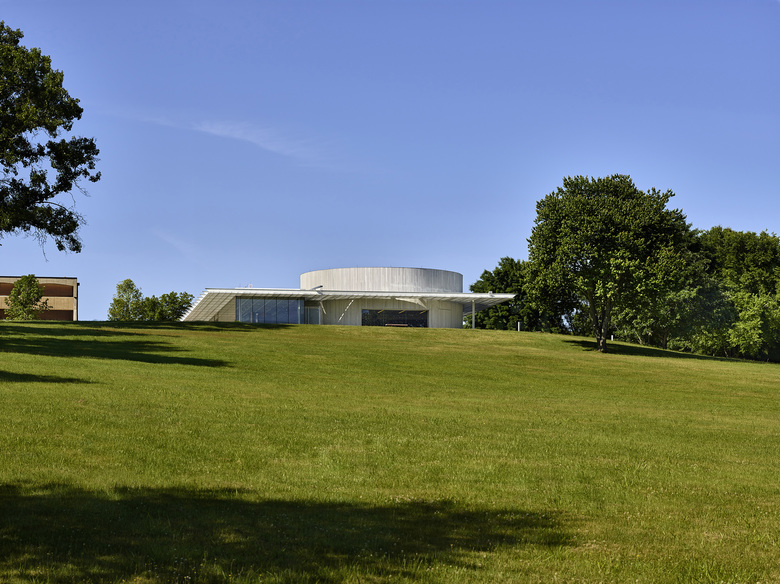 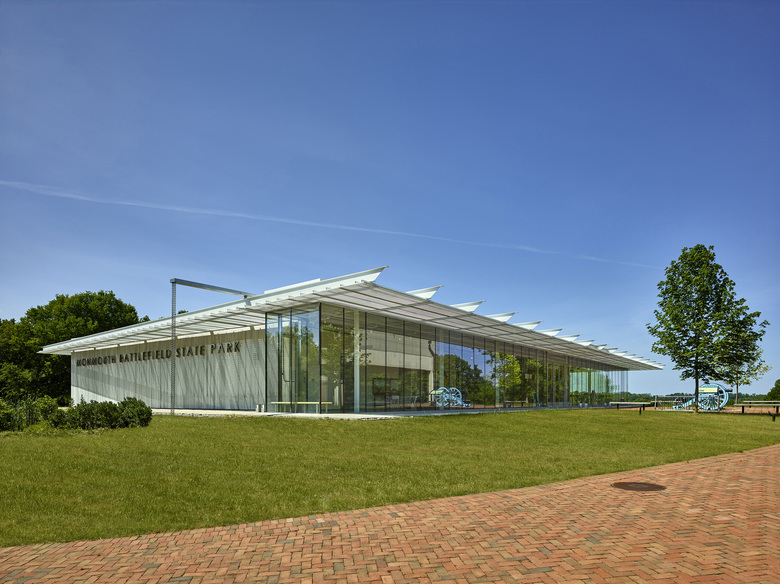 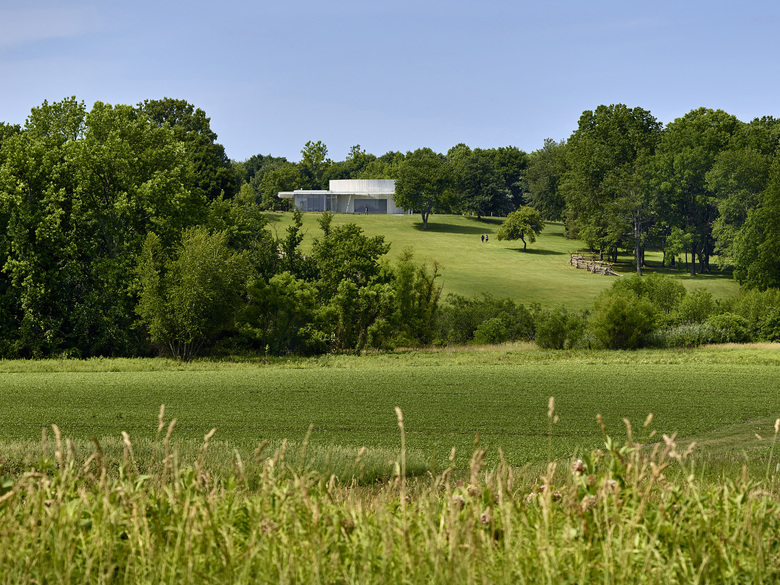 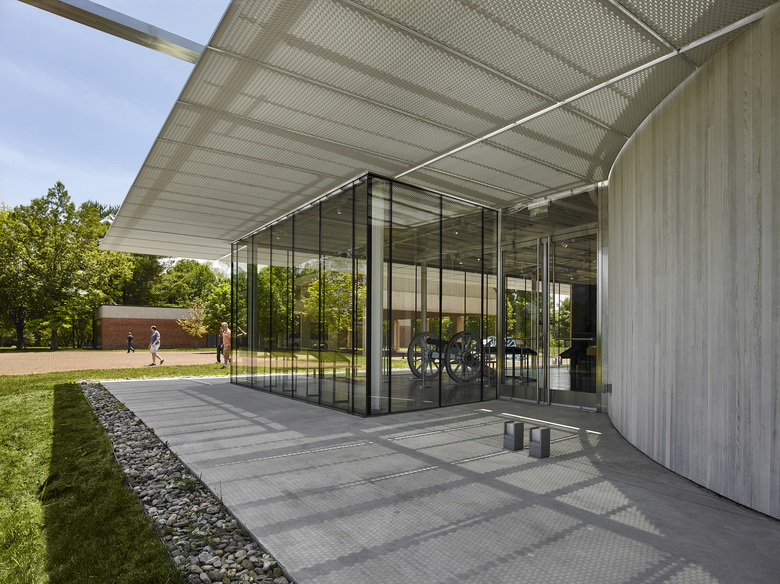 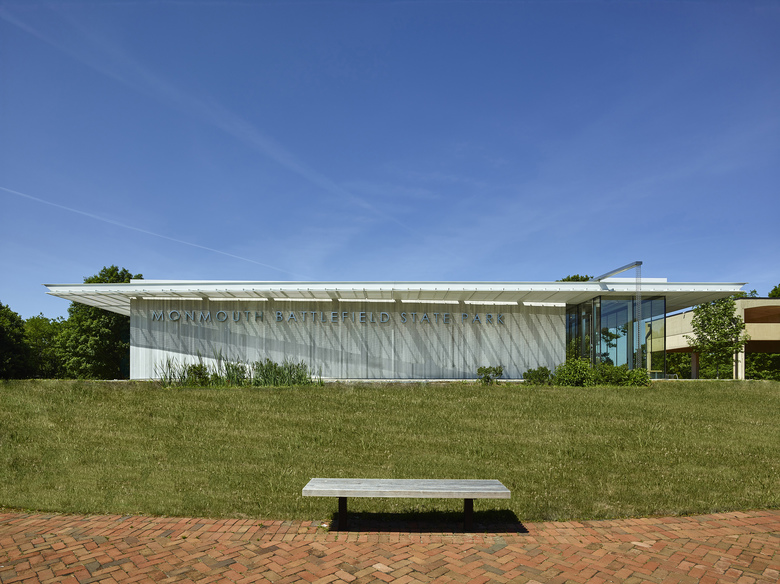 The Monmouth Battlefield State Park visitor center is a renovation and addition to the park’s existing interpretation center which welcomes and educates visitors to the longest battle of the American Revolution. This battle is considered a critical turning point in the American Revolution and is cited as one of General Washington’s brilliant political strategies thus advancing the colonist victory and his ascension to the presidency. This battle is best known for giving us the cultural revolutionary hero, Molly Hayes, commonly known as ‘Molly Pitcher’. Despite the importance of this battle to the American Revolution, very little artifact exists that can be displayed or exhibited. However, it is the landscape of the battlefield that is the most powerful and enduring artifact of the events that lead to the colonist independence. The site for the visitor center is on top of Combs Hill, one of the high points, that overlooks the unspoiled and largely unchanged landscape of the battle.

The concept for the visitor center pays homage to this heroic landscape by integrating the center into the land. The visitor center is conceived as a modern day primitive hut, templar in its siting at the top of Combs Hill, but diminutive in its appearance. Like a floating cloud above the summit, the visitor center is a simple one story flat roofed structure that orients the visitor to the views and creates a ‘steel sky’ of expanded metal mesh above. The mesh is a solar shade around the perimeter of the building and acts as a common expansive ceiling in the exhibition gallery which conceals lighting fixtures and acoustical treatments. The new visitor center is adjacent to the 1976 bicentennial existing brutalist visitor center that is obsolete for contemporary interactive exhibitions. A portion of this structure is removed to make way for the new visitor center and a portion is renovated into the multipurpose classroom and archeological lab space.

In addition to the solar screen around the perimeter of the center, the design incorporates a number of sustainable features that contribute to its LEED Silver certification. The majority of the exterior of the enclosure is triple glazed low-e laminated glazing units permitting the maximum views, but minimizing heat gain and lost. The new visitor center and renovation occur within the bounds of the existing site. Land is not additionally disturbed to commence with this project. The new visitor center and renovated portions of the existing building will be heated and cooled with a geo-thermal system. Rain water is collected on the roof and is channeled into a rain garden feature at the entry to the visitor center. Natural grasses and flora are planted adjacent to the structure to minimize maintenance and to encourage indigenous birds and reptiles to live on top of the hill once again.

School of Business – The Citadel