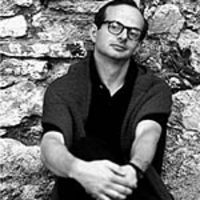 Sandro Marpillero is committed to bring design excellence to fruition through active involvement in all phases of a project. A graduate of the University of Venice and Columbia University, and a Fulbright Scholar, Marpillero has been licensed in Italy since 1980 and New York State since 1990. He is an Adjunct Associate Professor of Architecture and Urban Design at Columbia University since 1994, and has held multiple university teaching appointments at Harvard, Princeton, Yale, University of Venice, University of Toronto, and the University of Pennsylvania. He sits on the Editorial Board of international Architecture magazines. His writings have been widely published in architectural journals including Daidalos, 30/60/90, Ottagono, Lotus International, Rassegna and Casabella. His monograph James Carpenter: Environmental Refractions is published by Birkhauser / Princeton Architectural Press.

Marpillero's in-depth knowledge of architectural practice comes from working first as a principal of a successful European office, then an Associate in a medium-size corporate firm, and later as President of a seven person New York based design company before establishing his independent American firm in 1990, and founding MPA in 1998 as a partner where his current projects include the Elmhurst Library Renovation and Expansion, Queens Plaza Public Spaces, New Stapleton Waterfront Park, and Staten Island Children's Museum Lightweight Structures. His professional experience includes urban design and planning projects, as well as institutional, residential and commercial buildings, spaces and installations in the United States, Italy, Libya, and Japan. His expertise in working with natural and artificial light complements his precise tectonic conception, contributing to the potent spatial qualities of MPA's built work. Marpillero's projects have won awards from the AIA, ASLA, HUD, Wood Design Awards, and EDRA, and received fellowships from the NEA and the Fulbright Program, NYSCA and the Design Trust for Public Space. Projects have been widely published in periodicals including The New York Times, House and Garden, Oculus, Places, Architectural Newspaper, Architectural Record, and books including Contemporary World Interiors, Creating the New American Townhouse, Great Spaces Home Interiors, Contemporary Public Space: Un-volumetric Architecture and On the Nature of things: Landscape Practices in North America.

Linda Pollak, architect, landscape designer, and educator, works with clients and communities to imaginatively formulate and develop projects in relationship to social and environmental concerns with a specific commitment to the role of program. Her firm, Marpillero Pollak Architects, (MPA) is part of the NYC Department of Design and Construction Design Excellence Program, for which current projects include a new 30,000 square library for Elmhurst Queens and new lightweight structures for the Staten Island Children's Museum. MPA is also architect and urban designer for the New Stapleton Waterfront Park in Staten Island and Queens Plaza Bicycle and Pedestrian Improvement Project in Long Island City. Pollak is also working with the Horticultural Society of New York's GreenBranches Program to create Learning Gardens for three NYC Branch Libraries. Projects have been widely published in periodicals including The New York Times, House and Garden, Oculus, Places, Architectural Newspaper, Architectural Record, and books including Contemporary World Interiors, Creating the New American Townhouse, Great Spaces Home Interiors, Contemporary Public Space: Un-volumetric Architecture and On the Nature of things: Landscape Practices in North America.

Honors include fellowships from the American Academy in Rome, the Design Trust for Public Space, the Wheelwright Fellowship of Harvard University, the New York State Council on the Arts, and New York Foundation for the Arts, AIA Honor Awards, including the AIA/HUD Community by Design Award, ASLA Awards, an EDRA/Places Award, a Wood Design Award, the Lady Bird Johnson Wildflower Heritage Award, and winning entries to national and international competitions. Pollak serves on the board of the Storefront for Art and Architecture; has served as juror for international competitions including Orange Country Great Park; as Project Editor for Assemblage Journal. A member of the Harvard Faculty from 1992 to 2004, Pollak has taught design studios and seminars focusing on specialized topics in the relationships between architecture, landscape, and city, including geography, and techniques of representation. She is co-author of Inside Outside: between architecture and landscape and author of numerous essays in books and journals, including Praxis, Lotus International, the Landscape Urbanism Reader and Large Parks.