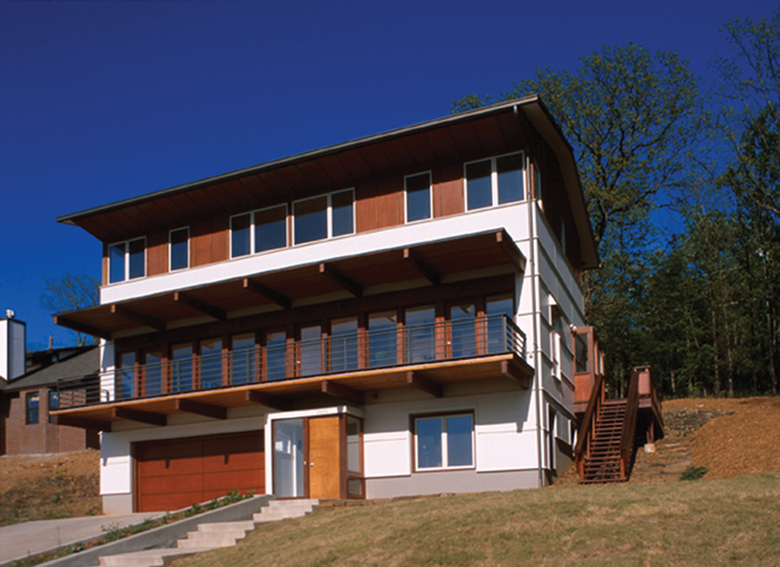 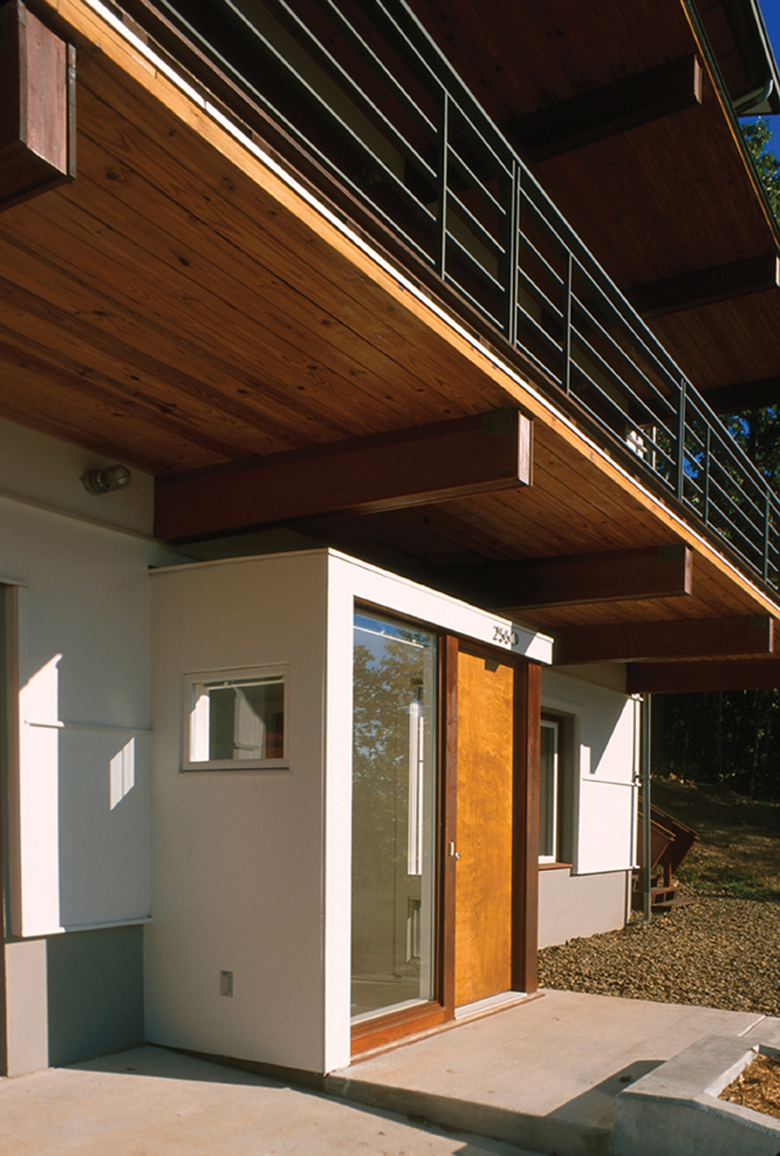 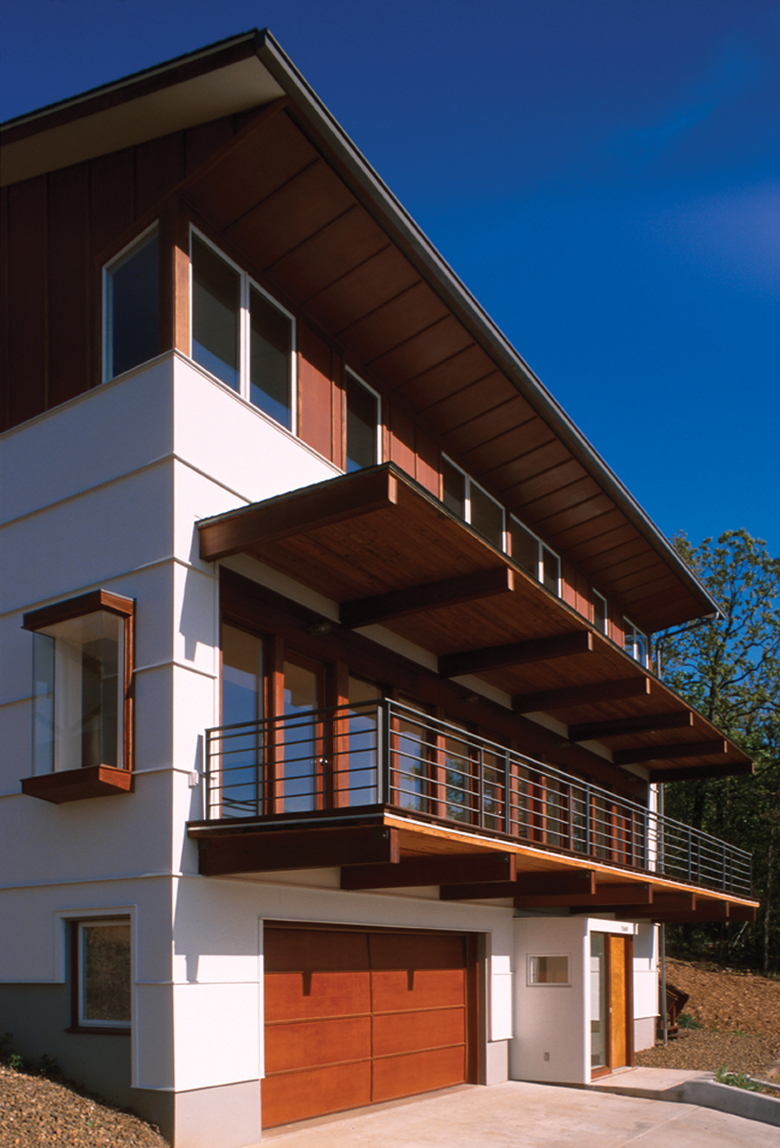 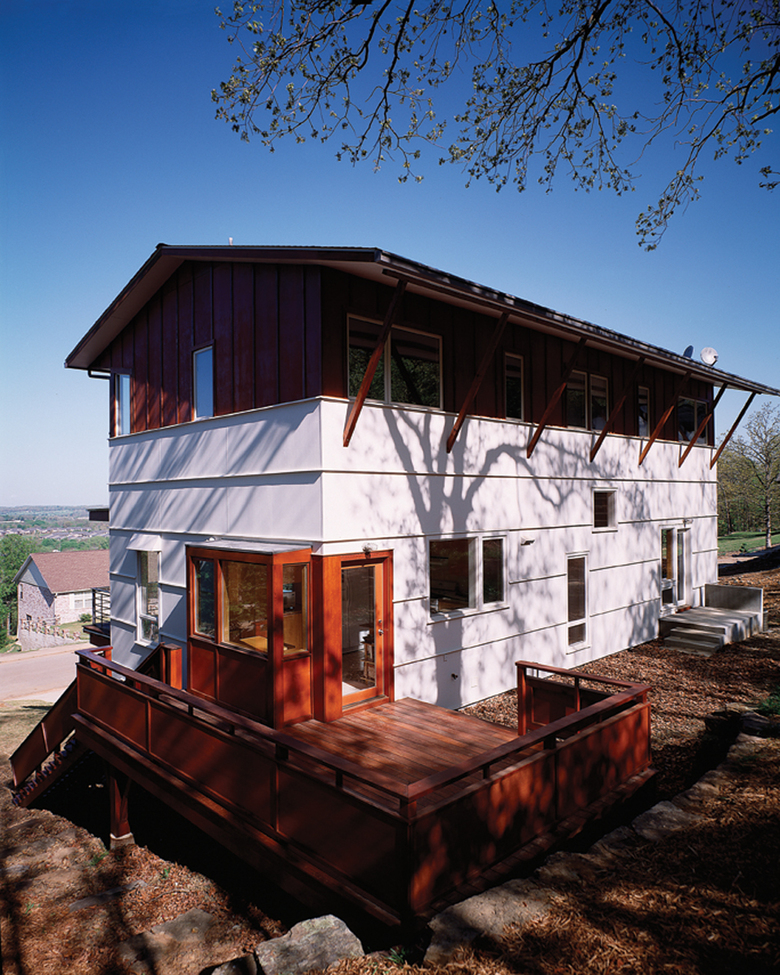 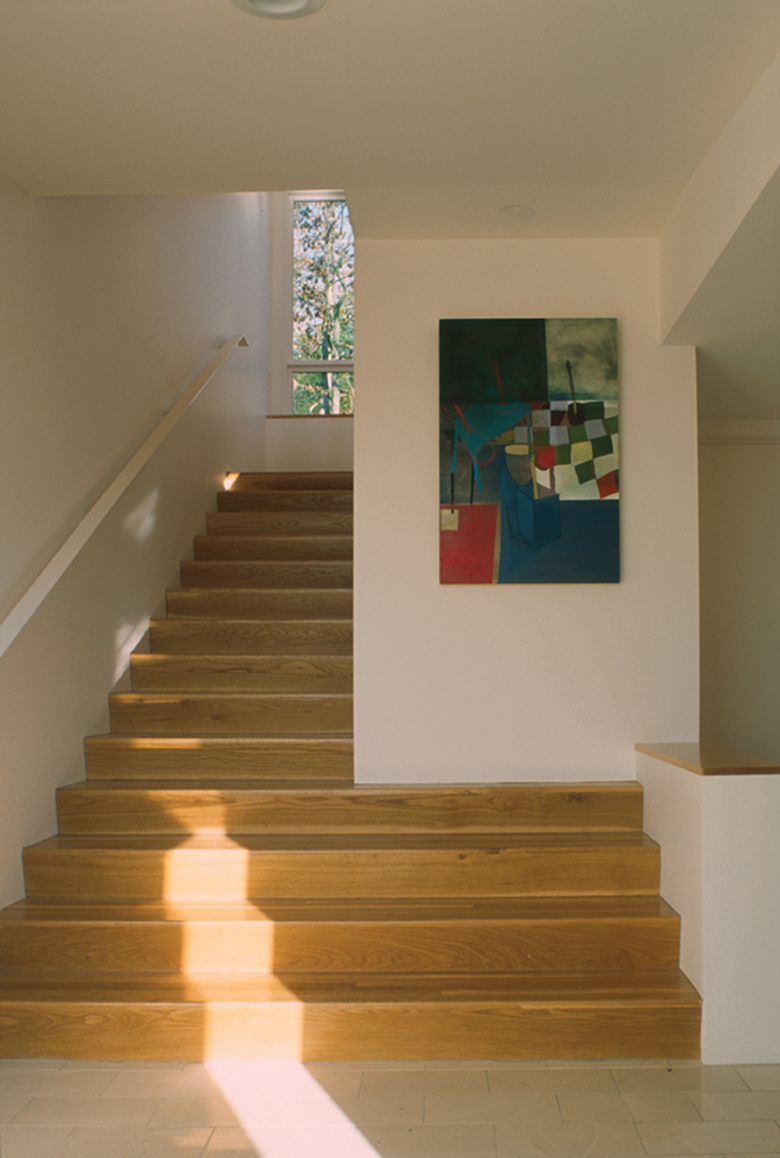 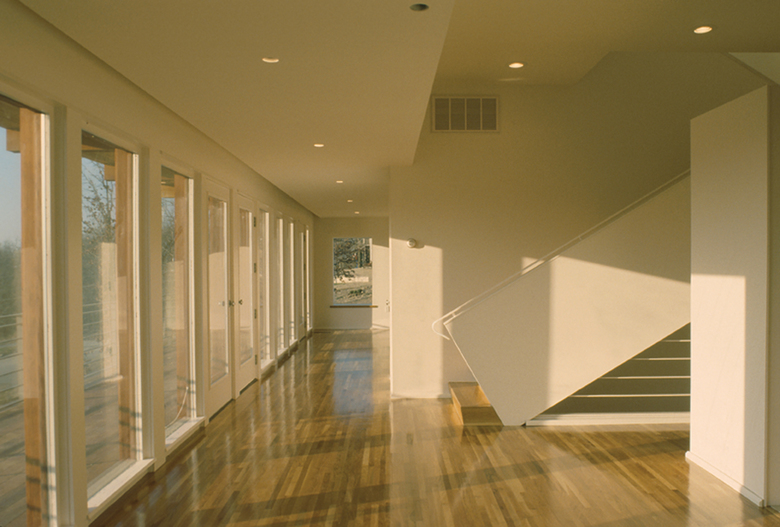 This modest house is a suburban model that demonstrates that a house can be unique, efficient, and affordable in the context of today’s banal, cookie-cutter home market. The built scheme is the last in a series of three design proposals: the first scheme was an extruded shell stepping down the slope of the site; the second, a great butterfly roof set against the hill. The 2Square House (known by the owners as a “house for two squares”) is a carefully crafted “dumb box.” The formal character of the box is enriched by an expressive, yet economic, system of articulation—custom-designed siding of painted and stained exterior plywood sheets, with custom-milled redwood battens and trim. The crisp profiles of the horizontal battens provide scale, as regulating lines and units of measures, and echo the clear presence of the horizon also referenced in many other  aspects of the building and site.
A strategy of visual framing, a carefully choreographed sequence of movement that manipulate the views from the interior, was developed to address the two disparate physical aspects of the site—the intimacy of the immediate inclined wooded terrain and the immensity of the landscape beyond. Using the minimum size possible for a two-car garage (23' x 23' square), a plan diagram of two squares was generated. This module was duplicated, and the two, identical volumes were joined together by a series of stairways that ascend the slope of the site. The simple box form is not only efficient in its use of space and materials, but allows for minimal intrusion on the land.
The modest depth of the house allows for ample cross ventilation. The fenestrated stairway also forms a ventilating shaft—which helps cool the interior spaces naturally—that ascends from the entry foyer to the primary living floor. There, beyond a wall of windows and doors and through a covered cantilevered redwood deck that extends the living area along the west facade are endless panoramic views of the landscape. The third floor gallery/sitting room, the transitional space of the house at the top of the stairway, is centered at the cross axis of the house and provides stunning views of the Ozark foothills to the west. It is the ideal place to take in the sunset, to behold the horizon.