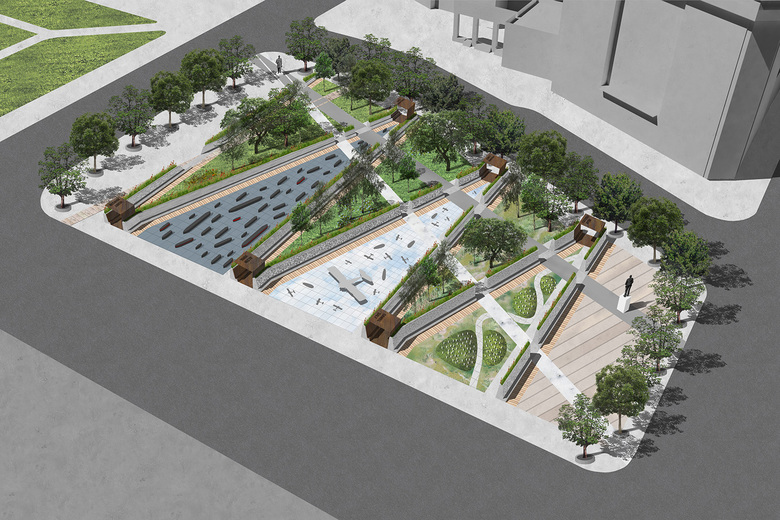 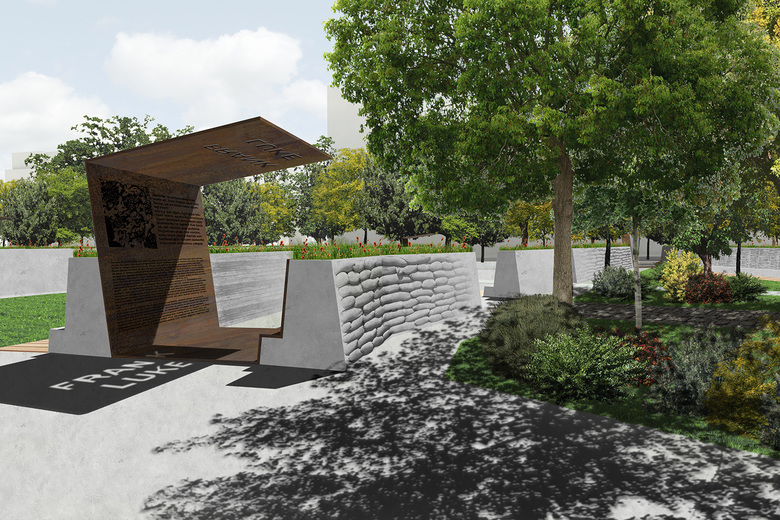 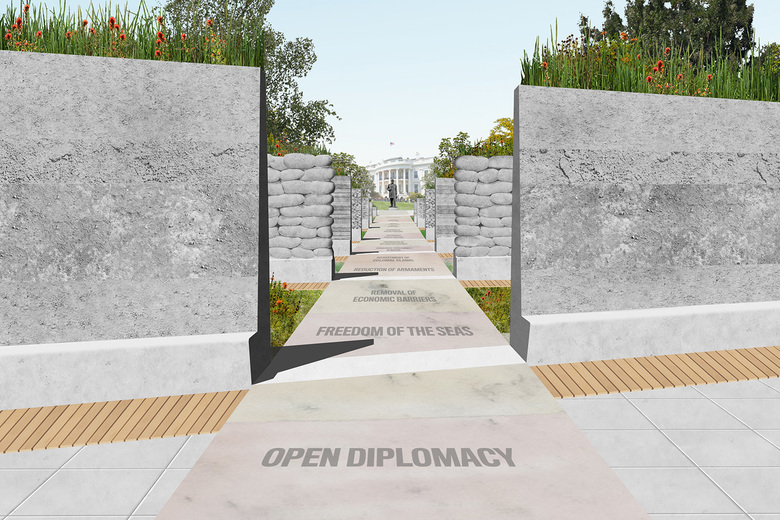 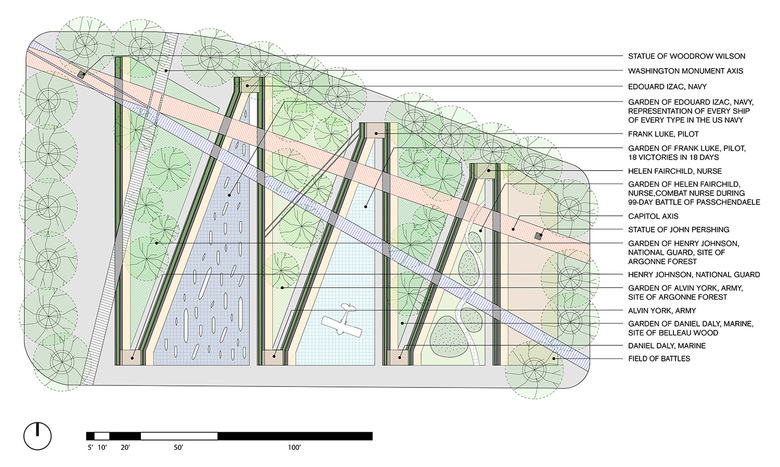 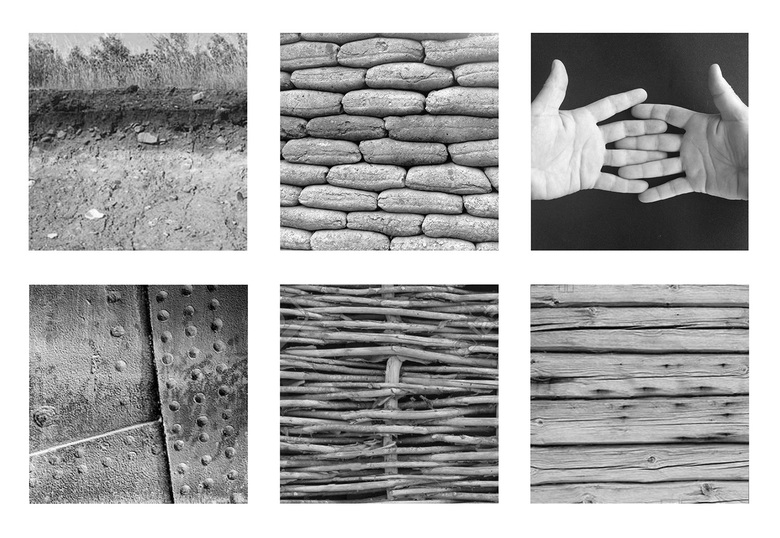 War is too big to be fully grasped.

Our WWI Memorial celebrates the stories of 6 remarkable people, each from a different branch of US Services, who made us all proud. They are proxies for all the servicemen and women who fought, healed and aided our national effort.

Their stories are the stories of America in WWI.

The site is one of Washington’s ‘interrupted’ moments where Pennsylvania Avenue slices through the gridded fabric. The memorial park unifies the urban grid in a healing gesture meant to reflect the war’s rending and America’s role in knitting back (however briefly) the European continent.

Each garden reflects service rendered by Americans of every stripe in a branch of the American Expeditionary Forces. And each steel entry portal tells the story of an American hero.

The 6 gardens are traversed with axial paths, focused on the dome of the Capitol (made of 585 dated slabs of stone, for every day of America’s involvement, from each state then part of the US), the White House (fourteen sections reflecting Woodrow Wilson’s 14 Points) and the Washington Monument (48 sections, with stones from each state, much as the Washington Monument is constructed). The new memorial can be entered continuously along the north and south sides and at various points on the east and west.

Bas-relief ‘Storied Walls’ display the chronology of the war and the stories of the heroes. Shaped to illustrate wartime trenches, they rise to a single level allowing the landscape to descend naturally. The result is a sense of growing immersion reflecting America’s rapidly increasing commitment and military might in the 585 days it fought the war. Walls are concrete with finely rendered bas-reliefs along their length. They display narrative and data, full-scale textures of the trench wall materials (wood, sandbags, twigs, earth), portraits and maps, words and images. As if carved from solid stone, the concrete is both hard and permanent, and can be leathery and touchable.

General Pershing’s statue is reinstalled on a monumental base lifting him to the height of the story walls, watching over the progress of the war. At the opposite end is a statue of Woodrow Wilson, who presided over America’s involvement in the war. He stands at the beginning of the 585-day path, as Pershing stands at the end of it.

The new WWI Memorial is still a park, but one with layers of narrative, meaning, education and imagery. It is a place that can be traversed quickly, read like a book, enjoyed for hours as a contemplative space, or seen as a park of varied gardens. It relates to the context, especially as connective tissue, but is unique and self contained. As a piece of urbanism and as a memorial it acts to reconnect disparate parts together.

Our design is a memorial to the Americans, the events and the places that are World War One.