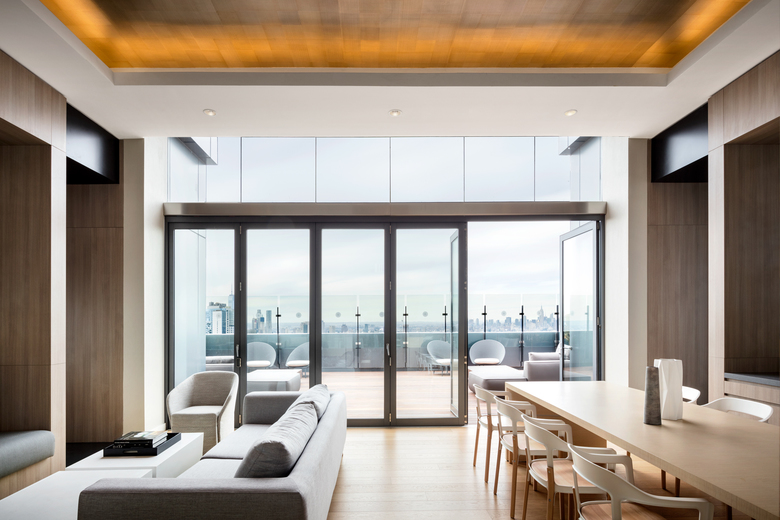 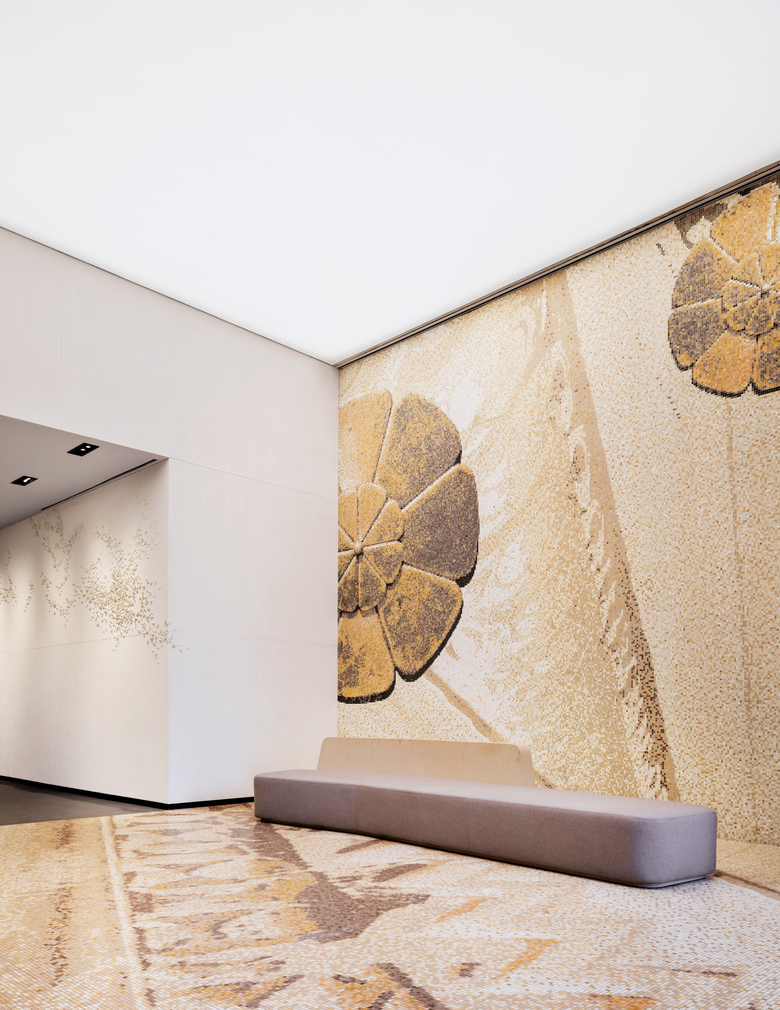 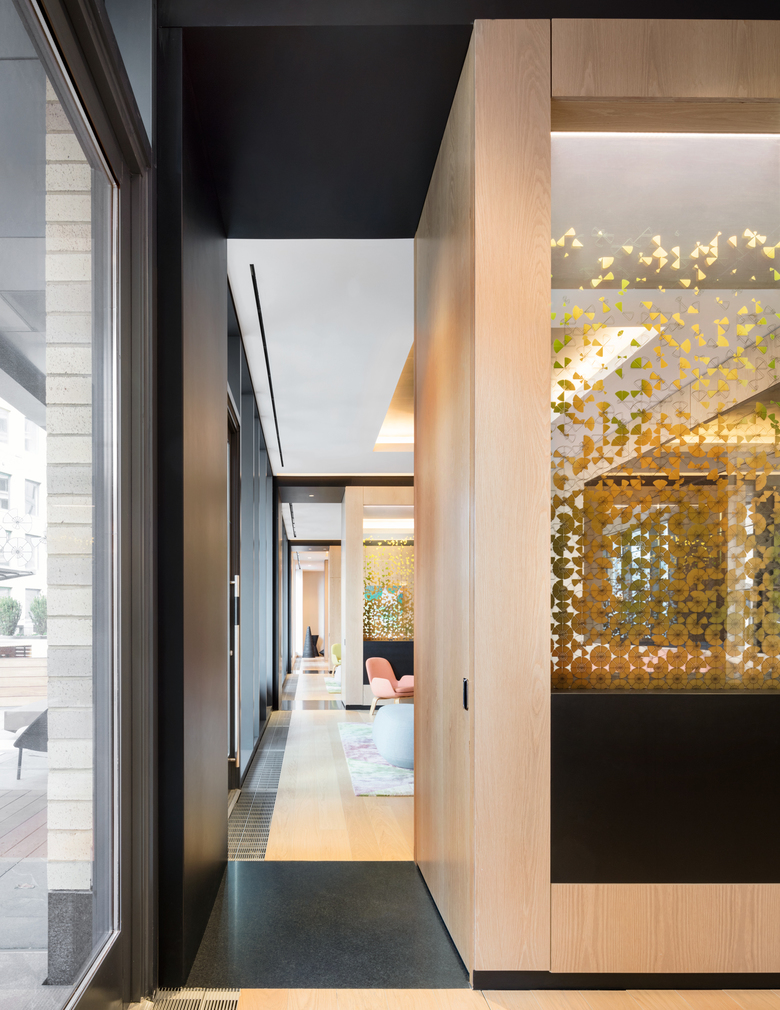 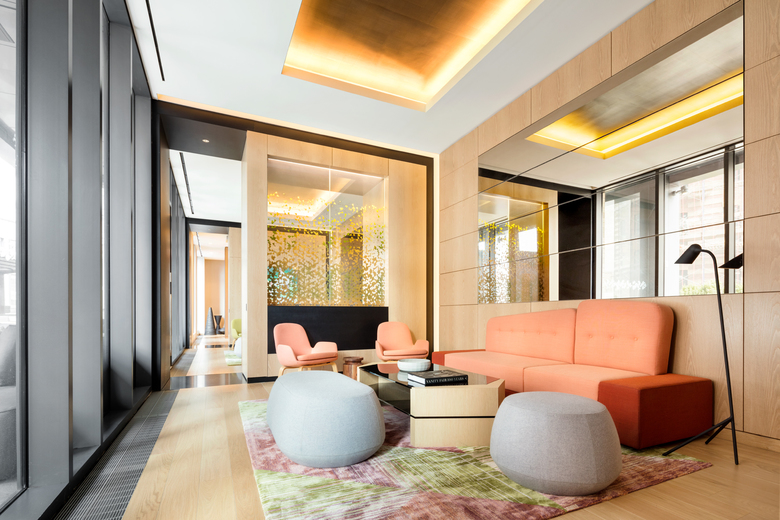 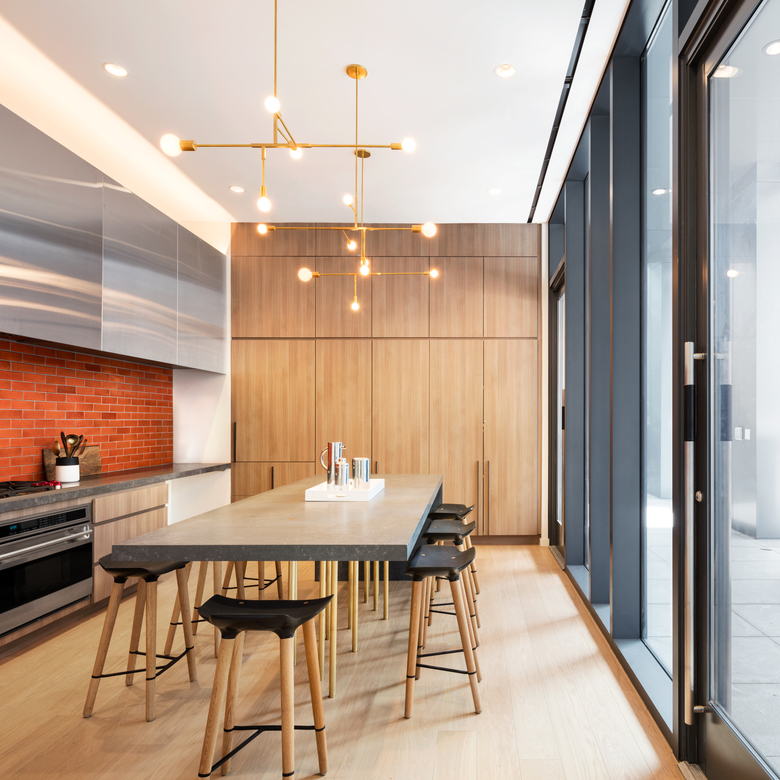 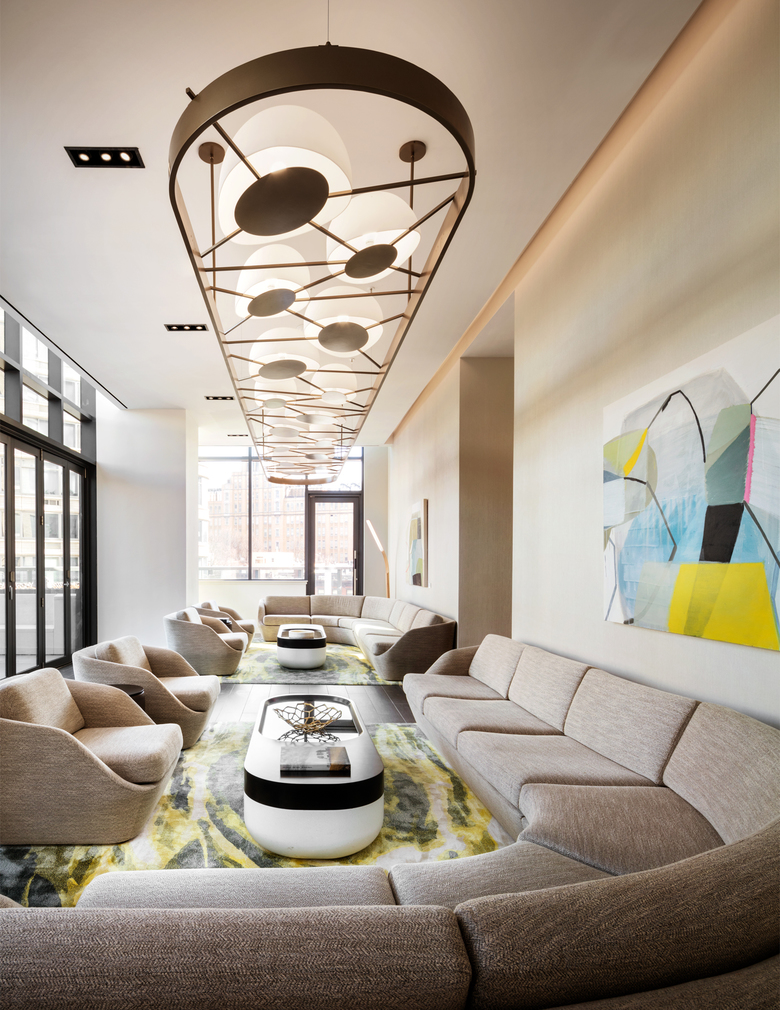 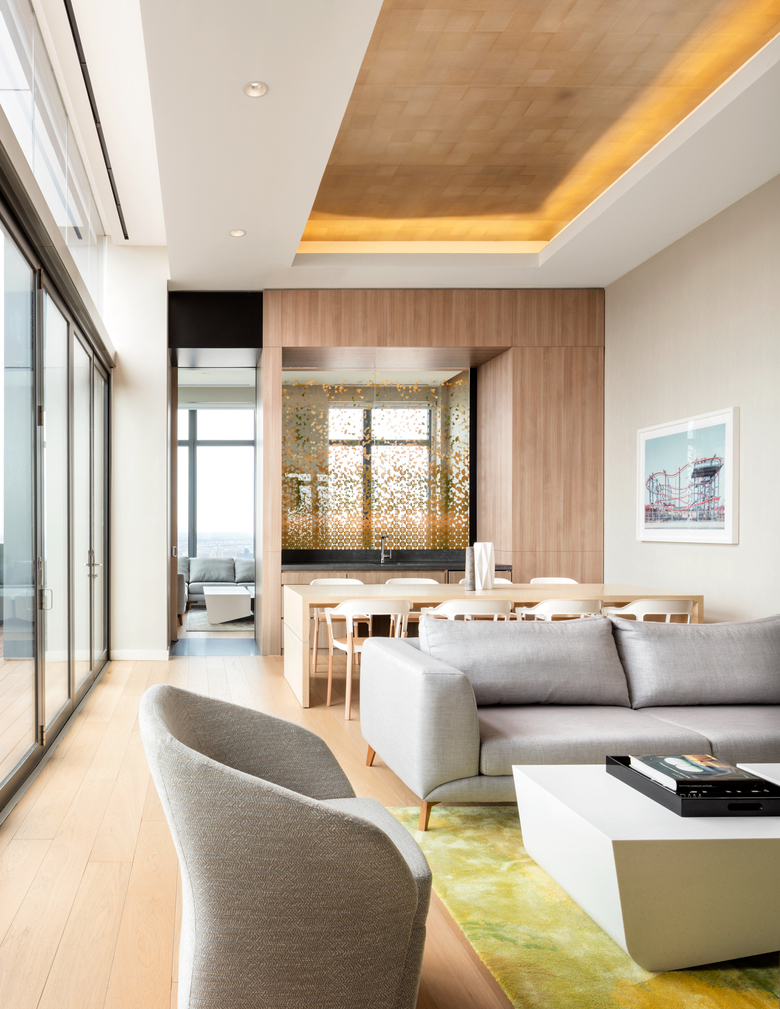 Situated near the rapidly developing Fort Greene area of downtown Brooklyn, Ashland Place has at its core a refined aesthetic with punches of bold graphics, and a deep interest in materiality. The lobby features a custom mosaic based on Neukomm’s photographs highlighting details from the rich historical neighborhoods surrounding the site. Beyond providing a striking entrance feature, the mosaic strengthens the building’s identity as a part of Brooklyn’s urban fabric.
Springing from the mosaic art, the building’s identity is subtly coded with a series of glass and metal screens throughout the project. The screens’ rosette pattern is deployed in areas such as the elevator, the lounge dividing walls, even the elevator call lanterns.
Many of the art, furniture and lighting pieces were designed by Neukomm in tandem with local Brooklyn artisans, including, Rachel Mica Weiss, Christina Watka, and Adam Frezza with Terri Chiao, further highlighting the project’s relationship and commitment to the neighborhood. Also of note, the exterior spaces were designed by Neukomm to work in tandem with the interiors- the exterior spaces can be used seamlessly with interior lounges for private events, and feature a series of lounge and barbecue areas.

Project was begun in 2011 and completed at Span architecture. Jean-Gabriel Neukomm was the principal-in-charge for the duration of the project.