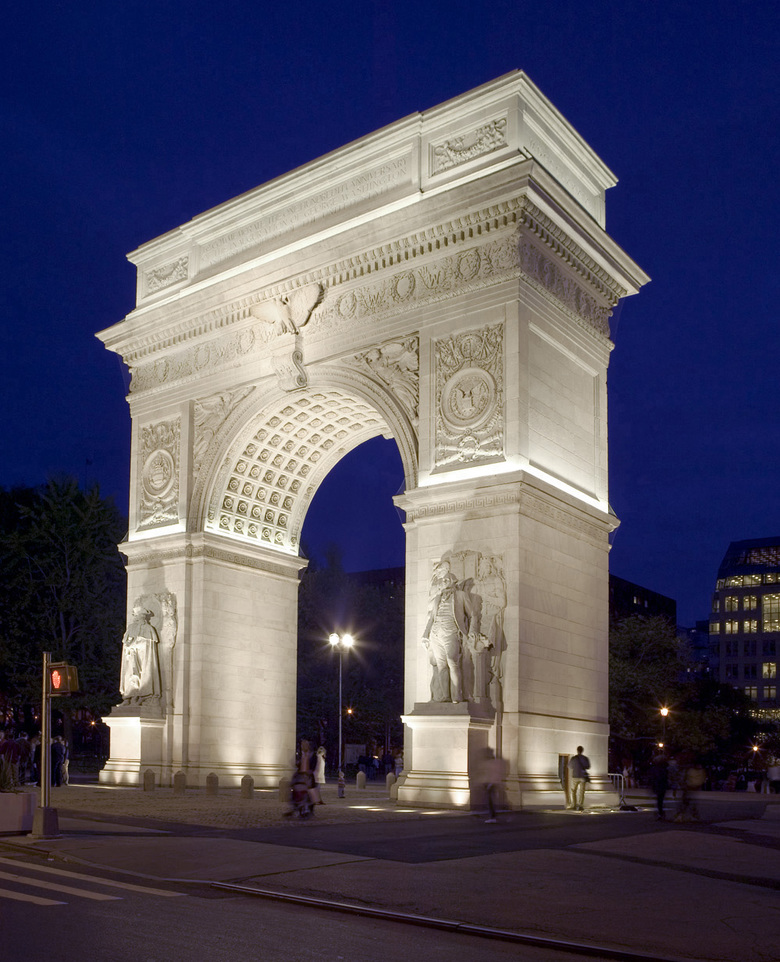 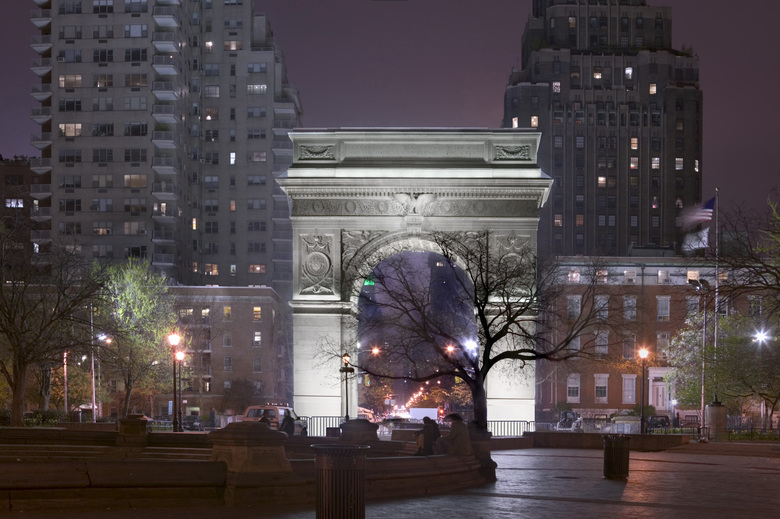 In early 2002 DGA commenced work on a two-year $2.7 million effort (completed April 2004) to repair, refurbish and restore NYC’s historic Washington Square Arch. Originally dedicated in 1895 and designed by McKim Mead and White, the arch had over the years suffered from severe deterioration due to environmental weathering, roosting wild life, vandalism and water infiltration. The restoration effort included chemical cleaning of the stone, repairs to the statues of Washington and the first ever attempt at a comprehensive exterior lighting program. DGA’s efforts included research of lighting efforts on similar historic projects worldwide, the exploration of alternative lighting options and the final execution of a lighting strategy which included the use of both pole and grade mounted metal halide sources augmented by the introduction of continuous T5H0 fluorescent sources at each of the cornices. The result is a brilliant terminus to Fifth Avenue’s visual corridor and a bright new aspect for one of NYC’s most prominent landmarks.