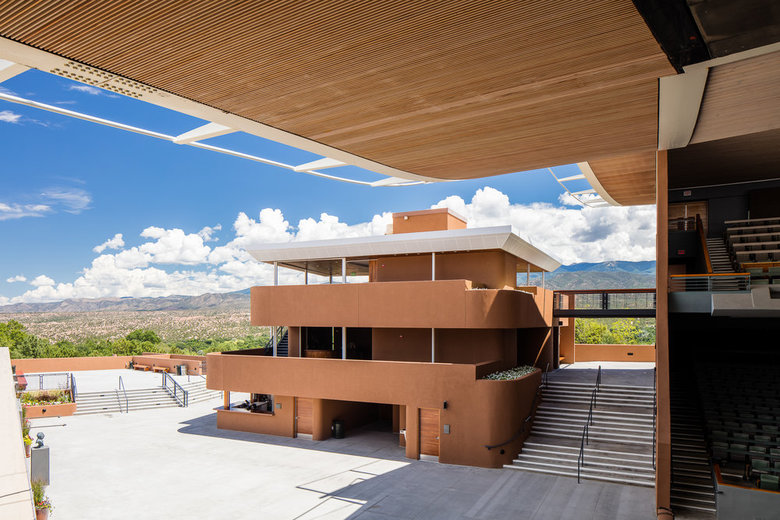 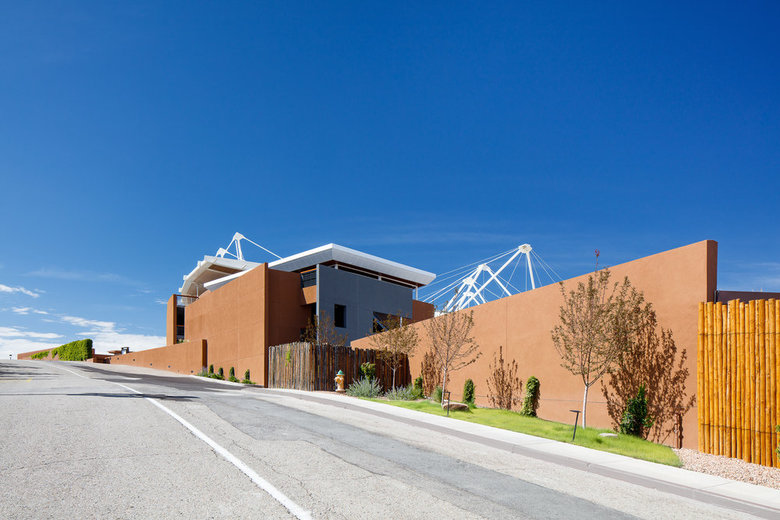 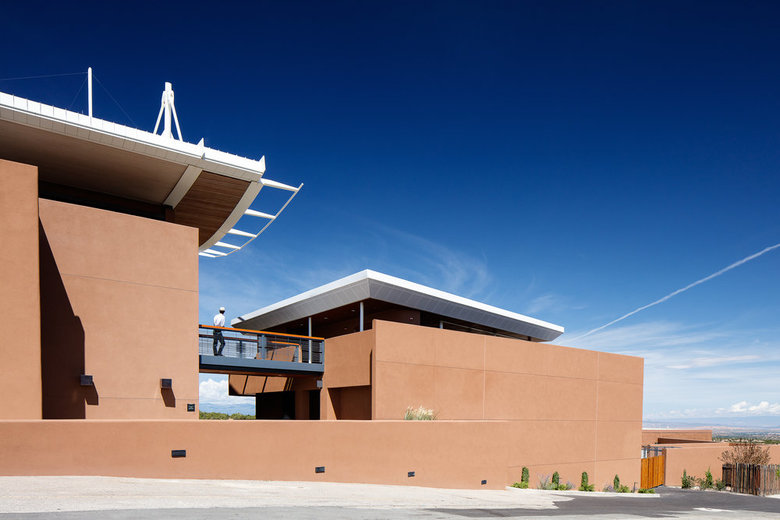 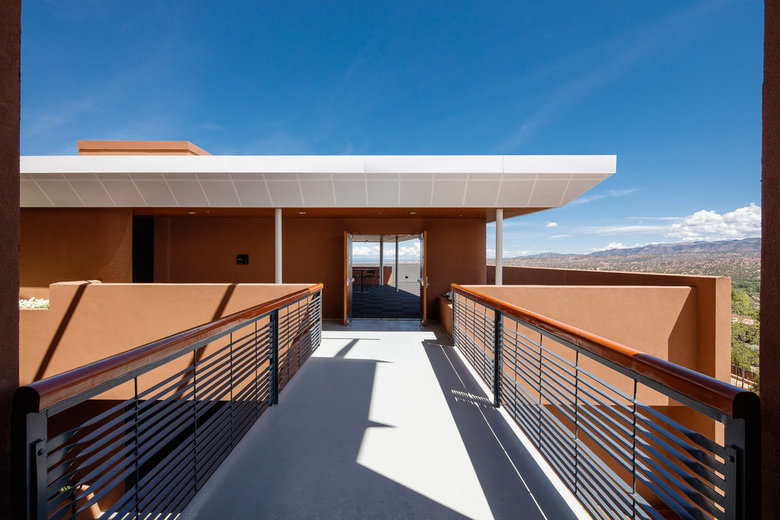 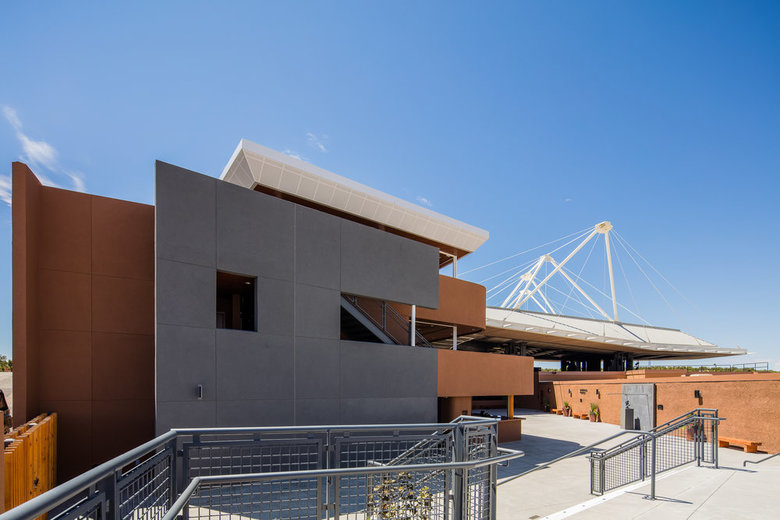 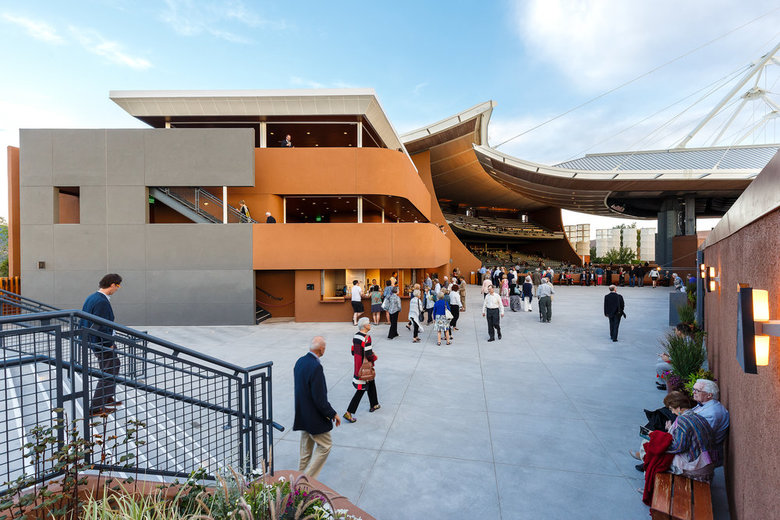 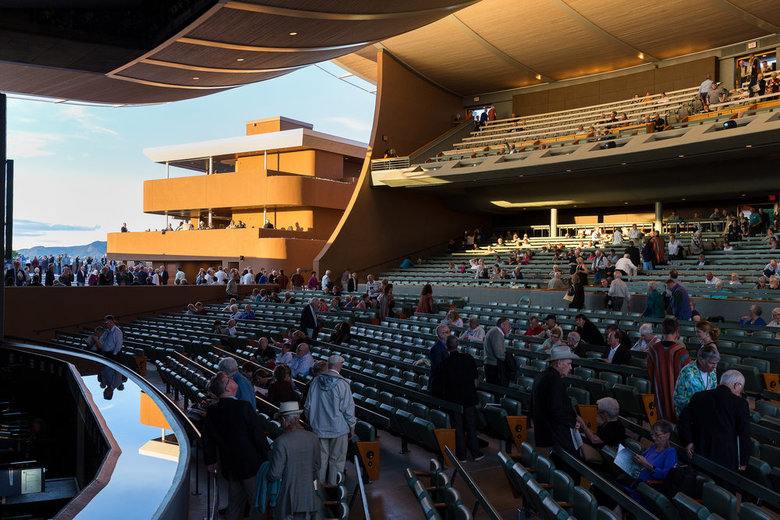 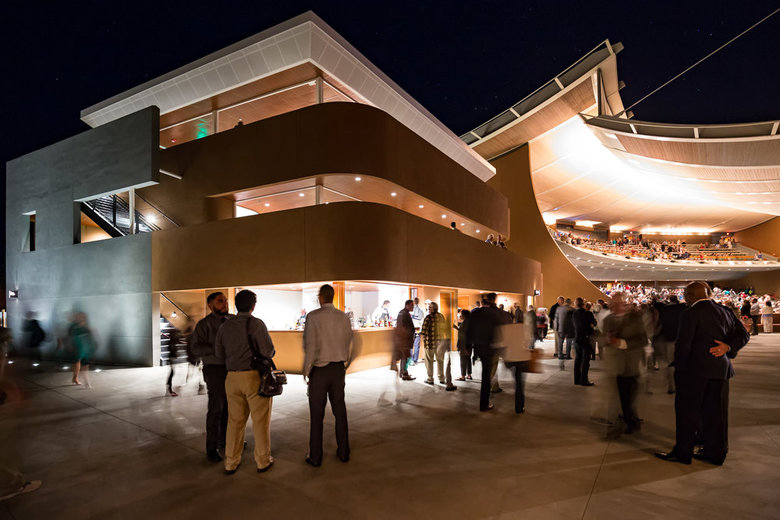 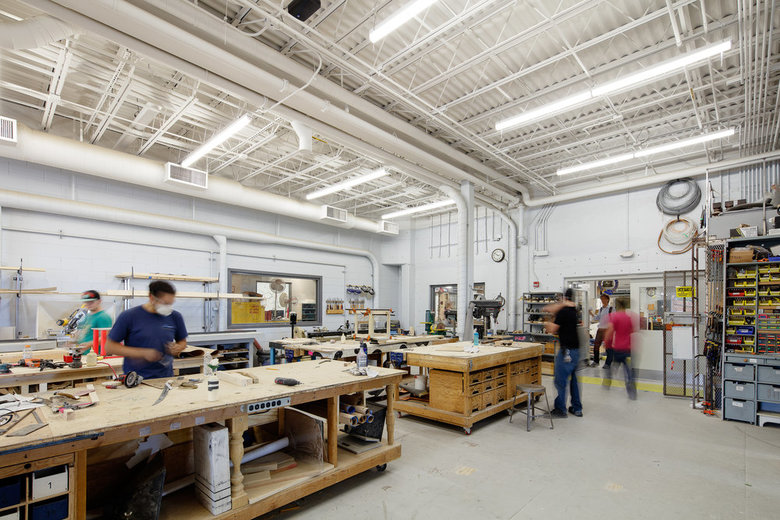 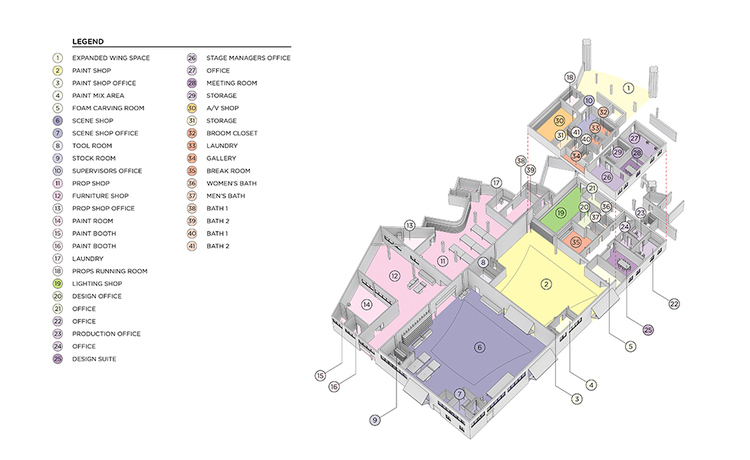 MAD recently completed Phase 2 of the “Setting the Stage” campaign by expanding all the structures on the North side of the Crosby Theater.  By carefully considering the existing landscape, MAD designed the new buildings to sensitively expand the facility while retaining important vistas and Theater sightlines.

The Poole Production Center was increased by 25,000 SF to 38,000 SF while creating new outdoor plaza spaces for Opera guests to gather pre-performance and during intermission. The production center includes multiple fabrication shops with complex state of the art mechanical systems, and greatly improved stage wing level spaces for backstage activities.

The new three story Wyncote Opera Club was designed to provide 8,500 SF of open lounge spaces and concessions, while introducing an elevator and bridge access to the Theater’s balcony.  The building is carefully designed to sit along the main access road and completes the main public façade of the Crosby Theater. Audience amenities are greatly expanded with new restroom facilities and additional plaza gathering areas along the lower level. Lighting and finish materials were sensitively introduced in order to treat interior and exterior areas with elegance, while considering the New Mexico climate and the open nature of portions of the building.

MAD is very proud to have led the team responsible for the completed three year, $23 million project.  The new amenities featured as an important component of The Santa Fe Opera’s 60 year anniversary celebration during the 2016 season.