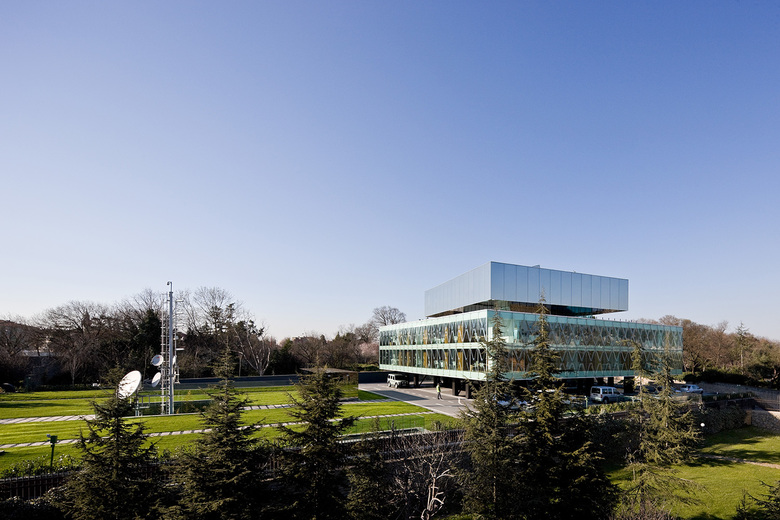 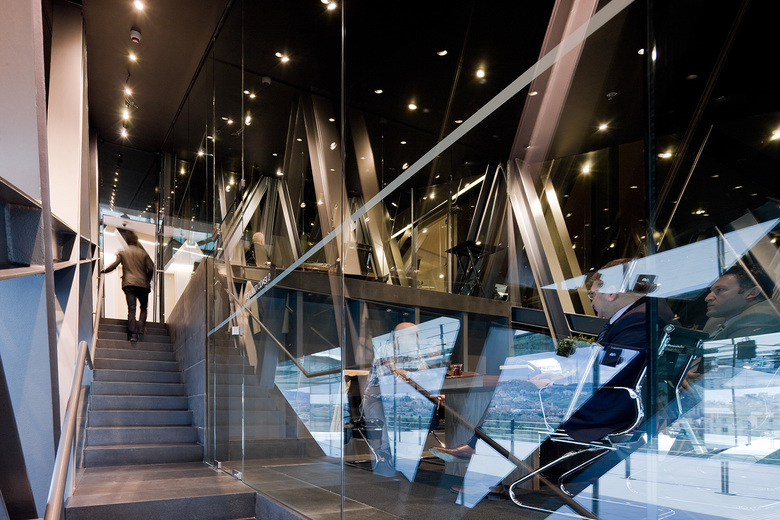 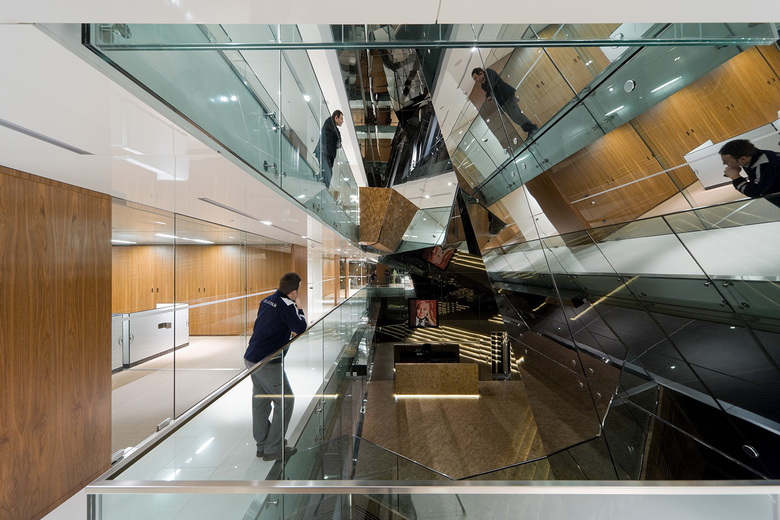 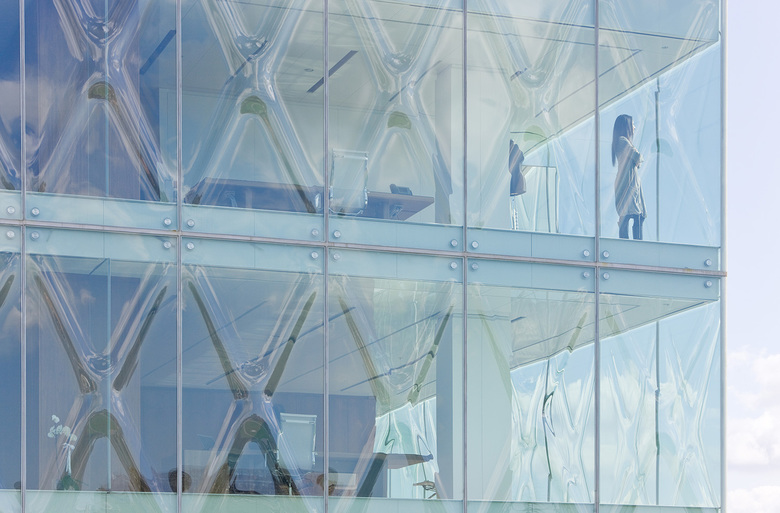 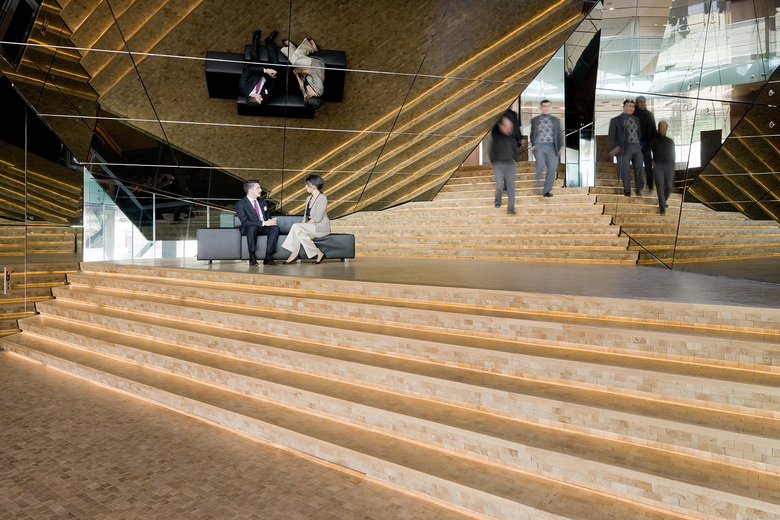 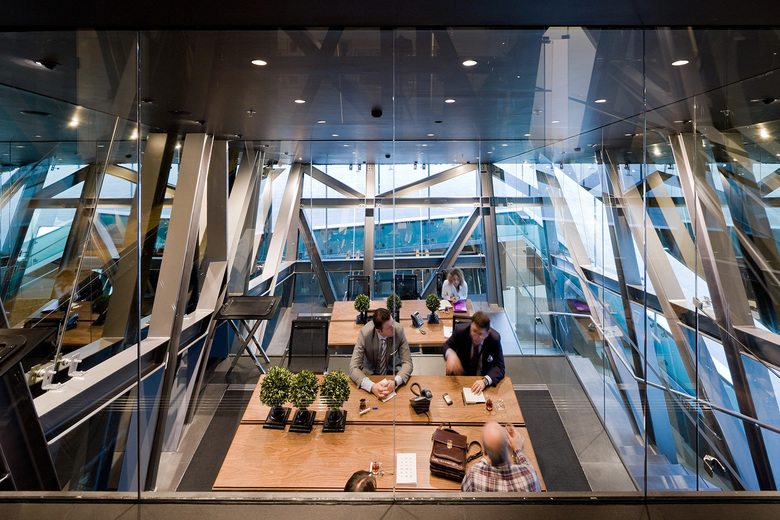 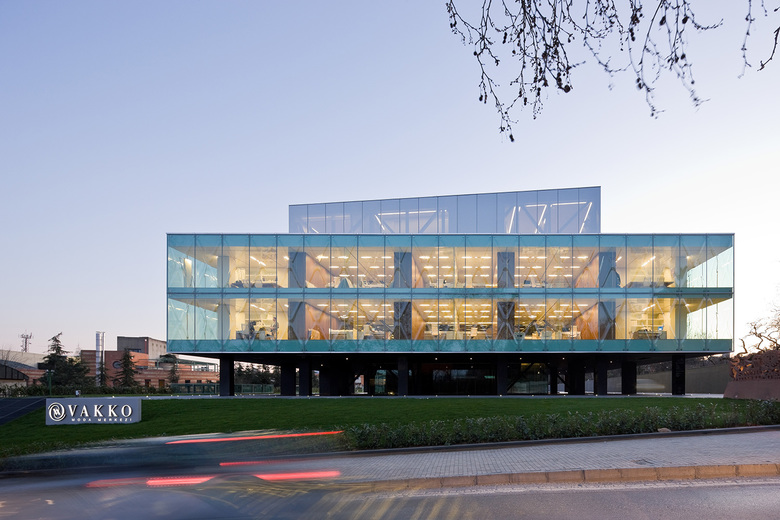 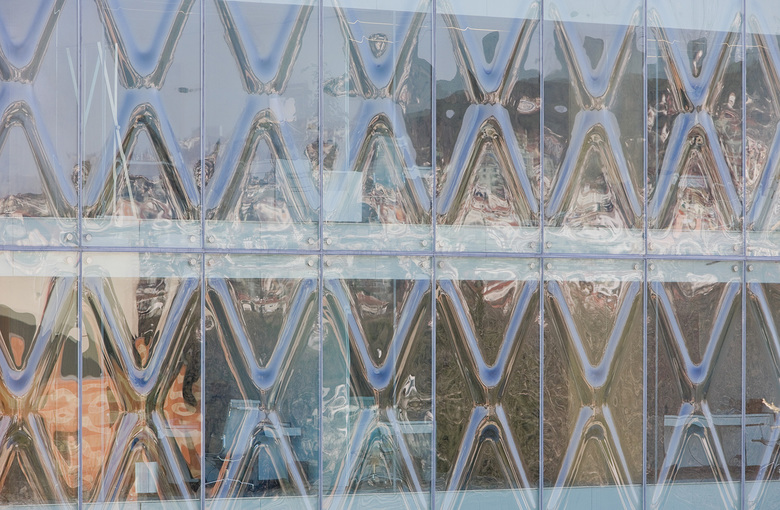 When Caltech’s senior administration suddenly changed, REX’s design for the Annenberg Center for Information Science and Technology was canceled. Several years later, the CEO of Vakko (Turkey’s pre-eminent fashion house) and Power Media (Turkey’s equivalent of MTV) approached REX with plans to design and construct a new headquarters within a year using an unfinished, abandoned hotel. The requested timetable would normally have been absurd. However, the unfinished building fortuitously had the same plan dimension, floor-to-floor height, and servicing concept as the Annenberg Center’s “Ring” (the so-called “Sheep”).

By adapting the construction documents produced for the Annenberg Center to the abandoned concrete hotel skeleton, construction on the perimeter office block commenced only four days after Vakko/Power first approached REX. This adaptive reuse opened a six-week window during which the more unique portions of the program could be designed simultaneous to construction. Speed became the design’s most significant parameter.

Whereas the Annenberg Center’s Ring was a fragile, post-tensioned concrete structure which depended upon the robust, steel interior for support, Vakko/Power’s existing Ring is painfully over-designed, the byproduct of numerous, deadly earthquakes in Turkey.

The design problem is therefore reversed: Vakko/Power’s unique interior must remain detached so as not to disrupt the structural integrity and waterproofing of the in situ skeleton. Dubbed the “Showcase,” this unique interior houses the auditorium, showrooms, meeting rooms, and executive offices, as well as all vertical circulation and restrooms.

REX only had two weeks to submit the steel mill order after starting the project. Therefore, a concept for the Showcase was developed that established the general steel shapes and quantities while still allowing the design to evolve significantly.

To this end, REX and its engineers devised steel boxes that could be assembled in myriad configurations while retaining the Showcase’s structural self- sufficiency. Ultimately, program adjacencies and code/exiting requirements dictated the final stacking of the boxes.

The slopes of the auditorium, showrooms, and meeting rooms create a circulation path that winds from bottom to top of the Showcase.

The Showcase is clad in mirror-glass, cloaking the steel boxes with a mirage- like exterior, and enlivening the building’s interior to kaleidoscopic effect.

A beautiful and refined architectural image was critical to maintaining Vakko/Power’s public profile; yet, the clumsy structure of the abandoned hotel was impossible to hide given the project’s compressed schedule. REX embraced this constraint by designing an exceptionally transparent and thin glass façade for the Ring.

By slumping a structural “X” into each pane, the glass’s strength is increased, its need for perimeter mullions is eliminated, and its thickness is reduced.

The result is an ultra-thin sheath of glass that wraps the existing skeleton. This ethereal “Saran Wrap” subtly reveals the pre-existing concrete skeleton and suggests the Showcase behind.