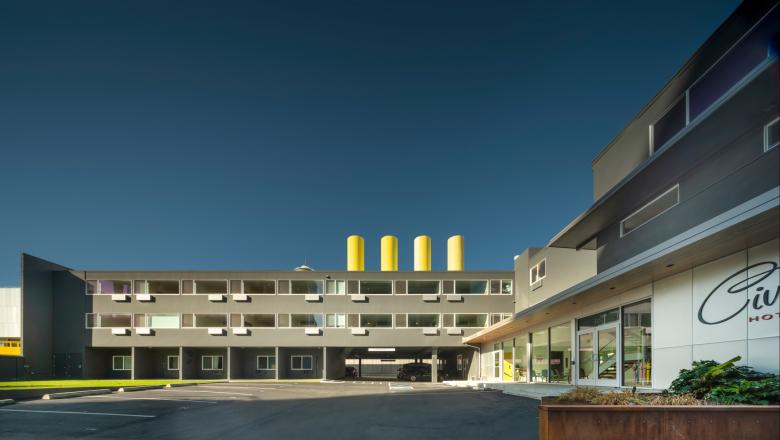 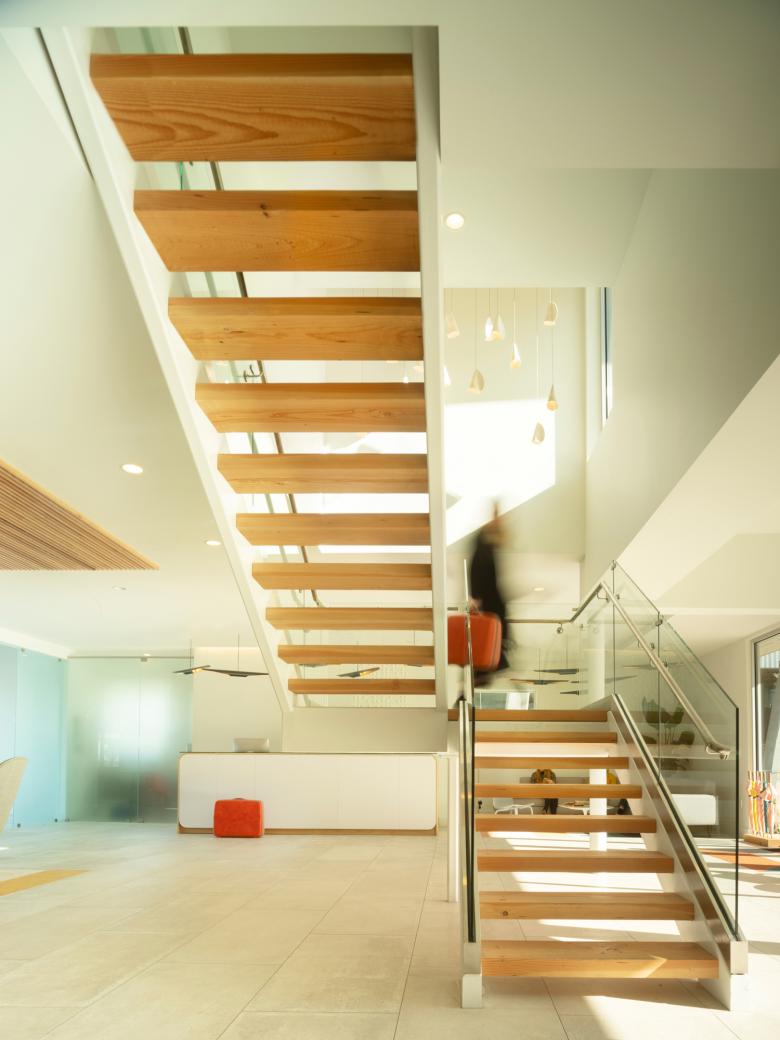 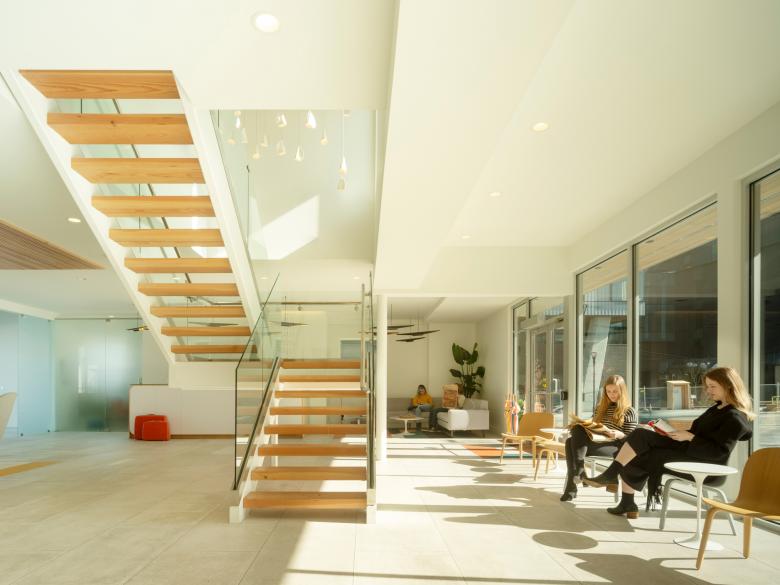 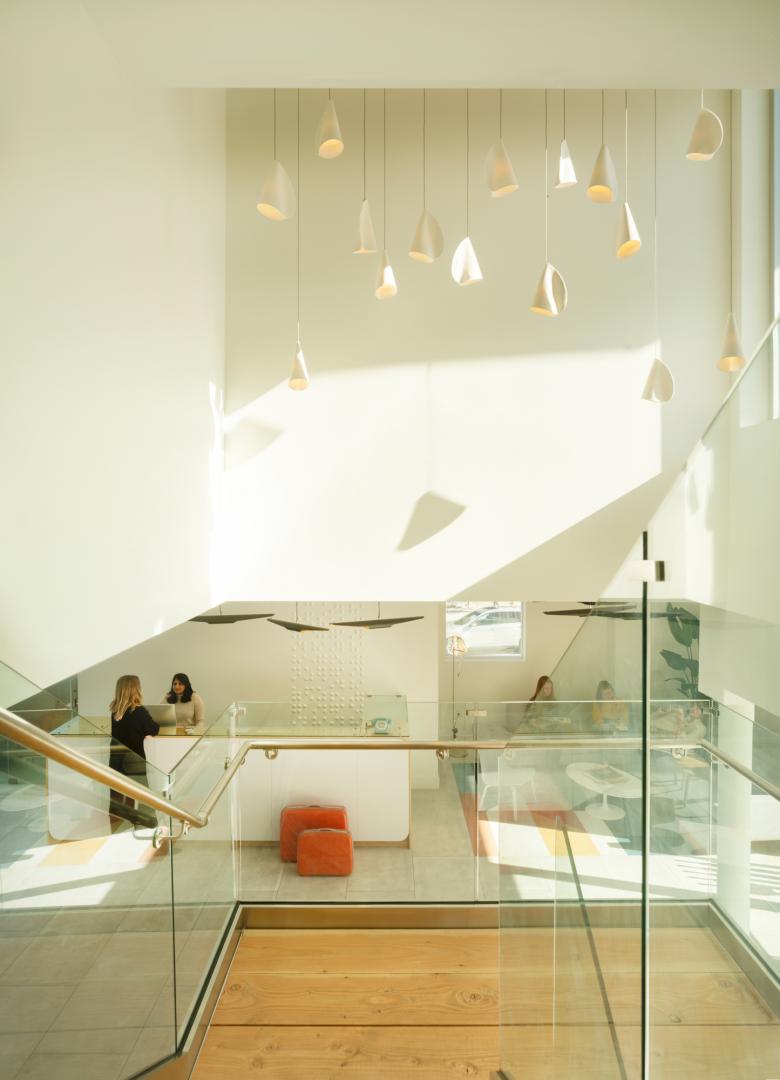 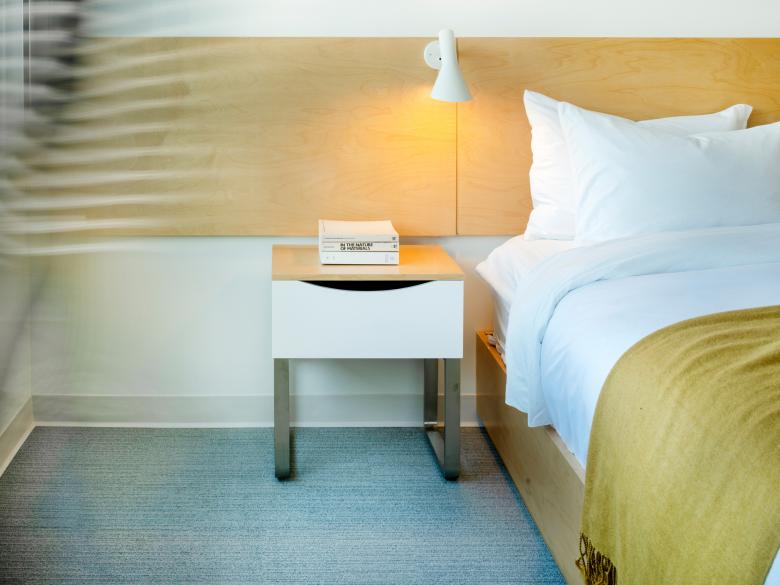 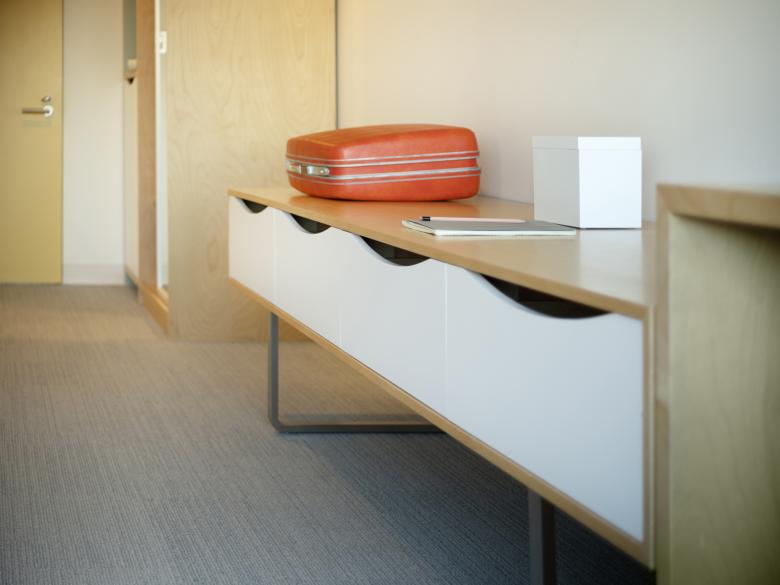 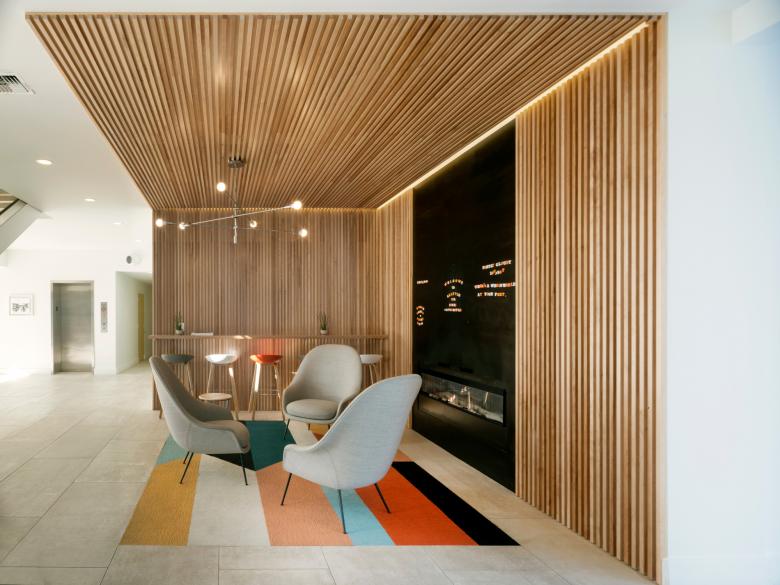 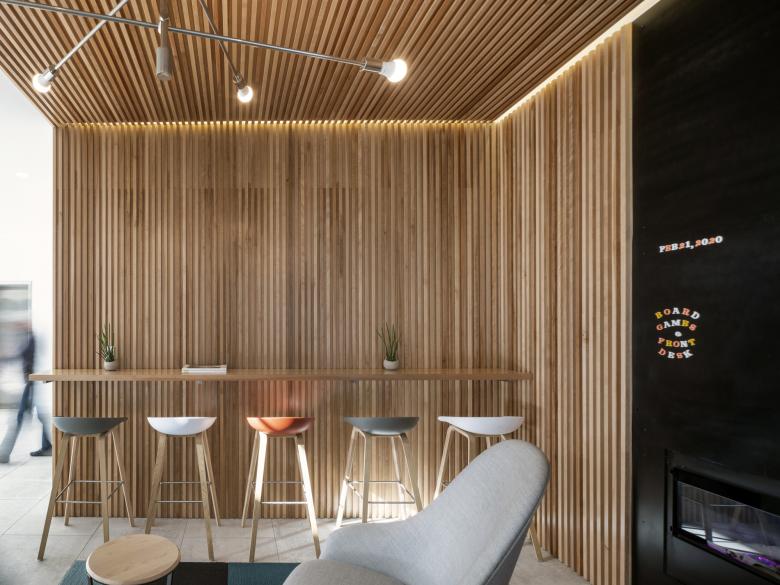 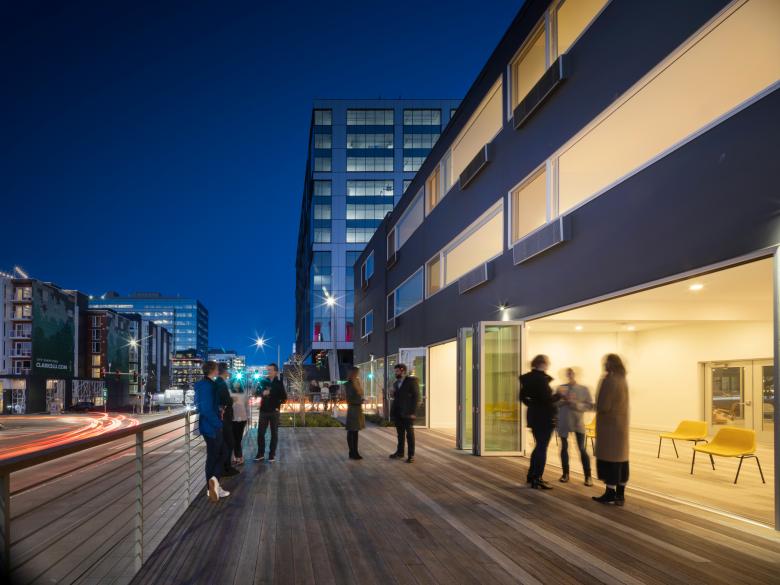 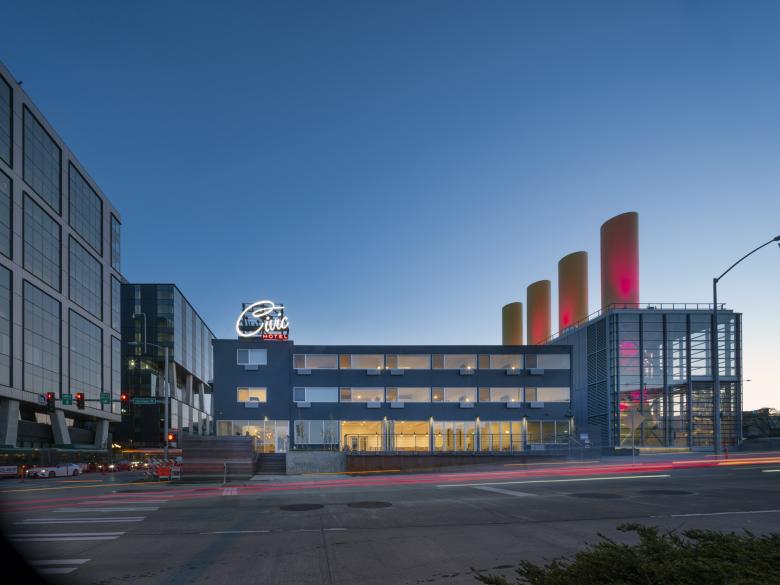 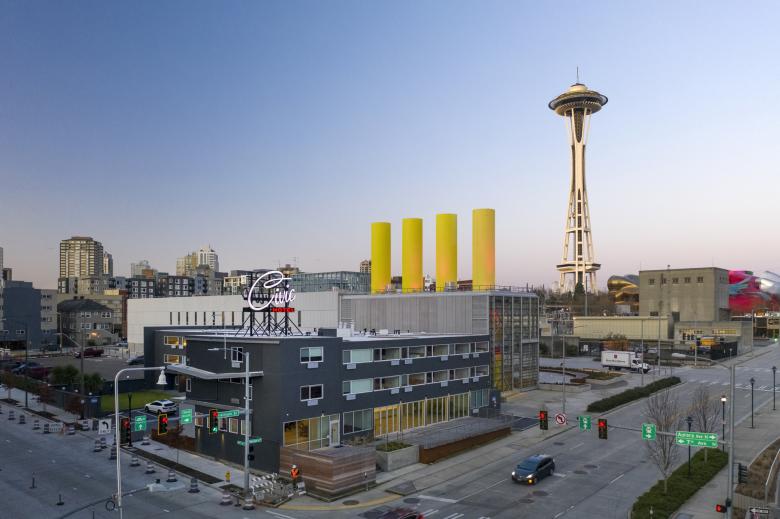 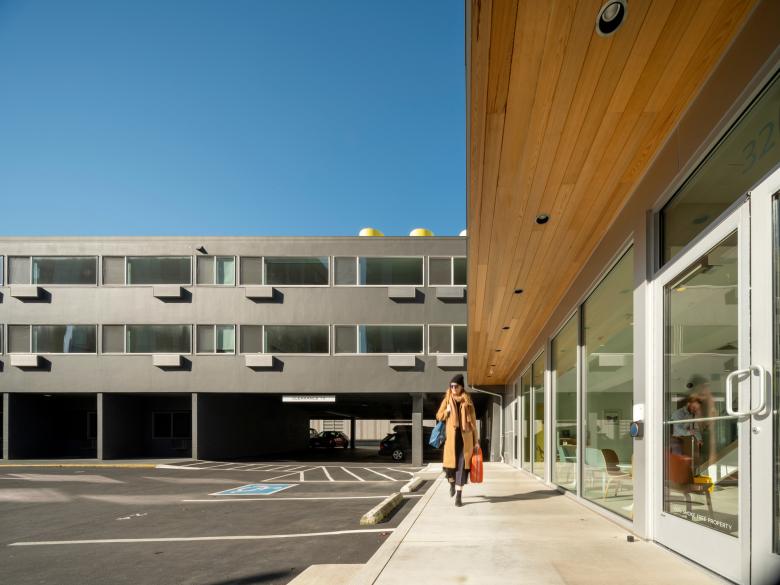 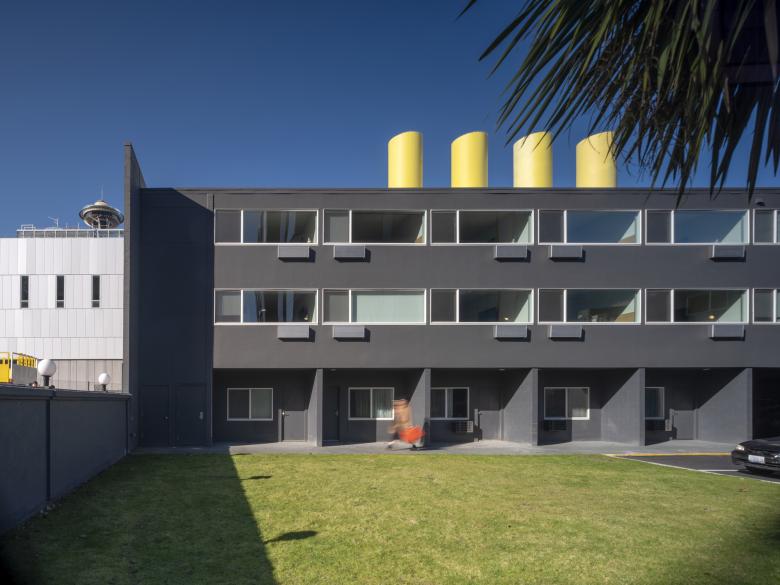 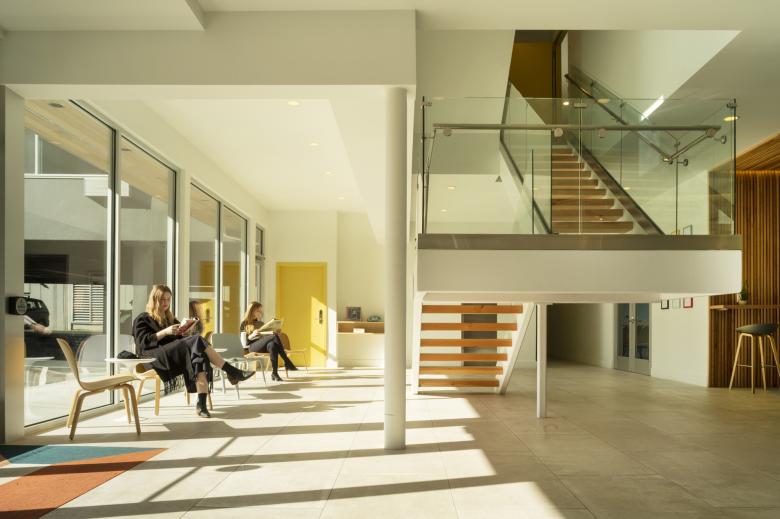 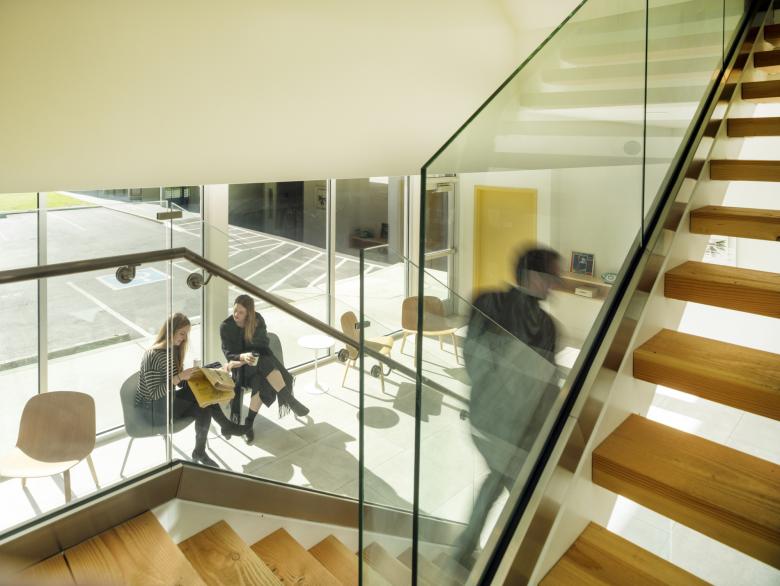 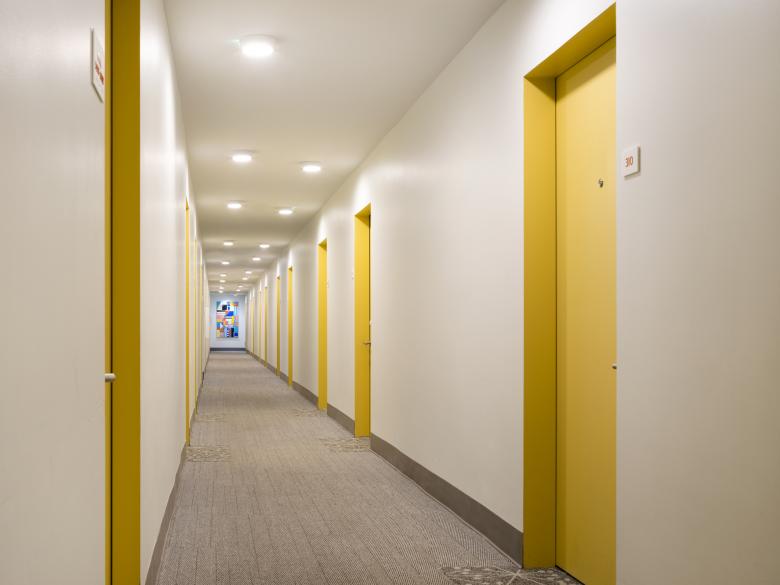 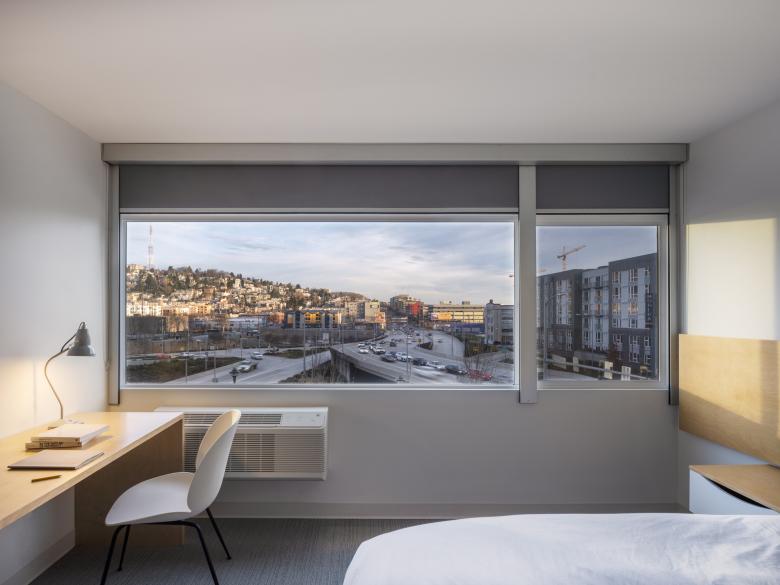 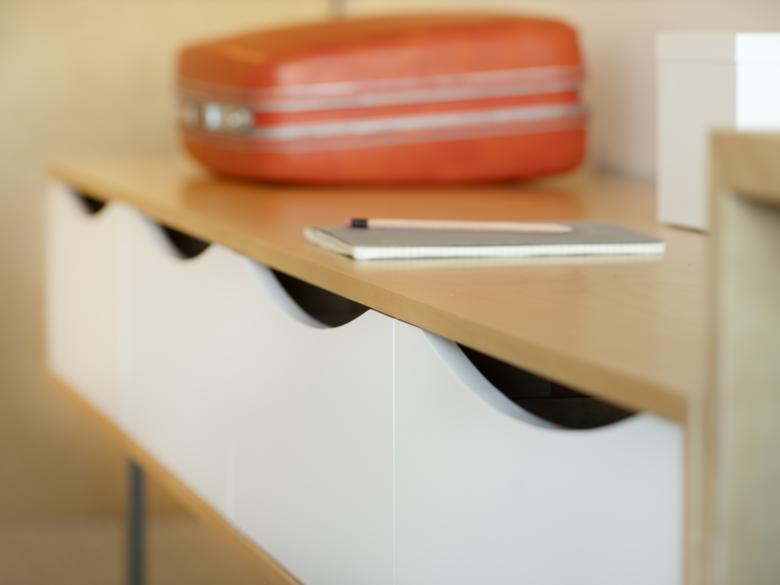 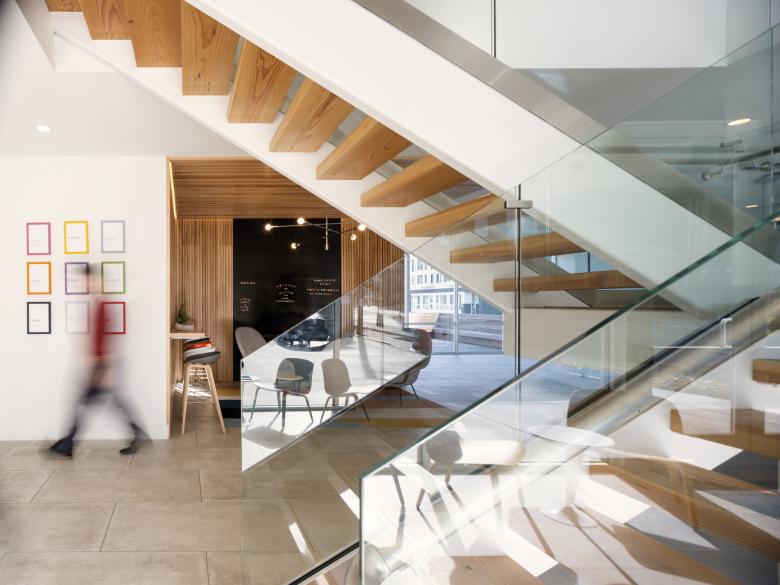 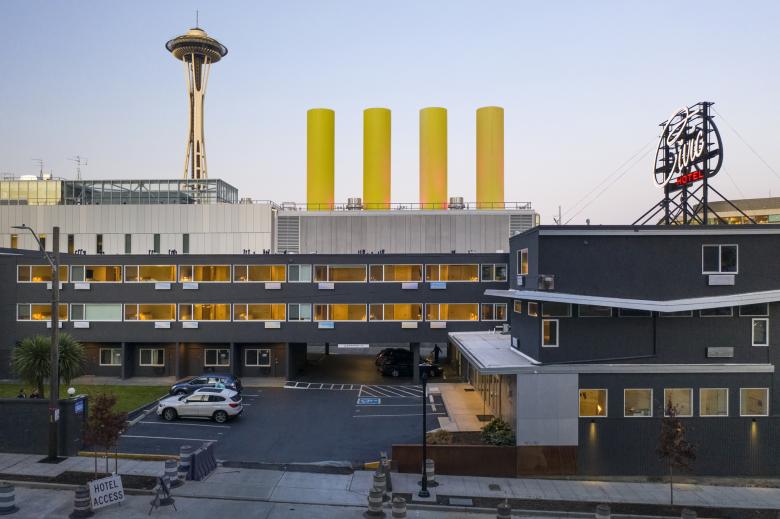 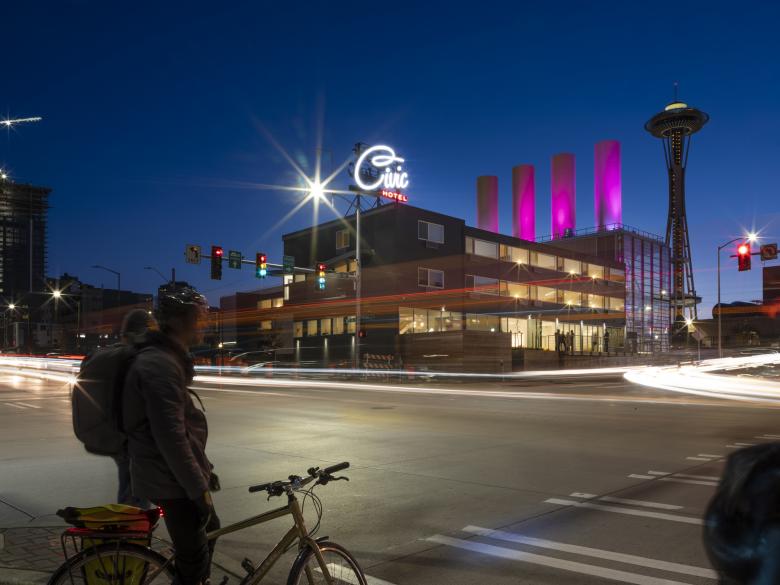 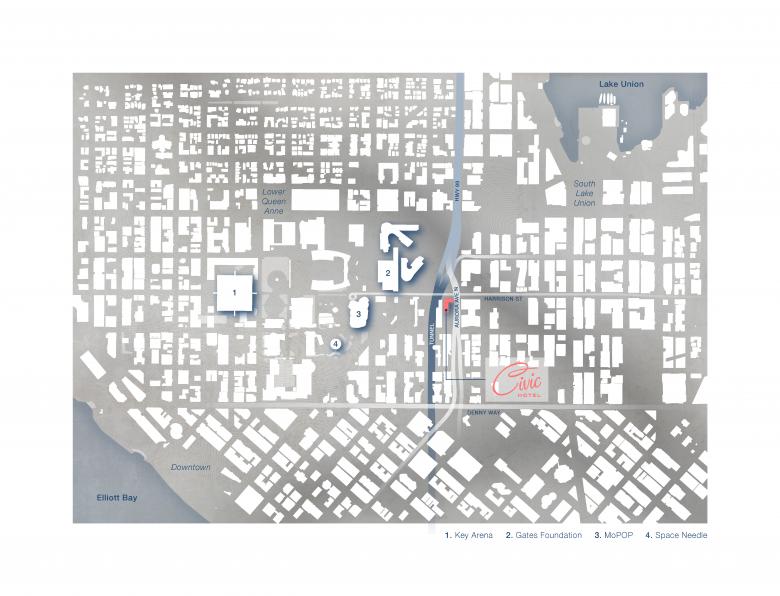 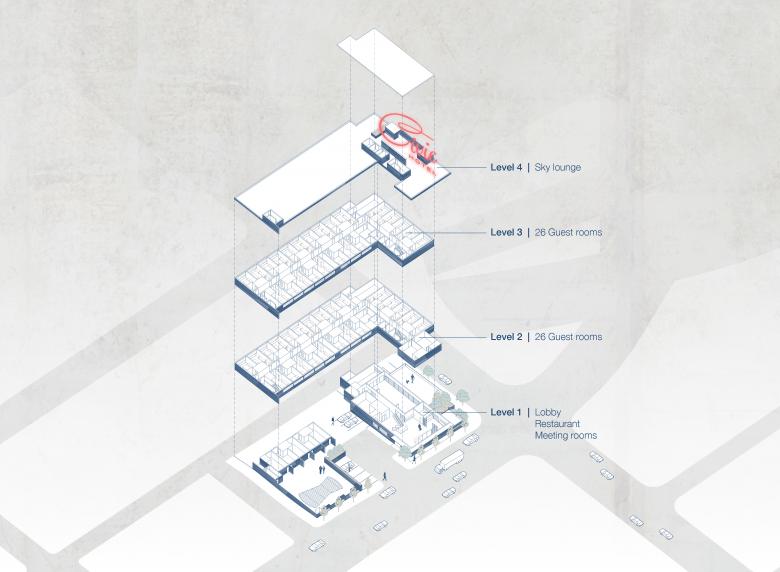 Located between the iconic Space Needle and the rapidly transforming South Lake Union neighborhood in Seattle, the Civic Hotel is a newly renovated boutique hotel at the corner of Harrison Street and Aurora Ave N. The site is at the nexus of the newly reconnected street grid where the hotel marks the north entry of the recently re-opened SR99 tunnel. Originally named the Imperial ‘400’ Motel and built in 1962 for the Century 21 World’s Fair, the building has been reimagined with modern interiors and outdoor spaces in the spirit of jet travel, optimism, and a distinctly Seattle blend of technology and nature.  Building on themes of lightness, speed, ﬂight, and connections with nature, the design is fresh and bright, stylish and relaxed.

Standing three stories high, the transformed 27,433-square-foot building comprises 52 guest rooms. On the ground level is a lobby and event space, while on the second level are 26 guest rooms and a gym, and on the third level are additional 26 guest rooms. A rooftop Sky Lounge is planned for a future phase. The original hotel had been poorly renovated over the years, masking the original bones of the architecture and turning inward to avoid the noise of SR99/Aurora Ave. The existing lobby was dark and disconnected from both the surrounding cityscape and the guest rooms above. With the new tunnel placing the highway underground, the hotel owners sought to take advantage of the lower noise level and create an indoor-outdoor experience on the lobby level where the city's energy and pedestrian activity could be embraced by guests and travelers alike.

The renovated lobby features a new glass staircase with floating Douglas fir treads which bring guests to the upper level guest rooms. A new 1,000-square-foot ground level meeting room and event space can be partitioned into smaller rooms with sliding panels, or open up for one large event. A coffee shop is slated to open on the northeast corner of the lobby, with doors opening out onto a wood deck featuring built-in seating. On the hotel’s exterior, Wittman Estes worked with Noble Neon to create a new iconic neon sign that is visible from southbound SR99 and the surrounding neighborhood. At the hotel’s now pedestrian-friendly corner, a new 1,200-square-foot hardwood ipe deck and event space open the hotel up to the sidewalk, affording views north to the Lower Queen Anne neighborhood, Gates Foundation headquarters, and the Space Needle beyond. The entire lower level north façade of the building now features La Cantina folding doors which fully connect the event space to the outdoor deck.

On the upper two levels, the guest rooms are accessed via brightly painted yellow doors, balancing the necessity of a memorable interior with the need for a cool, sensory retreat. “The key to hotel rooms is to balance art and commerce,” says architect Matt Wittman. “We wanted to select materials that will last for a long time yet still bring a sense of luxury with them.” Wittman Estes also custom designed plywood furniture to echo the hotel’s mid-century history and bring a sense of warmth to each guest room. The custom furniture pieces include the bed headboard, nightstands, desk, credenza, and storage cabinet.

Working with the hotel owners to create a boutique hotel that is fresh and contemporary, as well as draws from the original spirit of the midcentury modern architecture of the hotel, Wittman Estes transformed the Civic Hotel to bring in sunlight, views, and a new awareness of the vibrant surrounding neighborhood. Landscape architect Jody Estes notes, “Matt and I have had a long interest in mid-century architecture. My doctoral thesis was focused on the architecture of the Seattle World’s Fair. It’s like it was meant to be!” As a design practice, both Wittman and Estes are deeply interested in the history of mid-century modern housing and landscapes, and how that era embodied optimism and an embrace of future and technology.