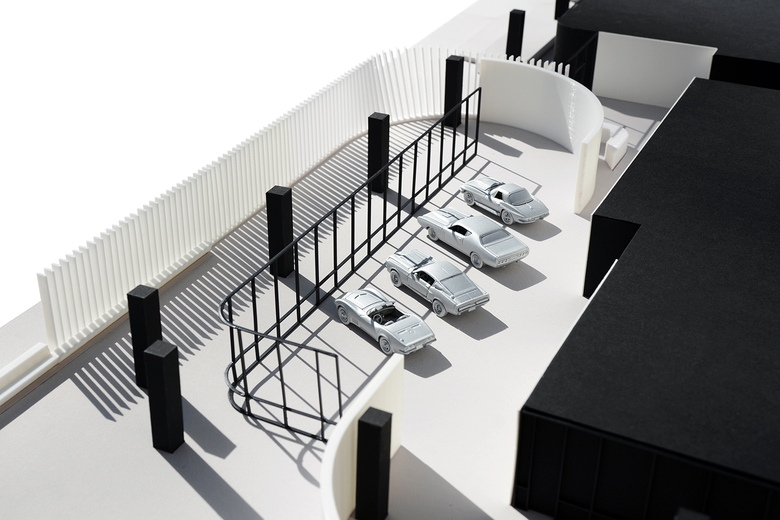 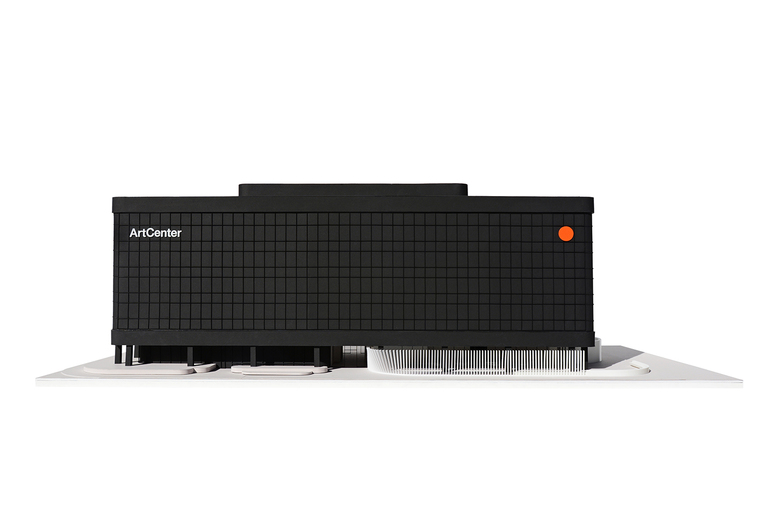 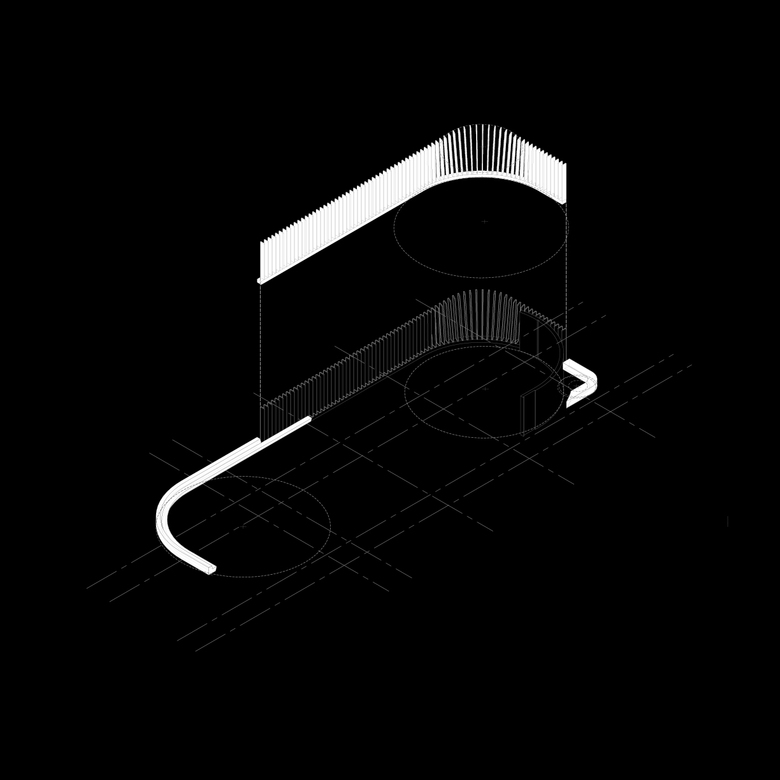 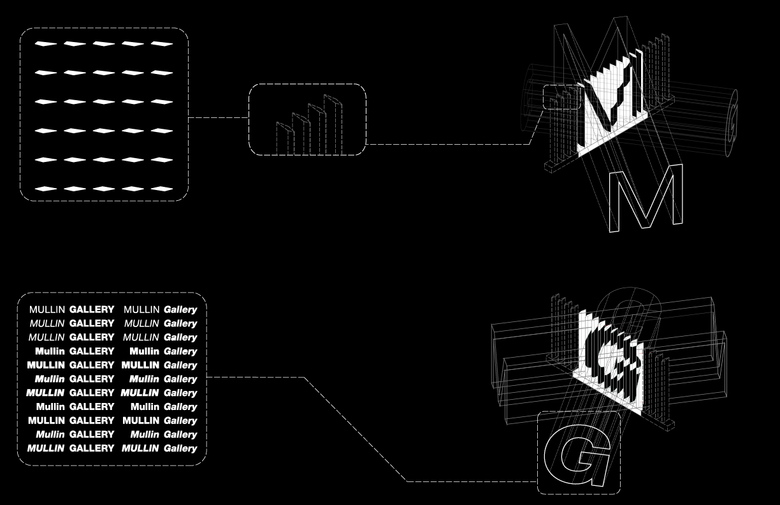 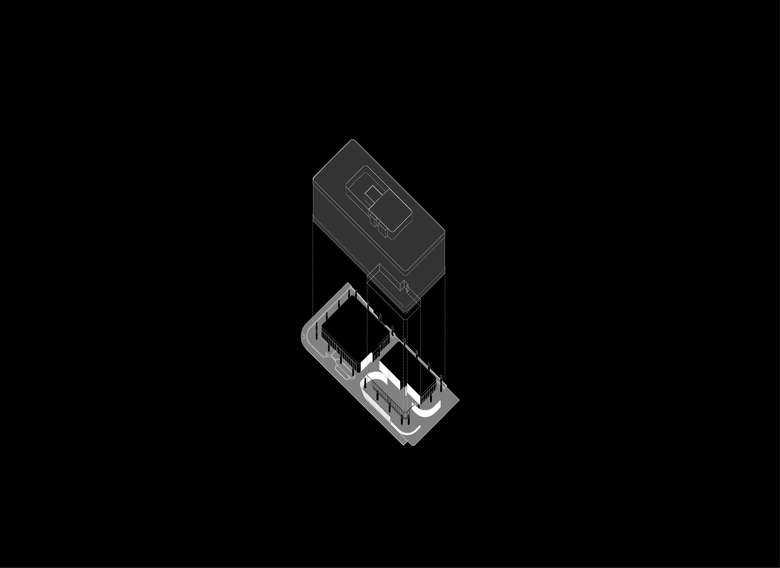 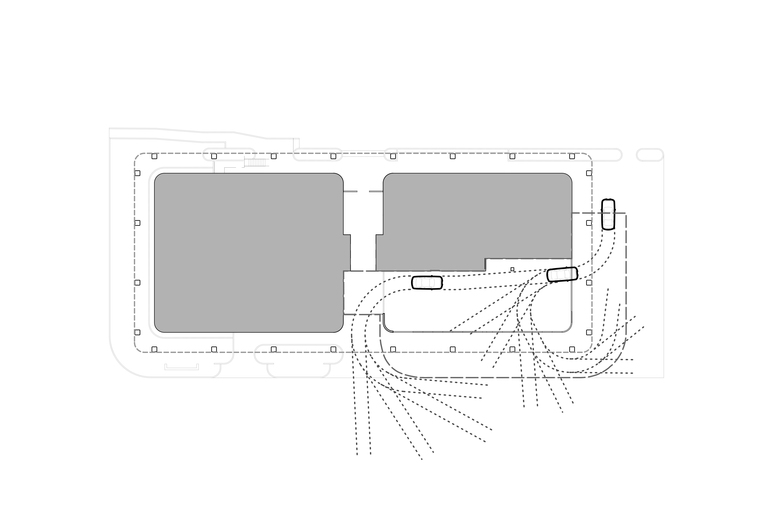 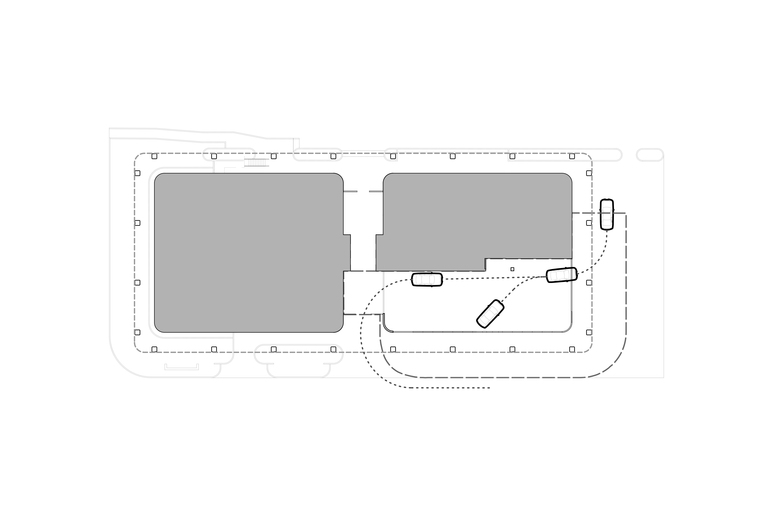 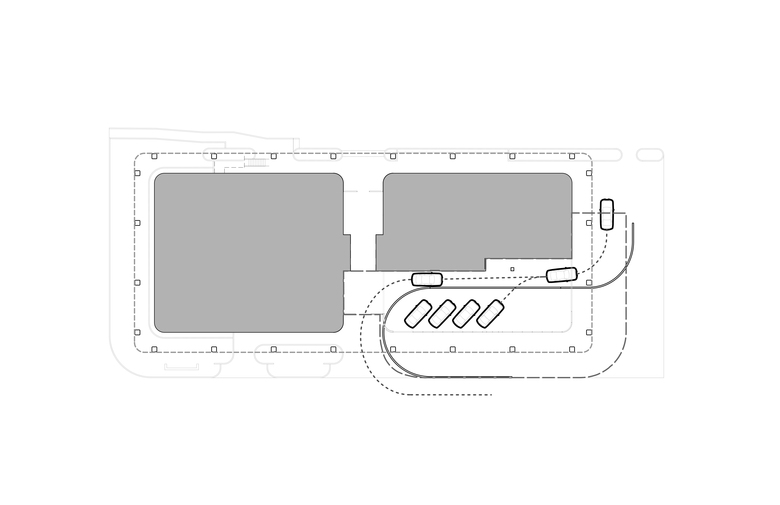 In 2014 Art Center College of Design purchased the 1111 South Arroyo Parkway building; a 1980’s mirrored, lozenge shaped, 128,000 square foot, six story high rise at the very end of the historic 110 freeway in Pasadena. By its position in the city, its location at the southern end of the future campus and its sheer scale it will eventually become the gateway to Art Center’s south campus. Even now it functions as a kind of marker into the city of Pasadena. The building represents a great urban opportunity for the school. This is particularly true for the ground floor and the way it relates to the public realm. When we were asked to create a small gallery named for the donor Peter Mullin on the ground floor of 1111 we naturally analyzed it in the context of city. Through that study, we realized the project needed to be turned inside out to function as a gallery, a signifier for the school and a cultural destination in this part of the city.

The modest 6,300 square foot space is programmed to function as an automotive gallery (in keeping with the donor’s passions and prolific car collection) and a fine art gallery. The automobile itself became both an object of art and instrument for viewing art in the development of the project.

As the diagram developed we began to ruminate on two fundamental works of twentieth century architecture. The Villa Savoye became a simple point of contact as we worked the cars through the diagram and began concretizing the arcing forms dictated by the turn of the wheel. The spatial envelope, literally captured by the high rise above and the parking structure below, is bounded vertically. In this way we began to think about slipping in and out of the envelope horizontally conjuring Mies Van Der Rohe and the German pavilion in Barcelona.