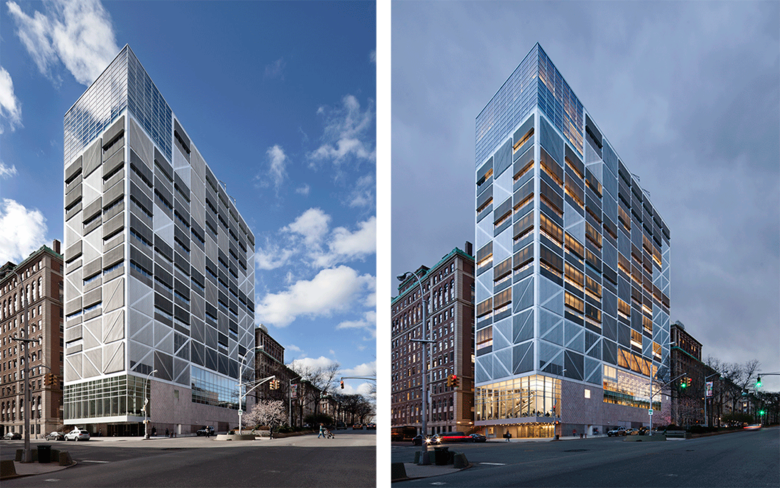 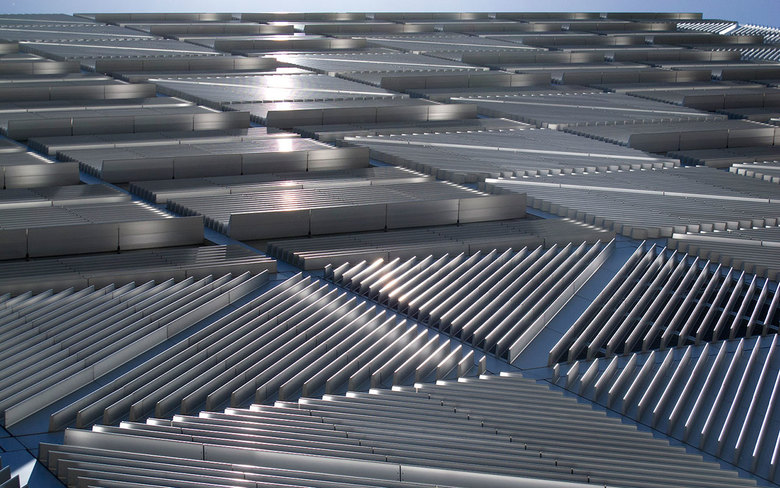 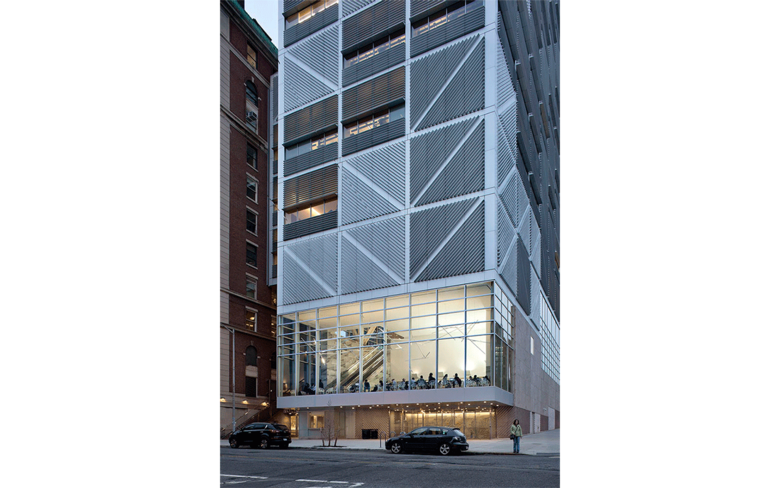 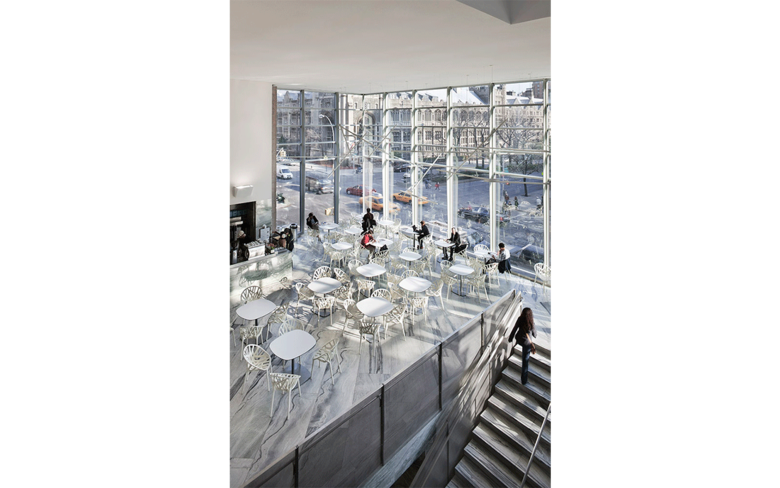 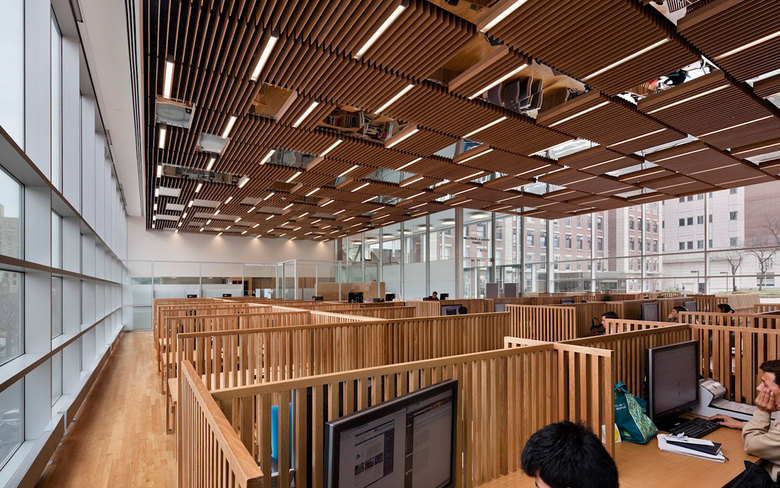 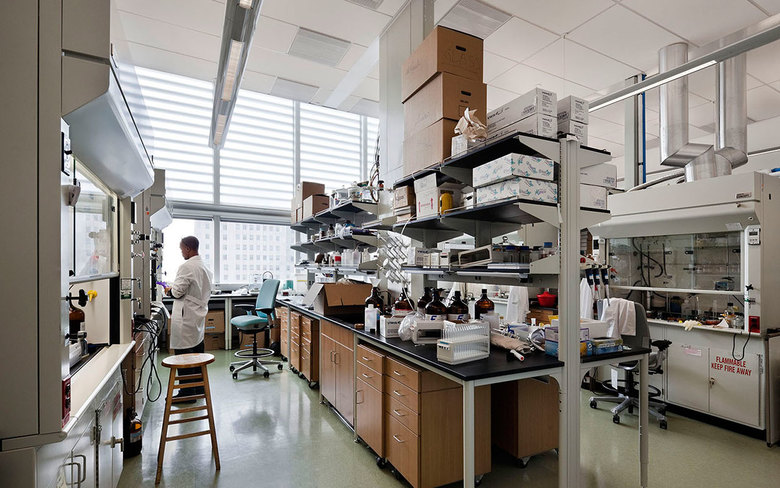 Columbia University, one of the world most prestigious institutions for arts and sciences, greatly expands its capabilities with this building for interdisciplinary scientific research. The building is located on the Northwest corner of the University’s historic Morningside Heights Campus designed by McKim, Mead and White in 1897. In addition to the design of urban infrastructure and planning, the project adds approximately 4.500 m2 of laboratory space and 2.000 m2 of classroom, office and study space. It also includes a 1.300 m2 research library, a 170-seat auditorium, a public café and a new entrance to the Campus and the University’s Basketball and Volleyball Gymnasium. All the interior design of these new educational spaces was done by Moneo Brock.
Constructed above the existing Francis S. Levien Gymnasium, the site conditions posed a significant structural challenge requiring that the new building span over the 125 foot wide facility, while maintaining large open floors for laboratories, whose structural slabs needed to be stiff enough for the use of microscopes and other vibration-sensitive equipment.
This structural feat became the defining gesture of this architectural project. By representing the structural frame on the building façade through the application of aluminum fins oriented in parallel to the frame elements, the design reveals the varied geometry of bracing elements in the resultant patchwork of light and shadow. Even as it appears to incorporate a free arrangement of diagonal truss elements, the structural frame is in fact precisely responsive to a series of eccentric loading factors integral to the design of the building volume and to the internal distribution of programmatic elements within it. The building's campus facade is almost entirely glass, revealing the interior workings of the building and emphasizing openness and a connection to the campus community.
Besides providing critical program spaces for the University, the building also forms a new gateway to the Morningside Campus, incorporating in its northern end a fluid sequence of brightly and naturally-lit spaces along a path between the street corner and the Campus level some 10 meters higher. All this is fit alongside elevator cores and service shafts within a constrained footprint in the building area not already occupied by the gymnasium.